It’s the 5th of January and I’m on a plane, migrating to what will be my 5th home abroad.

Like many of my moves abroad, this one has been a long time coming and it feels surreal that I’ll soon be landing in the country I’ll call home for the next 6 months. This is what I love about travelling though, sometimes a decision can be relatively easy to make and then it snowballs into a complicated reality. Not much has changed in that sense for me since I made my first decision to move abroad.

I’m moving to Spain to be an English Language Assistant, and I don’t speak any Spanish. But aren’t you teaching English? I can hear you ask. Well, let’s just say it’s not that easy, and leave that one for a further post!

And even though I’ve done this before I’m nervous.

Even that one travel song, the one that I always play when I’m facing a new situation in life doesn’t seem to fit so well this time.

Whatever happens, I’m sure it’ll be an adventure!

I’ve taken a job as an English Language Assistant through an agreement between the New Zealand and Spanish government, and I’ll be working in a secondary and primary school in Almería, in south east Spain.

This means many more posts about living abroad, especially in a country with a different language to my own!

I’ll be writing a weekly update about living abroad in Spain, and teaching English in Spain. Outside of this I’ll continue to post about places I’ve travelled to previously, as well as some upcoming travels in Spain and abroad (hint: more about my favourite place is on the cards!)

I also plan to interview other expats about their experiences living abroad in different places, so this blog can become a resource for those of you who might want to make the leap to living abroad. Here’s a reminder of why you shouldn’t be afraid to!

Don’t forget to follow along on Facebook to see when the latest posts are up, and sign up to the monthly newsletter for more details. If there’s something you want to know about, I’d love to hear from you!

After my teaching English job has finished I’ll have the summer in Europe before deciding on plans ahead. It’s going to be a busy year!

Happy New Year everyone, hope you have some exciting adventures ahead, and don’t forget they don’t have to be huge travel adventures!

P.S. If you’re an expat interested in being featured on the blog, get in touch! 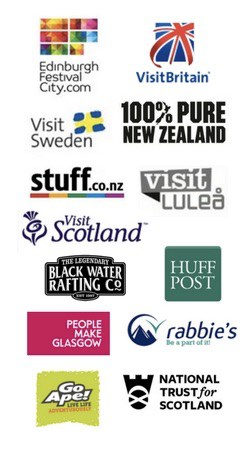 Find out more here
Popular Posts
Not sure where to go next? Check out these!