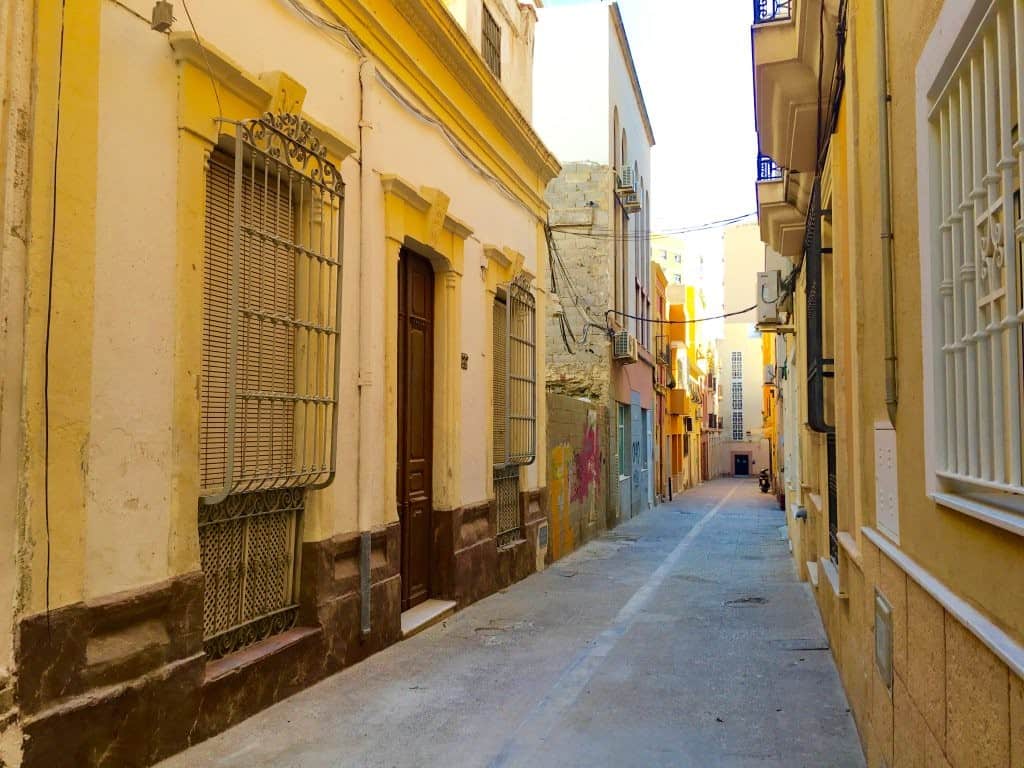 This post is part of a weekly series on living abroad in Spain. Check out previous posts like How I Moved to Spain to Teach English and Did I Make a Mistake Moving to Spain?

I have a confession to make. Before this year, I had only lived in countries that spoke English, my native tongue.

It felt like I had a glaring hole in my living abroad experience because each time I moved abroad it was to an English speaking country. Of course there are still differences in moving to a country that speaks the same language, but the shared history meant it always felt a little familiar.

I didn’t choose to move to only English speaking countries because I was afraid of moving to a country where English wasn’t the first language, I always wanted to live somewhere that spoke that foreign language but it just never quite happened.

When I was 15 I made my first decision to move abroad, and I didn’t make the choice to move to the United States because they spoke English, but because I always wanted to go to school there (blame The Babysitters Club!). Canada and Australia were financial moves, then I lived abroad in Edinburgh rather than the more common choice of moving to London. I might have had some trouble understanding some of what was going on to begin with, but the Scots do speak English!

I moved to Spain because I wanted to finally live in a country that didn’t speak English. Do I speak Spanish? No. While it’s been more difficult because of this and I’ve have my moments, I’ve started to become settled in my life in Spain and it’s turning out to be one of my best decisions yet.

So, why should you live abroad in a country that doesn’t speak your language?

1. Learn the benefit of a smile

Smiling goes a long way, as do hand movements! When you can’t speak the same language you learn how important body language is, and how nice it is when you can tell how friendly people are being, even when you can’t understand what they’re saying.

2. Learn how to cope and find ways to make it work

No clue what people are talking about? It may not be perfect, but there is Google Translate. Sometimes it won’t pick up the nuances of what you want to say but when I’m really stuck it definitely helps!

In a broader sense, moving to a country that speaks a different language teaches you more about yourself and how you cope with stressful situations. I’ve never noticed so clearly before how impatient I am! Another thing I didn’t expect when I moved to a country that doesn’t speak English was that I would have to learn to rely more on others to help me, which I also wasn’t so aware I don’t like doing.

3. Learn different systems and ways to do things

Living in several countries has given me an appreciation for the different ways that systems work, from everything to setting up a bank account to recycling or the different kinds of shops available. Dealing with so many different systems can be frustrating, especially when they don’t seem to make sense and you know it’s so much easier somewhere else, but once again it teaches patience and flexibility. Plus, should I ever want to run for government (I don’t!) I feel like I’d have a good idea about how some things could be improved!

This is the most obvious reason to move to a country where your native language isn’t widely spoken. A smile and and hand gestures might get you most of the way, but ultimately it can be tiring to not be able to properly communicate. I’m embarrassed I only speak one language, and moving to Spain is my kick in the butt to finally stop trying to half-heartedly learn Spanish and actually do it.

Moving to another country doesn’t guarantee learning the language though. It’s easy to build a bubble for yourself in your own language. I could communicate only in English in Spain if I wanted to, since everyone seems to want to learn, I live with a friend who speaks English, and I can get by in social situations. Instead I have been trying to learn as much as possible, and while most of the time I’m not that confident to try and form whole sentences, or I feel stupid speaking Spanglish, I’m slowly getting there!

5. Really travel off the beaten track

In the world of travelling people often talk about getting off the beaten path, finding “authentic” ways to travel and immersing yourself in another culture. You can’t REALLY do this though, unless you stay somewhere for longer. There are things you can only learn by living somewhere, and especially somewhere that doesn’t speak your language. I took me 3 weeks in Spain to realise why they give me a fork with my toast at breakfast, and I’m sure there are many more basic (and complex!) things I won’t understand for a good while longer! To really appreciate another culture though you’ll need to make sure you don’t stick to a bubble of your own making, especially if it’s somewhere popular with expats.

Ultimately, even if you find it really hard, even if you hate it, even if you don’t stick it out and go home, you won’t regret moving to a country that doesn’t speak your language. There’s too much to learn and be gained from the experience. That’s when you have the opportunity to really learn, grow, and be thrown into another culture. How could regret giving a chance to something that could change your life? Because you might also find it works out and you’ve made one of your best destinations ever.

Have you lived in a country that didn’t speak your own language? Why did you go and did it work out? 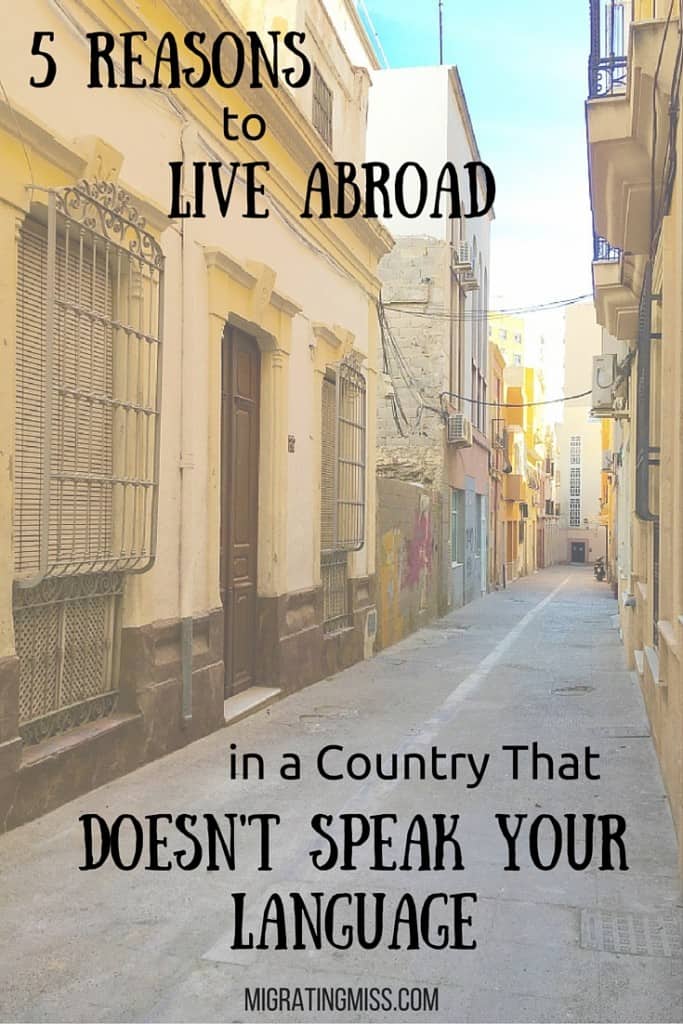