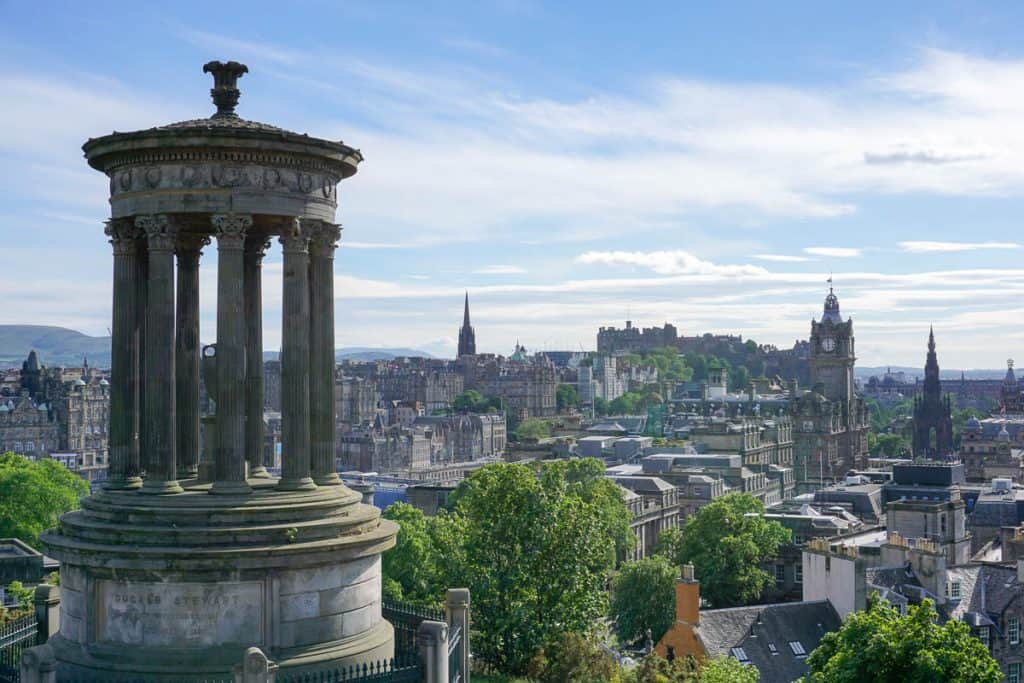 It’s easier than you think to live in a city for years and never discover the stories behind the things you walk past every day. It’s even simpler to visit a new place and only stop by the top recommended things to see or do, without knowing the full story behind them or that there’s something else just as interesting (if not more) to see along the way.

Scotland is celebrating a year of history, heritage, and archaeology in 2017, and in a bid to help locals and tourists alike discover facets of Edinburgh they might not have otherwise, This is Edinburgh have launched a campaign to tell the tales of Edinburgh through objects. #Edinburgh101 is an opportunity to recognise some of Edinburgh’s best known historical and archaeological sites, as well as uncover the lesser-known stories of many others.

Climbing Arthur’s Seat is one of the most popular things to do in Edinburgh, but do you know about the collection of tiny coffins containing miniature dolls that were uncovered there by a group of schoolboys in 1836? Calton Hill is a favourite viewpoint overlooking Edinburgh, but have you examined the stone cairn that is a tribute to democracy in Scotland and the Scottish Parliament, complete with stones donated from places like Paris, and Auschwitz? 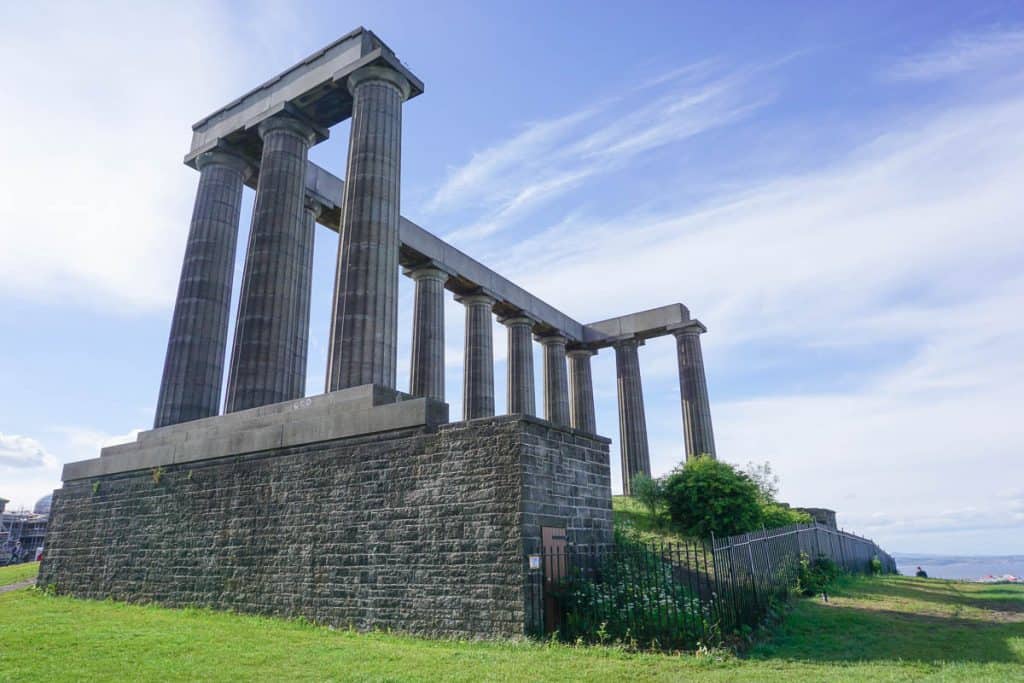 It’s always been a popular goal in travel to see what hasn’t been seen, to go where others haven’t, or learn something new and unique about somewhere that’s been viewed many times before. Edinburgh has so many amazing things to do and places to see, but even the hidden gems are in the spotlight more, especially on Instagram. Are you sick of seeing the same top ten things everyone else does, and not even knowing why? Then why not try and discover Edinburgh in a new way?

Edinburgh’s 101 objects are diverse in both scale and nature, so to give you an idea I’ll share a few that I visited on a recent tour of the New Town with Edinburgh World Heritage. Even though I’ve walked through these streets for several years I saw things I’d never noticed and heard tales I never knew.

For five and a half years after the 10th April 1992, when a Conservative Government won their 4th election in a row, a vigil was held on Calton Hill for a Scottish Parliament. It finally came to fruition after a 1997 referendum saw Scotland vote yes in favour of a Scottish Parliament with devolved powers.

Object number 87, the Parliament Cairn, was built in commemoration of this vigil (which I had never heard of!) and includes stones from Auschwitz, in memory of Jane Haining, a Scottish teacher who died there, a stone from Paris commemorating students who fought for more democratic rights, and one from near Robert Burns cottage in Ayrshire. 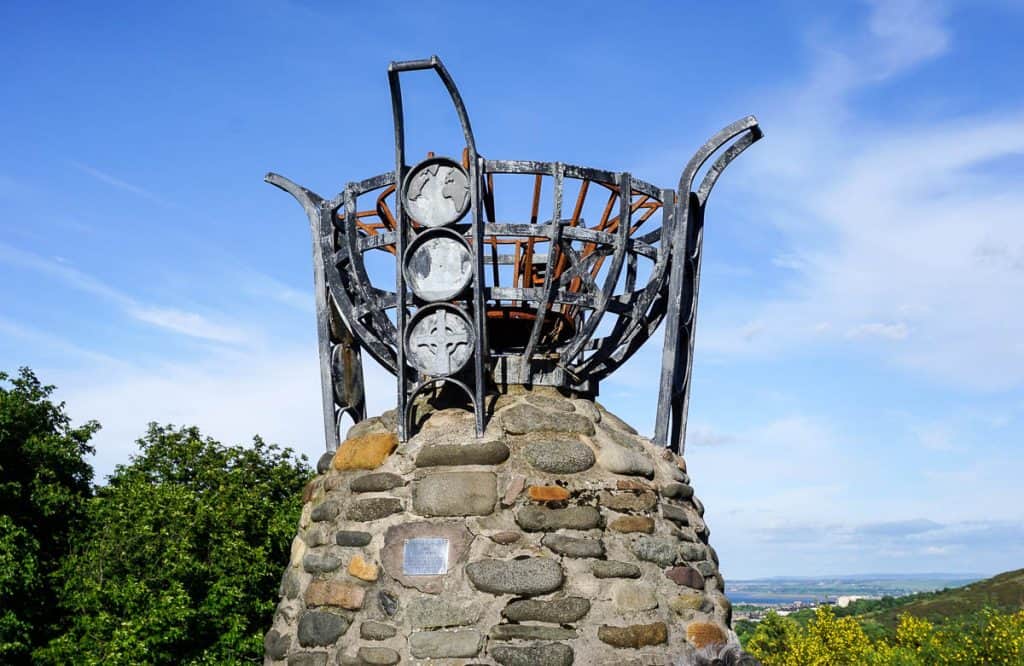 In 1886 Edinburgh held a World Expo on the Meadows, allowing thousands to gaze in wonderment upon the latest inventions and works of art. Sadly at the end of the summer the building had to be dismantled, but some of the objects were salvaged, including 9 tiles showcasing inventors at the point of discovery.

The gold medal award winning tiles were part of the Royal Doulton pottery display can now be found gracing the walls of the Cafe Royal, in itself a beautiful Victorian pub that was originally a bath and kitchen showroom! 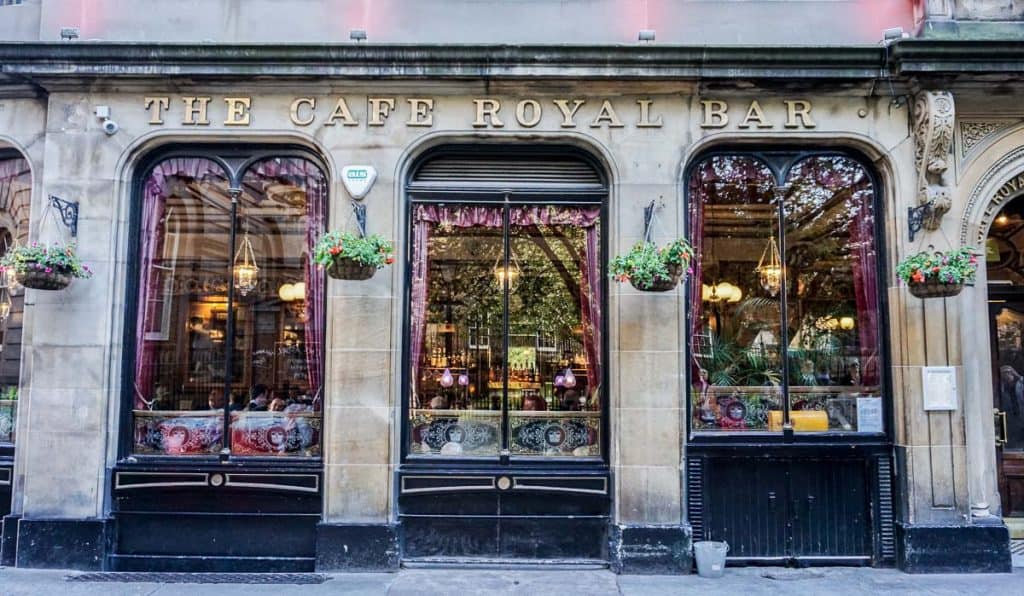 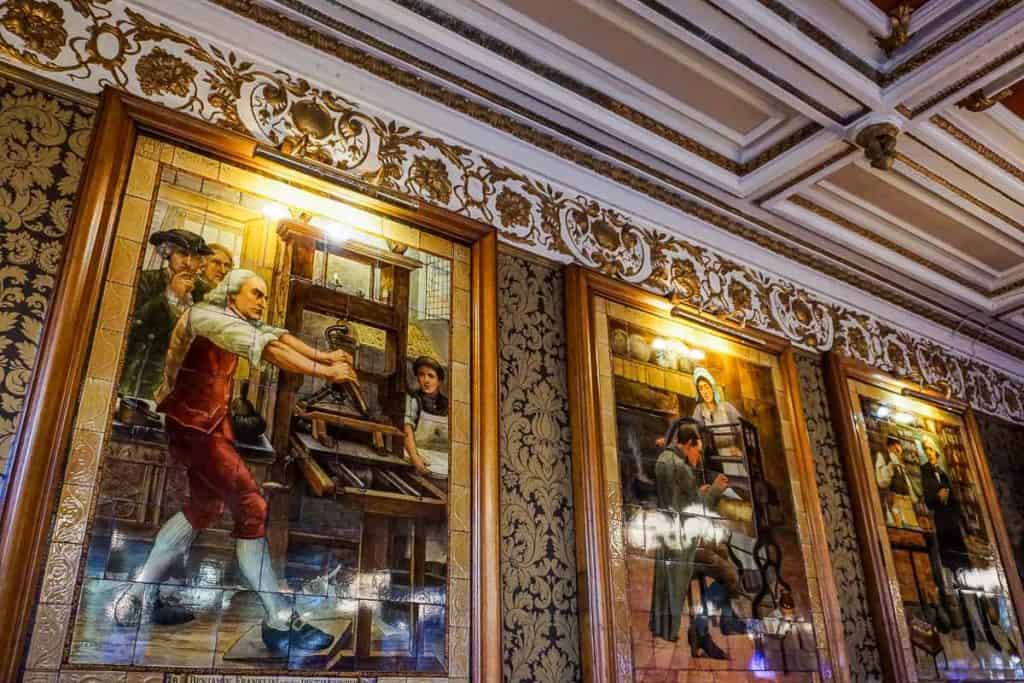 Rose Street is currently a popular pub street in Edinburgh, just as it was the favourite drinking hangout for a number of new wave poets in the 1950s and 60s, one of whom was George MacKay Brown. Now at the end of Rose Street, you can find one of his poems, ‘Beachcomber’, brought to life in a steel cut illustration by Astrid Jaekel. Walk from left to right to see a window for every day of the week in a beachcombers life. 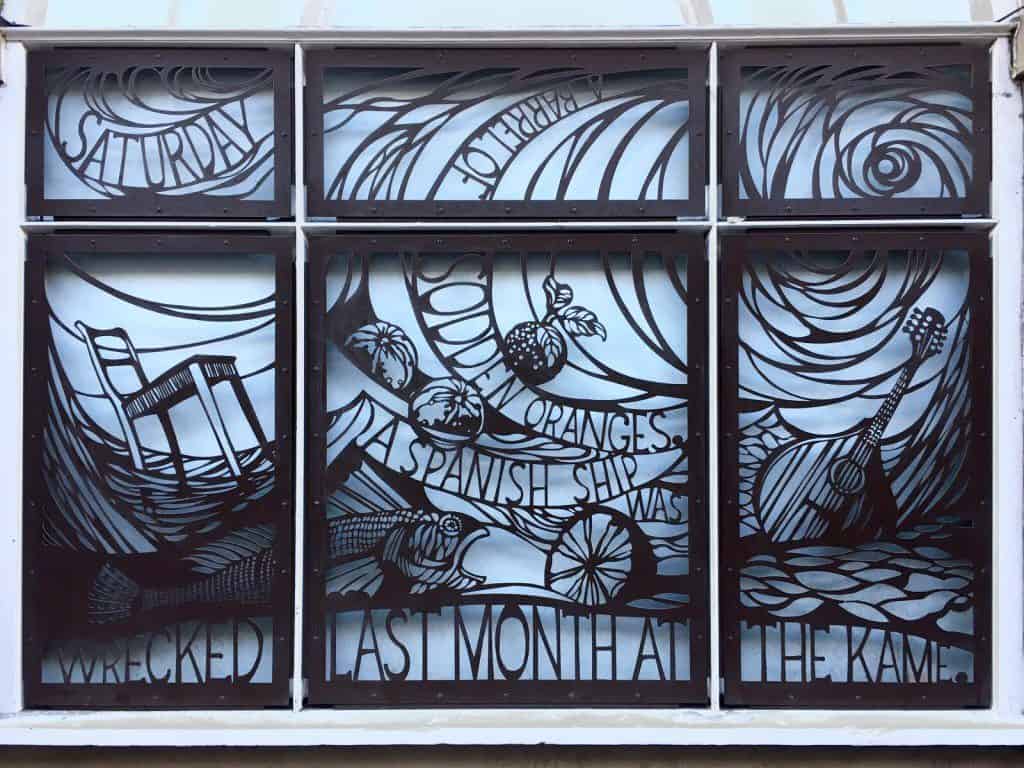 Edinburgh has a rich literary history, and Ian Rankin’s fictional Inspector Rebus series is certainly among some of the most popular. It follows Detective Inspector John Rebus on a journey through Edinburgh’s past and present.

This pub on a lane behind George Street in the New Town is where Rankin himself would enjoy a drink, as well as gain inspirations for the characters in his novels. The “Oxford” is so-called because it was down the road from the Oxford University Press. 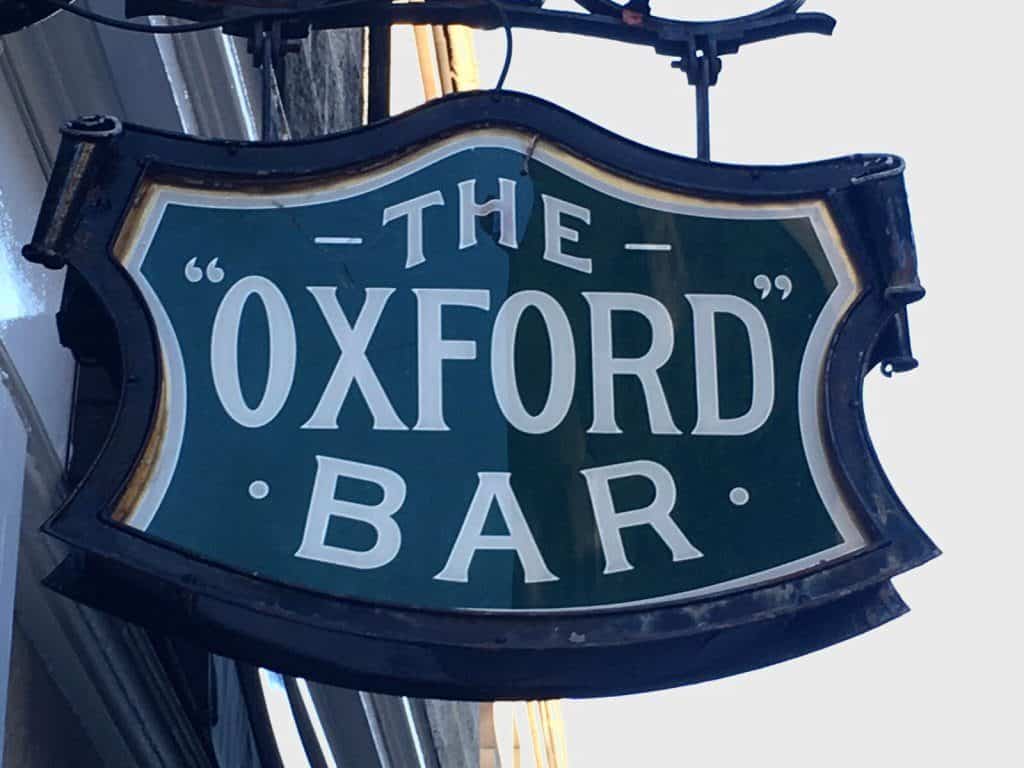 But don’t think Edinburgh’s 101 objects are all about ancient history because amongst them is a signed transcript of the first Trainspotting movie, as well as a fan photo of the Bay City Rollers, a teenage band from Edinburgh. There’s something on the list worth discovering for everyone. 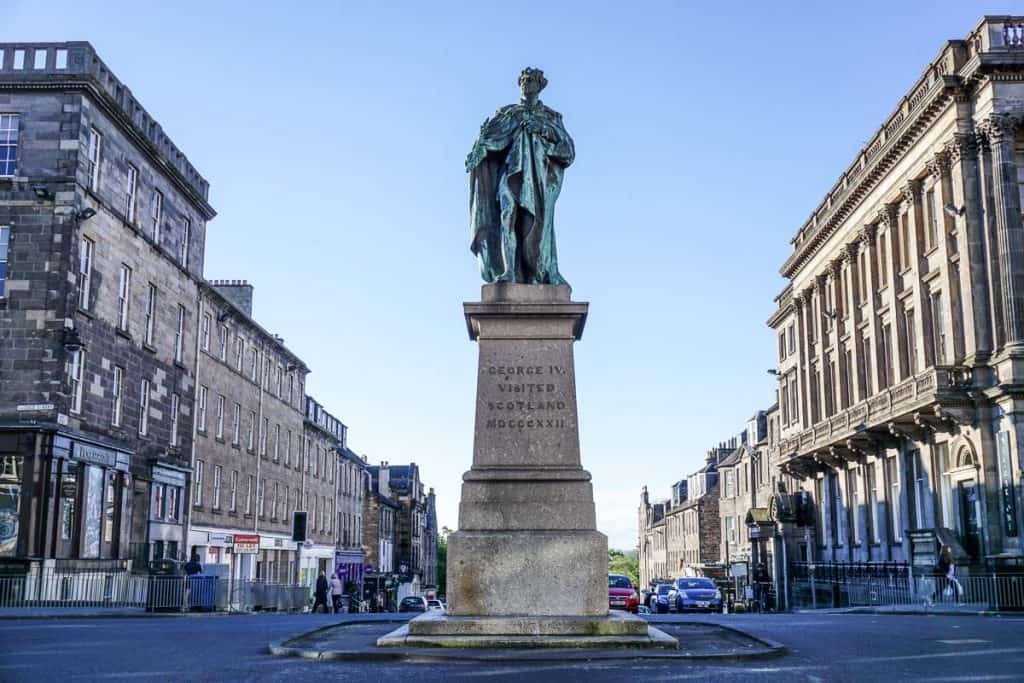 You can discover Edinburgh’s 101 objects on the This is Edinburgh website by searching according to a theme, or on a map. While the campaign technically runs until May 2018, most of these objects have been a part of the fabric of life in Edinburgh for many years and they’ll continue to be a part of the future. You just need to look a little more carefully to uncover the unique stories of Edinburgh that are everywhere you look.

Have time to escape the city when you visit Scotland? Check out how to spend a week in East Scotland, or why you should visit the Isles of Lewis and Harris.

Do you try to uncover the less obvious tales behind the things you see when you travel? 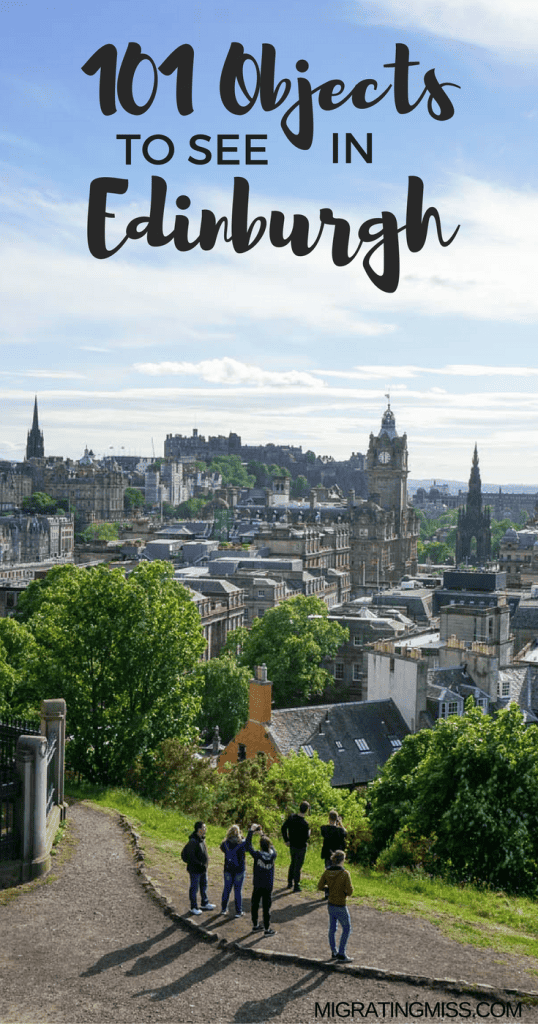 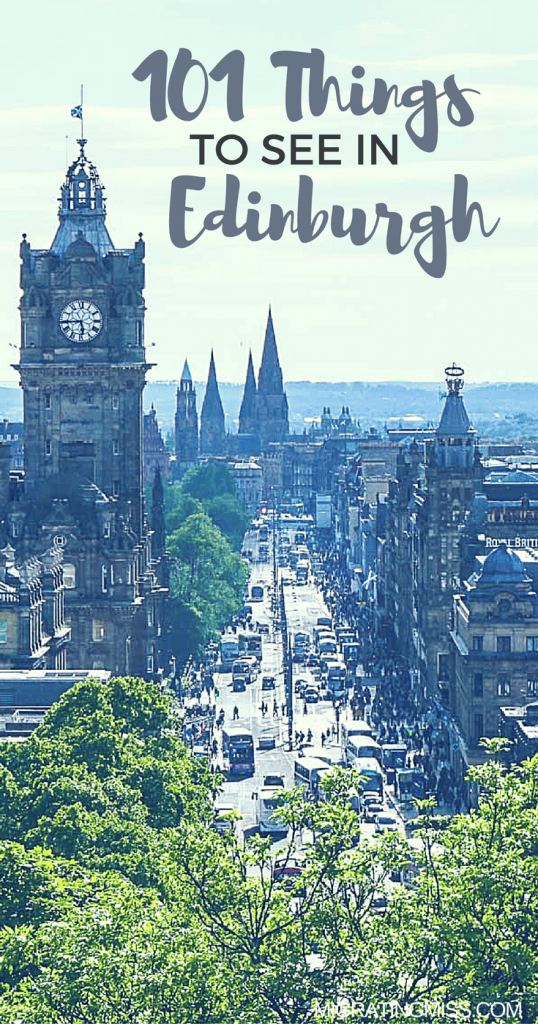 28 thoughts on “Discovering Edinburgh Through 101 Objects”