Driving from Edinburgh to Glencoe is one of my absolute favourite road trips in Scotland. There are plenty of amazing stops along the way, and a fantastic mixture of scenery with green and lush lowlands, lochs, picturesque towns, hidden gems, and the stunning change of entering the highlands with it’s more rugged scenery. And that’s before you even get to Glencoe!

Why drive to Glencoe?

Many people travelling to Edinburgh or Glasgow do so without a car and rely on organised tours to see the rest of Scotland if they have extra time.

While there are some fantastic tour companies offering great tours, I also love the freedom of having your own car and really think it’s the best way to see Scotland. Especially on the Edinburgh to Glencoe trip since there are SO many places to stop, and tours tend to try to include Glencoe on a much bigger tour heading towards Loch Ness or the Western Isles.

There’s so much more to see on the way there and beautiful stops in the glen itself that I think it’s worth doing it with a car for the freedom! 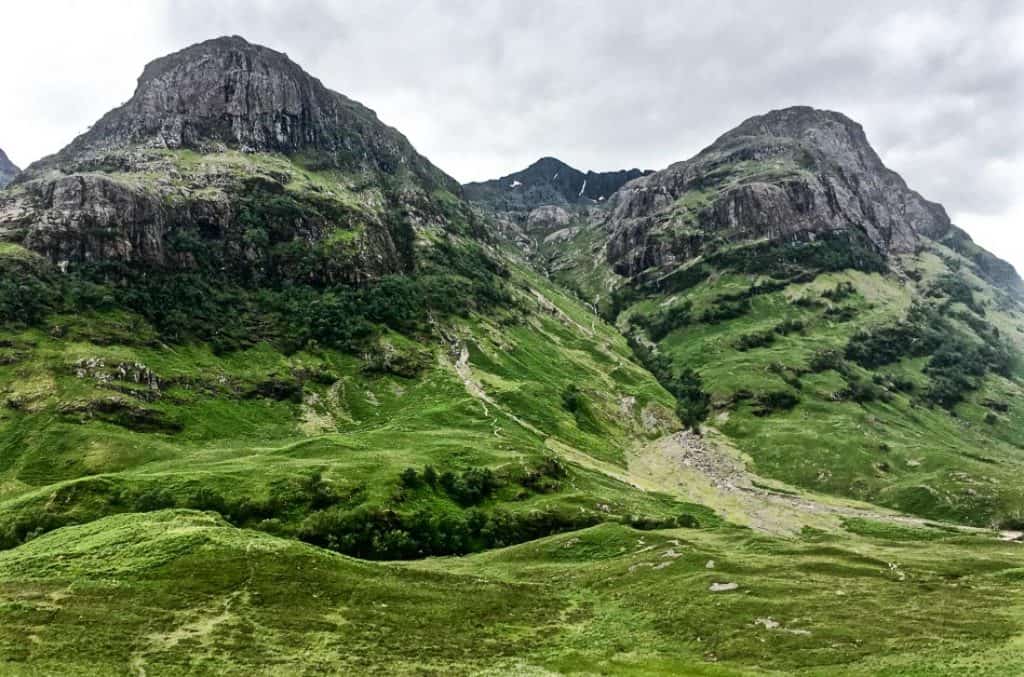 How long does the drive take?

It is possible to complete a roundtrip from Edinburgh to Glencoe in one day, but it does involve a lot of driving! One way to Glencoe is around 3 hours, so you’d need to allow at least 6 hours of driving time, plus all of the stops. It’s best attempted when the daylight is longer in the summer months, or better yet plan to spend the night somewhere along the route, or around Glencoe.

Of course, if you have the time then staying near Glencoe and exploring the area more is a fantastic idea. Then you can take your time getting there and see more along the way since you’ll have the whole day. There are also some other drives nearby like the beautiful Glen Etive road!

Renting a car in Edinburgh

Recently, Avis Car Hire asked me to help them create a road trip guide to some of my favourite places within one day’s drive of Edinburgh. Avis have a car hire location at Edinburgh airport and in the city centre so it’s easy to hire a car for a day or two and see more of Scotland!

For the one day road trip from Edinburgh guide, I decided to focus on Glencoe as the ultimate destination since that’s where I always recommend people to go when they want to see Scotland outside of the city. I chose some of my favourite hidden gems and well-known spots along the way.

You can check out the finished Avis guide here!

My favourite stops along the drive to Glencoe

A Kelpie is a mythical creature that could be found around waterways across Scotland and has now been immortalised in the 30-metre high horse-head sculptures at the Forth and Clyde Canal. The Kelpies can be seen from the M9 as you drive from Edinburgh towards Stirling, but if you do have a little extra time they’re worth a closer look too! 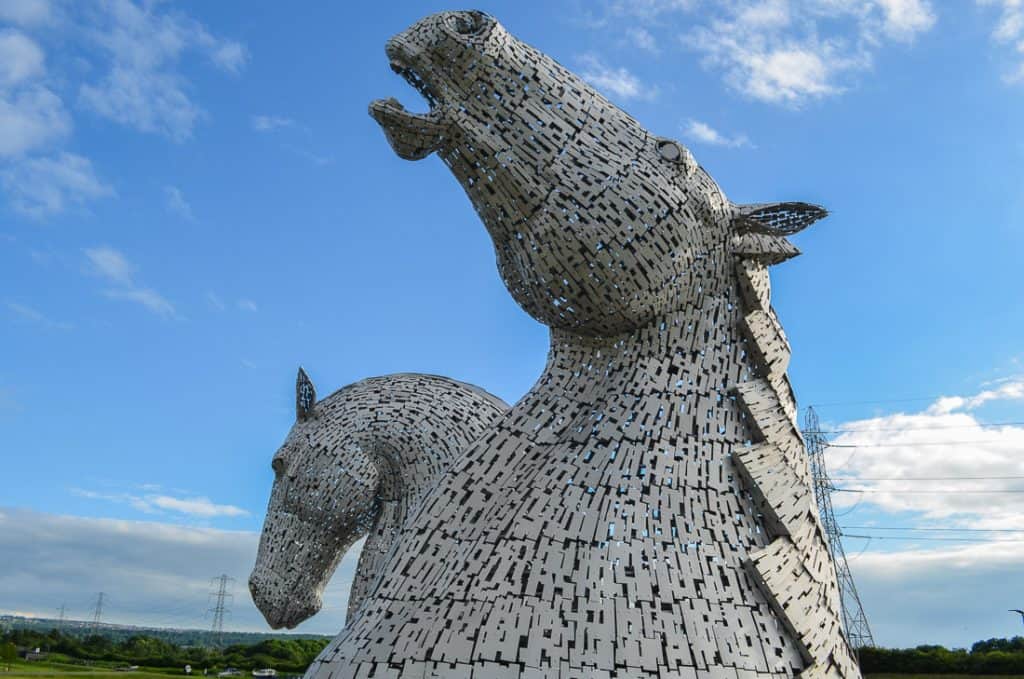 Although it’s tempting to skip past Stirling on the motorway, catching just a glimpse of Stirling Castle as you do so, I’d really recommend a pit stop in this historic city. If you want to learn more about the way historic buildings and sites and preserved and maintained in Scotland then The Engine Shed has interactive displays that will allow you to do just that.

There’s Stirling Castle and the Wallace Monument just outside the town of course. But make sure you wander downtown and visit Made in Stirling, an amazing shop that supports local artists and designers, showcasing all the beautiful art and things made in the area. It’s the perfect spot to get a unique gift or keepsake to remember your epic road trip!

Just outside of Stirling is the Blair Drummond Smiddy Farm Shop, Butchery and Cafe. It’s a great place to stop for a break since there’s plenty of parking, a beautiful shop crafts, and delicious foods from around Scotland, a butchery and a cafe where you can grab something to eat in or take away. The toasted sandwiches and hand cut chips are divine! 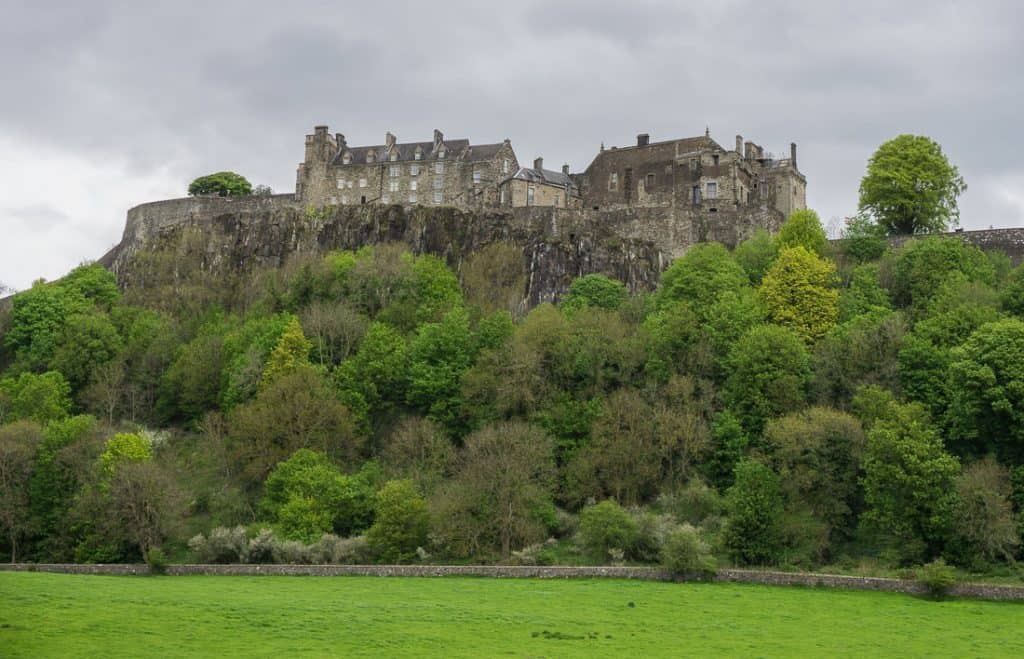 I love this castle. It’s not the grandest, biggest, oldest, or even the most beautiful, but I love it all the same. Aside from featuring in some prominent moments in history, the medieval castle has featured in several films and TV programs. The commentary in the audio guide is by Monty Python member Terry Jones and Sam Heughan of Outlander fame. Don’t miss going all the way to the roof for the views! 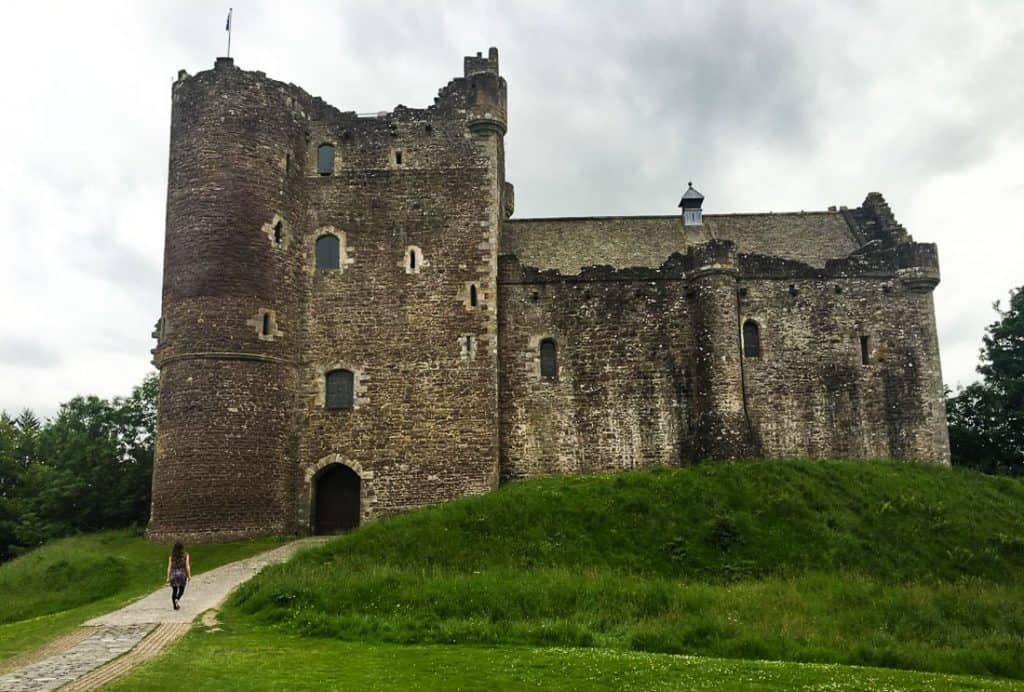 If you haven’t stopped yet, then Callander is a great option. At the boundary of the lowlands and highlands of Scotland, it’s just before the scenery gets much more dramatic. The town itself has lots of places to grab a coffee or something to eat, including Mhor Bread with their delicious steak and haggis pies. Get something and then continue along the road to the picnic spot at Loch Lubnaig, a beautiful scenic area where you can relax and enjoy a break. 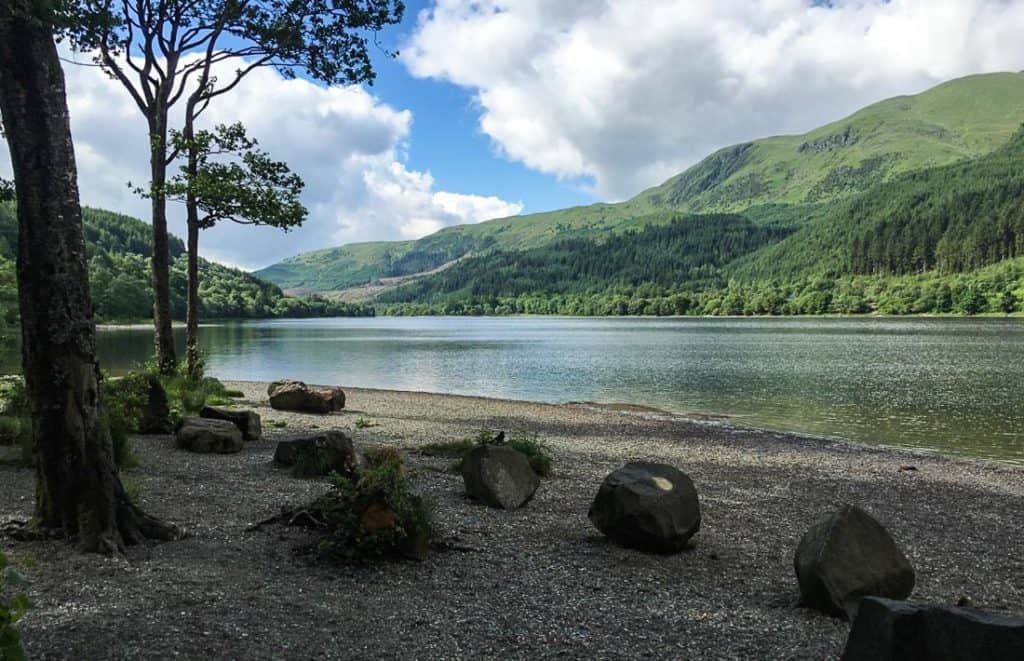 If you’re starting out from Glasgow, or planning on coming back the same sort of way, then I’d highly recommend driving further through Loch Lomond National Park than you would if you stick to the route through Callander. From the loch it’s north to Glencoe. When you return you can go through Callander instead! This is really only recommended if you’re staying overnight on the trip since it does add time to your drive, or if you’re not making too many other stops.

You can turn off at Stirling (or backtrack slightly after Doune, since it’s only just up the road) and drive towards Luss on the western shore of the loch. Its a picturesque lochside village with views across to Ben Lomond and of the surrounding mountains.

My favourite new discovery is the Luss Smokehouse, where they smoke locally caught sustainable trout and salmon onsite. The new store sells packets and sandwiches to take away, as well as coffee and other Scotland made goods. I always leave wishing I’d brought more smoked salmon!! 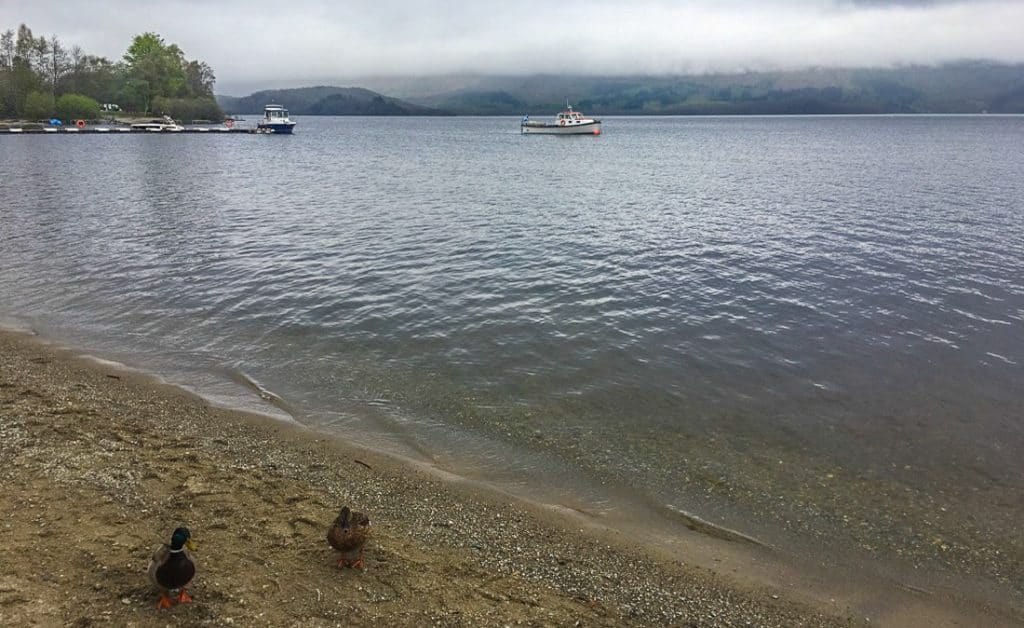 Culross, pronounced (Coo-Ross, because Fife), is a little bit of an anomaly on the list. It’s located across the Firth of Forth north of Edinburgh, not too far from the new Queensferry Crossing. You’ll pass through here if you choose to go north straight out of the city before heading west for Glencoe, or if you want to take a different route on your way back instead of going through Stirling and along the M9. It’s a chance to see a little more of Scotland and Fife, a rather underrated area.

The charming village was recently used in the filming of the popular Outlander TV series, thanks to its well-preserved medieval looking streets and buildings. Culross Palace with its distinctive yellow colour is a beautiful spot, and there’s even a tearoom named after Lallybroch, a location in Outlander. The Red Lion Inn is lovely on a sunny day with its outdoor tables, or if you can get a spot in the cosy inside. They serve some traditional Scottish pub grub and sticky toffee pudding for dessert!

And now for the star of the show, Glencoe itself. Here are some of my favourite spots to stop for photos as you drive towards and through the glen.

You’ll spot this distinctive pointy mountain as you drive across Rannoch Moor towards Glencoe. There are some great spots on the side of the road where you can take pictures.

After you’ve passed the mountain, be sure to look back (not if you’re driving of course!) to see the totally different view from the other side. You’ll spot a small white cottage, the first of two in the area that feature in many photos of Glencoe. 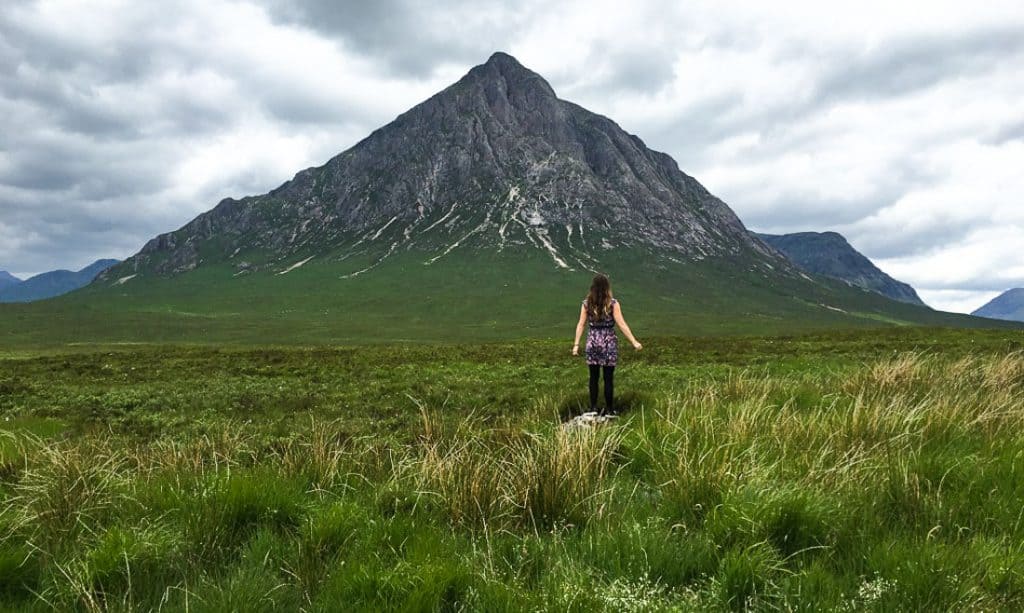 The Three Sisters are three steep ridges stretching down from Bidean nam Bian, and they form a prominent feature in Glencoe.

After Buachaille Etive Mor the road narrows as you pass through Glencoe. Watch out for waterfalls and marvel at the steep mountain ridges, before it opens up slightly as you drive alongside the Three Sisters.

There are several bays where you can pull over and admire the view, and also some small paths that lead you on a walk between the bays. I like getting off the roadside and further down into the glen for different views.

As you near the end of this stretch you’ll see the second white cottage in a picturesque spot below the mountain ridges. 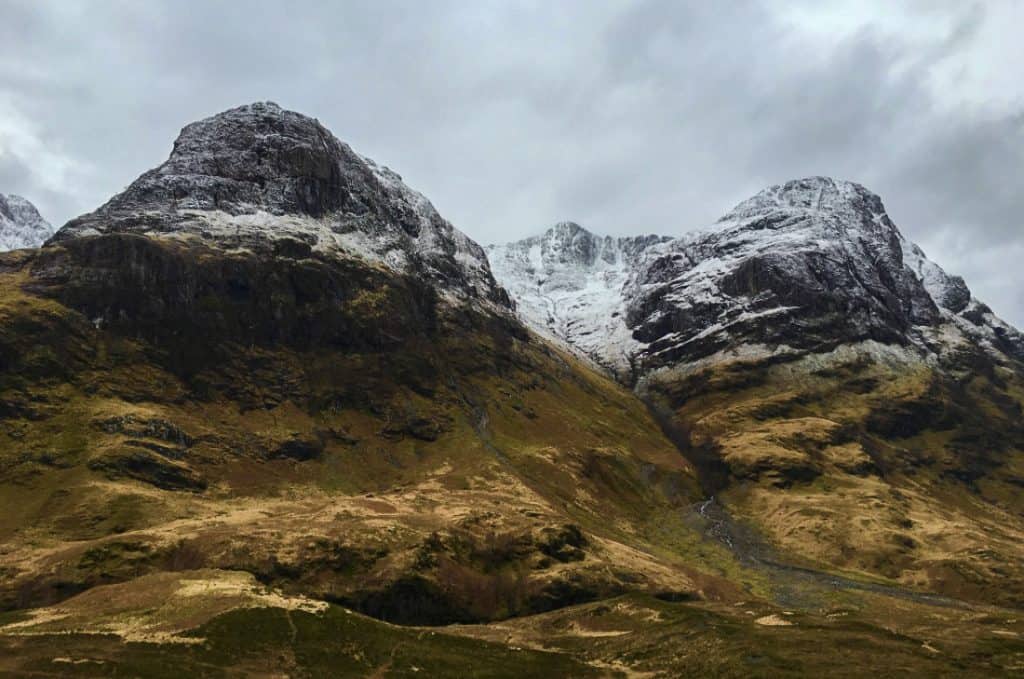 Just at the end of the glen is the Glencoe Visitor Centre. You can stop here if you want to learn more about the area, the wildlife, and some of the history. There’s also a cafe so depending on the time of day you’re passing by it can be a lifesaver!

If you go right through behind the Centre there are some short walking paths that take you to see another angle looking back at Glencoe. 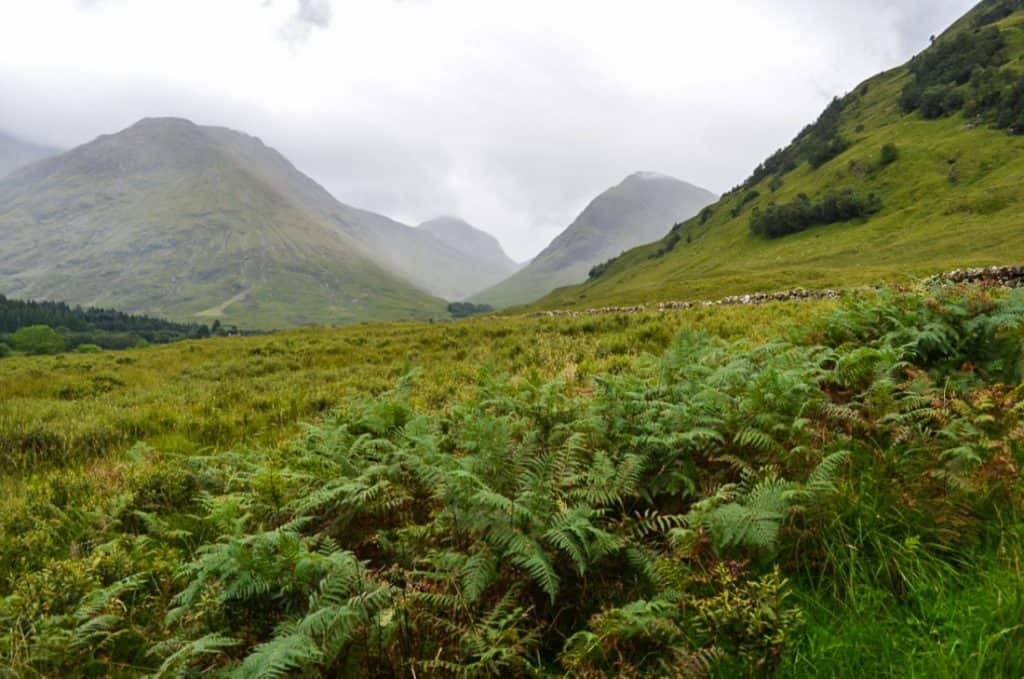 The Glencoe Folk Museum is a labour of love that brings together historical items and exhibits of Glencoe and the surrounding area. It’s a real step back in time, especially since it’s located in a traditional thatched roof cottage along the main street of Glencoe.

Glencoe has a tragic past, which you can learn more about in the Visitors Centre, Folk Museum, or this post about stories of Glencoe. In the small town, you’ll find a monument dedicated to those affected by the Glencoe Massacre in February 1692, which came about as a result of tensions after the Jacobite rebellion. 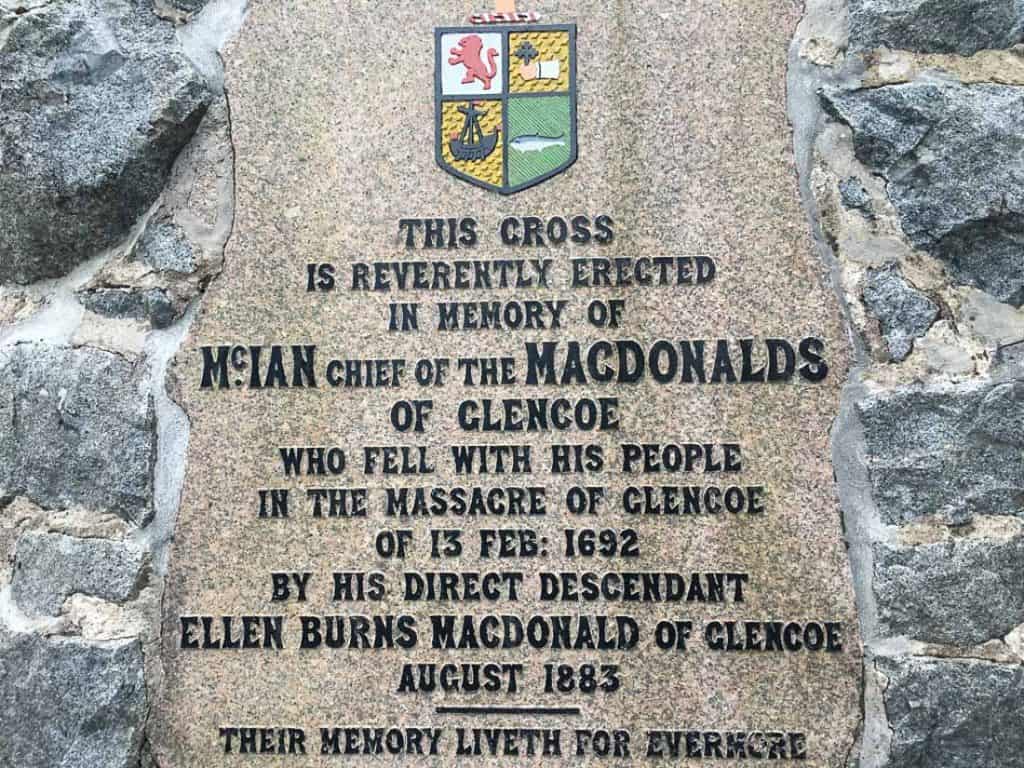 If you’re only making a day trip from Edinburgh to Glencoe then it’s unlikely you’ll have time to do any hikes in the area, although you can do a little walk down from the car parks by the Three Sisters!

If you’re staying in the area then you can consider some of the walks around Glencoe to add to your experience. Try An Torr to Signal Rock for an easy 1-1.5 hour walk. Or maybe even the Pap of Glencoe which is a more moderate walk and a good hike for couples.

More experienced hikers may even want to give climbing Buachaille Etive Mor itself a go! It takes between 7 and 9 hours and definitely isn’t for the faint of heart.

Tips for driving in Scotland

In Scotland we drive on the left, and outside of the main motorways the roads can be very narrow. So here are some general tips to help you out if you’re not used to driving here!

Want to read more about the locations? You can check out the finished Avis guide here! 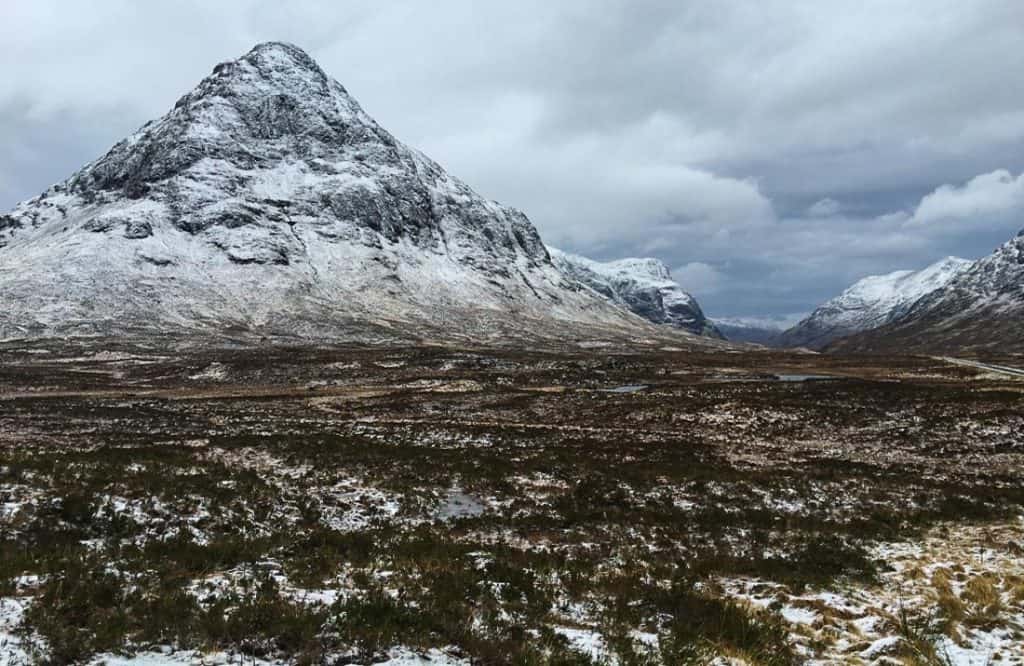 Have you ever dreamed of driving to Glencoe? 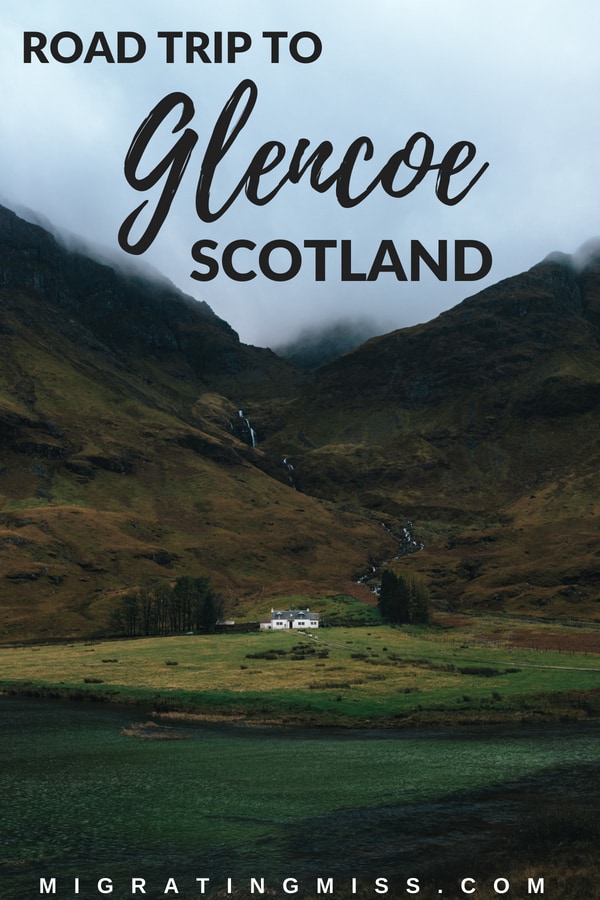 14 thoughts on “Scotland Roadtrip: Edinburgh to Glencoe by Car”