The next instalment in the Expat Interview Series! I’ve reached out to expats in different countries to hear why people might choose to move abroad, and how they do it. If you want to know more about moving to a particular country this is the place. If you’re interested in taking part or want to see a certain place featured let me know!

I absolutely loved my time living as an expat in Canada! I studied abroad in Vancouver Island and had aspirations of moving back on a working holiday visa. Although that never happened I definitely plan to return and so a lot more travel there. Ben from the blog Horizon Unknown moved to Edmonton, the capital of Alberta, renowned for its festivals, and freezing winters! Here’s his story of being an expat in Edmonton.

My name is Ben and I’m a 31-year-old Aussie that lives in Edmonton, Canada. 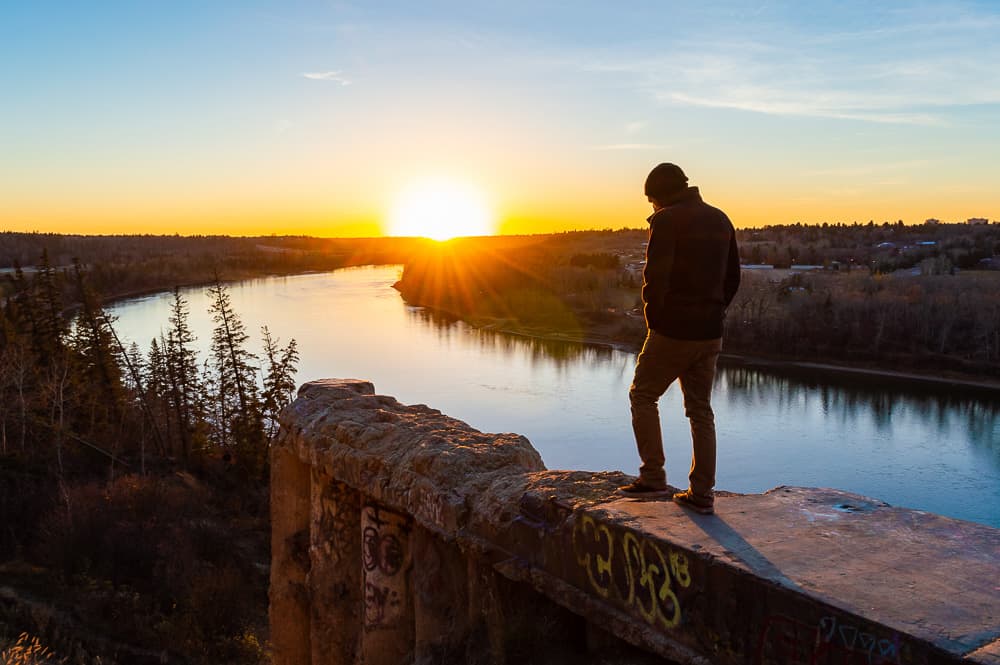 What made you decide to move to Edmonton?

I left the shores of “deadly Australia” for the first time in 2013 on an open-ended, solo adventure that began in Ireland, but took me to over 30 countries before settling in Canada (which was not part of the very loose plan).

I spent the first 23 years of my life in the city of Newcastle, on Australia’s east coast and realized I really wanted to travel. Since I was a total stranger to exploring other parts of the world, I ended up on a tour through Eastern Europe, from Prague in the Czech Republic and ending in Split in Croatia.

On that tour was a Canadian girl, and after travelling as friends throughout Europe, by the end of 2013, I had a working visa for Canada and working on setting myself up in a new country.

I now call Edmonton in Canada home with my partner of almost 7 years. I swapped intense summers for frigid winters and got used to driving on the “right” side of the road – it’s definitely been an adventure.

Tell me about the cost of living in Edmonton

I find Canada (at least Edmonton) to be a very affordable cost of living, it’s pretty easy to save a decent amount of money, which is usually spent exploring other parts of the world, at least for now.

Living in a popular area of the city, within walking distance from the city’s main university, a major hospital and popular nightlife street, housing costs are a little steeper than many other parts of the city. My partner and I split a small basement suite for $950 a month, utilities included.

When I do eat out, I’m always looking for a new ramen restaurant, and it usually sets me back around $15, along with a beer, $6-8 on average. Owning such a small car, a tank of gas (fuel for us Australians) averages around $40-45, and I tend to fill up around once a week. 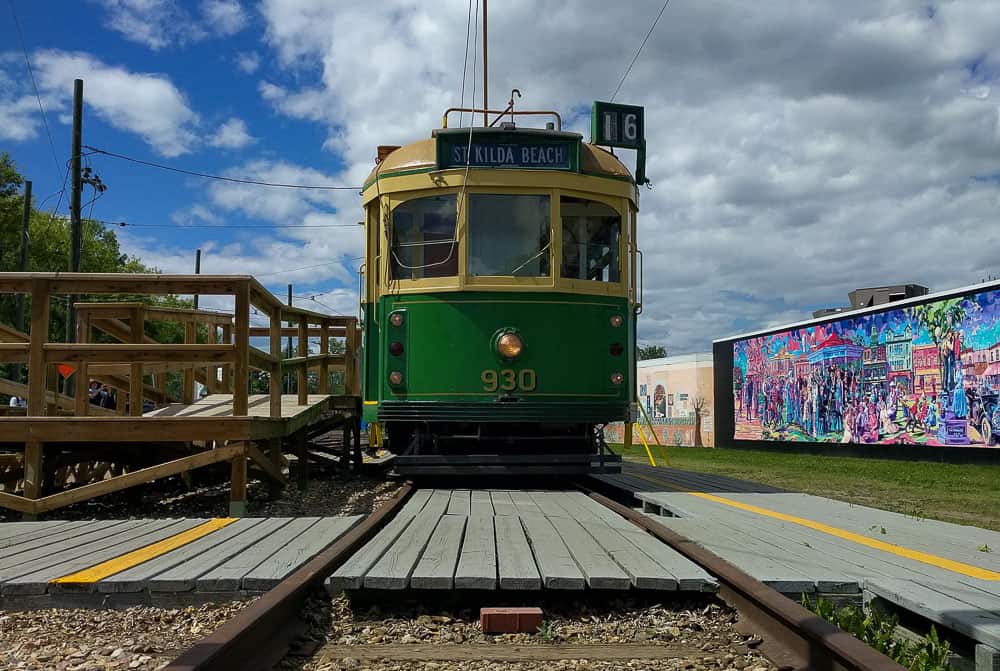 How did you find the job-seeking process?

As an Australian, I needed a visa to visit, work and live in Canada. Flying into Canada for the first time, I was granted a 6 month visitor visa before having to leave the country to apply for a working visa.

At the end of those 2 years, I was able to apply for another 2-year visa, but this has changed in recent years, and getting the same visa is much more difficult.

In 2017, I began the process for permanent residency, and I’ve never filed out so much paperwork – with pretty confusing and vague questions.

Finding work in Canada is pretty easily done. Online job boards (mainly Indeed.ca) are my go-to place to begin looking for work. I find Canada to be a pretty relaxed place and applying for a job is no different – I had an interview in a parking lot out the front of a Canadian Tire warehouse. 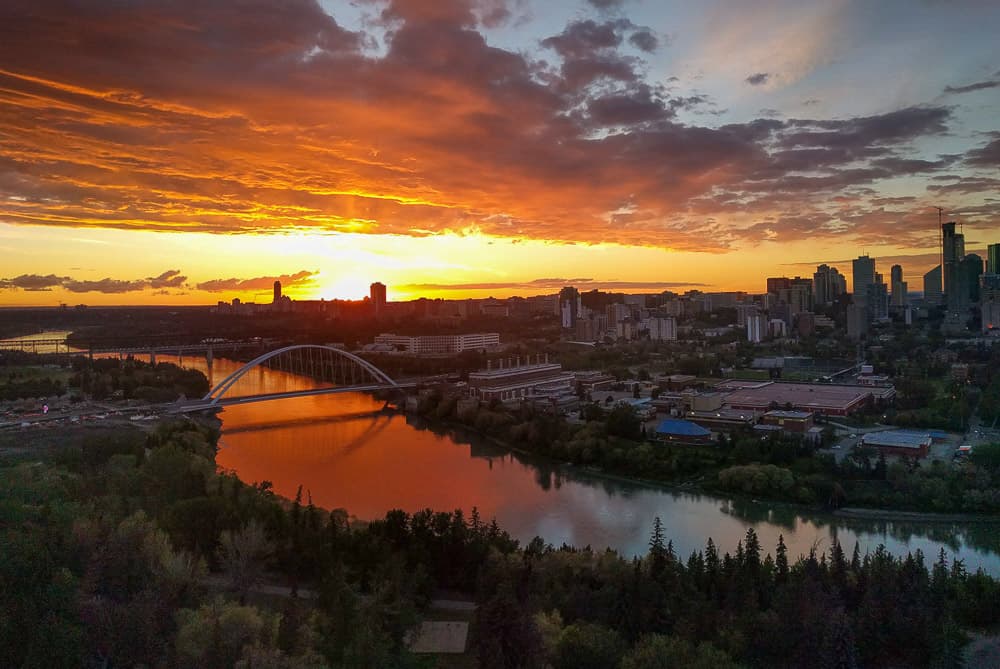 Edmonton’s social scene is laid back and overall very welcoming. The main way I make is friends is through different jobs I’ve held and keep in touch with people, as well as a number of recreational sports.

Playing sports in a fun and relaxed setting is an easy way to make friends and the majority of people I know and hang out with in Edmonton I met through playing on friendly sports teams.

If you’d prefer clubs and bars, downtown and Whyte Avenue area are the 2 major spots in the city to explore the nightlife. There is plenty of variation on offer, it’s just about finding what suits you.

There are plenty of things to do in Edmonton to make friends and have fun, even in the frozen months.

What’s the best thing about living in Edmonton?

The best thing about living in Edmonton is the festivals. The northern Alberta city is known as the “Festival City of the World”, there’s a gathering for almost everything you can think of.

From cultural events exploring the different nationalities that make up this melting pot to street performers spinning fire and making jokes – there is a huge range of festivals.

Even though my favorite festivals in the city take place in the warmer months, winter has it’s amazing events as well. Make sure you bundle up as winter in Edmonton hits -40C every year as it’s the coldest point. 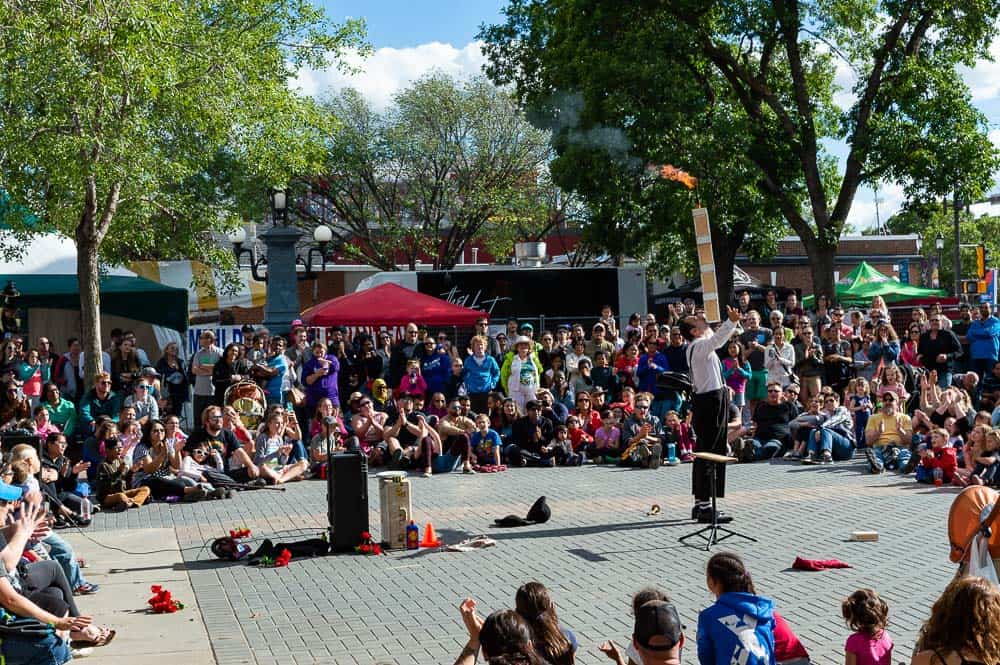 What’s the hardest thing about living in Edmonton?

The winter. Minus 40C is way too cold, especially for an Australian who grew up by beaches and with summer often breaking positive 40 degrees Celsius.

It doesn’t matter how much I bundle up, it’s too cold for my fingers and toes. In saying that, you do adjust to the cold weather quickly. But it is rarely fun being out in anything close to -30, so I’d rather stay indoors if I have the choice.

Putting the temperatures extremes aside, Australia and Canada are very different places, but there are surprisingly a lot of similarities too.

One of my favorite differences is the variation in slang. Telling someone you lost your thongs in Australia (flip-flops) will get plenty of stares in Canada, as that’s a piece of underwear.

From driving on opposite sides of the road to language (Canada has two official languages, English and French), the differences between these two Commonwealth Nations are everywhere.

I swapped the sun-filled beaches just down the road for snow-capped mountains that are within a few hours drive away. 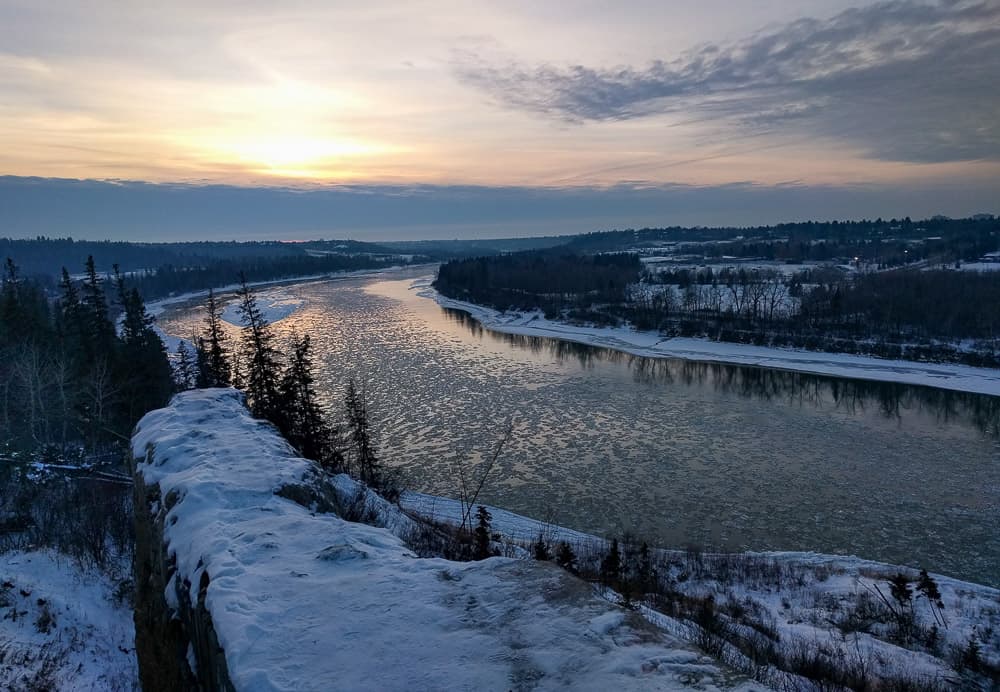 If we had just one day in Edmonton what should we not miss?

Inside Edmonton, the River Valley is beautiful. A popular viewpoint is known as the End of the World and even though it just got a make-over, it still provides a beautiful scenic view over the North Saskatchewan River.

In the summer, you can take the High Level Street Car across the North Saskatchewan River to the Alberta Legislature and learn about the history and people that shaped the province and the country.

If you want to visit mountains in Alberta, you’ll want to drive around 4 hours west to Jasper. You can drive one of the most beautiful roads in the country by heading south towards Banff, over the Icefields Parkway. 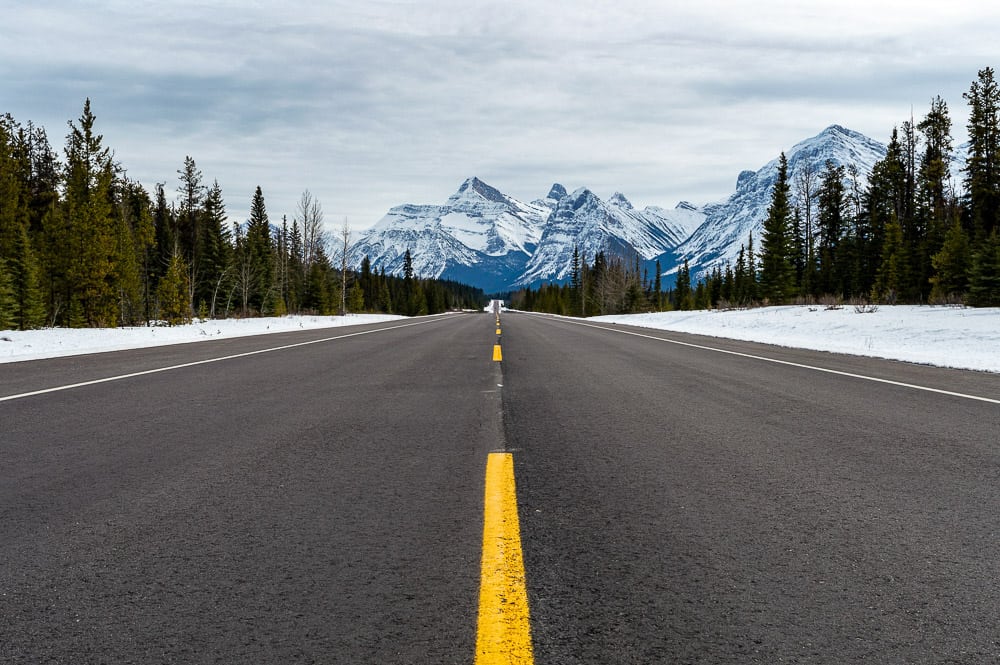 When you think of your expat home, what comes to mind?

For some reason, the national sport of Canada always makes me laugh, as I always assumed it was hockey. It’s actually lacrosse. Not that I really enjoy playing either, it’s an interesting fact I only learned once I was here.

Public transport in Edmonton is pretty average, to say the least. There are trains throughout the city (known as LRT), but the stops are a little limited, especially in the outskirts. Buses are the most common public transport available but can be a little difficult to get around the city, especially early in the morning or late at night.

Having a car in Edmonton offers a great way to get around this city in Alberta. If you don’t want to hire a vehicle for the whole time you’re here, you can use a car-sharing app called Pogo Carshare.

Serving the downtown and Whyte Ave (82nd Avenue) of Edmonton, you can pick up and drop off these shared wheels anywhere in the zone. You can also hire a car for multiple days if you’re planning to drive outside these zones. 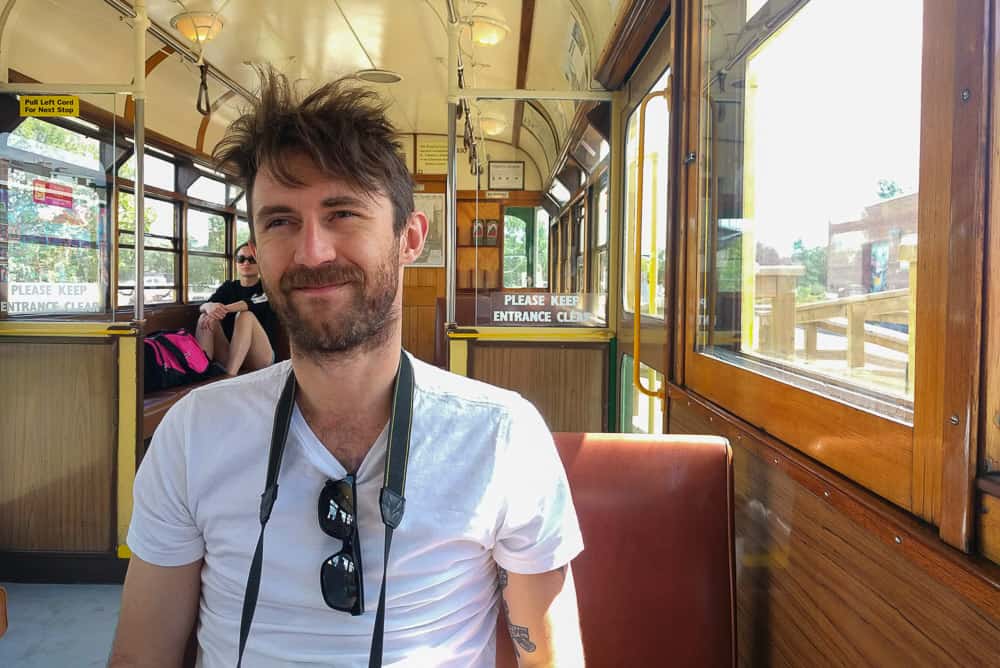 If you could give one piece of advice to people looking to live in Edmonton what would it be?

Edmonton can be a really fun city to live in, with festivals constantly going on and trips to the mountains just a few hours away.

There are plenty of social clubs to join. I enjoy playing sports with friends, but there’s something to suit pretty much every interest. My advice would be to join a team or club to not only make friends but learn about the city itself through others. It’s always good to beat the winter months by hanging out with mates and kicking a ball around for an hour!

You can read more about travelling and living in Canada here.