I’ve made my love for living in Spain no secret, but I was also unsure when I visited Barcelona last year. I think I needed more time, or more of a local perspective on the city. Or maybe it’s just because, like Tendelle from Travel à la Tendelle says in this weeks expat interview, it can be thought of as a whole different place! Tendelle moved to Barcelona as a student, and her interview makes me think I definitely need to give it another go.

I was born in California but I moved to Taiwan with my parents when I was five. I went through the international school system in Taiwan and moved back to the US for college. I worked in New York after undergrad and after 3 years of working in “the system” in NYC, I grew disillusioned, wondering if the rest of my life was going to be like that. That, combined with a bad breakup propelled me to quit my job and travel in South America for half a year. That’s when I discovered my love of blogging and travel. I then decided to move to Barcelona for my Master’s degree in Tourism Management! 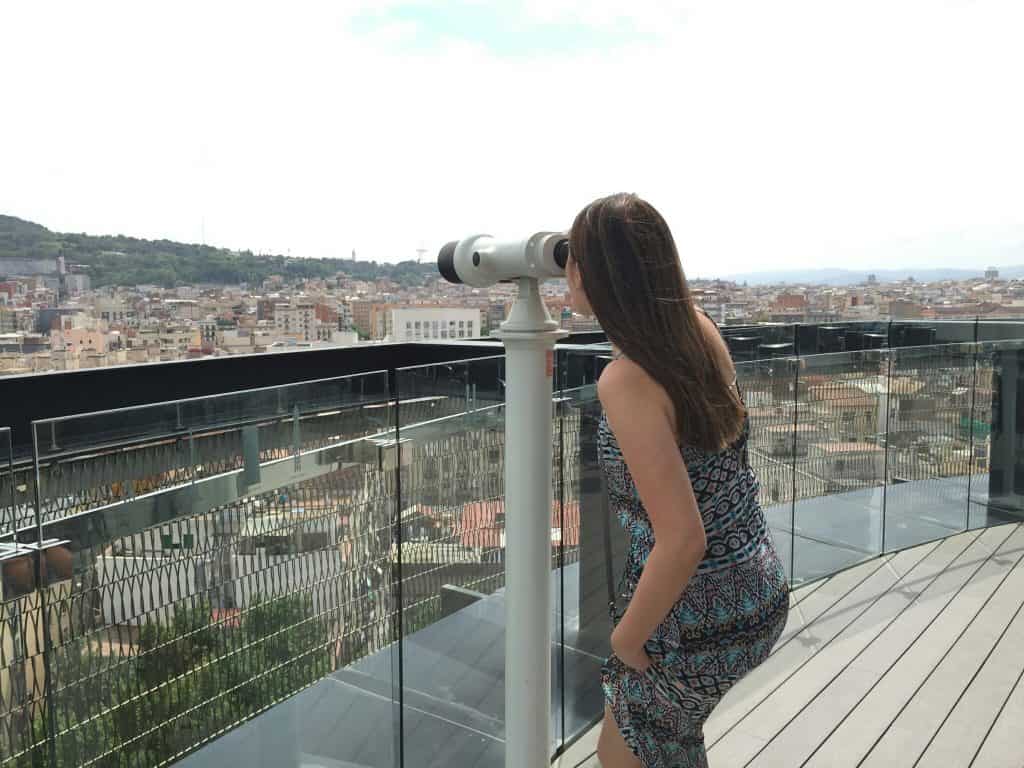 What made you decide to move to Barcelona?

I actually lived in Barcelona for a summer back in my sophomore year of college, doing an internship for the Barcelona Chamber of Commerce. I fell in love with the city, and doing a Master’s Degree in a field I loved was the perfect excuse to go back.

Tell me about the cost of living in Barcelona

Barcelona was really cheap compared to the prices I was used to in NYC! You can easily get a room in a shared apartment in a good part of the city for between €300-€450 a month (my favorite district is the L’Eixample area – close to the center but away from the tourist crowds). One-bedrooms are not very common in the city, but can be found and sets you back around €800-€1000 per month.

Transportation is also very economical. I would suggest getting a T-10 metro pass, which gives you 10 rides on public transport (metro or bus) only for around €10 in Zone 1. That’s 1 euro a ride! Almost everywhere you want to visit within the city are within zone 1, including the airport. The metro runs all night on Saturdays, which is nice for nightlife fiends.

If you are living in Barcelona, you can sign up for a Bicing subscription. Bicing is a city-wide bikeshare system. You sign up for an annual pass for €46, and you get to rent a bike for free for the first 30 minutes. It’s a great way to get around the city for free and get some exercise in.

A good way to save money and eat like a king at lunch on weekdays is to go for the Menu del Dia (menu of the day). This is usually 2 or 3 courses + a beverage (inc wine or beer), for less than 10 euros. 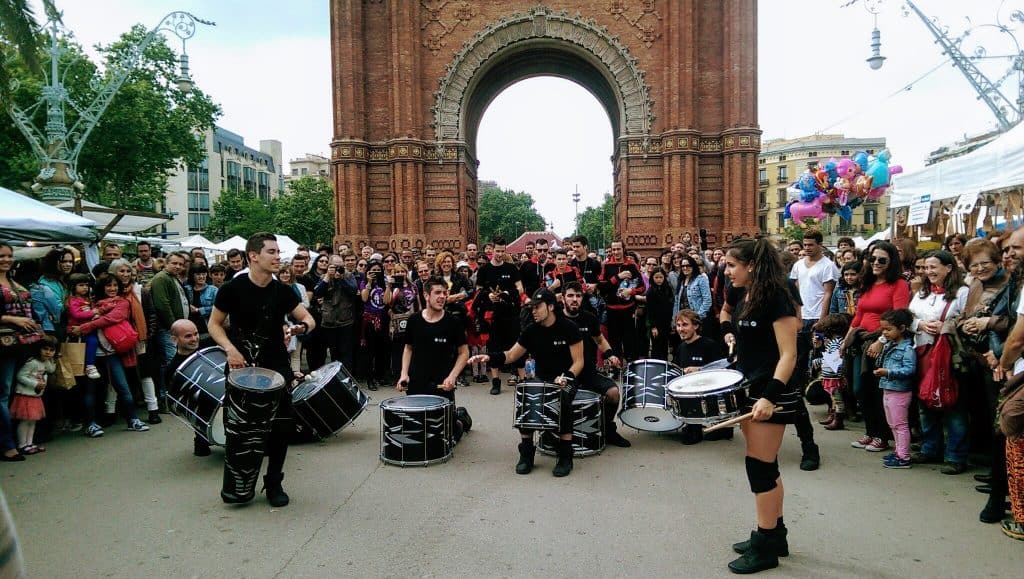 How did you find a job in Barcelona?

I came to Spain on a student visa. At the same time, I also worked at a food tourism startup based in Barcelona called Foodie&Tours. I actually found the job by connecting with the founder on LinkedIn!

I thought it was quite easy to make new friends. I met one of my good friends in Barcelona on a night out at Razzmatazz (one of the most iconic electronic music clubs), and another just because she was visiting a friend of hers at my hostel.

Although the Catalans (people who live in Catalunya state, where Barcelona is) are usually perceived as colder than Spaniards, I found them to be warm and welcoming.

However, being able to speak Spanish is definitely very very important. Most Catalans do not speak great English. I know expats that live in Spain who don’t speak Spanish that had a difficult time integrating into the society. If you know Spanish, then the locals will readily welcome you to their gatherings!

If you find it hard to befriend the Catalans, there is a big expat community in Barcelona. I’ve also met cool people through Couchsurfing and the Party with a Local app.

What’s the best thing about living in Barcelona?

Oh, where to start.

The best things about living in Barcelona the sun! And the food! And the great parties! And being able to drunk cycle on Bicing at 6am from the club to the beach and be sold a €1 beer there while watching the sun come up over the horizon! 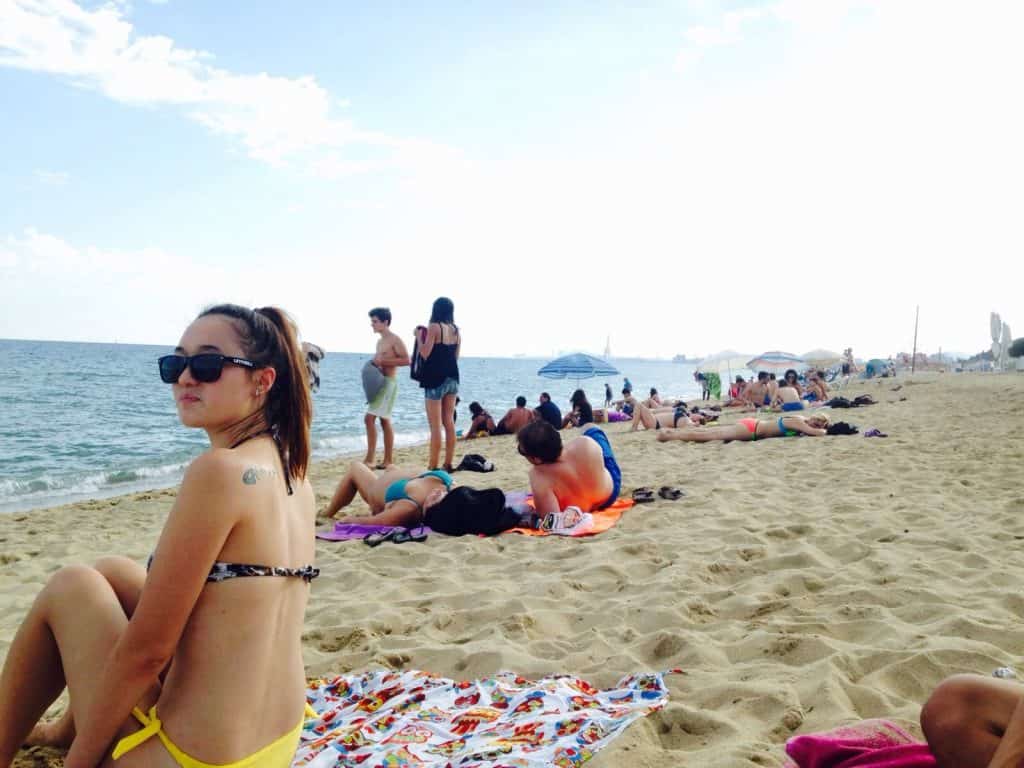 What’s the hardest thing about living in Barcelona?

Obtaining a work visa can be extremely difficult for a foreigner. However, if you have been a student for 3 years in Spain then you are guaranteed a work permit. Many foreigners take this route – get 3 Master’s degrees in succession in order to be able to work in Spain. Finding a well-paying job is also not that easy as a foreigner, as Spain still has one of the world’s highest youth unemployment rates (42% in 2017).

The first thing you must know about Catalans have a TON of nationalistic pride. There is a growing independence movement among the Catalans given they have their own language, history, and culture. Although the number of Catalans that support this is half and half, do not make the mistake of calling them Spaniards or saying that you are in Spain. To avoid offense, always say you are in Barcelona or Catalunya, NEVER Spain!

Besides this, there are lots of quirky, fun cultural things in Catalan culture.

For example, the caganers. In every Christmas Nativity scene, there’s a “caganer” (aka pooping man) hidden in the scene somewhere during the birth of baby Jesus… No idea where this tradition could have came from.

The castellers, which are human towers that the Catalans build on their festival days. Children as young as 4-5 years old participate in it!

I love all these Catalan quirks! 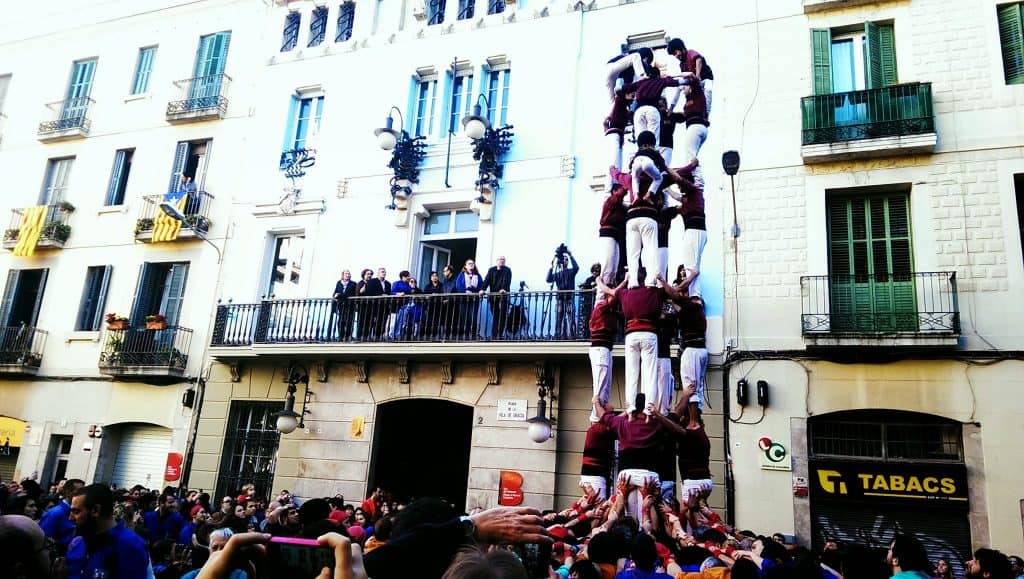 If we had just one day in Barcelona what should we not miss?

The boring answer would be not to miss the Sagrada Familia, Gaudi’s genius architectural legacy. It’s a standard tourist attraction but for good reason.

A less obvious but nonetheless amazing experience is to catch a concert at the Palau de la Música Catalana. The gorgeous, modernist architecture of the venue is best experienced with a live performance at the concert hall.

In terms of food, my absolute favorite restaurant in Barcelona is Vinitus in Rambla de Catalunya! 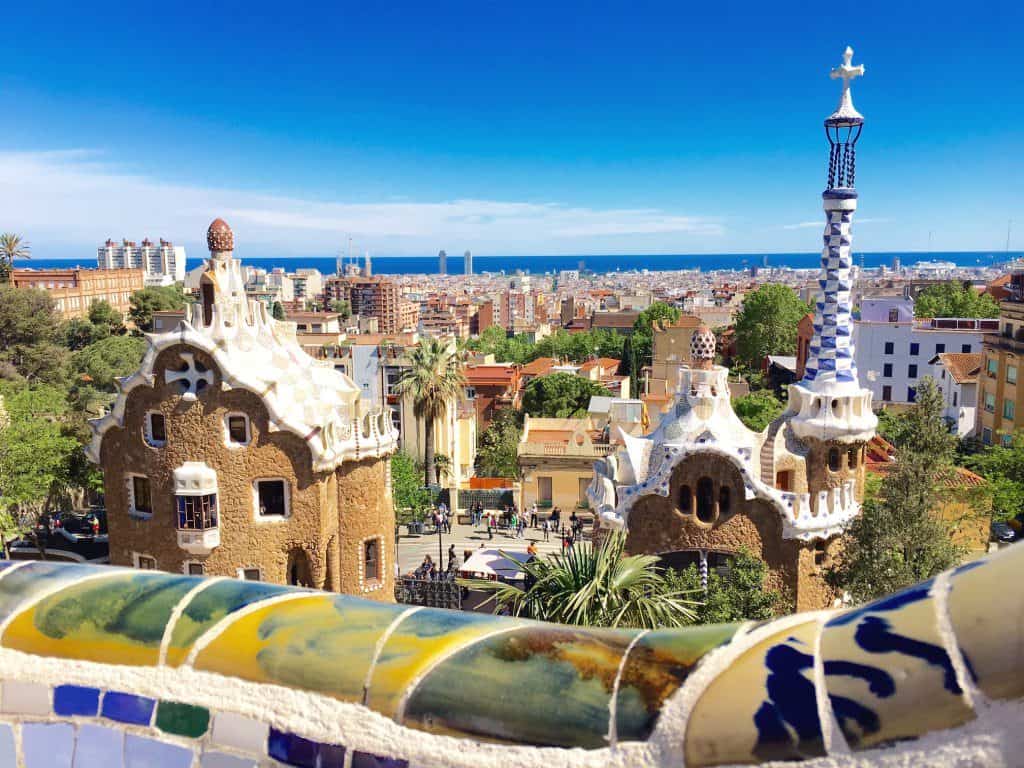 Check out panoramic views of the city from hotels’ rooftop bars in the Center of the city, a little known “free” thing to do in Barcelona! My favorite one is the rooftop of Hotel Barceló in the Raval district. Take the elevator up to the top floor and you get a 360 degree view of the city. You can even use the telescopes for free. Get a cocktail if it tickles your fancy!

If you could give one piece of advice to people looking to live in Barcelona what would it be?

If you truly want to live in Barcelona long term, please learn Spanish!

It sounds like I missed some hidden gems in Barcelona, and I definitely need to head back! Tendelle has now moved on to the Netherlands, but you can read more about all of her adventures on her blog, Travel à la Tendelle, and follow along on Instagram.

Do you dream of moving to Barcelona?

4 thoughts on “Expat Interview: Living it up in Barcelona”