When I visited Portugal in January I fell in love with every part of it, from the Algarve Coast, to the city of Lisbon, to possible one of my favourite places ever, Porto. I spent New Year in Lisbon, and you know when you visit a city abroad and you just feel right there, like you could live there tomorrow if the opportunity arose? Well, that was Lisbon for me!

I’m so excited to share this interview with James of the Portugalist, who did exactly that! With Lisbon becoming more popular than ever, it’s great to come across a Lisbon travel blog to follow that really shares what living in Lisbon is like. If you want to know more about becoming an expat in Portugal then read on… 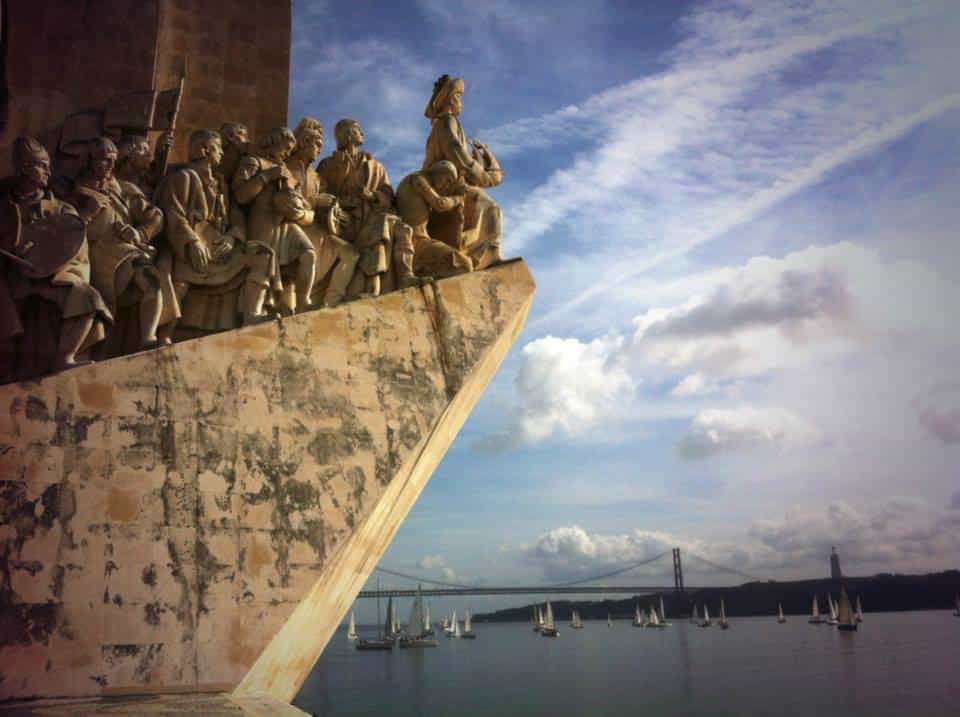 So, my name is James. I grew up in Ireland but since leaving home I’ve spent time living in the UK, France, Germany, Spain, and Portugal. I’m currently living in Portugal where I work as a freelance writer and blogging about my experiences through my travel blog Portugalist.com.

What made you decide to move to Lisbon?

My girlfriend and I spent a year house sitting in France where we looked after other people’s homes (and pets) while they were away. This was made up of a couple of short house sits that were 2-3 weeks long and one long one that was five months long. After that year, we decided we wanted to live somewhere else and Lisbon came up as a possibility. We went there for a weekend, and we really liked it, and so we decided to spend a few months living there.

Afterward, we wanted to continue travelling so we spent some time in Spain and Germany. In the end, though, we decided that Lisbon was the place that we wanted to have as our base and so we ended up moving back. 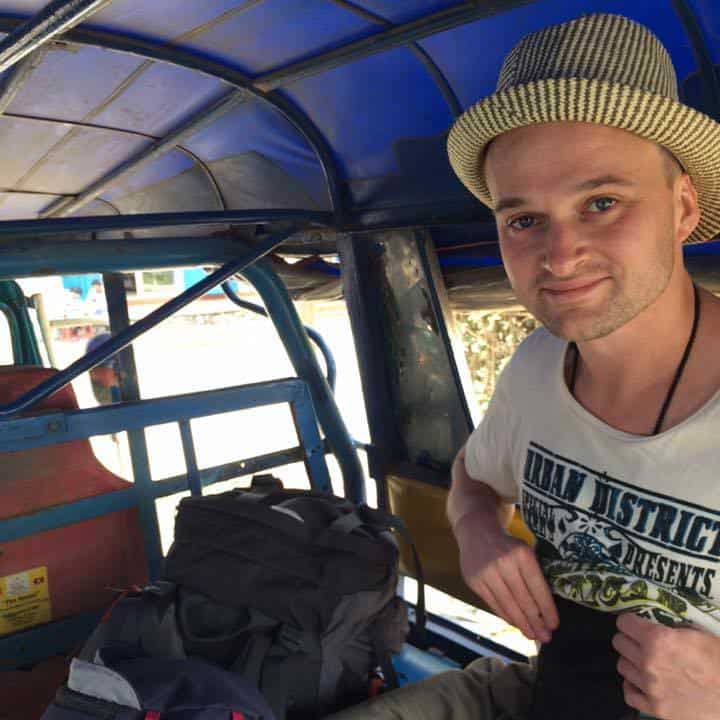 Tell me about the cost of living in Portugal

Portugal is one of Europe’s most affordable countries to live in. Lisbon is probably the most expensive part of the country, so there are cheaper places to live if that’s what you’re looking for. The Algarve, for example, can be quite cheap if you go inland and rent year-round (as opposed to holiday accommodation). Porto is also much cheaper than Lisbon, and cities like Coimbra and Braga are even cheaper again.

Read More: A Road Trip on the Algarve Coast

A ticket on the underground, bus, or ferry (using the rechargeable card) is €1.40. Taxis are also generally affordable, although the airport taxis have been known to bump up their prices to tourists.

Beer, and alcohol, in general, is incredibly cheap. In the Bairro Alto (the city’s main nightlife area) a large beer will go for as little as €1 and these places will usually sell a cheap caipirinha for €1-2 as well. These drinks can be heavy on the (cheap) alcohol and sugar, so often it’s worth paying a few euros more and getting something better. Portuguese wine is very cheap, especially from the supermarket. An everyday drinking bottle of wine will cost around €3, but to get something special you often don’t have to spend too much more.

It’s possible to eat out for less than €5, but generally, a midweek meal will cost somewhere between €7 and €10. 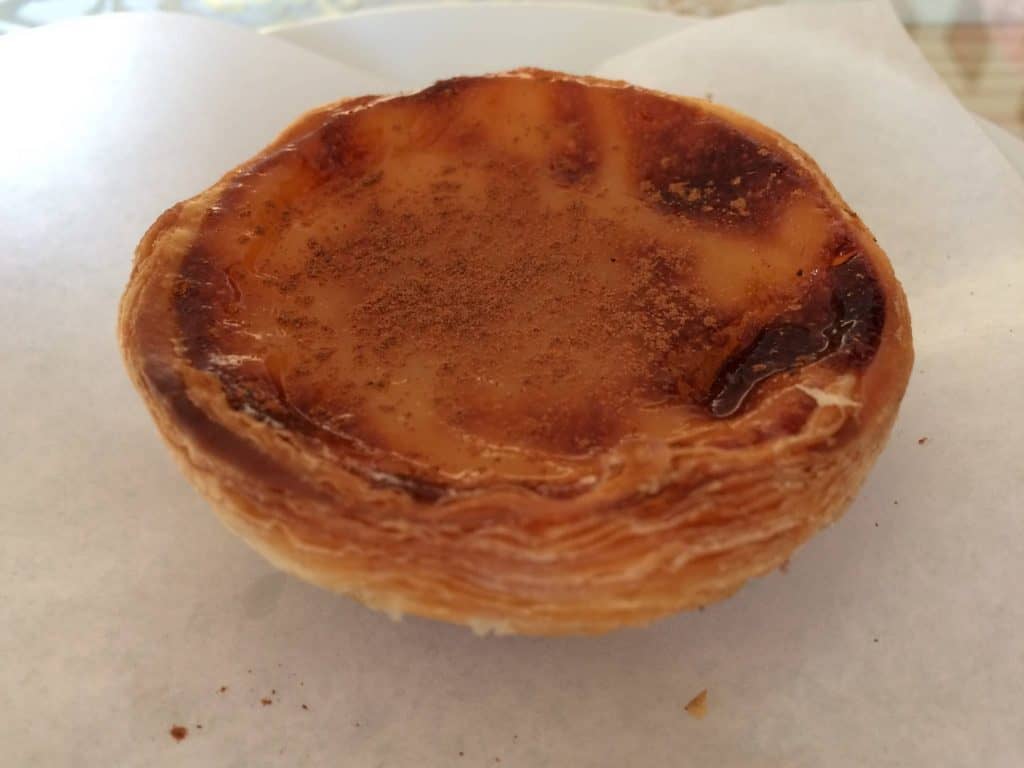 How do you make a living?

I work as a freelance writer. Usually, this means writing content for clients (press releases, articles, etc.), but I also try and work on my own projects as well. After living in Germany for several months, I wrote a book on German culture: German Men Sit Down to Pee & Other Insights Into German Culture. Unfortunately, these projects have yet to make me enough money to live comfortably. Hopefully, though, one day they will!

Read More: 12 Expat Jobs That Help You Travel the World

Making friends in any new city, especially in one where the language isn’t your mother tongue, is always difficult. In Lisbon, there are now an increasing number of meetup groups (see Meetup.com and Couchsurfing.com) where you can meet new people, however, not as many as other cities. It takes a while to get to know people and the best advice I can give is to stick with it.

English is widely spoken in Portugal and so there isn’t a complete language barrier, although obviously, you’ll find it easier to make friends if you learn to speak Portuguese.

Read More: 5 Ways to Make Friends When You Move Abroad 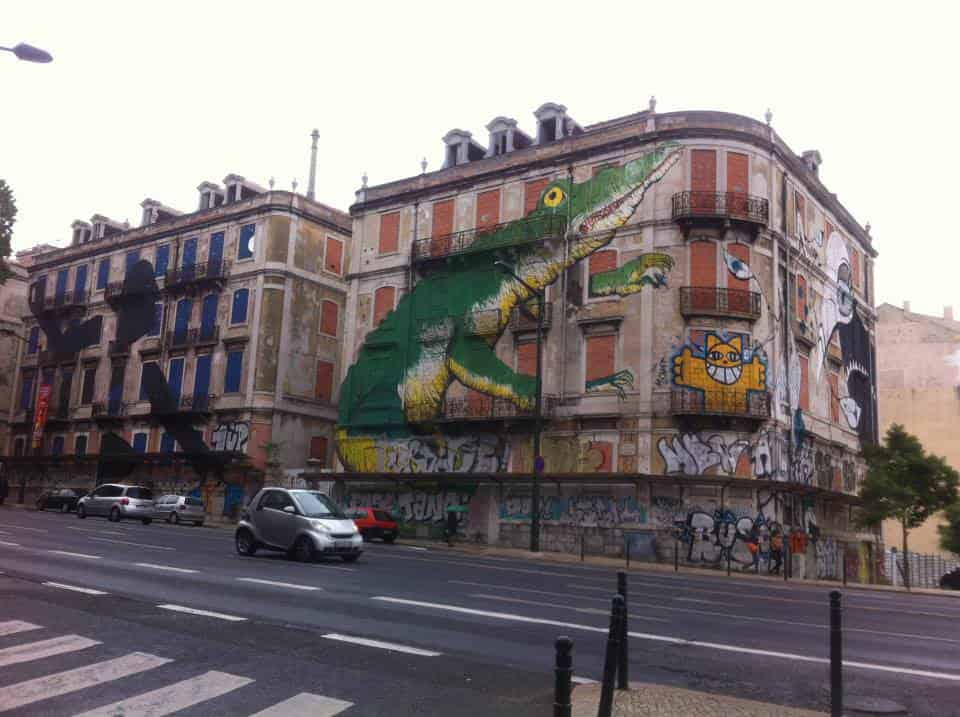 What’s the best thing about living in Lisbon?

Coming from Northern Europe my favourite thing is the year-round good weather. For around 60 cents you can sit outside and enjoy a bica (espresso) in the sunshine most days of the year. You never get bored of that.

Lisbon also has a growing food scene. There’s obviously traditional Portuguese food itself, and in particular modern Portuguese cooking which is worth trying. What I really enjoy, though, is when Portuguese chefs cook international food. The quality levels are extremely high and, unlike some other touristy cities, Lisbon hasn’t reached the stage where standards have slipped just because it’s only tourists eating the food.

What’s the hardest thing about living in Lisbon?

On the making friends note, it’s slightly more difficult at the moment as so many young Portuguese professionals are moving (or have moved) abroad to work in places like Germany, Ireland, and the United Kingdom. That’s starting to change, particularly in Lisbon, as Portugal moves away from its major recession years.

In Portugal (as with most Southern European countries) the homes are designed to stay cool in the summer and so are cold in the winter. In the UK and Ireland, the homes are designed to stay warm in the winter (and the summer, which is generally cold too). Winters in a Portuguese home can be very cold, especially if you work from home. Central heating isn’t a thing, and so unless you have a fireplace it can be very difficult to heat the properties. Apartments also tend to be a lot noisier, as there isn’t the same level of soundproofing.

On the plus side, however, many homes have a balcony.

If we had just one day in Lisbon what should we not miss?

I would start the day with a pastel de nata (custard tart) and a bica (espresso). Then, I would highly recommend doing one of the city’s many walking tours in order to get your bearings. That should take you through to lunchtime.

For lunch, I might recommend grabbing a bifana (pork loin in a bread roll), which is the closest thing Portugal has to fast food. All meals in Portugal typically involve a coffee as well, so why not grab another pastel de nata?

The walking tour doesn’t show you the Belem area, and so you may want to spend the afternoon exploring the tourist attractions here. Otherwise, I would just wander the streets at your own pace and enjoy the sights and sounds of Lisbon.

Around sunset, it’s worth heading to Park Bar (a bar on the top of a car park) to catch the best views of the city.

Then, it’s dinner time, before heading into Alfama to spend a few hours listening to some Fado (traditional Portuguese soul music).

If it’s the weekend (and you’re young and full of energy) head up to the Bairro Alto, the city’s going out area. Here the party gets started from around 9 or 10 onwards (although often later) and eventually finishes in the Cais do Sodre district in the early hours of the morning.

Read More: 7 Things to Do in Porto That Don’t Involve Port Wine 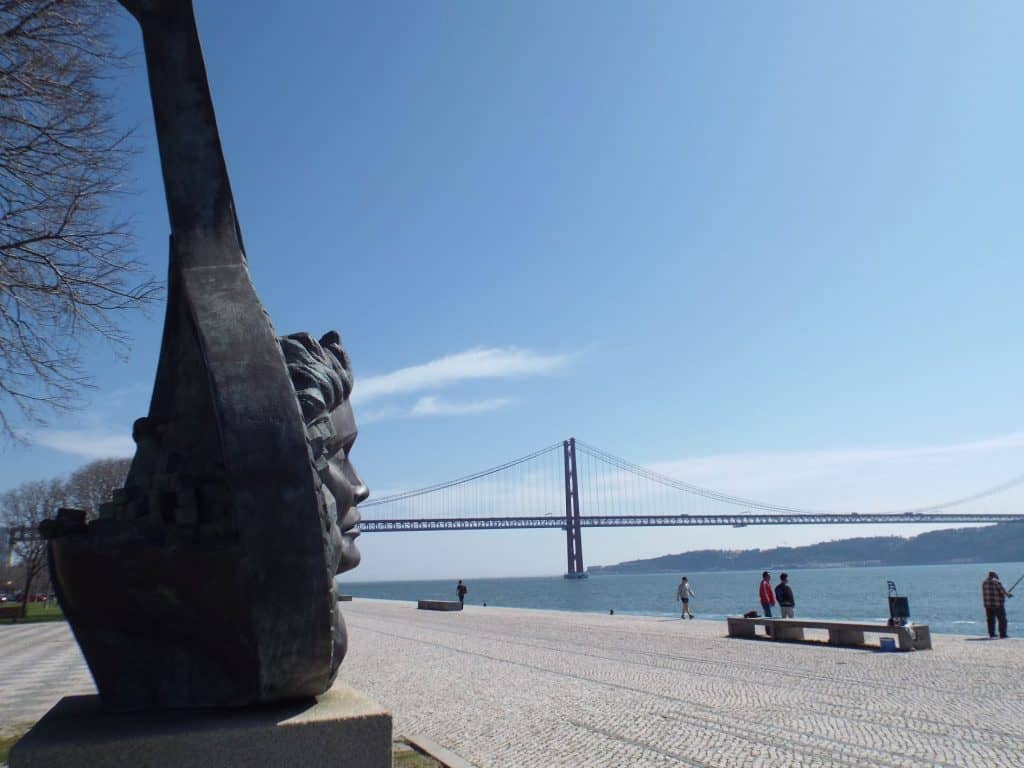 I am biased, but I really like the Alcântara neighbourhood. It’s described as an up-and-coming neighbourhood, which means it’s not been cleaned and polished yet. It’s still a very working class neighbourhood, but there’s plenty going on. There’s the LX Factory, a former factory that now contains a co-working space and several boutique shops. There are the docas (docks) areas, which is a great place to sit in the sunshine and have lunch or a cup of coffee. There are also a few really great restaurants that most tourists miss out on such as Solar dos Nunes and Aquele Lugar em Alcântara.

If you could give one piece of advice to people looking to live in Lisbon what would it be?

Come now! Lisbon is getting a lot of coverage, and many people are hyping it as the new Berlin. Prices will go up and, although the new wave of people will bring a lot of benefits, it will change the city as well.

I seriously second going to Lisbon now! It seems to be getting more and more popular, as does Portugal as an expat destination as a whole. You can find more great info on living in Portugal and moving to Lisbon on James’ website Portugalist, and follow him on Facebook, Twitter and Instagram to see more about life in Lisbon.

Have you visited Lisbon? Do you see it as somewhere you could live?