Another instalment in the Expat Interview Series! I’ve reached out to expats in different countries to hear why people might choose to move abroad, and how they do it. If you want to know more about moving to a particular country this is the place. If you’re interested in taking part, or want to see a certain expat destination featured let me know!

I went to Iceland back in 2013, after meeting two amazing Icelandic girls in Thailand. I didn’t know much at all about this island in the far north, and it blew me away! Now Iceland is at the top of everyones bucket list! Iceland wouldn’t be everyones first choice to be an expat, but todays interviewee, Crystal of Stranger in a Strange Land, has made it her home. Check out more about moving to Iceland below!

What made you decide to move to Iceland?

I got the coaching job in Iceland very unexpectedly and randomly.  I studied abroad in London last year and visited 18 countries during my year abroad.  My favorite outside of the UK was Iceland.  I knew how hard it was to get a visa as an American in Iceland so I didn’t think I could ever actually move here.

This November, I was just on my computer and whimsically Googled “skating coach in Iceland.”  I found an ad in English on the ISU (the main governing body of international skating) for a club in Reykjavik that was looking for a coach to start in July.  Even though it was way past the deadline, I emailed them asking if they still needed a coach.

I didn’t hear back for a month and pretty much forgot about it, when they emailed them asking for a resume.  I wrote up a quick resume with my skating background and coaches I’d worked with and by the next morning, they asked for a Skype interview that same day.  At the end of the interview, they said they would talk it over for a week and get back to me.  Fifteen minutes later, I had an email from them saying they would love to have me in Iceland and if I could move there by January 11. (This was about a month before).  So I called my parents and said, “So, I just got a job in Iceland.  I think I’m going to move to Iceland.” 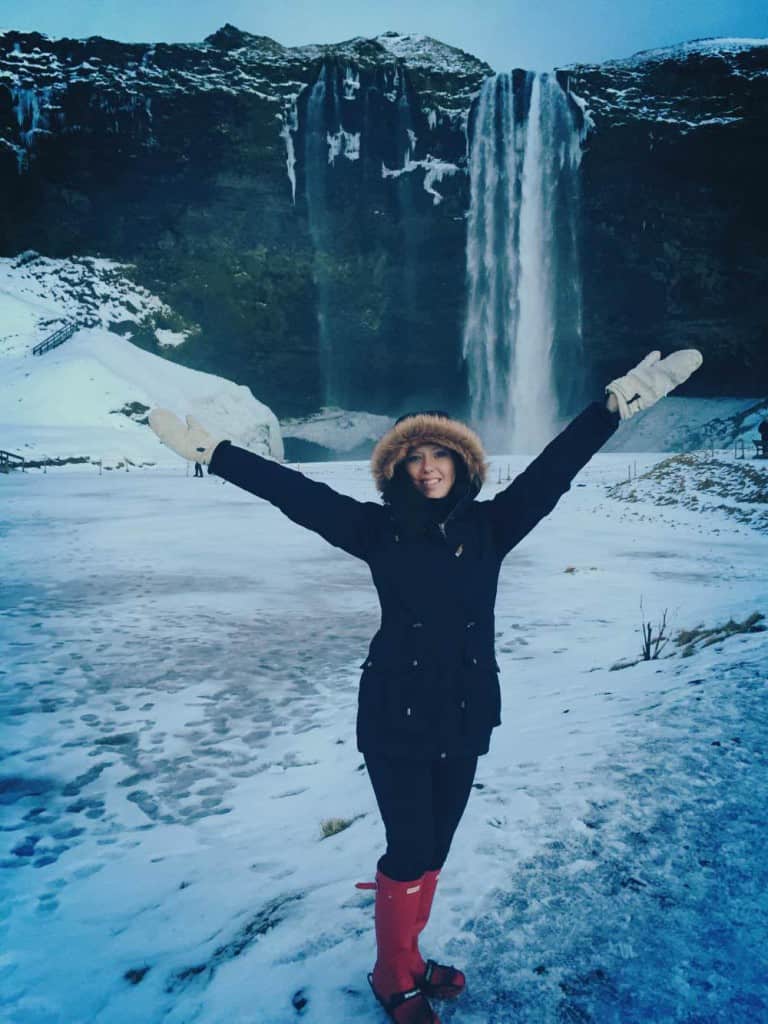 Do you need a visa to live in Iceland?

It depends on your nationality. As an American, I could visit for up to three months without a visa. Since I am working, I was required to get a visa. There are varying ways to get a visa including: student visas, specialized work visas, and family reunification.

I made most of my friends here through my Icelandic language class and my coaching job. Like anywhere, it is hard to make friends if you don’t go outside of work and the house to engage with the community. I didn’t really make friends for the first few weeks, but now that I have a small friend group, I find plenty of fun things to do! 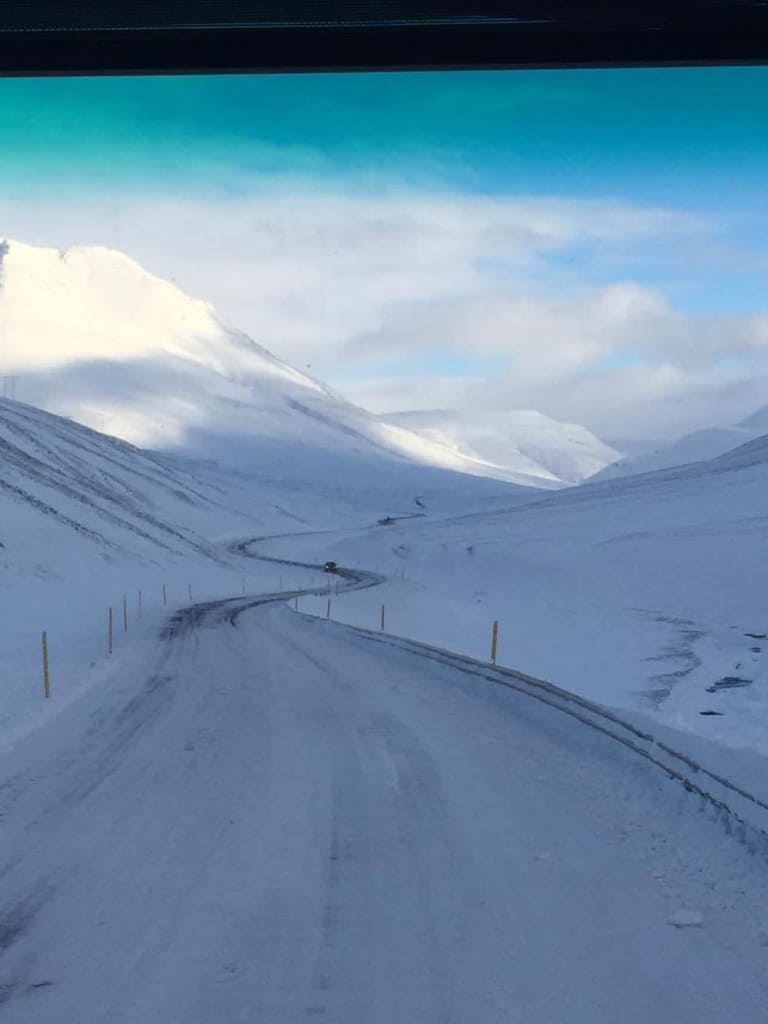 What’s the best thing about living in Iceland?

Iceland’s natural beauty is what makes it most impressive. Nature is so raw and harsh, with glaciers, geysers, waterfalls, black sand beaches, and the northern lights. It’s really amazing. For such a tiny country, it has a lot of culture.

What’s the hardest thing about living in Iceland?

Daylight hours have already expanded drastically but during January and early February, it was hard to adjust to short hours of daylight. When I first got here, the sun wouldn’t rise until 11:42 AM which made it feel like it was 6 AM. I was practically nocturnal for a few weeks staying up until 5 AM and waking up at noon.

If we had just one day in Iceland what should we not miss?

Reykjavik itself is gorgeous, but go outside of the city to the Golden Circle and South Shore. Waterfalls, black sand beaches, geysers, and volcanoes await! Also, be sure to stop at the otherworldly Blue Lagoon and hunt for the Northern Lights! 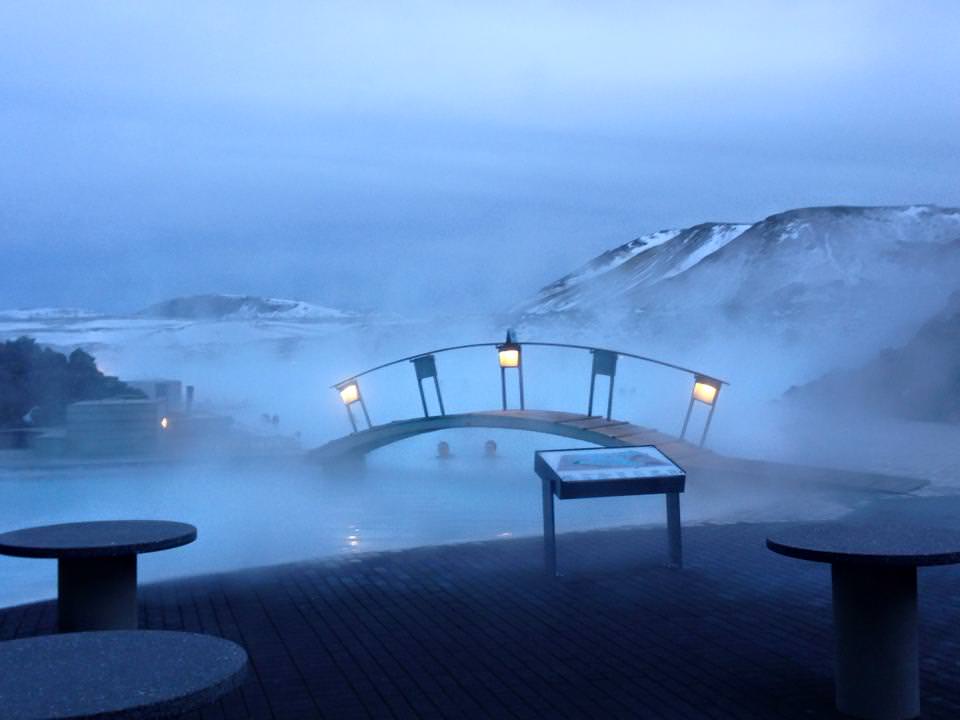 If you could give one piece of advice to people looking to live in Iceland what would it be?

Visit before you make a commitment to move. Iceland is unlike anywhere else I’ve ever travelled. Nature is in its harshest form, which results in sidewalks constantly covered in ice, sideways rain, and high wind. There are nearly 24 hours of darkness in the winter and 24 hours of sunlight in the summer. It has a small population so the whole country has a small town feel. I love it here, but some people might prefer just a visit rather than full relocation.

Crystal has a chronic case of wanderlust and has called two foreign countries home.  She currently teaches figure skating in Iceland and shares her adventures (and numerous mis-adventures) at Stranger in a Strange Land.

Have you been to Iceland? Would you consider living there?