Skip to content
This post may contain affiliate links that I earn a small commission from at no cost to you. Please see my disclosure page for information. Please check for current circumstances before travelling.
Welcome to the Expat Interview Series! I’ve reached out to expats in different countries to hear why people might choose to move abroad, and how they do it. If you want to know more about moving to a particular country this is the place. Check out the archive of Expat Interviews for more!

Switzerland is a country that’s always intrigued me, being inland, surrounded by multiple countries and having multiple official languages. I’m excited to share an interview with Vanda from The Yogi Wanderer, an expat living in Switzerland so that we can learn more about what it’s like to move to a country that often ranks very highly when it comes to quality of life!

I’m Vanda, a Portuguese born on an island and now living in landlocked Switzerland. I’m a journalist by profession, but some years ago I decided to change careers and become a full-time yoga teacher, in order to find myself and help others do the same.

My ongoing journey of self-discovery gave me the courage to follow my dreams of moving abroad and traveling the world while inspiring others, this time through my blog. 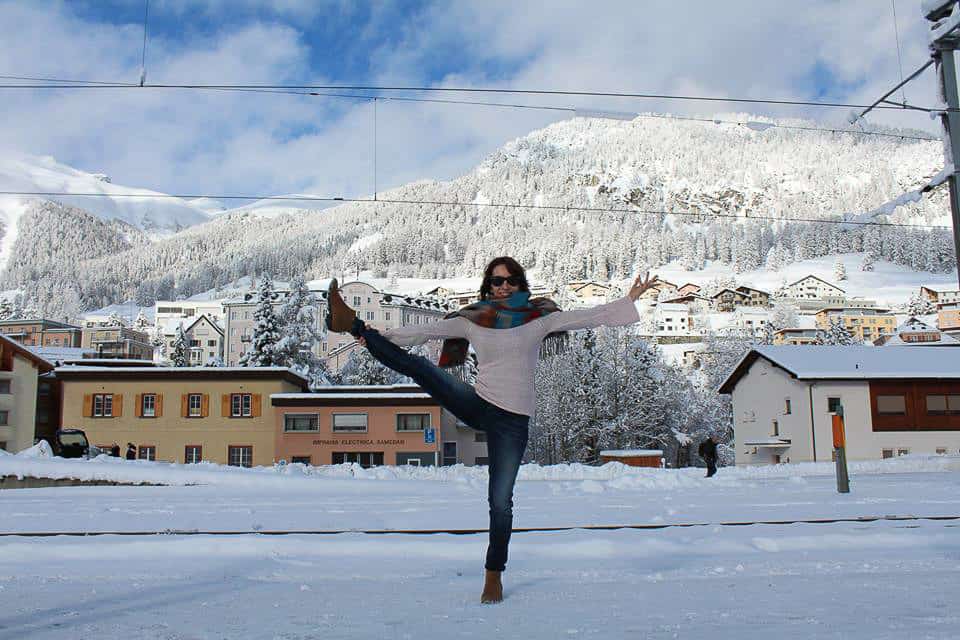 What made you decide to move to Switzerland?

Travel has always been a great passion of mine. I also always dreamed of living abroad. Having turned down an opportunity to move to France right after college due to fear and family pressure, when the prospect of moving to Switzerland presented itself I knew I couldn’t live with another regret.

This was in 2013. Portugal was facing a big economic crisis and both my boyfriend and I were looking for new professional and personal challenges. At the time, he had a family member living and working in Zurich who challenged us to join her. And after much research and preparation, we did!

So I can say I moved abroad for the adventure, for love, but most importantly for myself.

Zurich is considered one of the most expensive cities in the world. The good thing is that salaries in Switzerland are also among the highest on the planet, so the quality of life is above average. A one-bedroom apartment can cost you anywhere from 2500 to 1200 Swiss francs per month, depending if you’re living in the city center or outside the city.

Zurich has a great public transportation network, but the Swiss quality and punctuality have a price: a monthly pass costs 85 Swiss francs if you’re lucky enough to live and work in the city center, and between 125 and 242 Swiss francs if you have a longer commute.

Residents in Switzerland also need to pay a compulsory health insurance. A basic insurance with the highest franchise will cost you around 200 Swiss francs per month.

The price of a beer in a bar or restaurant is usually around 5 Swiss francs. Expect to pay at least 20 Swiss francs for a meal in a restaurant, and 3 or 4 swiss francs for a big bread at the supermarket. But as I said, Swiss salaries are among the highest in the world – although there’s not a legal minimum salary in Switzerland, the de facto minimum wage is around 3000Swisss francs per month. 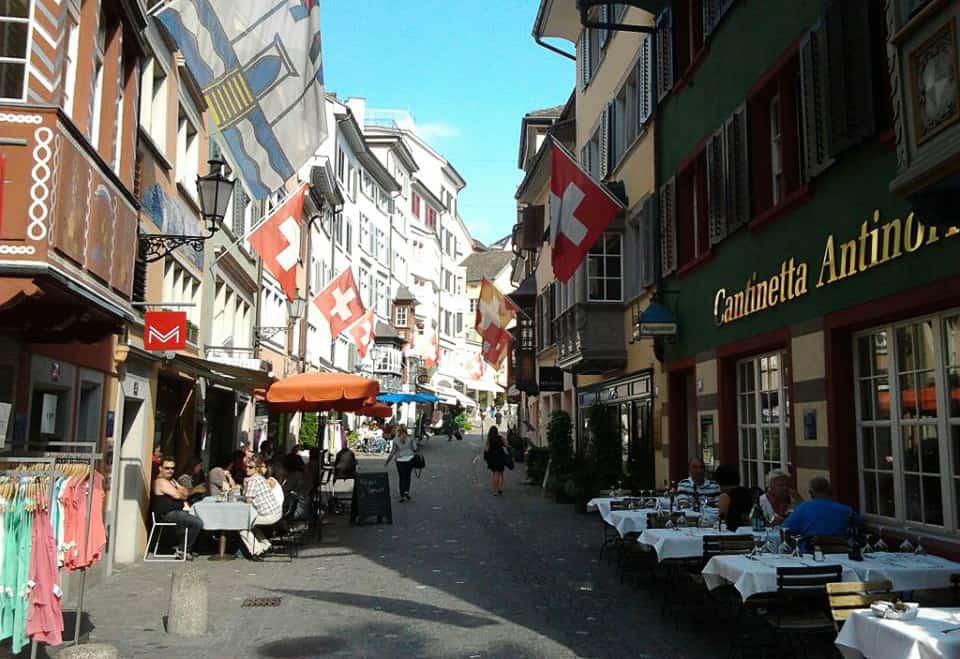 Finding a job in Zurich was relatively easy, even without speaking any German. During my first couple of years in Switzerland, I worked as a nanny with several expat families, with whom I would speak English or even Portuguese. In the meantime, I’ve learnt some German, and for the last year, I’ve been working as a waitress in an effort to improve my language skills.

Just to give you an idea, a full-time nanny or waitress in Zurich earns around 4000 Swiss francs per month (plus tips, if you’re a waitress). In my case though, I decided to work only 80 percent, which means only 4 days a week, so I can have more time for myself and my blog.

Do you need a visa to live in Switzerland?

Switzerland is part of the Schengen Area but not of the European Union, so I do need a visa to live here. However, as a Portuguese citizen, I’m allowed to travel to Switzerland to look for a job for a period of up to 90 days. Once I found a job, I was given an initial residence permit for a period of five years. 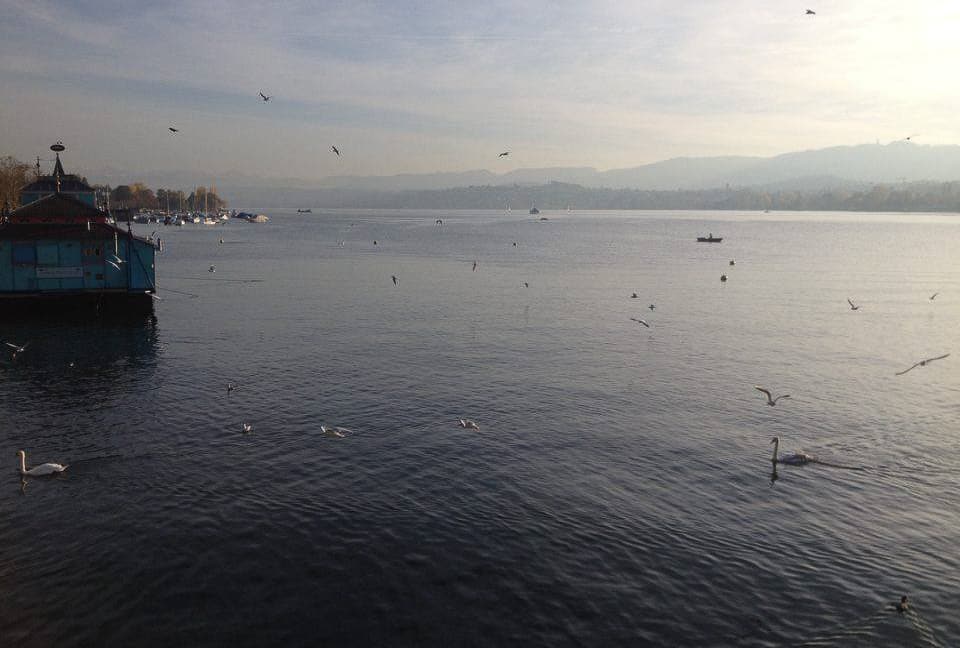 According to recent studies, expats in Switzerland have a hard time making local friends and the worst social life when compared to other destinations. And, unfortunately, I have to agree. Coming from a country with a more spontaneous and outgoing mentality, I must confess this was quite a shock initially.

It’s not that Swiss people are unfriendly. They just have a different, more serious approach to friendship. Contrary to other countries, Portugal included, where you can have lots of superficial friendships, Swiss people make friends for life, and take their time to really know someone. They’re not interested in befriending an expat who, most probably, will leave the country in two or three years.

So, despite all our efforts, my boyfriend and I still don’t have that many friends in Switzerland, and the ones we do have are mostly expats as ourselves.

What’s the best thing about living in Switzerland?

Definitely, the high quality of life. Being able to work part-time, which is a very common option in Switzerland, and still earn enough to live comfortably, save and travel. 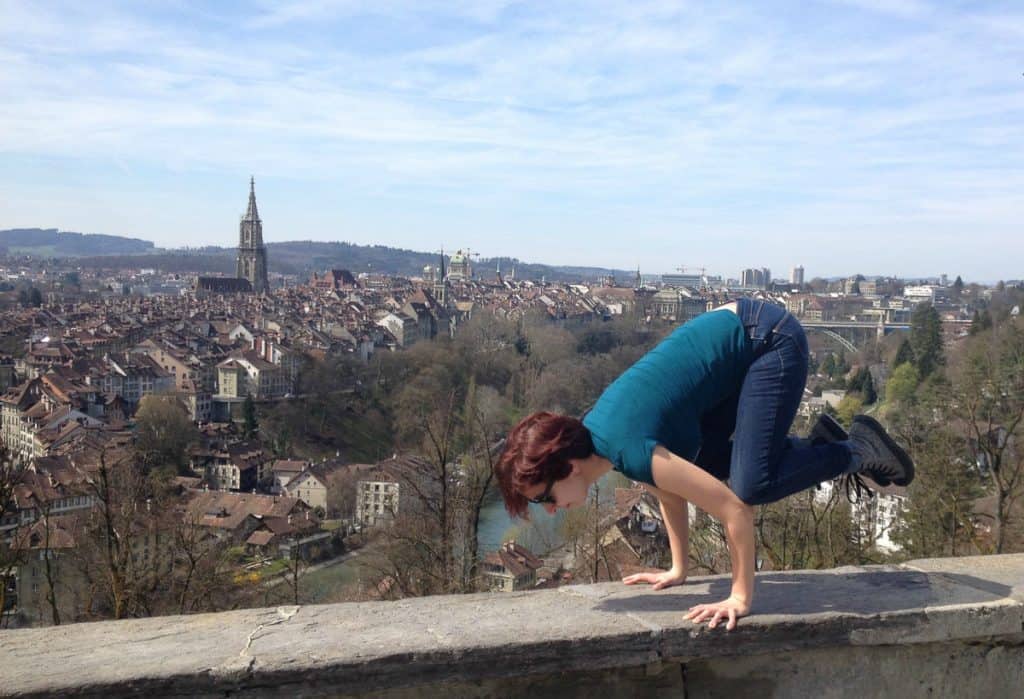 What’s the hardest thing about living in Switzerland?

Learning German has certainly been a challenge, to say the least. To make things even harder, Swiss people have their own dialect, the Swiss German, which is actually another language and quite different from High German.

Before moving to Zurich, I was living in Lisbon. Lisbon is a big, beautiful, sunny city. But it’s also a bit dirty and unorganized. This roughness is part of its charm but can make life stressful sometimes.

Zurich, on the other hand, is a smaller, picturesque, and well-ordered city. The streets are spotless, and all the public services and transports are highly organized. Zurich is also colder and darker during the winter.

There are also big cultural differences. One of the main ones are shopping hours. In Lisbon, grocery stores, shops, and malls are open Monday to Sunday, from early in the morning till late in the night. Shopping centers are also where people get together to eat, go to the movies, or just have a coffee and a chat.

With few exceptions, in Zurich, malls, and stores, in general, are closed on Sunday, and from 8 pm during the week. Besides promoting work-life balance, this results in people spending more time outside, hiking or swimming during the summer, and skiing or snowboarding during the winter.

If we had just one day in Zurich what should we not miss?

Start by taking the train up to Uetliberg and admire the stunning views of the city and the Alps. Return to Zurich main station and have a stroll along the famous Bahnhofstrasse, one of the world’s most expensive shopping streets. Have lunch at Hiltl, the oldest vegetarian restaurant in Europe, and my personal favorite in Zurich.

After lunch, head to the lake. You can either take a boat ride or walk along its shore for some relaxing time and beautiful scenery. End your day exploring the old town, and enjoying a cheese fondue dinner in one of its many restaurants. And don’t forget to buy some swiss chocolate before you leave! 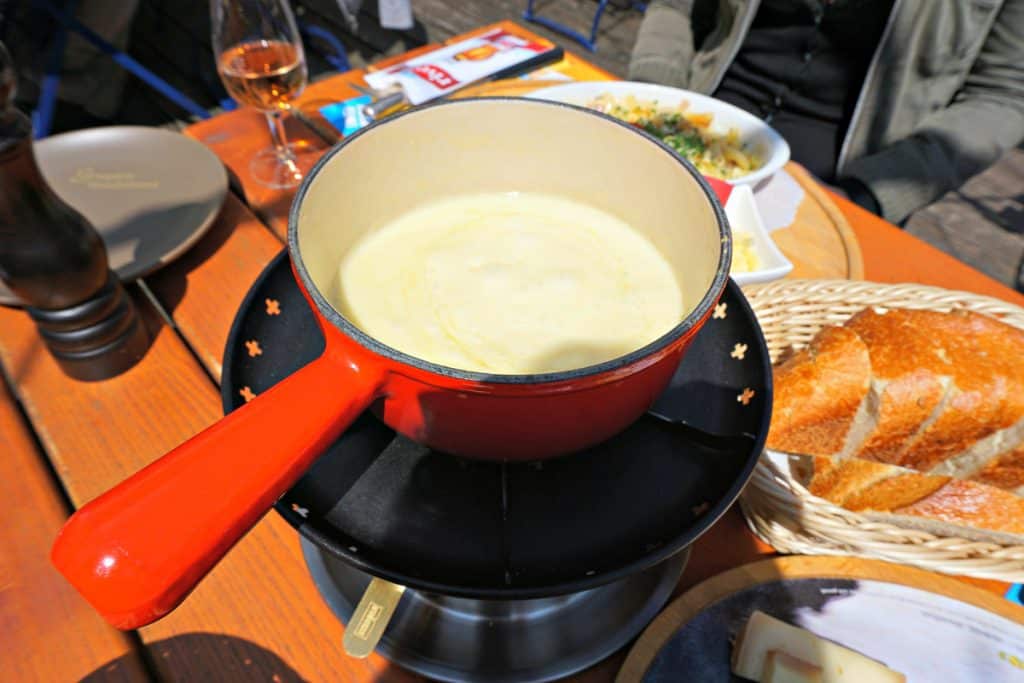 If you could give one piece of advice to people looking to live in Switzerland what would it be?

Learn the language spoken in the region you plan to move to (Switzerland has four official languages) BEFORE you come. Having at least some basic language skills will help you integrate and make your life much easier in Switzerland!

One thought on “Expat Interview: From Sun to Snow – Moving to Switzerland”