I studied Japanese in highschool for two years. It’s actually a pretty common language to learn in New Zealand thanks to our tourism industry! Unfortunately, I quit before the school organised a trip to Japan and I’ve still not managed to travel there on my own. However, it’s somewhere that I’m endlessly fascinated by and super curious about what it’s really like to live there. So I’m super happy that Thais from World Trip Diaries agreed to share what it’s really like! 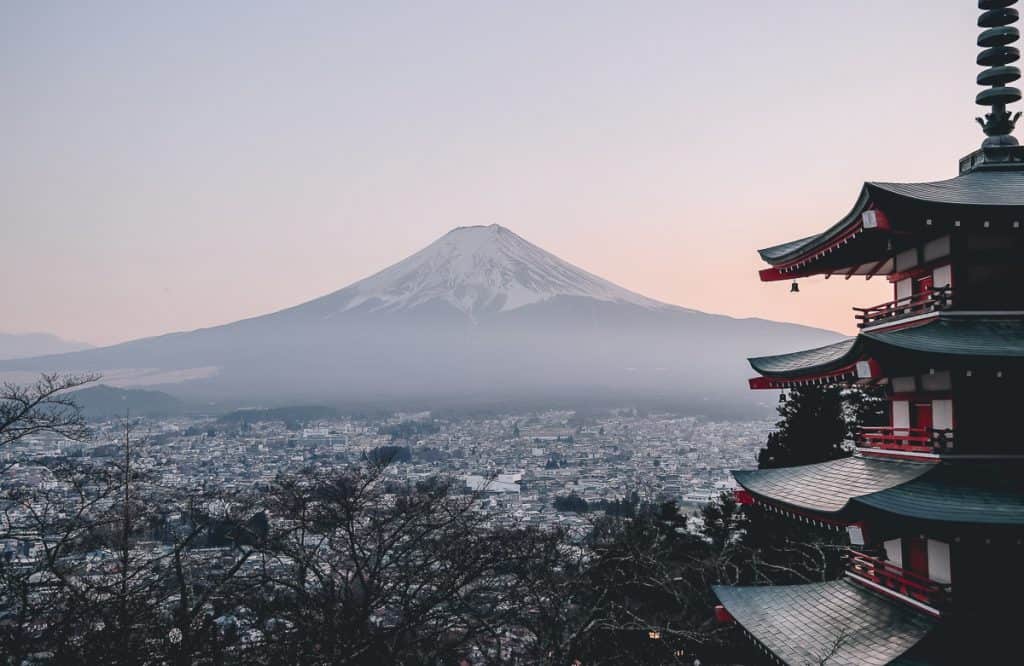 I started my expat life as a child. My parents decided to try their luck in Japan when I was 9. We returned to Brazil after a couple of years, but I was always wanting to move.

We finally did it when I was married and had 2 kids. We moved to Spain, then to Japan, then to NZ.
So, the truth is: I’ve been an expat for a good part of my life.

Now I have 4 kids and have been living in NZ for a decade. Well, except for the 2 years we spent traveling around the world.

What made you decide to move to Japan?

I had 3 kids. My mom had met my oldest 2 kids, but my dad hadn’t ever seen them live.

I wanted them to meet their grandparents, and have some time to get to know each other. We had the plan to spend around a year there – and we ended up staying for 2!

And I also wanted to share with them the place I loved so much as a child! I had so many incredible memories to show them! Japan is an awesome place for kids and I really wanted to take them there – but not just on holidays, to really live there for a while.

When my husband’s work finally settled enough to allow him to work from abroad, that was our cue! 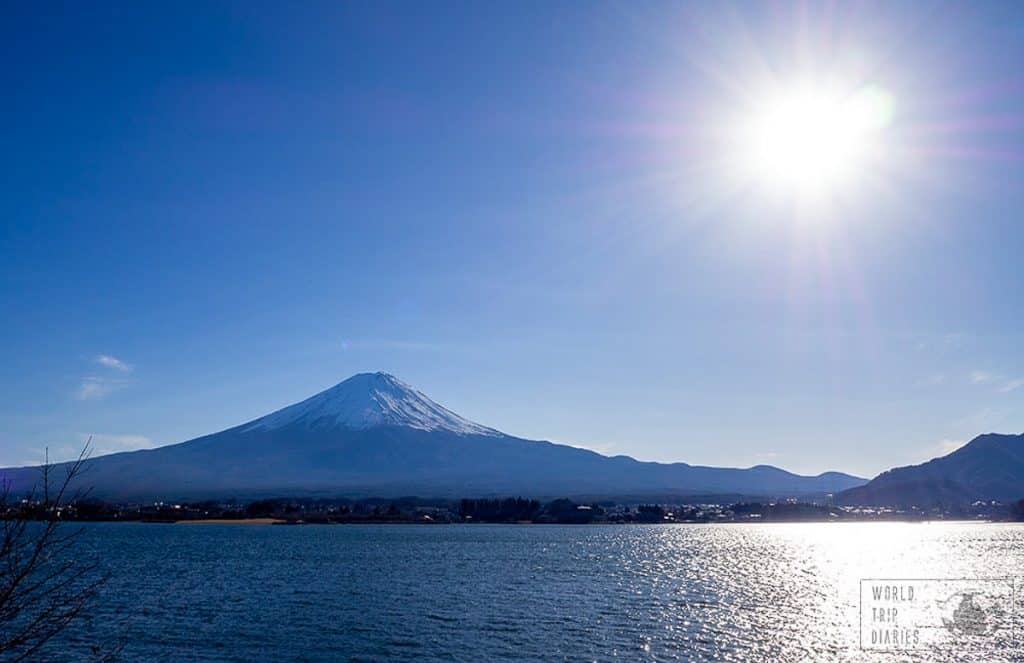 Tell me about the cost of living in Japan

Japan isn’t a cheap place, compared to other Asian countries, but I find it super reasonably priced if we compare to Europe or even Australia and NZ.

It’s easy to have a full table serviced meal for US$ 10, for instance. You can have a convenience store sandwich with a drink (be that a beer, juice, soft drink, or tea) for less than US$ 5.

You can make rice in the rice machines (they’re super handy and cheap there) and buy all the rest (a meat and a vegetable) ready from the supermarket for US$ 3.

Housing, well, to buy a house is difficult – especially if it’s in a big city – but renting isn’t really too much. It’s difficult, though, if you’re not in a ‘traditional’ family. Solo mothers and immigrants, for instance, may find it difficult to find a place that takes them.

Transport is expensive, and so is entertainment. A train fare costs at least US$ 2 and almost every activity you do, you’ll pay.

It’s easy to balance, though, by eating cheaply and paying for the outings. And walk a lot, as you can walk in Japan safely at any time.

I was writing for a Brazilian parenting magazine then, and my husband was working for his clients, and he works with IT, so it was easy.

We could work from anywhere in the world as long as we had the internet.

After a while, because time zones suck, the husband decided to send out a few curricula around and he got a job in a Japanese company, but we could’ve kept working online easily.

In Japan, you’ll most likely need to speak at least a little bit of Japanese to find a job, and you will need a visa that allows work. You can, as the husband did, just send out curricula around and see what happens. Some companies are OK helping you with the visa, but most aren’t. 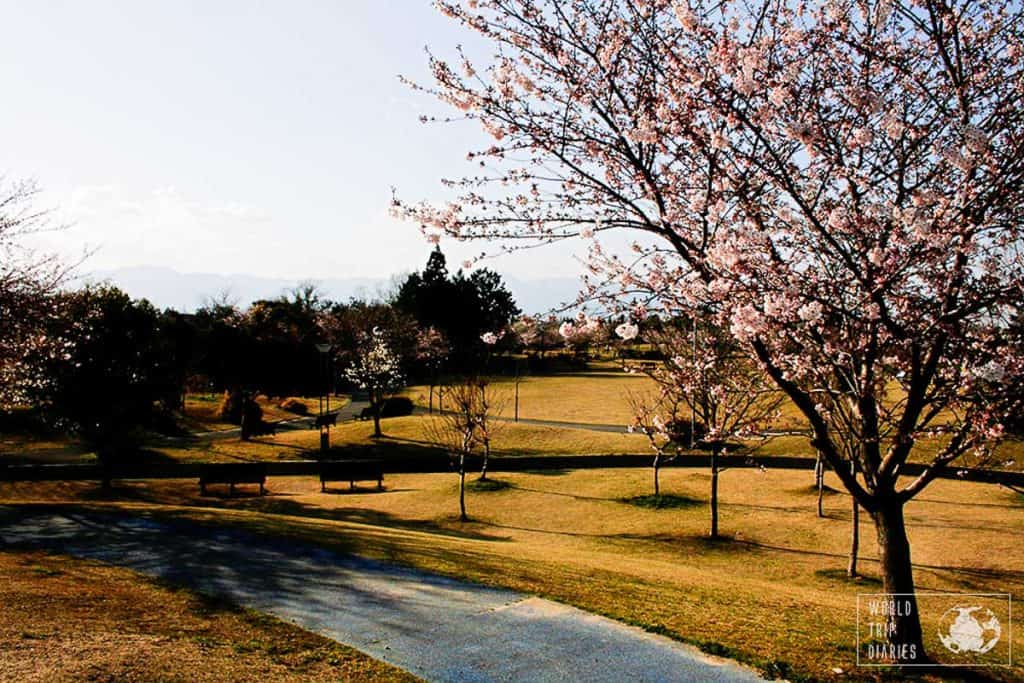 Do you need a visa to live in Japan?

It depends where you’re from. Being Brazilian, we needed the visa and it took around 5 months for them to complete the application and warrant the visa. But with the NZ passport, we didn’t need anything at all (except a valid passport) for short trips. For longer stays (over 3 months), yes, a visa is needed.
To work, though, you do need a visa with a work permit.

The Japanese are mostly great people!

It’s not too easy to get to them, but once you do, it’s incredible!

I’m an introvert, so it’s really hard for me to go out and make friends but I made many great friends there. It was easy, as I saw the same people every day (they are very tied to their routine) and we could improve the conversation little by little. Also, they were very curious about us, which helped break the ice a bit.

The husband, on the other hand, found great friends at work easily.

What’s the best thing about living in Japan?

Japan is an INCREDIBLE country!

There are so many best things, I can’t really choose one!

It’s beautiful and diverse, from stunning beaches to snowy mountains, from modern cities to small, very traditional villages, it just has everything.

The people are great and helpful; services are almost always perfect; it’s one of the safest countries in the world, and the food is the best in the whole world. Just is. 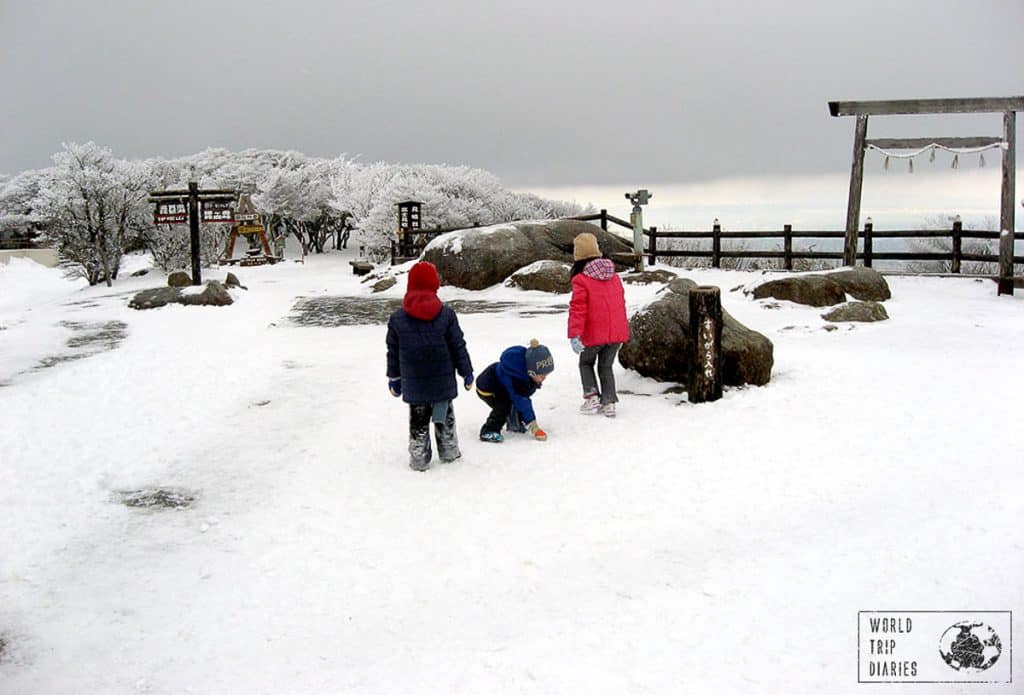 What’s the hardest thing about living in Japan?

I wasn’t prepared for the super hot summers and the super cold winters. And the natural disasters: hurricanes, typhoons, earthquakes, tsunamis.

I spent most of my first year scared – but eventually, we figured out how they prepare for these things and started relaxing.

Houses in Japan are usually very, very small. It wasn’t hard for us at first, because middle-class apartments in Brazil are also very small, but comparing to our home in New Zealand, yes, it’s hard.

When we go to Japan, which happens every 18~24 months, we always have a hard time sharing such a tiny space between the 6 of us. I can’t imagine living like that anymore.

Also, they do prize the silence a lot and with 4 loud kids, it’s super hard and ends up being stressful.

Security-wise, it was heaven. I could leave the door open if I wanted to, the kids in the car while I did something, or the kids at home while I ran an errand. I didn’t though! Some fears run deep.

But it was great knowing that even though I’d forgotten the phone on the passenger seat, nobody would care nor try to steal it.

If we had just one day in Japan what should we not miss?

One day is way too little in Japan of course, but cram as many meals as you can and have some street food too. Try some home-style meal (like at Ootoya), a conveyor belt sushi place (or a fancy Michelin starred sushi place if you can afford it), an ice cream parfait, and a ramen. Just never forget the ramen – not the instant noodles, the real ones, where you buy the ticket from the machine and sit at the counter. If you’re up for it, try wagashi, a Japanese traditional sweet made out of rice and/or beans.

Have a ninja or a samurai experience, because it’s Japan, after all.

And ride a bullet train!

When you think of your expat home, what comes to mind?

I’m tattooed. My husband and I have various tattoos all over us.

We knew tattoos aren’t very welcomed in Japan, but it was a hot summer day and we had the day off, all of us – which was very rare – so we went to the beach.

Even though it was very crowded, we had a huge space around us and we didn’t really understand why but we appreciated it and we enjoyed our whole day. I even thought we were smelling.

Until, well, we realized people were scared of us and our tattoos. That’s when we decided to cover up as much as we could (with our t-shirts and towels).

It was done, though, we were almost going home anyway, but it was funny when we found why we had so much space around us – the look on people’s faces!

We didn’t do that again. Ever since that day, we try to be as modest as we can. It gets hard during the summer months. 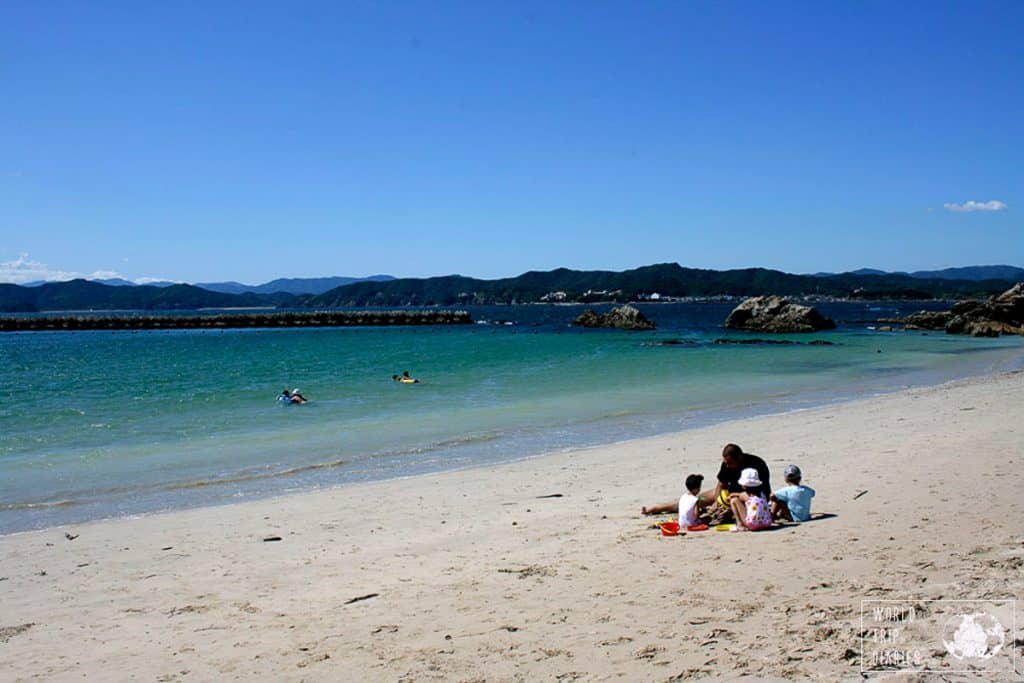 I always tell women to use the Japanese squat toilet. The lines are usually shorter and it’s SO much easier to do what you have to do without touching anything!

Walk a lot, get lost, find yourself entering the small stores, the tiny restaurants (some of them fit 5 people at most!), the unknown alleys. They are the best places to see.

Even during summer, bring at least a cardigan because the air conditioning is super cold.

And don’t be afraid to talk to people.

The last one: keep an emergency bag near the door with water, a first aid kit, and some clothes. You just never know when you’ll need it.

If you could give one piece of advice to people looking to live in Japan what would it be?

Learn at least a bit of Japanese, because the Japanese English is… different.

It’s a very different culture to the Western one. They are reserved, organized, quiet, and modest.

But they are friendly and helpful too.

Be on time, be respectful, and be open!

That’s, I believe, how to get the best of it!

4 thoughts on “Expat Stories: The Realities of Moving to Japan”