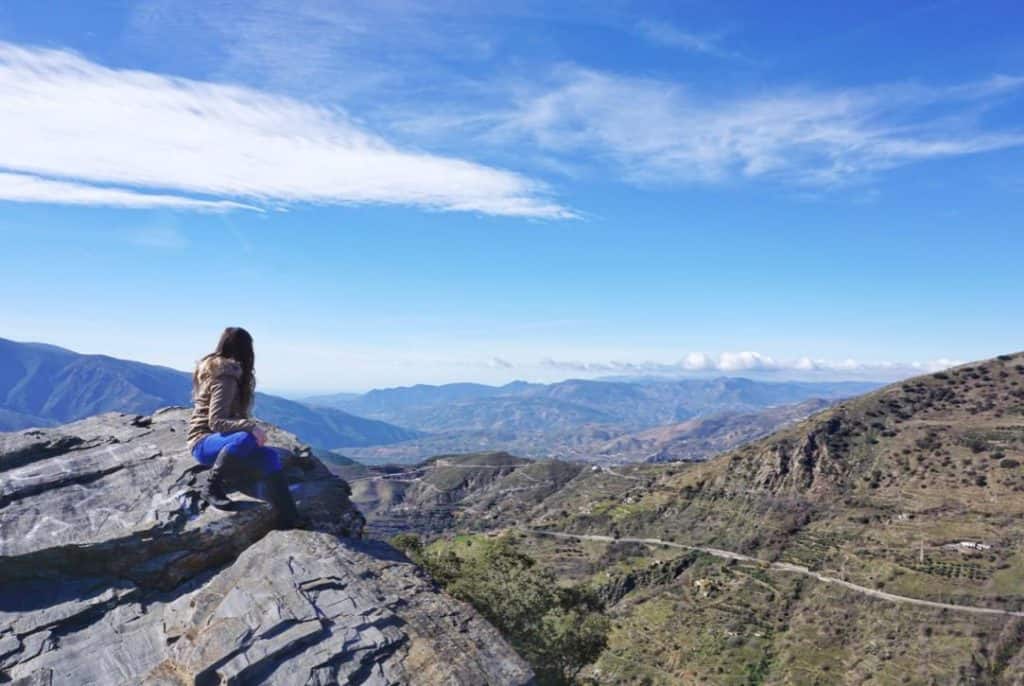 Welcome to the first monthly recap of 2017! I keep accidentally writing 2016 so clearly I’m not with it just yet. I swear I just moved to Spain but it’s now been an entire year, which is crazy! I didn’t do a monthly post for December, but I did round up all of my destinations of 2016 and a behind the scenes of Instagram photos, and when I look back it was a pretty amazing year from Scotland to Spain and everywhere in between!

For the first time in four years I sent New Year’s Eve away from Scotland! On a whim I went to Portugal after Christmas and rang in the New Year in the main square of Lisbon. I’d be lying if I said I was terribly impressed by the bands they had playing, but the Portuguese people there seemed to love it! The fireworks were decent though… 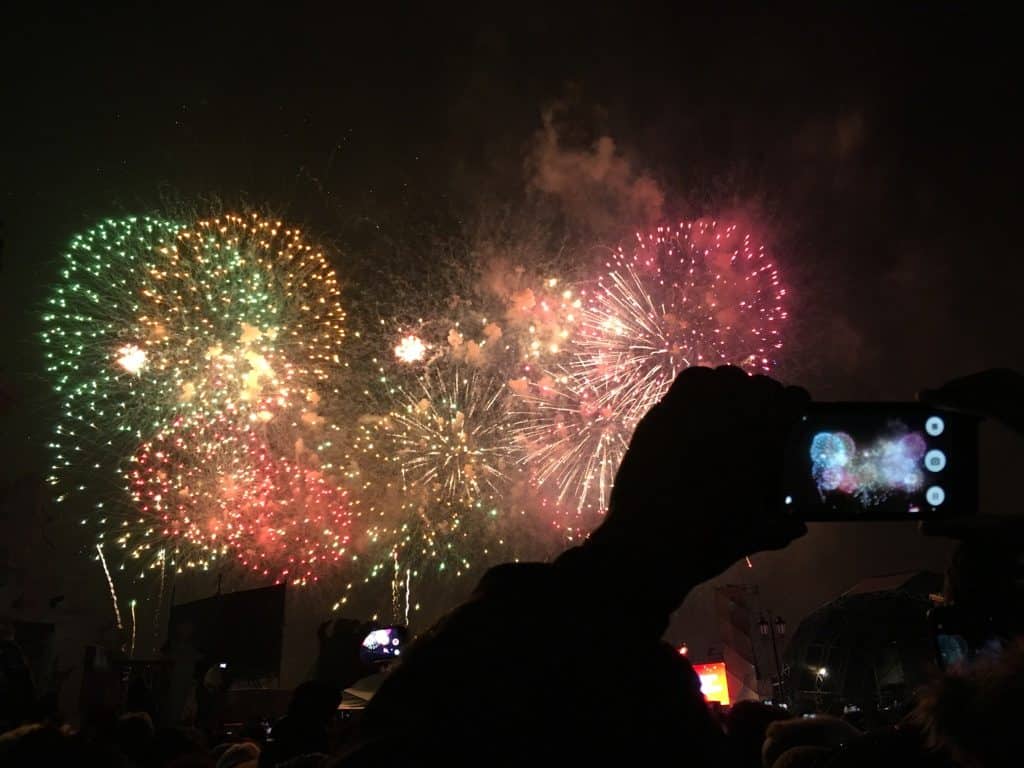 I fell in love with Porto, even more than Lisbon (sshh). There’s something about a smaller city that I just love, and the port wine didn’t hurt either. More posts coming soon on the awesome things to do in Porto and why you shouldn’t miss it off your places to go in Portugal list! We went to a lot of port wine tastings, so much that I actually feel a bit knowledgeable about the beverage, and to one of the coolest bookstores I’ve ever seen.

P.S. Did you know J K Rowling used to live in Porto? 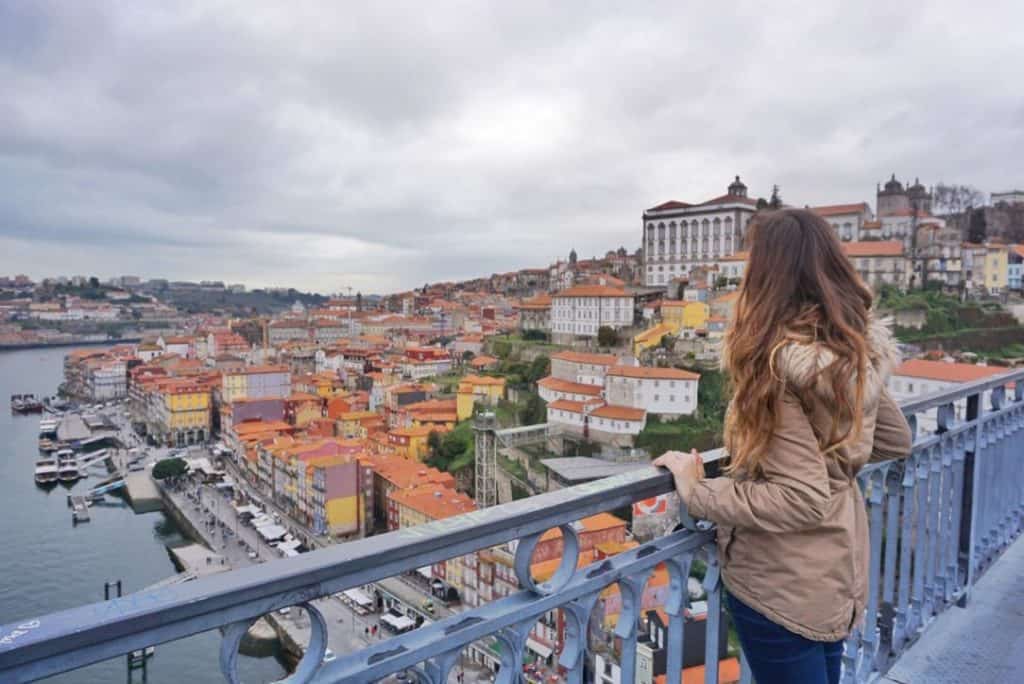 Since the drive from Porto to Almería isn’t exactly short, we stopped in Segovia for a night on the way. I’d visited here once on a day trip from Madrid but it was nice to see it again and have a more leisurely look around. Segovia is mostly famous for the enormous Roman aqueduct that runs through the centre, and for their love of suckling pig dishes! 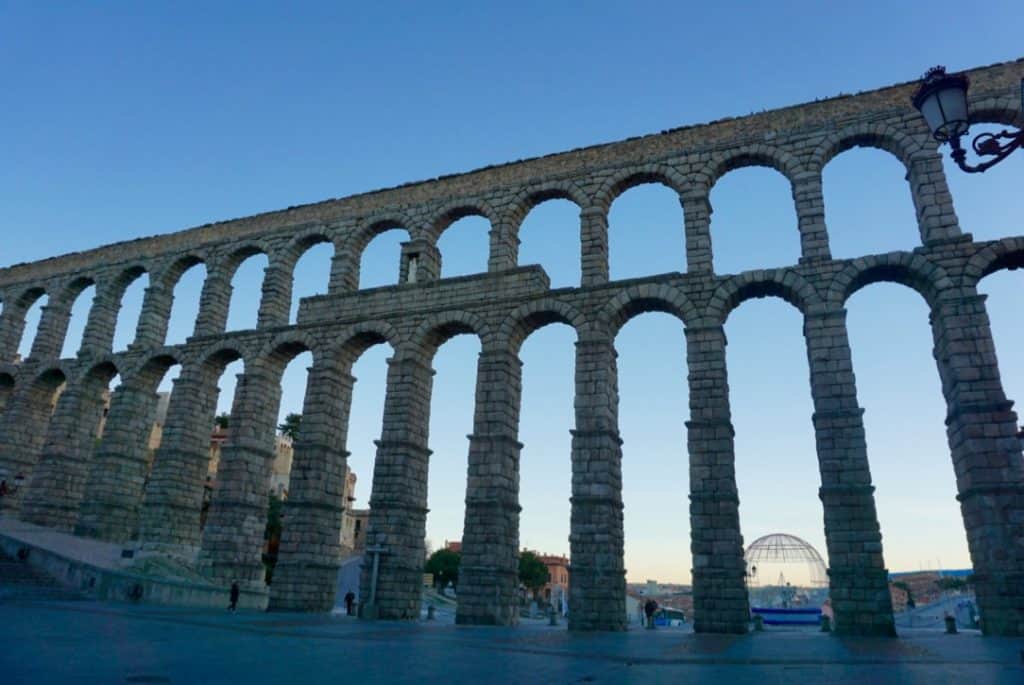 I had been wanting to go to Cuenca since I came across it while looking for day trips from Madrid. Cuenca was just a bit too far when I had closer places to explore and so it was pushed to the bottom of my list. But thankfully I had the chance to go and see the unique “hanging houses” of Cuenca on our way back to Almería. These are houses that balance precariously on the edge of a ravine stretching down from the old town towards the new. Honestly, I don’t think I could live in one! 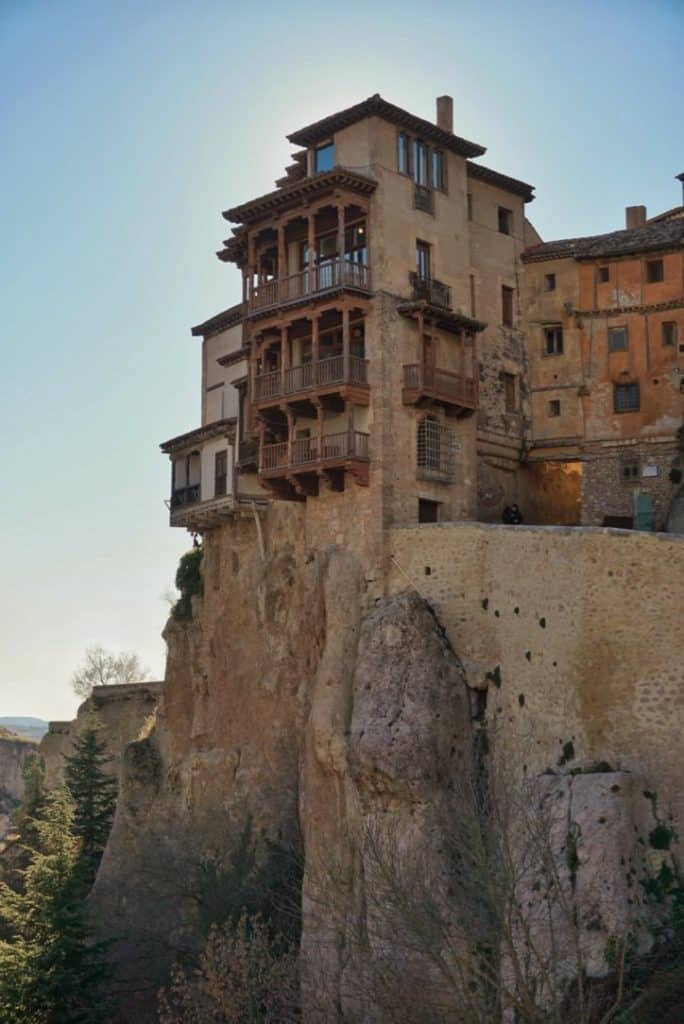 January meant back to work teaching English in the Auxiliar de Conversacion. The program has just opened again so if you’re interested in teaching English and living in Spain then get onto it! This time I’ve had my family with me here, and we’ve had plenty of time for me to take them to all my favourite places. Which means I’ve been eating a LOT of tapas!

It’s been so much colder this year in Southern Spain than it was last year. There was even snow on the hills near from Almería which definitely wasn’t there when I first arrived! So of course I had to take a trip to see the closest snow! Southern Spain isn’t just sunshine and tapas all the time! 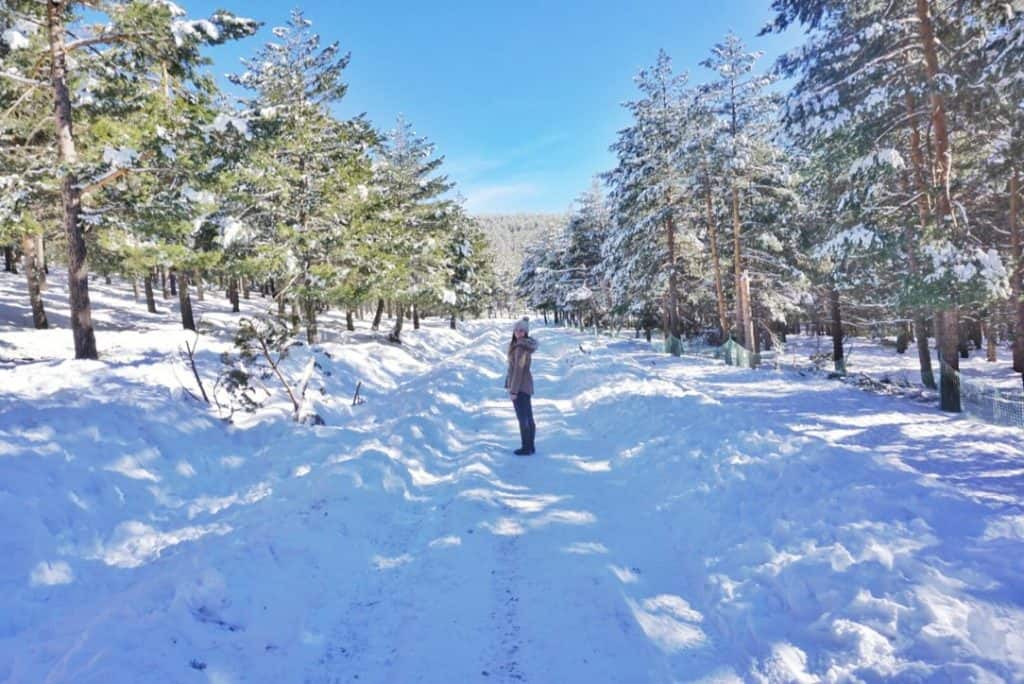 I love these little mountain villages on the southern side of the Sierra Nevada. They were the last strongholds of the Moors who built many small villages here reminiscent of their homes in North Africa, with small winding streets and houses with flat roofs. They have a turbulent history after the reconquest of Spain, again during the civil war in the 1930s and they were badly affected by the recession. However, tourism is starting to recover, and the villages are more accessible than ever from Granda or Motril. I went some of the Alpujarras last year, but on this trip I managed even more and I can’t wait to write more about it! 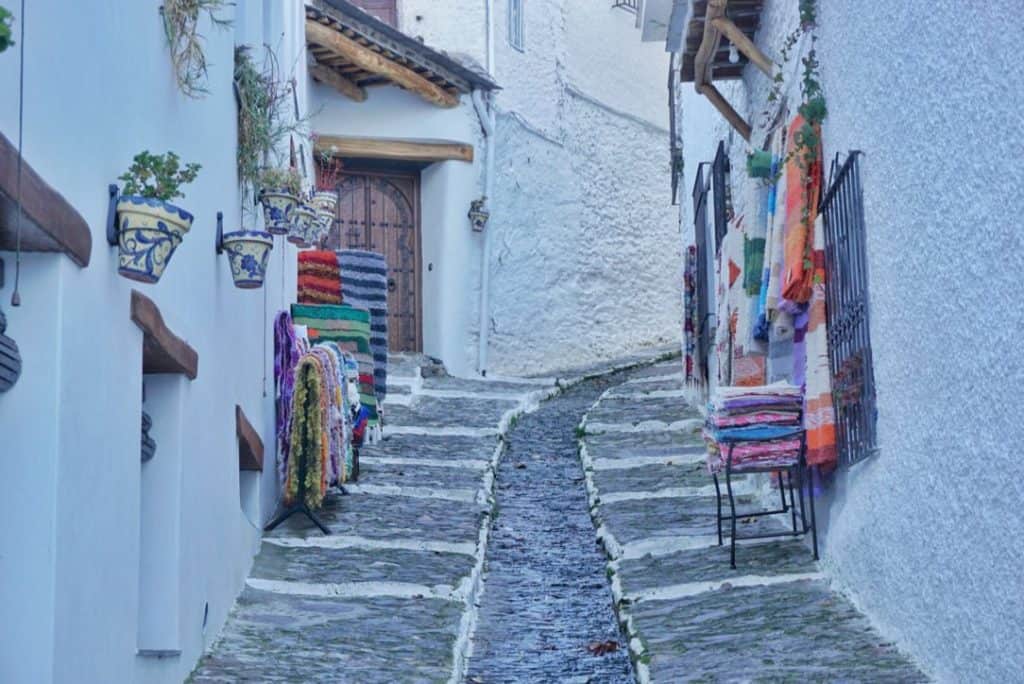 I always find it hard to choose a favourite place since everywhere has it’s positives, but I really did love my time in Porto. I would definitely go back if I had the chance, and port wine tasting was so much fun!

Despite the difficulty of the month (see below) I do have to be grateful for the silver lining of more time with my family, and finally going to places I wanted to see since I got to Spain. Portugal, Cuenca and the Alpujarras were all definite highlights! 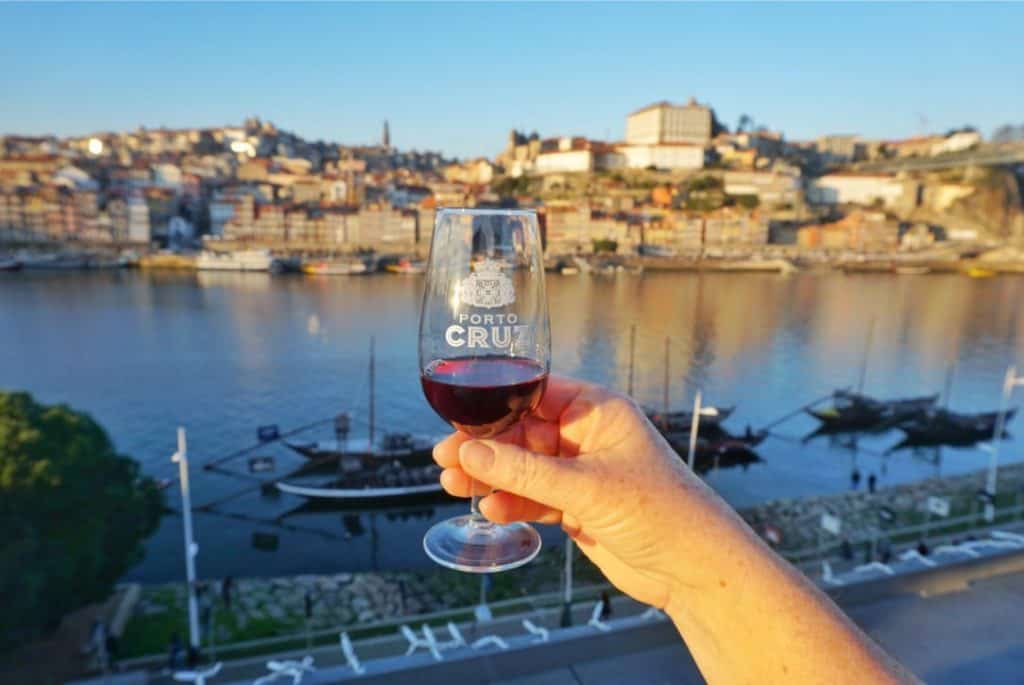 Fun fact: That’s my Mum’s hand. My nail polish was too terrible for me to do this!

I touched on the fact I’ve applied for a UK visa in a few past posts and that I’ve been waiting to find out if it’s approved. Well, I’m still waiting. Despite having applied for many visas in the past I made a couple of mistakes with this application and I completely misjudged (read: took at face value) the processing timelines. It’s been a painful wait to say the least and one that I want to write about more in depth but honestly haven’t been able to handle doing so yet. Fingers crossed it’s on it’s way and I’ll know soon if I can move back to the UK!

10 Ways to Stop Making Excuses and Travel This Year

I started the year of with this post about how you can make your travel dreams come true this year, and it’s proved to be very poplar! Chances are if you’re reading this you want to travel more, so hopefully it might help you out.

The Beautiful Spanish Town of Ronda

The first of my posts about the destinations I went to over the Christmas/New Year break, with many more to come! This is another place I’d wanted to go for years, so I was happy to finally be able to do it. Plus, that bridge! 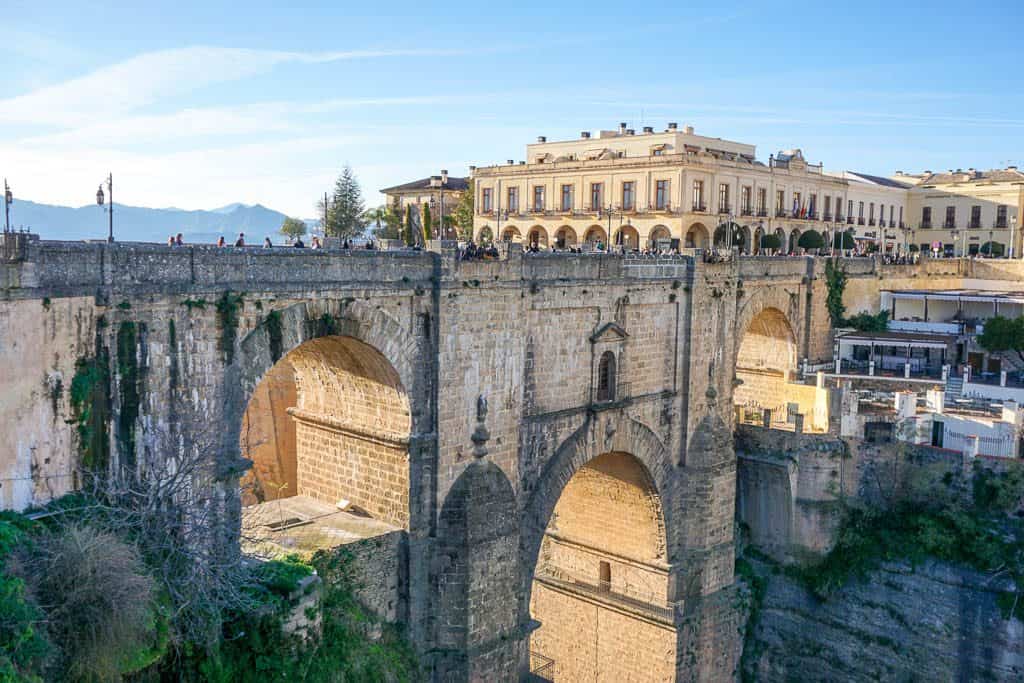 On my road trip I went to Portugal for the first time, and it was AWESOME. I’ve just published my first two posts about it and I have a few more up my sleeve. Portugal is a hot destination right now and I’d really recommend it if you’re looking for somewhere new to go this year.

A Road Trip on the Algarve Coast, Portugal

21 Things to Know Before You Visit Lisbon, Portugal 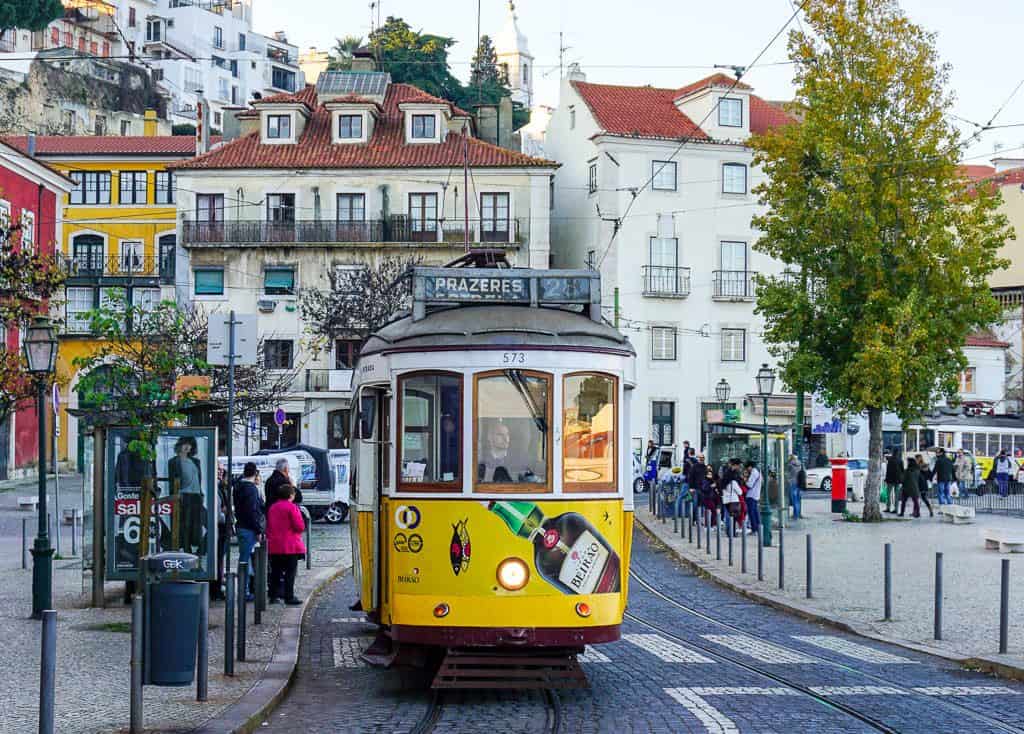 My expat interview series is back, and I love that my first one of the year is from the UK! Want to know how a Brazilian feels about the weather in London?

Expat Interview: Moving to London for a World of Choices

Confession, I may have been neglecting Instagram of late. If you’re involved in Instagram in any kind of marketing way then you’ll know how strong the follow/unfollow game is there. Basically people follow you in the hope you’ll follow them back, and then they unfollow you when you do, or if you don’t. It’s a way to boost their follower numbers without following a ton of people. And it SUCKS. I’ve been using Instagram for around five years but only in the last year and a half or so for my blog. I love putting up photos and finding new inspiration in other peoples, but I’m really over getting almost as many follows a day as unfollows. I follow people whose photos I genuinely like and want to see more of in my feed, and I would love if others would do the same! Oops. Rant. Anyway, I’ve taken a step back but I’m jumping in again from February!

It’s funny what photos are the most popular on Instagram, as often they’re not my favourite! But this month’s most popular is one from the Algarve Coast in Portugal.

In the summer this water is so calm you can kayak around these cliffs, into caves and through holes in the rocks…. I wouldn’t like to be in it at this time of year! ? // #lagos #portugal

And that’s January! Can you believe this year is one 12th over already?!?

Did you set resolutions for this year? Share with us if you did! Did you January turn out as you planned it?