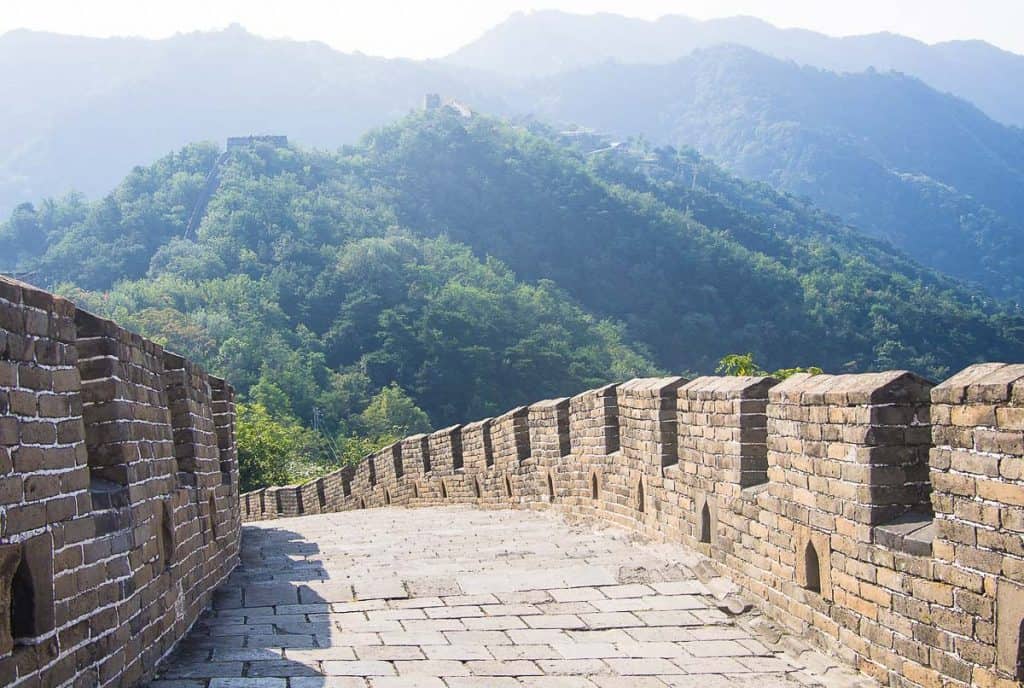 I visited China 8 years ago (I can’t believe it’s been that long!) and at the time I remember saying that I wanted to move there for a little while. It was just such an amazing but foreign place to me and I wanted to experience it further. Unfortunately, I’ve never made it back, but Tom has shared his adventures and thoughts on moving to China below!

I now live in the Czech Republic, but before that, I spent four years living in China. I am from England, but from an early age I always envisaged living abroad; it seemed more exciting somehow.

My first real experience with travel came after secondary school. I spent six months living in Ghana, which really opened my eyes to how differently people live in other countries. I still feel I learned more from that experience than in the following three years I spent at university.

In my twenties, I travelled sporadically. This included a six-month overland trip from the UK to Thailand and four months of backpacking in India. Ultimately I realised I enjoyed staying in different countries for longer periods of time rather than backpacking from place to place, and so I started looking for different ways to make that happen. 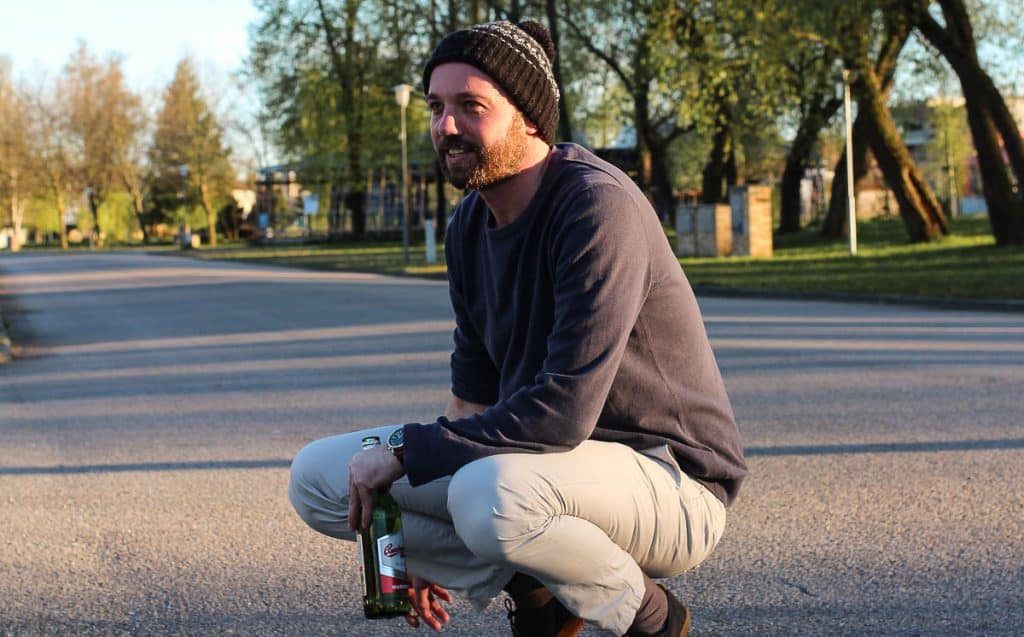 What made you decide to move to China?

Of all the countries I had visited whilst travelling, China felt the most removed from my own culture. So I guess I saw myself as somewhat of an explorer and wanted to try to understand it.

At the time I was also very interested in Chinese philosophy, and I wanted to go to the source of that. Plus I was keen to learn a second language, and Chinese seemed like a good choice because more people speak it than any other language in the world.

Finally, from a practical perspective, there were literally thousands of English teaching jobs in China, so I knew that I would never struggle to find work there.

Tell us about the cost of living in China

For three years I lived in ‘smaller’ Chinese cities (Nanning and Zhangjiajie), where the cost of living is much cheaper. Transport was extremely affordable, with buses costing the equivalent of 0.3$. Taxis never cost more than $5. Eating out was extremely cheap; a bowl of noodles at a restaurant cost around $2. Unless you go to high-end hotels for dinner every day it is near impossible to blow your budget on food.

One of the perks of working as a teacher in China is that the accommodation is often provided (so again, great for the wallet). That said, the standards of apartments in China might not be quite what you’re used to, and you may have to adjust to a squat toilet.

The best way to save money is to avoid imported goods (i.e. foods and toiletries), which are ludicrously expensive. Cinema tickets were also costly (in relation to the price of everything else in China). So I would usually try to do something Chinese instead. For example, I would go for a Chinese massage, which cost around $4. But sometimes I still craved the taste of home, and those things really ate into my budget. 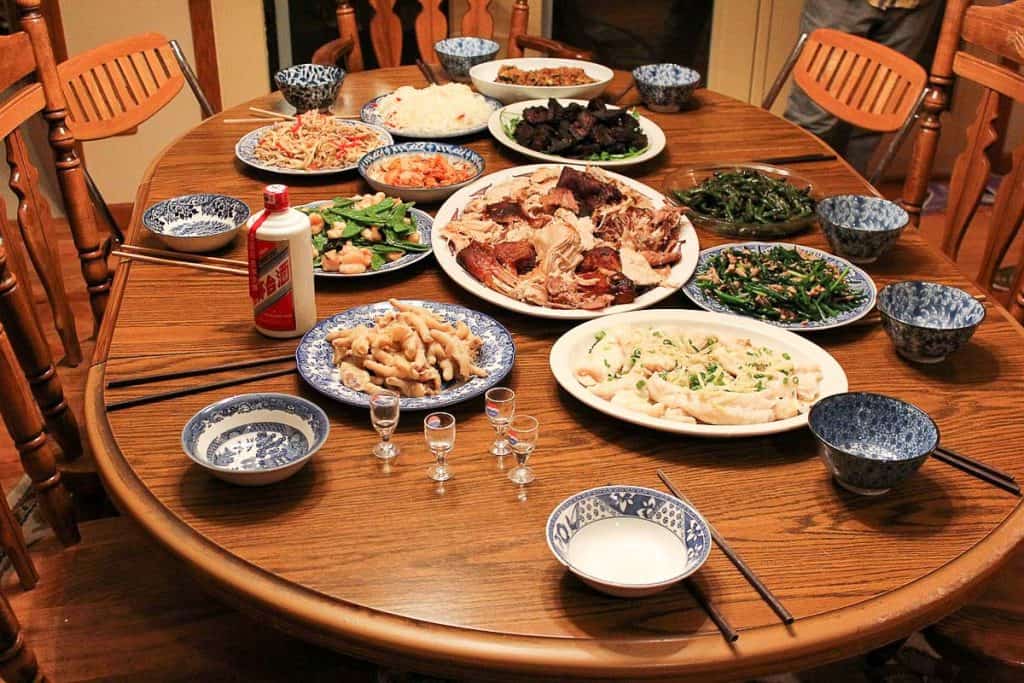 How did you find a job in China?

If you have a degree and a teaching certificate, there is no shortage of teaching jobs in China. It took me no time to amass a bunch of offers, and the real difficulty was choosing the right one. There are so many horror stories on the Internet about teaching in China, and it is difficult to judge whether a school can be trusted or not. If you spend long enough researching a school then you will eventually find a teacher who has written a scathing review, and regardless of how many other positive reviews you read it is the negative one that plays on your mind. I tried to mitigate the chances of falling headlong into my own Chinese horror story by doing a lot of due diligence, but even then it was still very much a leap of faith.

You need a visa to live and work in China, and this was another stressful part of the application process. The visa is tied to your job, so you are very much reliant on your employer to organise it for you. Many employers tell you to apply for a tourist visa in your own country, which they will then convert to a work visa on your arrival. This seemed somewhat shady to me, but there didn’t seem to be a viable alternative. Fortunately, my employer was true to his word (the documents were arranged on my arrival and then I took a trip to Hong Kong to get the visa). But I know other people who have flown all the way to China, only to find that their employer does not have the ability to get them a work visa at all.

The visa lasts for one year, and then you have to renew it. There is always a chance that your application will be turned down (as far as I could tell sometimes for no reason at all). Ultimately visas were one of the reasons I eventually decided to leave China. I had friends who went to Hong Kong to renew their visa, but their application was turned down. Everything they owned was still in China and they couldn’t even get back into the country to collect it. In the long-term, this felt like a very precarious way to live. 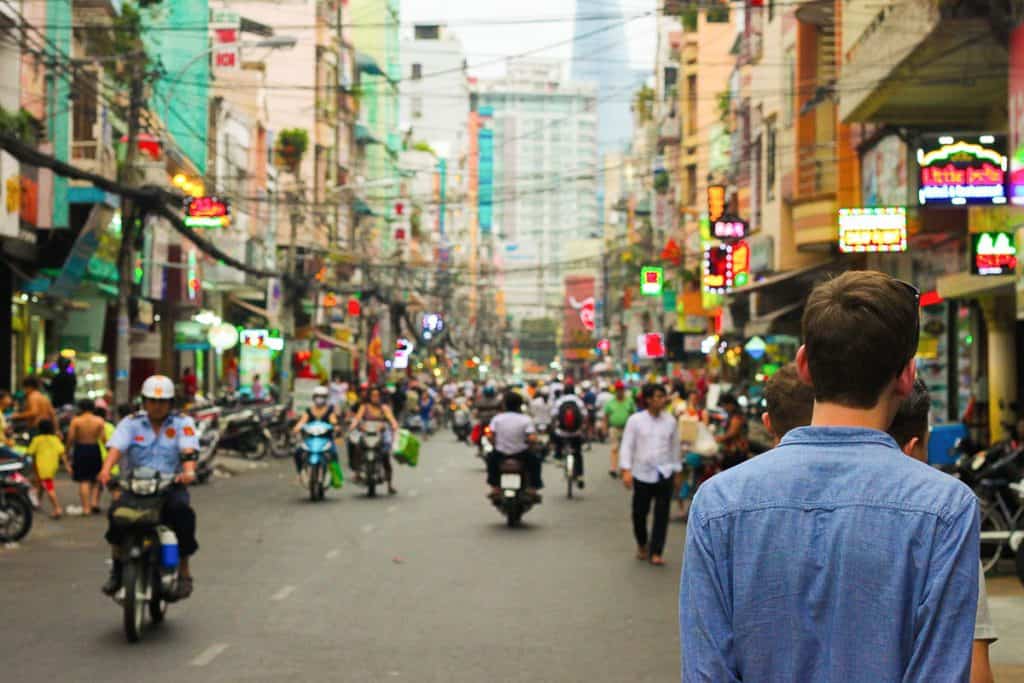 If you’re into bars and clubbing then you will have an interesting time – Chinese clubs are some of the strangest and most opulent places you will ever see. But more likely you will spend your time in karaoke lounges, which are very popular with Chinese people.

As a foreigner, you get a lot of attention in China, and so it is easy to talk to strangers and make contacts. But whether you can count these people as ‘friends’ is another matter. There is a huge cultural distance between Chinese people and Europeans, and I found it very difficult to bridge that gap. Even when you have known someone for a very long time they still see you very much as a curio from another world. The good news is that if you are teaching you will most likely have some foreign colleagues, so in that respect, you have an almost instant cohort of friends. 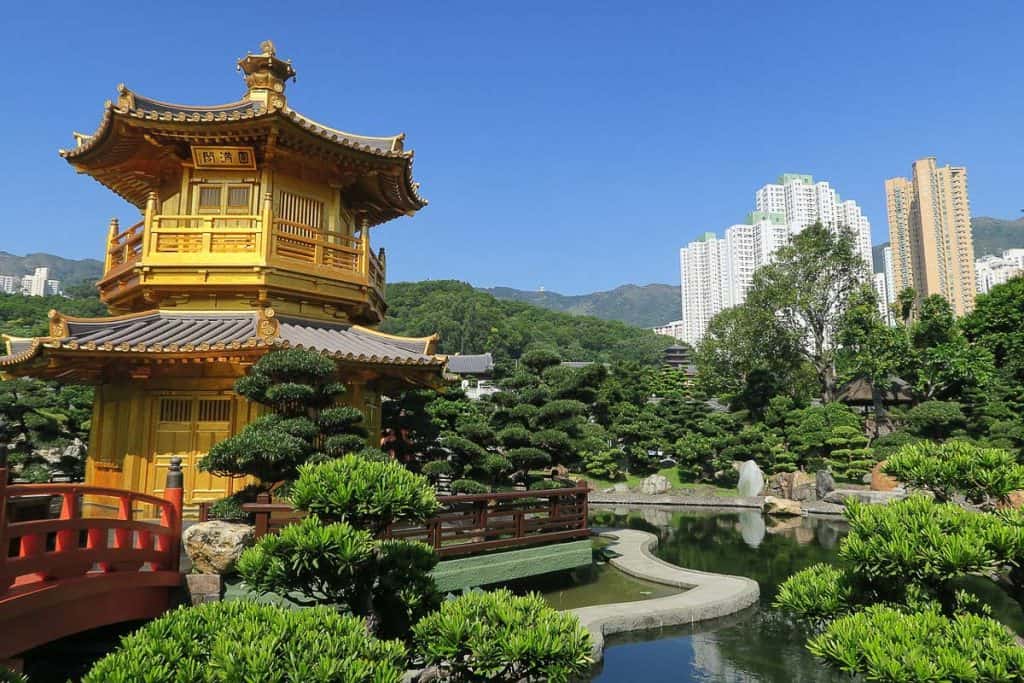 What’s the best thing about living in China?

There are so many things I don’t know where to start. I will list a few of them here in the order that they come to me: 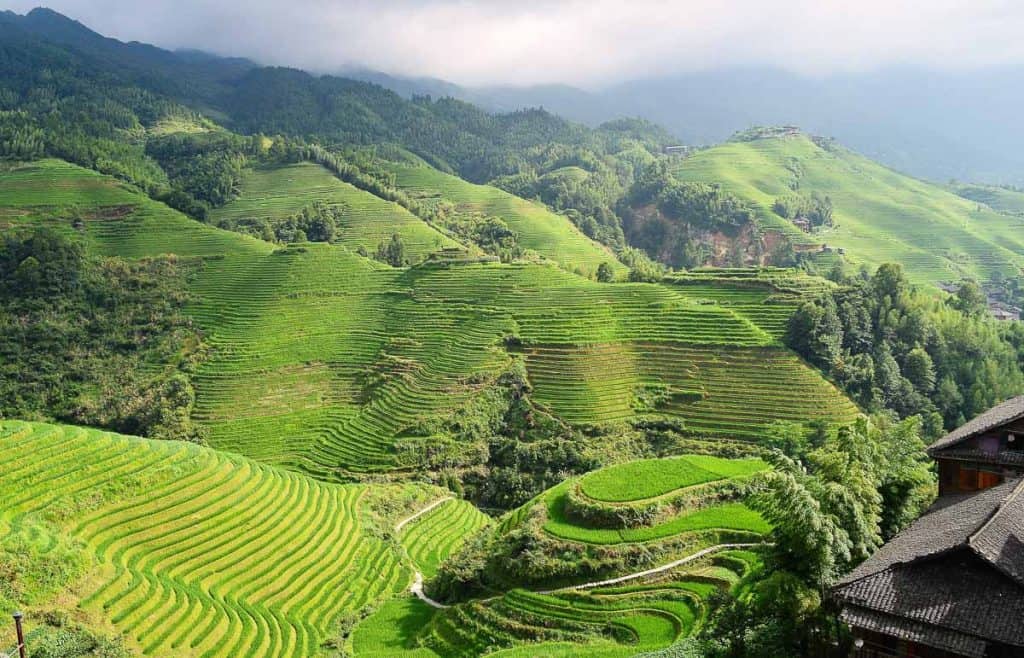 What’s the hardest thing about living in China?

Chinese people don’t celebrate Christmas in the same way as we do, so I really missed being at home during that time of year. And of course, there is the pollution. Even in the smaller cities, the smog was pretty bad, and when I moved to Beijing it was completely suffocating. I used to worry about this quite a lot, and if I had children I certainly wouldn’t want them to live there.

How is your new home different from your own country?

If we had just one day in China what should we not miss?

I’m not really into theatre, but the Tianmen Fox Fairy Show in Zhangjiajie will stay with me until the day I die. The show is a large-scale real-scene musical drama that originated from a traditional Chinese fairy tale. It takes place in the valley of Tianmen Mountain, where there is a huge outdoor auditorium. If you were impressed by the opening ceremony at the Beijing Olympics then you will love this. 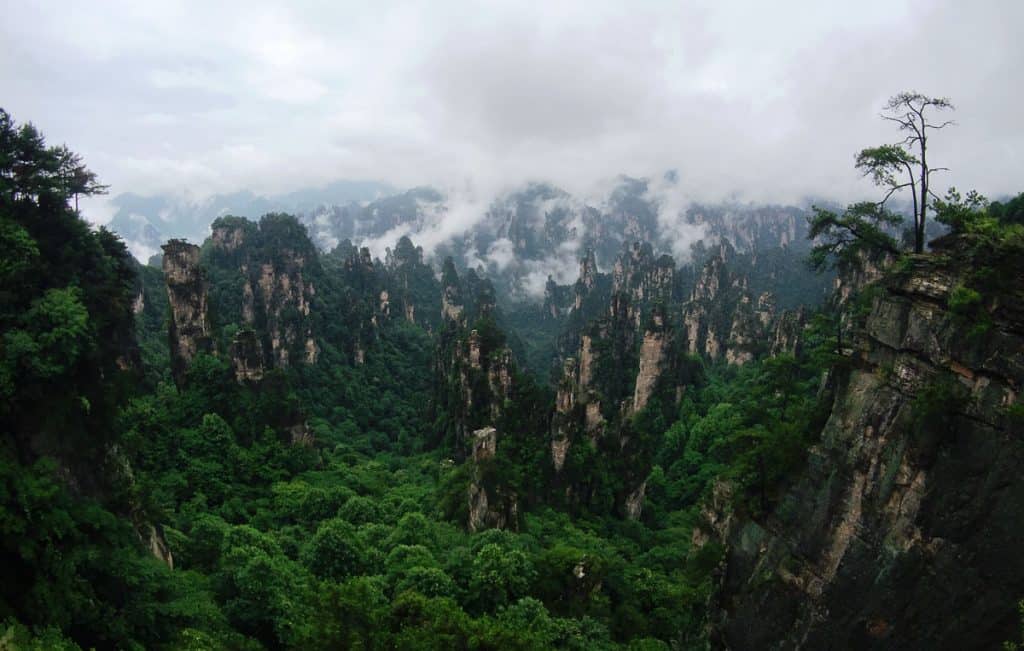 I would suggest buying a bike. It’s a great way to get around and gives you more independence. It also allows you to see things that you would otherwise miss. Just stay away from the main roads!

If you could give one piece of advice to people looking to live in China what would it be?

The best advice I can give is to leave any notions of “how things ought to be” at home. China is a crazy, weird and inspiring country, but if you continually compare it to your own country it can become one of the most frustrating places on the planet. I would like to say I was 100% able to do this, but that would be untrue, so I guess it is a case of ‘do as I say and not as I do!’

You can find out more about Tom’s adventures in China and elsewhere over at his blog!