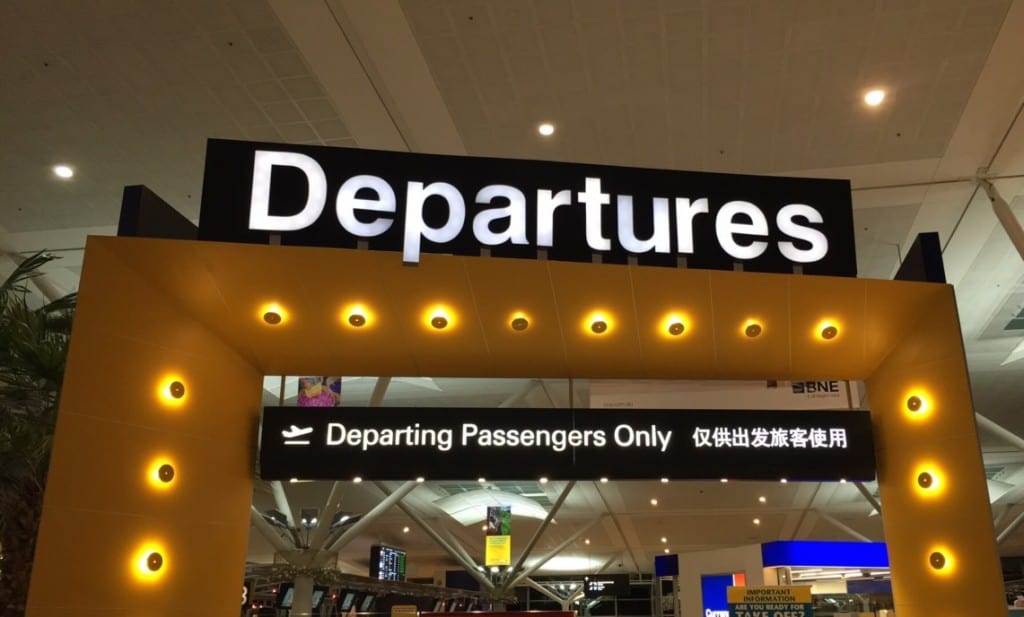 This one’s for the expat travel newbies! So you’ve decided to move country, everything you think you need (but probably don’t!) is crammed into a bag and before you know if you’re tumbling off the plane in a new land and ready to go!

How do you even begin to build your life abroad?

Every time I’ve moved abroad, from the United States to Spain and everywhere in between, I’ve had to do the same things over and over. Sometimes with a bit more bureaucracy than others, but that’s just how it is.

So what should be on your to do list?

Finding somewhere to live when you move abroad

This kind of belongs at the beginning and the end of the list. You need somewhere to stay immediately when you first move abroad, but that doesn’t mean you need the place you’re going to call home straight away.

Its a good idea to have the first couple of nights organised before you go, just to take the pressure off a little. Book into a hostel, even if it’s a private room, or maybe an Airbnb, just so you can get your bearings. If you know someone already in the city and you can stay with them, great! Couchsurfing is a great introduction to the city and possibly some locals who will no doubt have endless tips for your days and weeks ahead.

The last thing I would suggest is to go out and sign a lease straight away! You probably don’t know the city well enough yet to know where it is you’d like to live, unless you’ve travelled there before.

But the main reason is steady income. There is a difference between moving somewhere for a job, and moving somewhere to look for a job. If you secured a job beforehand then sure, feel free to start flat hunting! If you didn’t, then it is seriously the last thing I would suggest. Who’s to say when you will actually secure a steady income, and if it takes awhile and you’re paying rent then you can watch all you hard work in savings disappear.

Don’t discount something like HelpX when you first move abroad either. Working in exchange for your accommodation and food to begin with means you should spend little money, be able to get to know the city and it could lead to paid work. Plus it’s a reference straight away!

Looking for a job after you move abroad

Which brings me to looking for a job. Some people move abroad because of a job, which means income from day one and less worry. I’ve only moved abroad once with a job I secured beforehand, as  an Auxiliar de Conversacion in Spain. If you don’t have a job then you will probably want to try and secure something quickly so that your savings don’t disappear!

Be sure to sign up to temp agencies and apply for everything you can, plus ask around. If things aren’t working out keep trying the temp agencies, sometimes they will only be interested when they have something but if you stay on their radar it can help. If things aren’t looking good I’d look into HelpX to keep you going for awhile until something comes along.

Unfortunately the job process can take for.ev.er. Sometimes you can apply and it takes a month for the ad to close and interviews to take place, so don’t be disheartened if it takes awhile to start hearing anything. The main thing is trying to pick something up in the meantime!

Setting up a bank account in a new country

Easy or difficult, depending on the country and the bank. Usually you will need evidence of identity like your passport, and sometimes evidence of an address, although you may be able to use a temporary address like a hostel if you’re staying long term.

Some countries require you to register as a foreigner, and some banks want you to have done this before you set up a bank account. In Spain I didn’t have my TIE number yet, but one bank let me sign up already, thankfully since my first payday has passed and there’s still no TIE in sight!

Getting a Tax Number in another country

Tax File Number, National Insurance Number, Internal Revenue Number, every country seems to have a number like this, assigned to you to help figure out how much tax you should be paying from your wages…yay! Usually you can’t be employed until you have secured one so it’s kind of important.

In Australia it was easy, I went online and filled out some information for my TFN to be posted to me. In the UK I had to call a toll number, ask for forms for my NI number (which went missing so I had to call again!) and then post them back. Whatever it is, find out early on how to get this!

Getting a drivers license in another country

Depending on how long you live in your adopted country and if you want to drive, it might be worth getting a local driving licence. Driving on a foreign licence is usually only legal for so long, up to about a year. Even if you don’t drive regularly hiring a car could be a great travel option at some point so don’t be caught out!

In Australia I was able to show my New Zealand licence and pay for an Australian licence as it was considered equivalent. In the UK though I was supposed to post my licence away with my passport, and I wouldn’t receive the licence back unless I turned the UK one in. I never bothered as I didn’t want to lose 2 forms of ID for who knows how long!

The other option is an international drivers licence which you can get before you go.

Finding a doctor in your new city

This is one I’m guilty of leaving until I desperately need it! Learn from my mistakes and organise a doctor soon after you get there, or at least know how to do it so that if you do get sick it’s not an added stress. Doctors tend to have waiting lists, so check around and see where you can get in!

Same goes for a dentist if your new country has a national health service. You may be able to get on a public dentist list which will save you money if you have any issues.

Finding a hairdresser after you move abroad

I hate this one. Maybe it’s not so important to you but I put it on the list because it’s something often forgotten about when you move abroad. I’m super paranoid about getting my haircut and I usually avoid this one for as long as possible! I haven’t even tried it yet here in Spain since I have no idea how to communicate what I want, eek. I have been searching for hairdressing scissors however…

Making friends when you move abroad

So that’s all the boring stuff, but what about making friends in your new home? How do you do it?

I wrote an entire post on how to make friends when you move abroad, but in brief making friends means putting yourself out there. Join local groups, go to a meetup, stay on peoples radar and see what happens!

There are so many little things to do when you move abroad, but these are the main ones I think!

Is there anything I missed you think is important to organise when moving to a new country? 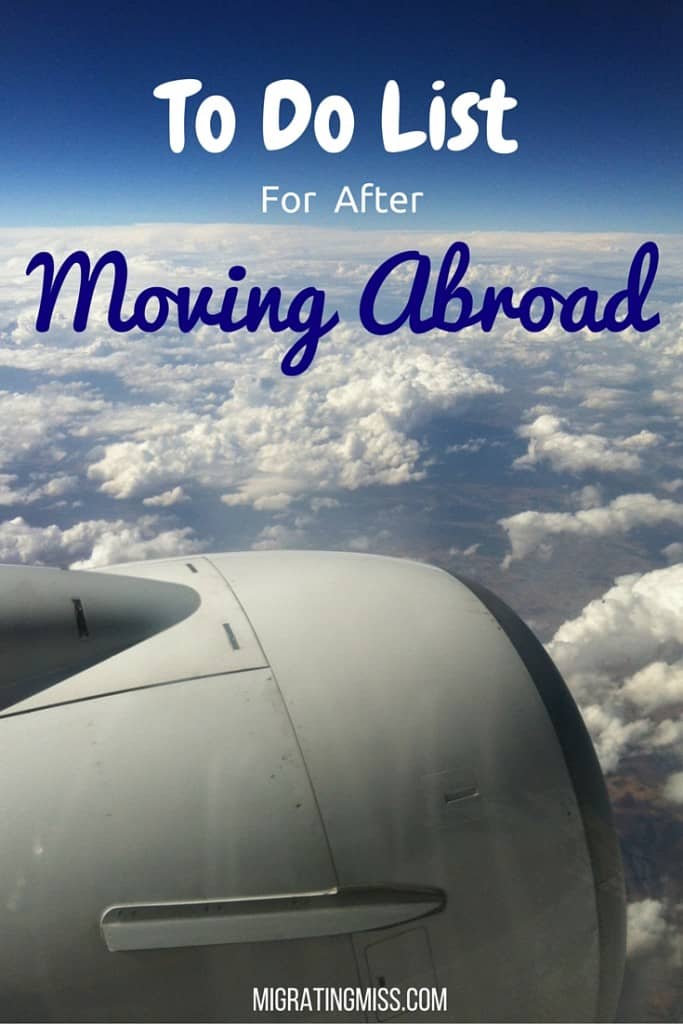 6 thoughts on “New Expat? To Do List For After Moving Abroad”