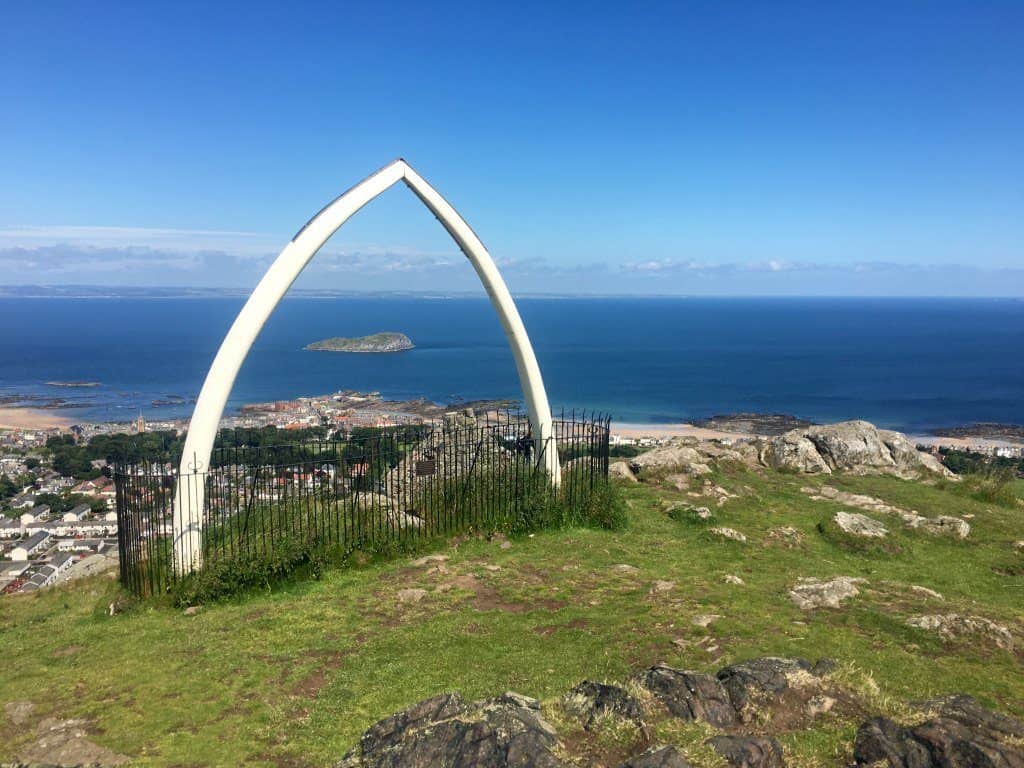 I love mini escapes from the city. Growing up in a small town has lead to me needing to escape the commotion and find a bit of peace every now and then. Every city I move to, I try and find a place nearby where I can sneak away to when I need it.

Edinburgh has plenty of sights to keep you well entertained (check out this ultimate guide to the Edinburgh sights), but just half an hour from the city by train is the idyllic seaside town of North Berwick. It’s one of my favourite places in Scotland! When you visit North Berwick it feels much further away from the hustle and bustle than it is, and it’s the perfect day trip from Edinburgh and my favourite of all the beaches near Edinburgh.

Things to do in North Berwick

Stroll along the beach

You might not have beaches at the top of your Scotland must-see list, but they should be! I won’t claim North Berwick is the prettiest, but it’s definitely worth a wander. What I love about Scottish beaches is their ability to change with the weather. A sunny day means golden sand and still, bright blue waters, and on grey days the beach feels more like a force of nature, with crashing waves on the shore and crisp salty air whisking around you. 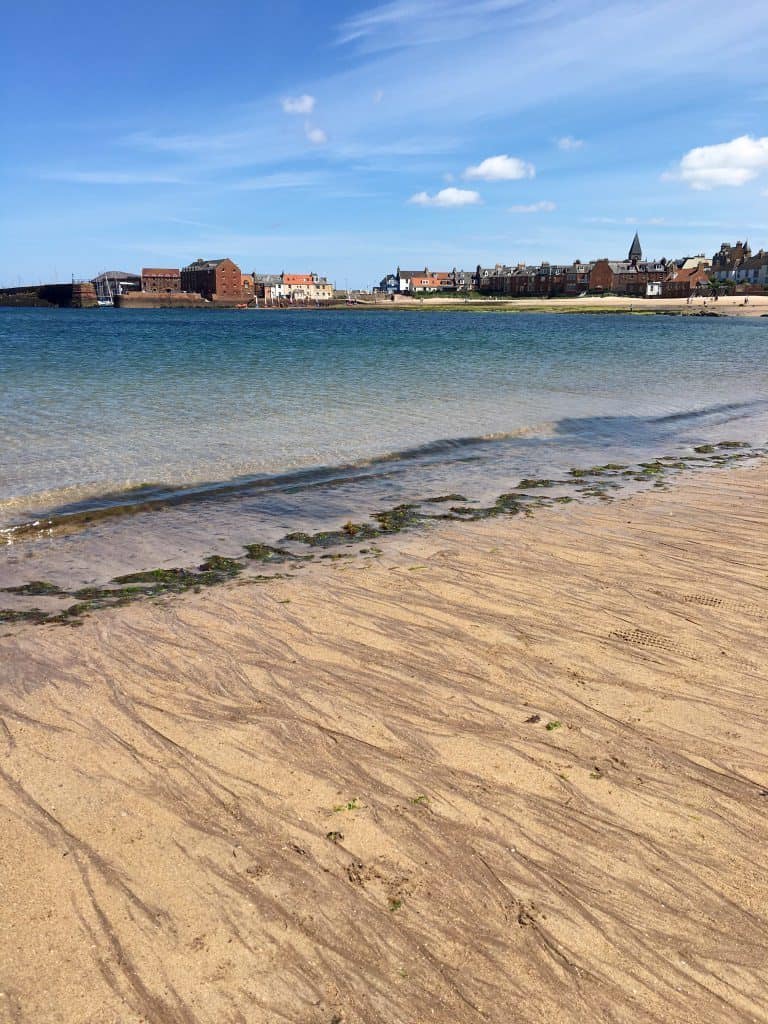 There are plenty of places to eat in North Berwick. From cafes to pubs, takeaway fish and chip shops and ice cream stores. You can find anything you like there! I love the Buttercup Cafe on the High Street for delicious homemade meals and sweet treats. Steampunk Coffee hidden behind the man street of North Berwick boast their own roasted beans and quirky decor and are a new favourite. 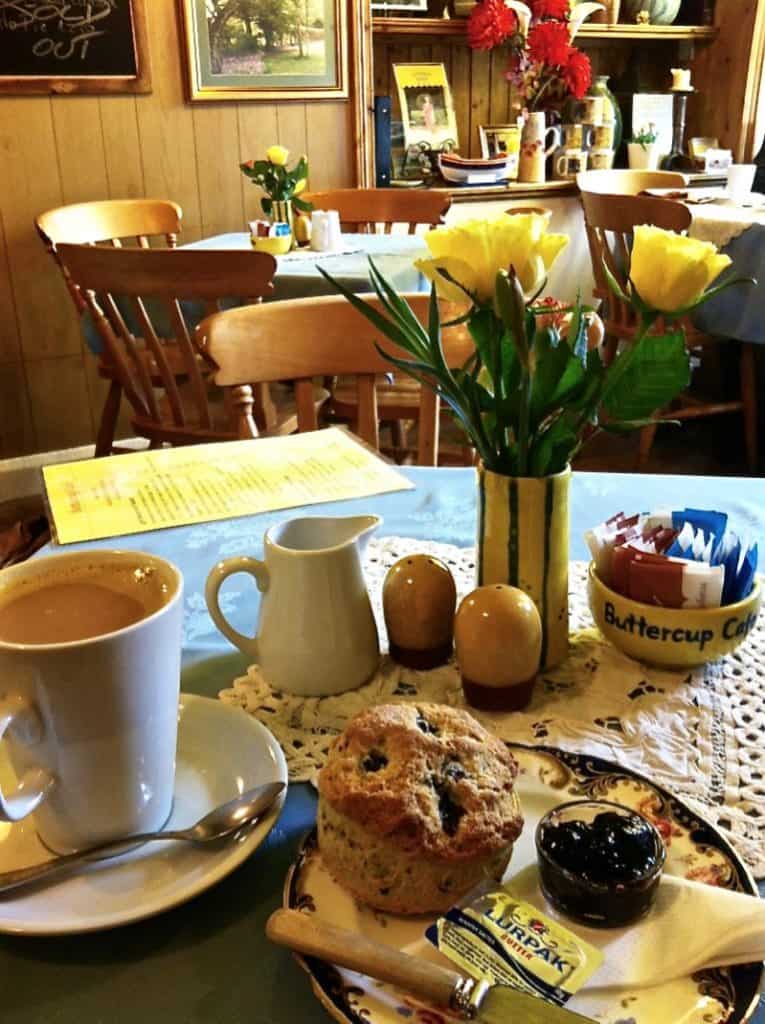 Shopping on the High Street

For a small town, North Berwick High Street has a wide variety of shops. Sometimes the charity shops in Edinburgh can be a little picked over, so I love visiting North Berwick to see what’s available in this small town. There’s also really cute gift shops with all that random cute stuff that I’d love to have once I finally settle somewhere!

North Berwick Law, or Berwick Law, is a cone shaped hill that can be seen miles away from North Berwick. It’s just behind the town centre and it’s actually not too hard to walk up! With beautiful panoramic views of the small town and the surrounding coast and farmland it’s worth it anyway.

A huge whalebone rested on the top of North Berwick Law since 1709, but by 2005 it rotted away and was replaced with the replica you can see today. There’s also the remains of an Iron Age Fort and the ruins of military buildings used in the Napoleonic Wars and WWII.

Climbing this hill is probably my favourite thing to do when visiting North Berwick on a day trip! 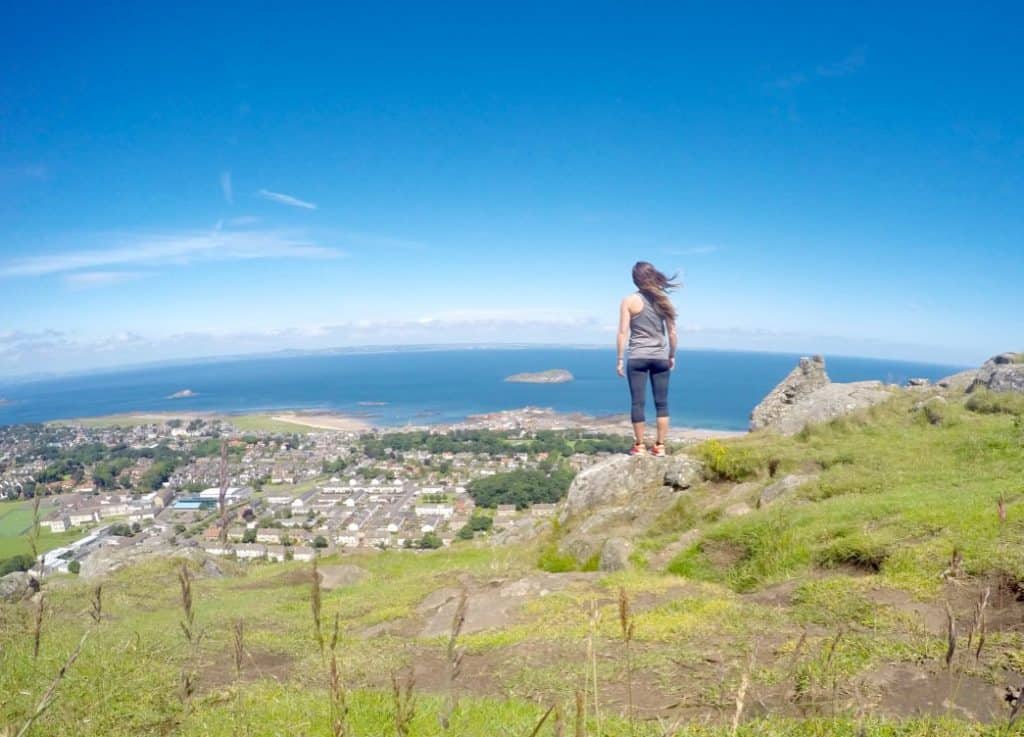 North Berwick is home to the Scottish Seabird Centre, and you can take a boat trip from North Berwick to Bass Rock to see the world’s largest colony of Northern gannets. Even if you’re not the keen on seeing the birds, a boat trip and a chance to get closer to this huge rock are a great addition to a day trip to North Berwick. 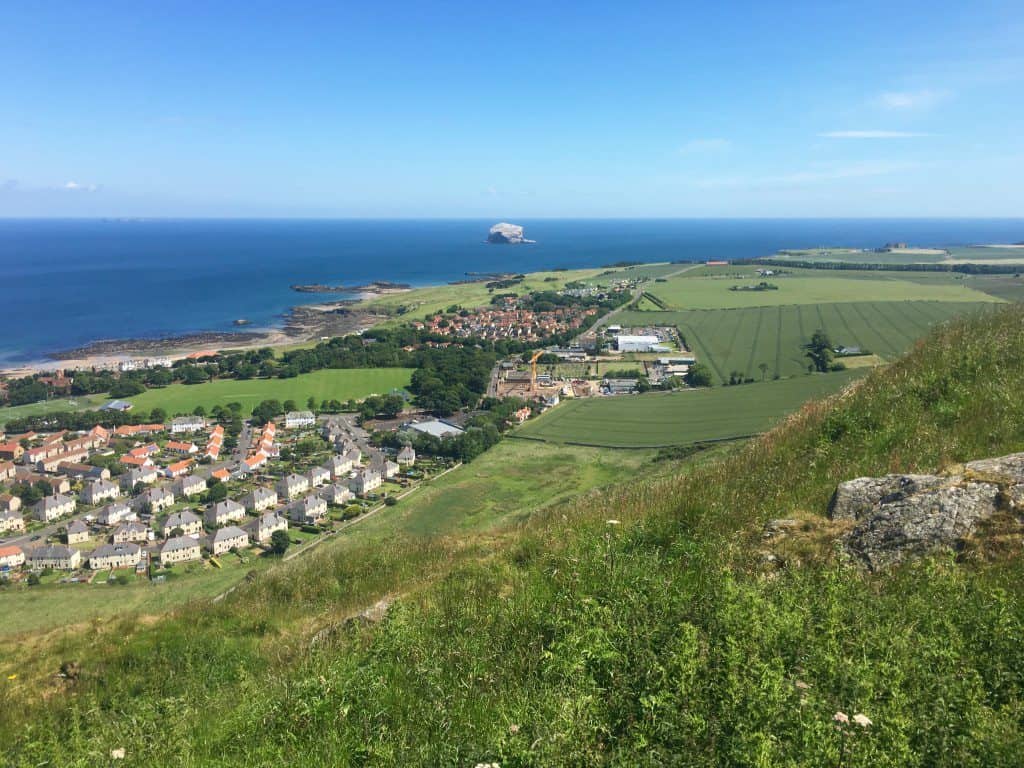 Getting to North Berwick

I’ve always taken the train from Edinburgh to North Berwick, since it’s only half an hour and you get from the centre of Edinburgh to the train station in North Berwick which is an easy 5 minute walk to the town centre. There is a bus as well, but I’ve never tried to take it! 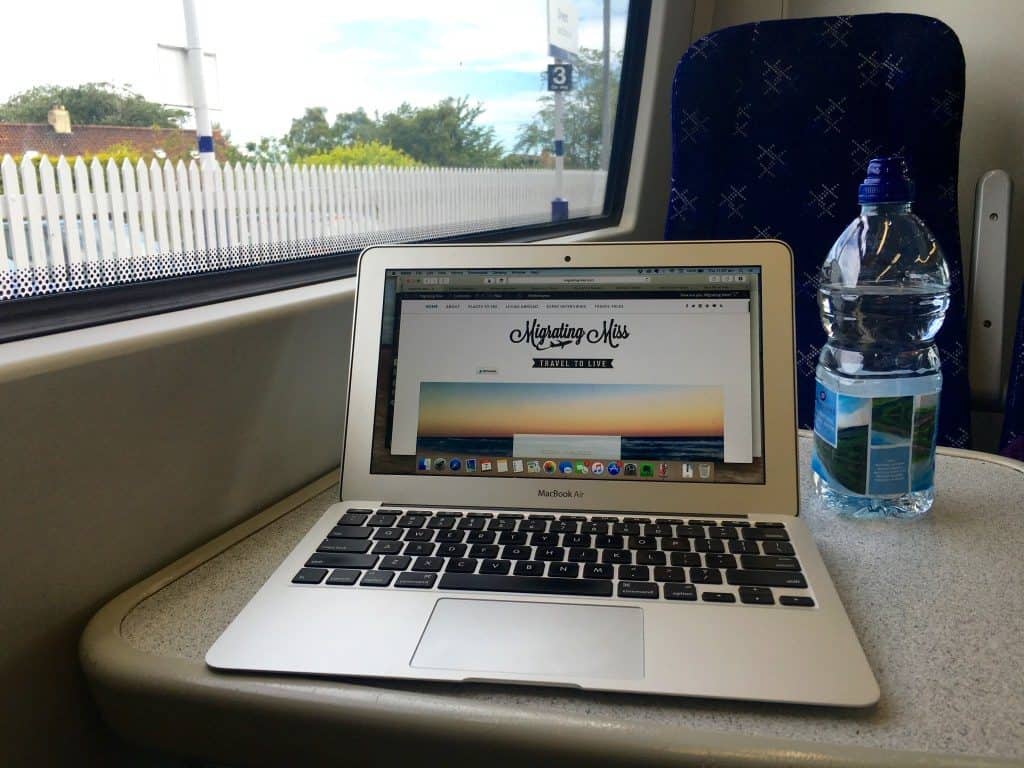 Since moving to Edinburgh a few years ago, I’ve taken the train to North Berwick several times. I love escaping the city for a day and hanging out at the beach, climbing small mountains and having coffee and cake in a cafe of course!

Where’s your favourite day trip from a big city? 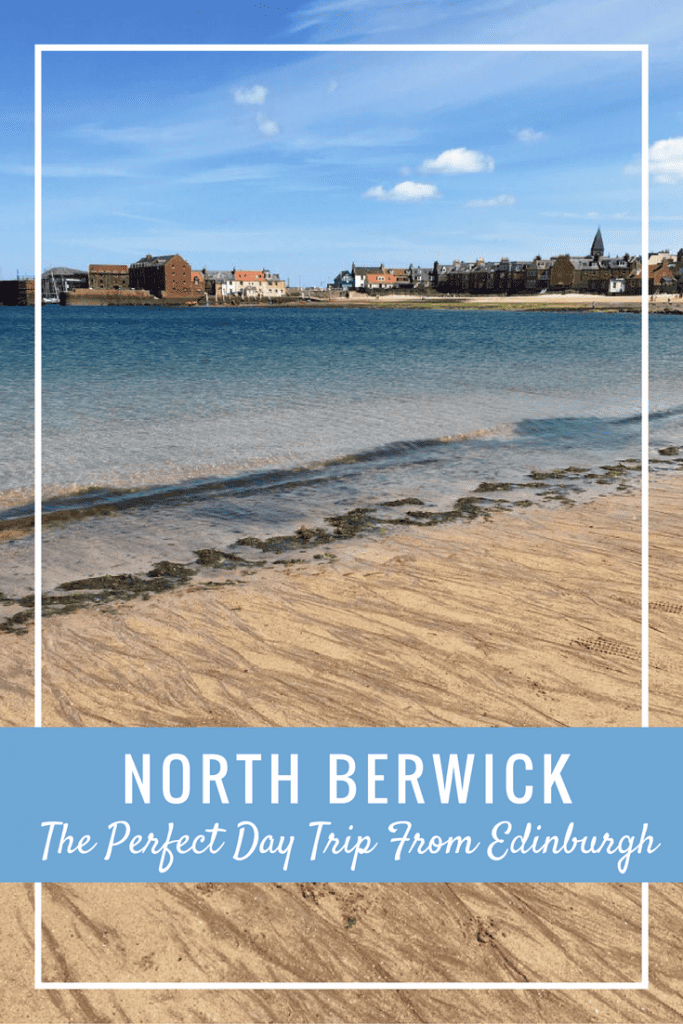 6 thoughts on “North Berwick: The Perfect Day Trip From Edinburgh”