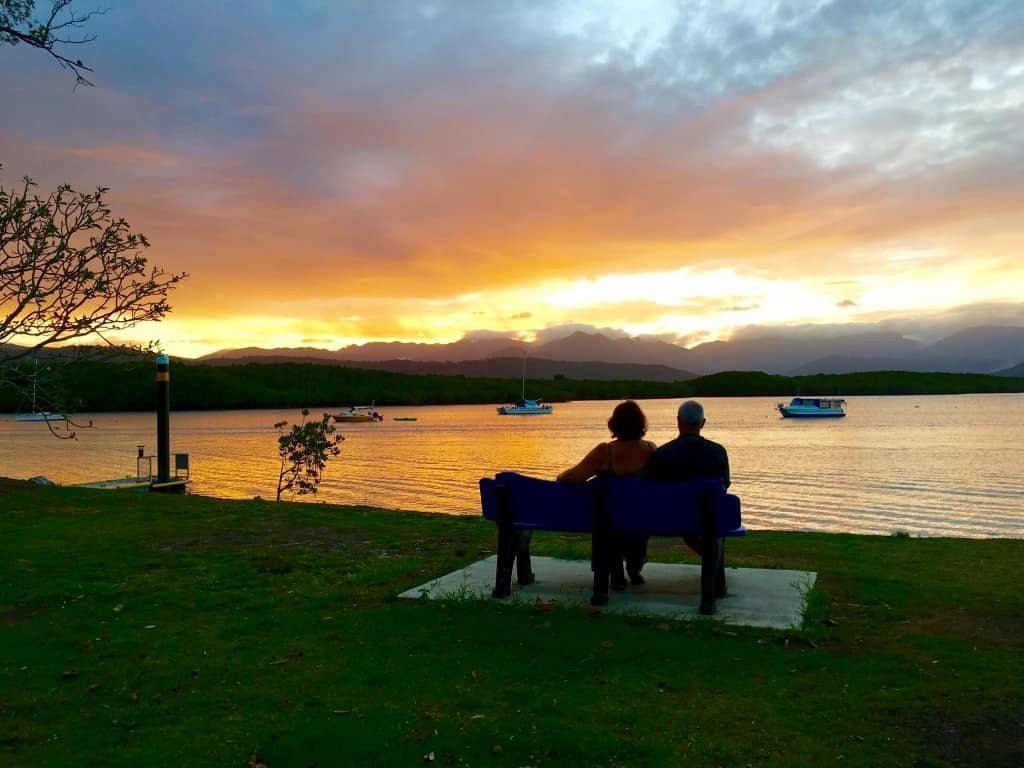 One of my English students asked me the other day why I like travelling. I’m not sure if she really wanted to know, or if it was just a “why” question she knew how to ask. Either way, I was stumped. When I’m talking to people about travel they usually ask me where I’ve been, where I’m going or where I like the most, but being asked WHY I travel isn’t so common. I stumbled through an answer about meeting new people and seeing new places, but it didn’t seem like enough. Travelling just satisfies a part of me that’s always looking for something new, some adventure, something more.

Then I realised, I can’t explain why I travel, because when I started travelling it wasn’t up to me.

As a child my parents took me to places all over New Zealand on weekends and holidays away. Some of my earliest clear memories are of travel, including a trip to the South Island when I was 3 that my Mum couldn’t believe I know so much about. My experiences abroad began with a trip to Australia at seven, when you could say my interest in travel writing was sparked with a travel journal from Air New Zealand! 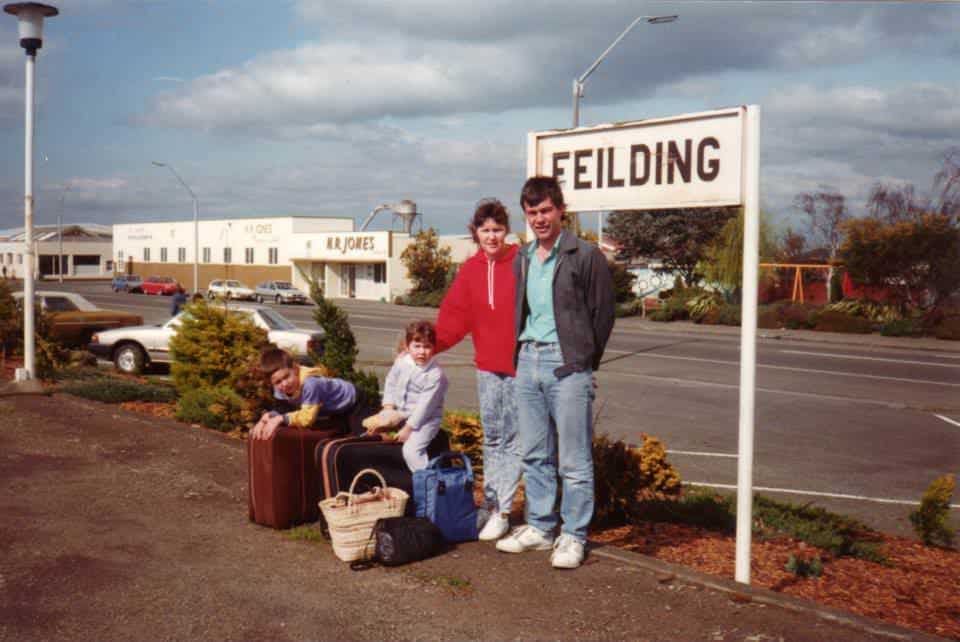 I started travelling because my parents gave me the chance to do so. We definitely weren’t rich or even well-off by most standards, but my parents made travel possible through small and big adventures. They sacrificed and made choices to make travel and adventure happen for us as a family. Years later as we browsed through photos of that first trip abroad, my Mum commented that my Dad was so much thinner because he had been working so hard to help our family do this, something I hadn’t even thought about.

My parents sparked a sense of adventure in me. Even when we weren’t travelling far they gave my brother and I opportunities to explore. We cycled all over our small town and the countryside, we swam and picnicked at different rivers nearby and we went camping because it was cheap and they made it fun. Although we regularly went to my grandparents beach house in New Zealand, we always found new things to do there. Walking across the river mouth to where we had never been before, climbing up hills, and going fishing and exploring new areas. My parents were the first ones to teach me to choose the adventure.

When I came home at 15 with the news that I wanted to move to the United States for a year I thought my parents would say no. Instead they supported me and it all snowballed until I found myself in Kansas (as opposed to Dorothy).

It was my Dad that convinced me to study abroad in Canada. Nothing ever seems to be too grand of an idea for my Dad. He couldn’t see why I wouldn’t take the opportunity to live abroad again and his confidence gave me the push I needed to do it. I think if I told him I was going to live at the South Pole, he would think it was a great idea and be planning a way to come and visit!

As an adult, I’ve been lucky enough to have my Mum as one of my best travel buddies. We have road tripped Ireland together, visited 4 countries in 2 weeks on an Eastern European trip and tracked our family history through Tasmania. Sometimes we let my Dad and his wallet come along…

My parents have been some of my best travel companions. They have this uncanny (read: totally planned) way of turning up wherever I travel to. They’ve visited me in Canada, Scotland and they’ll soon be in Spain. My first backpacking trip in Asia was with my parents! Last year when I went to Cairns to learn how to dive on the Great Barrier Reef they flew up to join me for a few days holiday. 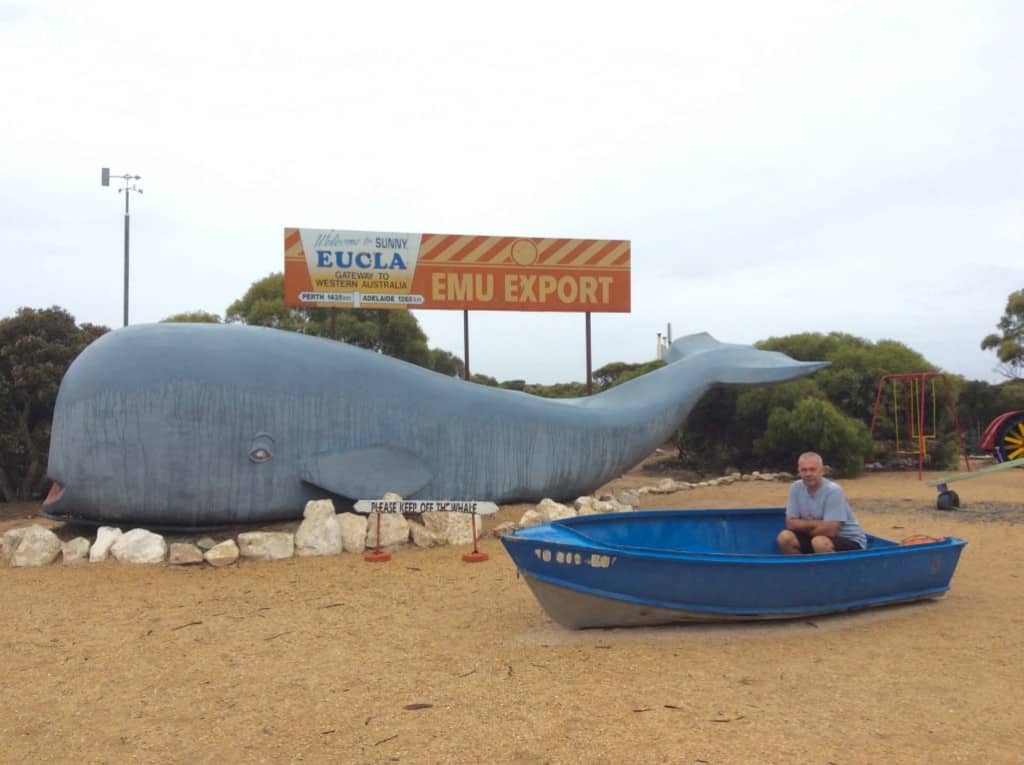 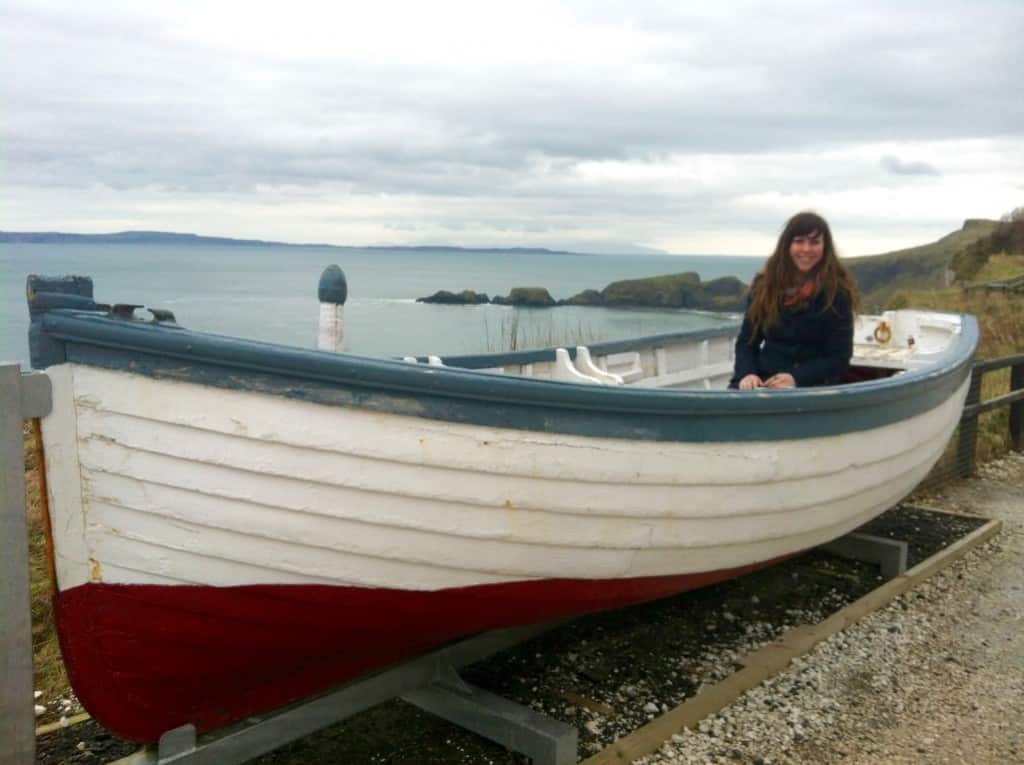 And so I’ve realised that my parents are my travel inspiration. They’ve been travelling since before travelling was cool, and they’re still challenging the stereotypes of travel now.

My parents might have married young like many people from our town in New Zealand, but they didn’t just settle down afterwards, much to the bewilderment of some. Instead my Mum gave up a good job at the bank to work  with my Dad on shearing farms. They travelled to Western Australia, somewhere that would have seemed much further from New Zealand than it does now, and they worked in different places before driving across the Nullarbor to the East Coast. It might be a popular thing for backpackers to do now, but this was the 1980s and they were supposed to be settling down. My parents actually never told me much about their Australia trip until we travelled to some of the places they went last year. They don’t seem to see their travel achievements in the same way I do, as something out of the ordinary. 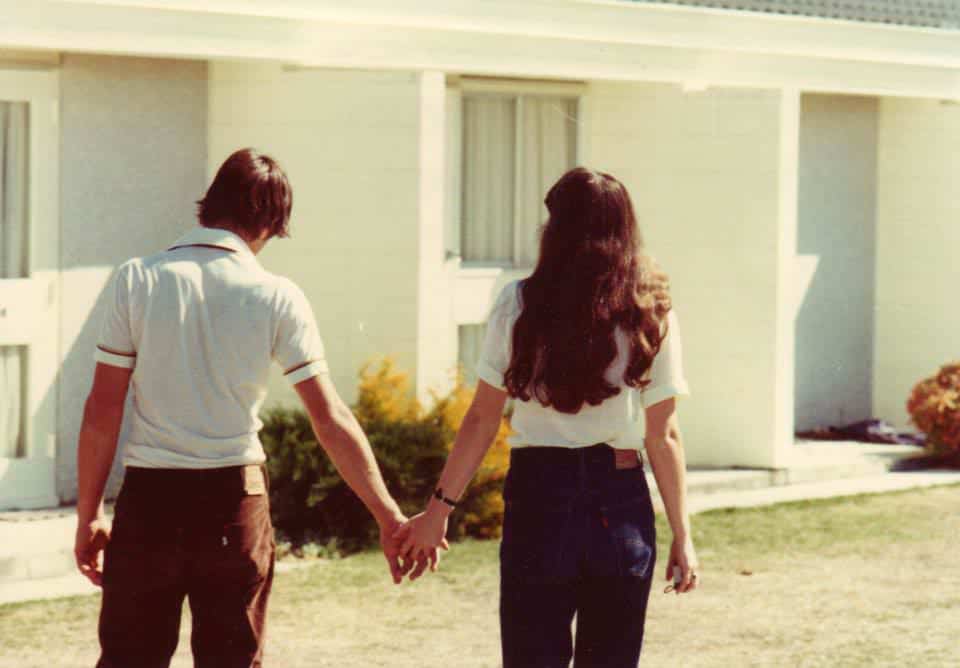 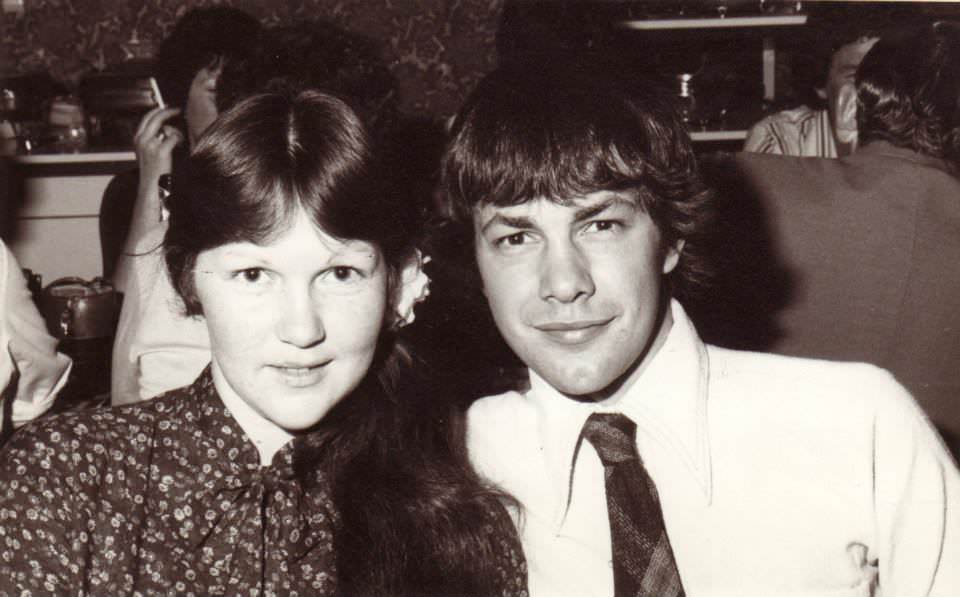 Almost 6 years ago after they had been empty nesters for a few years my parents changed their lives once again, by moving from New Zealand to Australia. They gave up many of the possessions they’d had for the course of their married life (now over 30 years!) and made the move without having anywhere to live or jobs secured. They took work where they could, sometimes jobs they weren’t particularly fond of, but they made it work. While a lot of us are happy to do this when we’re younger, not everyone would do it in their 50s. I have friends who wouldn’t even do it at 28! My parents continue to inspire me to take chances and work hard for the things I want, and they showed me that you don’t have to be young to do it. Your travel life doesn’t have to end.

Today, my parents are in Vietnam. They’ve embarked on an adventure of epic proportions this time, with no fixed ending, travelling like true backpackers. Starting from Australia they are making their way through South East Asia before heading over to Spain to visit me (of course), and on the United Kingdom and beyond. They plan to housesit and travel as they please, and they’ve spent years working hard to make it possible. We don’t come from a lot of money, they haven’t won the lottery or come across a scheme to get rich, instead they have worked hard throughout their lives and made the things they want a priority. 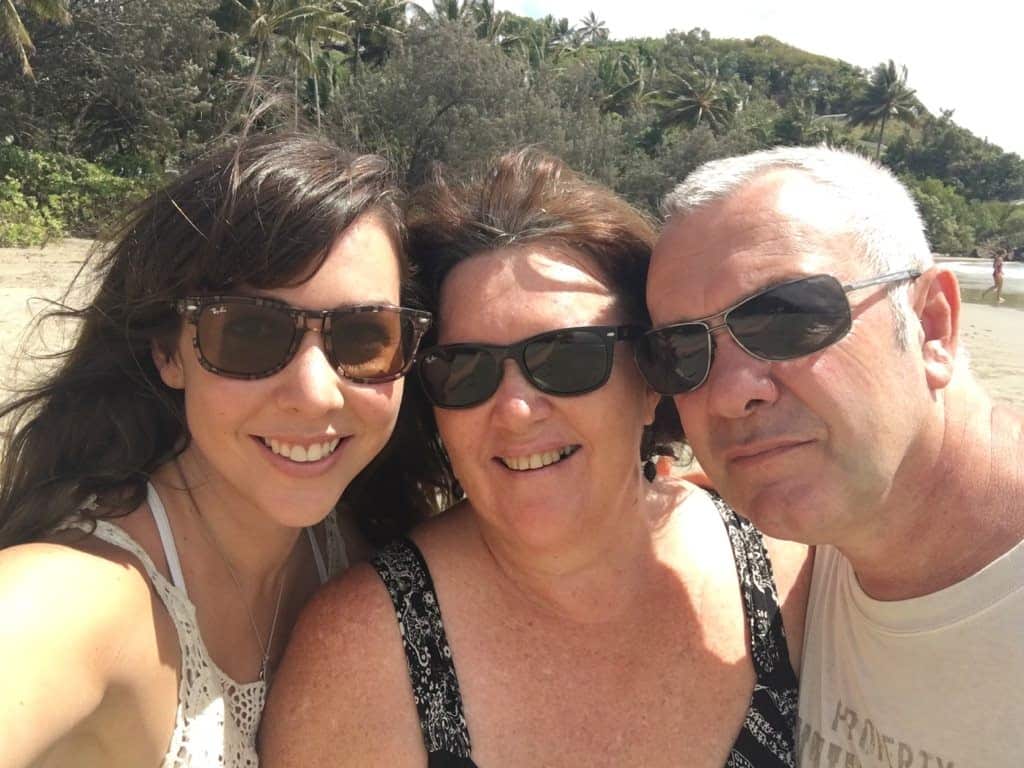 My parents embody the idea that if you want something, you can make it happen. I deal with the assumption all the time that my parents are back at home in New Zealand and I have to explain they are off doing their own thing, and travelling even more than me!

Everywhere my parents go they find adventure, whether it’s where they live or abroad. They taught me to seek out adventure in my everyday life, and to work hard for the big adventures I want to have. They gave me a curiosity for the world, for people and other cultures. They taught me to try new things, and that if I want something, I should go for it.

My parents have unfailingly supported me throughout my travels, through the good times and the bad. As a child they guided me into this world of travel and adventure that I’m living, and I don’t think they even realise it. At a time when most people are looking to social media and blogs for their travel inspiration, I don’t need to look any further than my parents.

I think my parents are pretty cool for doing what they are (shhh).

Who’s your travel inspiration? Are you travelling with kids, or are your parents travel addicts like mine? 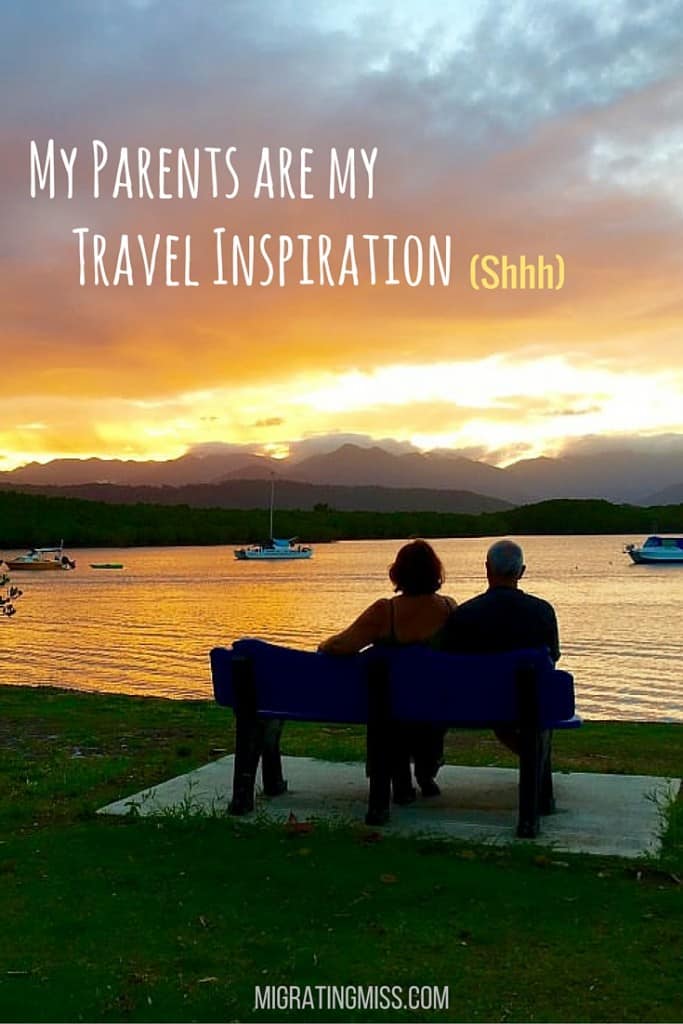 10 thoughts on “My Parents Are My Travel Inspiration (Shhh)”