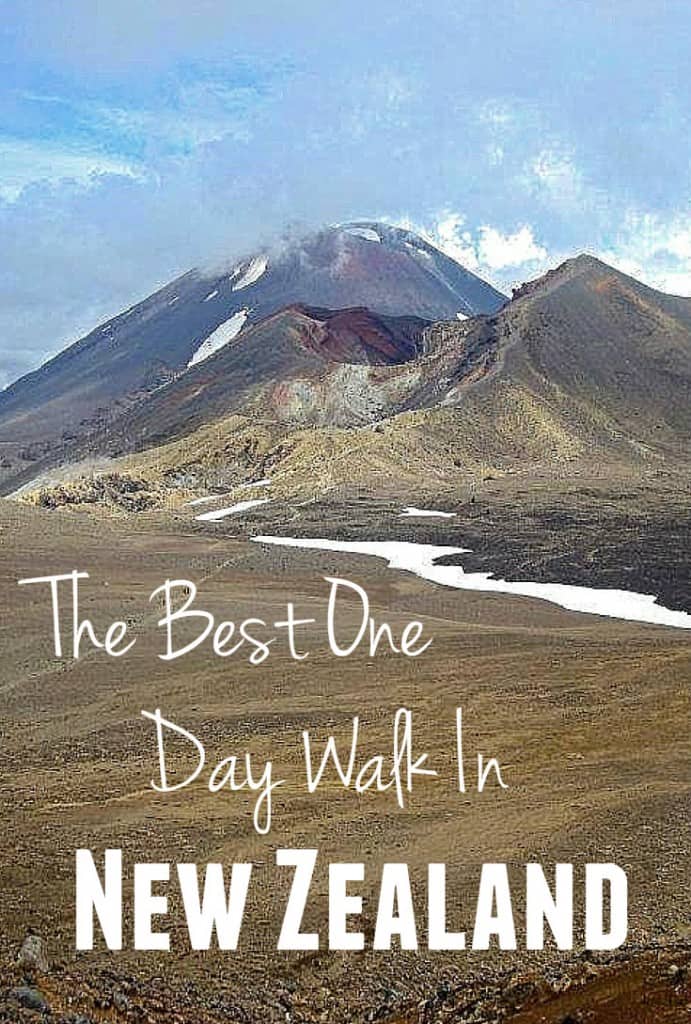 They say third time’s the charm right? At least that’s how it was for me and the Tongariro Alpine Crossing in New Zealand.

The 19.4km walk across rugged alpine and volcanic terrain in the central North Island was my nemesis for over 10 years (and I’m not THAT old). I’ve wanted to write about this for awhile because it was such an awesome experience for me to finally do this walk and I think it’s a must do if you’re passing through this part of New Zealand! The Tongariro Crossing is located in the centre of the North Island, which makes it a great stopover on any New Zealand roadtrip from north to south (or vice versa!).

I first attempted the walk with the family when I was 11, before the Devils Staircase section became a real staircase, when you had to scramble up the side of the mountain from volcanic rock to rock. We reached up to 10 minutes from the top of this section before turning back because the whiteout conditions and severe wind meant there was little point in carrying on.

My second attempt of the Tongariro Crossing was on a school camp the following year with the same whiteout conditions preventing our eager group of 11 and 12-year-olds from even starting.

10 years later I spent 6 months in Canada on a Study Abroad and this rekindled my love of the outdoors and tramping (as we call it in New Zealand). I came back determined to see more of my beautiful country in this way, and niggling in the back of my mind was the Tongariro Crossing.

It’s not the difficulty of the walk (it’s not easy but if you’re reasonably fit it’s fine) it’s the weather that’s the challenge. Ideally, when you attempt the Tongariro Crossing you’ll have several days to choose from and pick the best weather conditions. The weather changes so much the forecast can’t even be completely trusted.

With my leaving date for moving to Australia looming, 4 friends and I set off one weekend in early December. We were lucky enough to stay at a friends bach (that’s holiday house for you non-kiwis) at the bottom of Lake Taupo. From here it was a short drive to an adventure shop near the mountain where we could leave the car and have a driver take us to the end of the track.

This one day walk across the mountains of the central plateau can be anywhere from 7-9 hours long. Our driver gave us a couple of bus times for the other end and we set off amongst the sparse bush with some other groups. The alpine track can get very busy, especially on a good day. We luckily set off fairly early and avoided any major crowds.

The meander through mostly flat and marshy land was our warmup before we reached the Devils Staircase and joined the ant trail winding up the mountain. It’s definitely easier now they have built actual stairs, if slightly less adventurous feeling.

The fair weather was fading and as we ascended we were met with some cloud, strong winds and the threat of rain. Luckily for us, the weather was meant to clear so that spurred us on and after a bit of a detour to play in the snow the clouds started to burn away.

My favourite part of the Tongariro Crossing

This part of the track was my highlight of the day. We passed the red crater which is stunning in itself, then began our descent (pretty much skiing down the loose rock) to be treated to a view of the Emerald Lakes. This was the best view of the walk for me, gazing down on these amazing lakes that take their colour from the minerals in the surrounding ground.

It felt incredible to be walking across a volcano and taking in the ever-changing terrain. Like another world. Just one other place, the Isle of Skye, had been like that for me.

The weather turned a bit again (I said it was changeable right?!) and we were treated with more cloud as we came to the Ketetahi Hut. A year later the hut was damaged by an eruption of Tongariro itself, yes these are active volcanoes you’re walking over!

At this point, we realised we were probably going to get to the end of the track just after the first bus we could get. So, of course, we took that as a challenge to meet the bus and what ensued was a massive game of dodging people and power walking to get down the mountain. Challenge met and we were on the bus back to our car and back to our accommodation within 7 hours of starting, with enough daylight for a swim in the lake before an epic dinner.

Have you done the Tongariro Crossing or the best one day walk in your country?