The following is a guest post by Varsha from the travel blog Varshastravel360. She is a family traveler and loves to visit historic sites as well as natural scenic places. She plans kids friendly trips and hunts for various ways to save money on travel. Visit her blog to read about her travel experiences and some tips to explore the destinations with kids.

Munich is a cosmopolitan city with an amazing mix of historic sites and modern, trendy life. It’s the capital city of Bavaria, the wealthiest state of Germany and this is well reflected in the lifestyle. Spending two days in Munich will give you an introduction to this eclectic city, but of course, if you can afford to spend more time there, then do!

Munich’s strategic location in the south-east of Germany makes it an important place for trade and tourism. BMW has a home in Munich, and there is an Olympic stadium in the city. The large public areas provide wide choices for recreational activities, and the infrastructure of the city allows its residents a comfortable and safe stay. It’s a wonderful place for all types of travellers, including families with kids, young couples and senior citizens. If you’re travelling in Europe, spending a weekend in Munich is worth the effort! 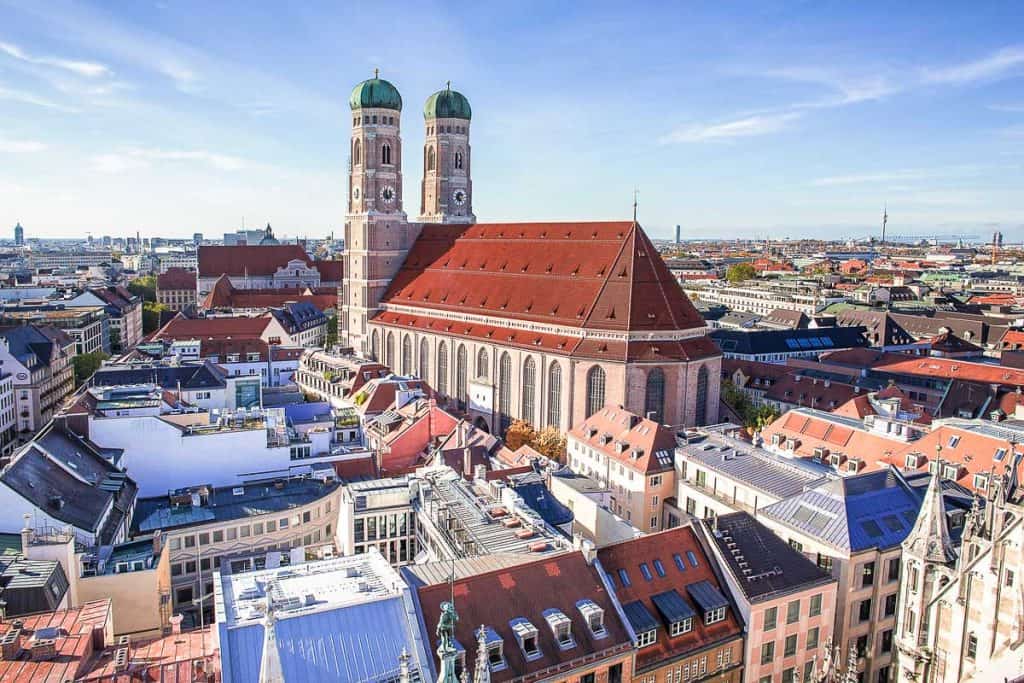 What to do in Munich in 2 days

Munich is a large city with lots of things to do. Depending on your interests, you could spend 2 days in Munich exploring the city or you can opt to spend one day in Munich and then use it as a base to take day trips from Munich to nearby places.

While you’re visiting Munich, be sure not to miss some of the most important sites!

Marienplatz is the central square and a great place to start your exploration of Munich in two days. It’s the old city centre and today’s most happening and public meeting place. The square is marked by the presence of iconic buildings, including the Old Town Hall and St. Peters Church, plus the Frauenkirche, an 18th-century church and one of the defining buildings of Munich. The Ruffinihau is a group of three houses that marks where the first expansion of Munich in the 13th century began.

The area around the square is a pedestrian zone and is studded with numerous branded shops and restaurants. Be sure to wander down Rindemarkt, one of the oldest streets in Munich, and also find the Viktualienmarkt, a daily outdoor farmer’s market. Visiting Marienplatz is one of the top things to do in Munich since it’s the best place for shopping, meeting friends and people watching. 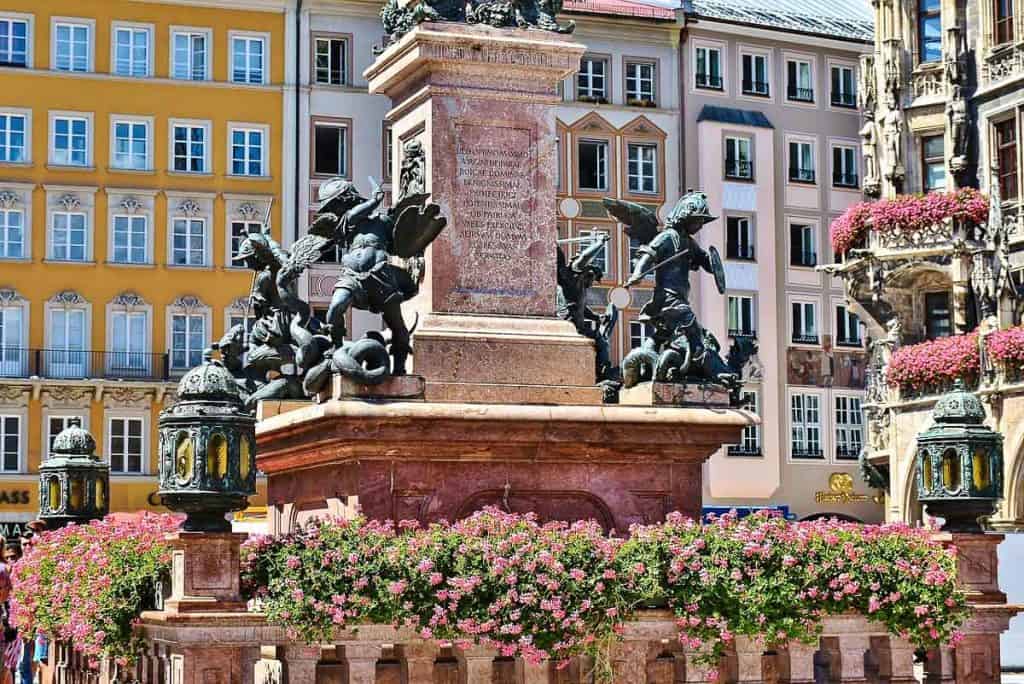 The Deutsches Museum is the world’s largest museum of science and technology, displaying various original artifacts about energy, astronomy, and transport. For many people, it’s a must-do thing in Munich. The museum had something for all types of travellers, but it’s especially great for families as it has a children’s section. I would suggest spending at least 3-4 hours in this museum.

The Hofgarten a beautiful garden that formerly belonged to the Residenz Palace, and is situated near the Marienplatz so easy to visit in a short time. You can stroll around admiring the colourful blossoms and watching locals play traditional games. If you’re in Munich during December, don’t forget to check out the medieval style Christmas Market near the Hofgarten. It’s more authentic than many other newer Christmas Markets. 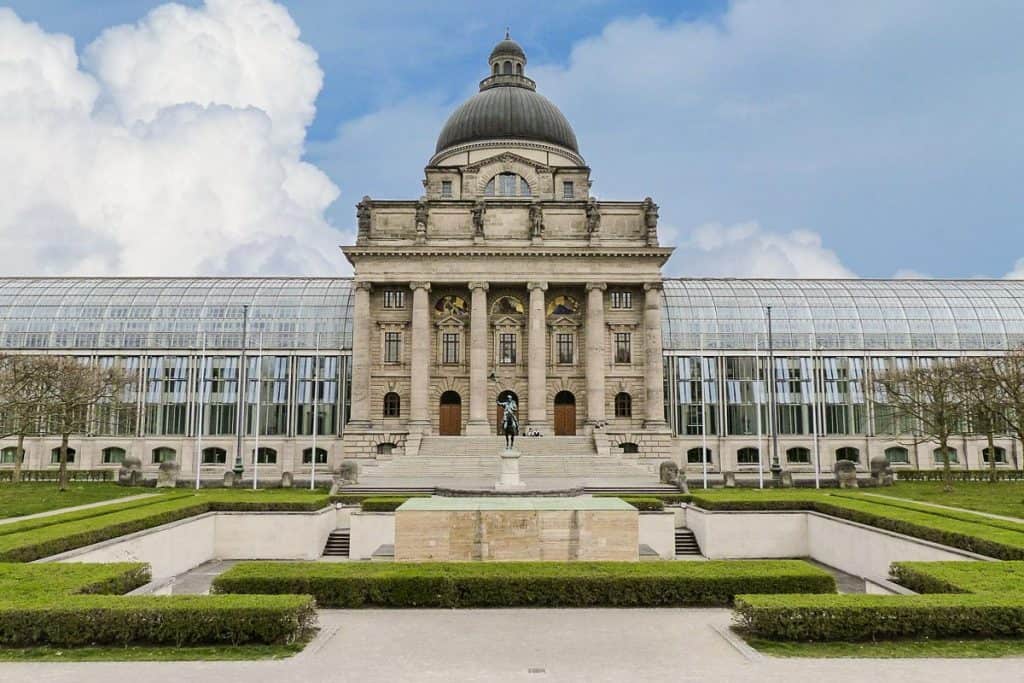 If you enjoy visiting museums, Munich has lots of interesting options. There’s the Museum Five Continents with displays of non-European art and culture, the Toy Museum located in the gothic Old Town Tower, the Munich Residenz which the is the former royal palace of the Wittelsbach monarchs of Bavaria, and the Museum of Bavarian History for those who want to learn more about the area. You can explore the museums on your own or there are guided tours if you want to gain a deeper insight.

The Olympic Park is large public area beside the Olympic stadium and hence the name. The park has small rolling hills surrounding a lake and outdoor sports activities centres for added excitement. Various public festivals are arranged in this park throughout the year. The Tollwood Summer Festival takes place for three weeks in July, and an open-air theatre runs films throughout the summer too. 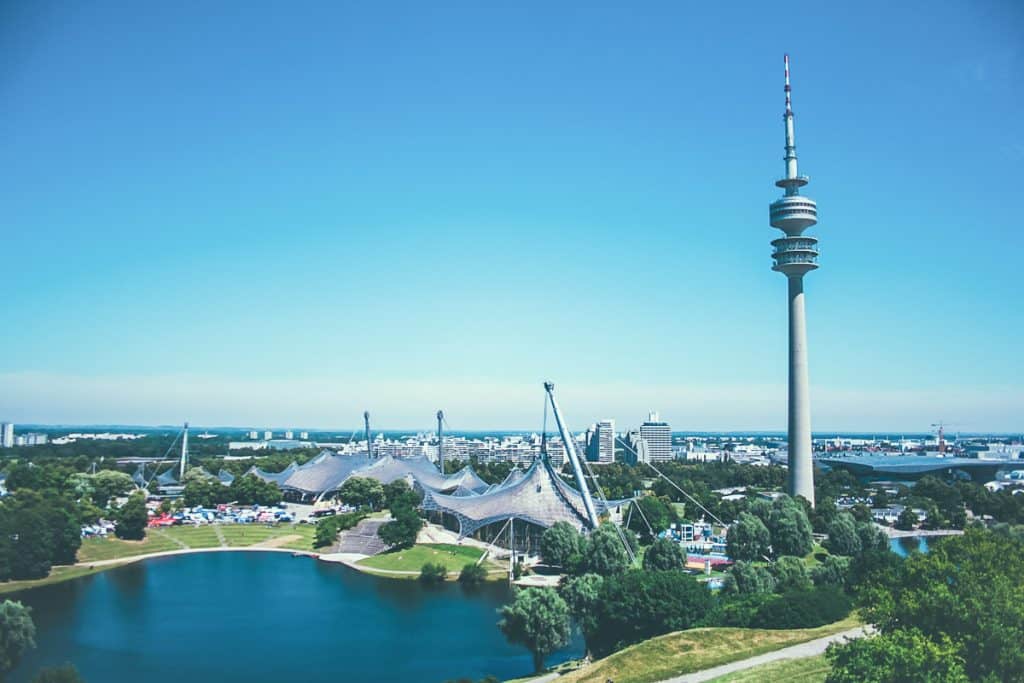 The English Garden is another large public area right in the middle of the city. There are lots of elements in the garden like water streams, beer houses, and runnings areas. One of the main attractions of the park is the wave surfing. To surf on the Isar river waves is a popular pastime among young locals. If you don’t know how to wave surf in a river, watch the locals to see how it’s done! 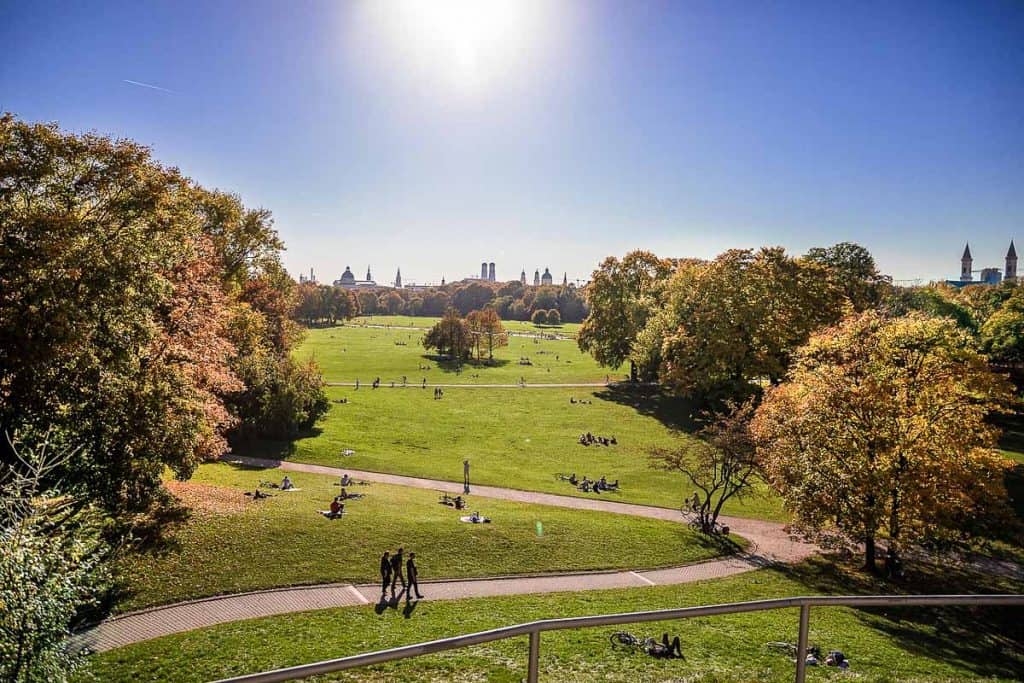 Munich is known for the world famous ‘Oktoberfest’, a huge beer festival that usually takes place at the end of September. If you’re visiting outside of that time you can still take advantage of the great breweries in the city. Visiting one of these brew-houses is a nice culinary experience, as well as great fun! Explore a wide variety of beers accompanied by local foods like Maultaschen or white sausages. These brew-houses is also the best place to mingle with locals. Hofbrauhaus is a beerhall dating back to the 16th century, with plenty of beers to try and a wide range of Bavarian dishes. 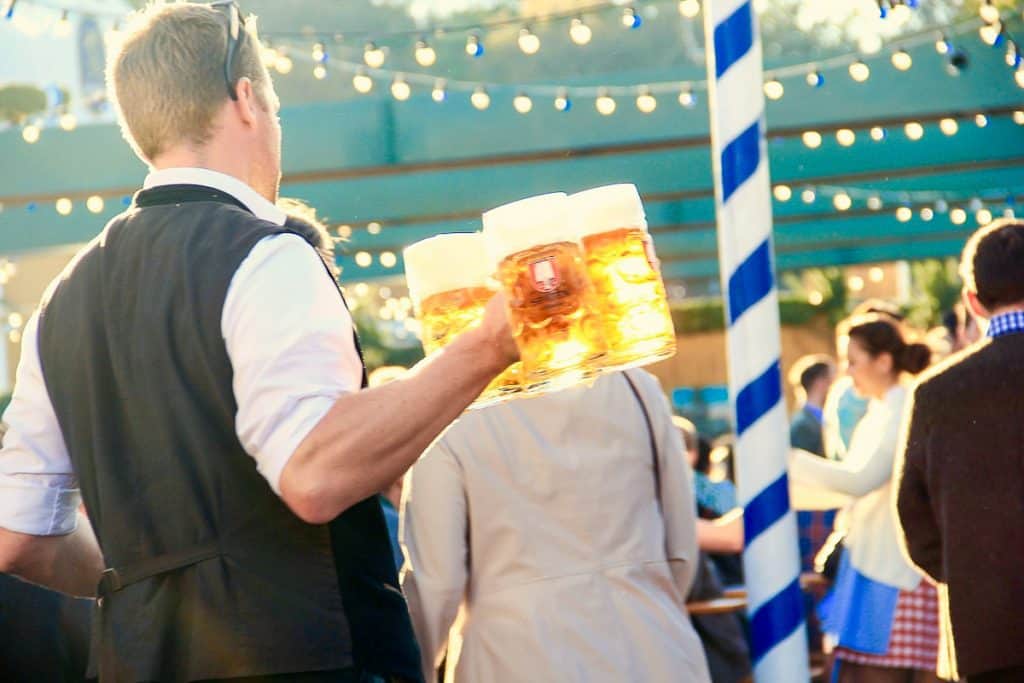 Where to stay in Munich

Munich is a large city and if you are here for only 2 days or so, I would recommend staying near the city centre. There are many hotels within different price ranges around the central train station. The Marienplatz and Hofgarden are located nearby and other things to see can be easily reached by local public transport.

As I said earlier, Munich is classed as a relatively wealthy city and therefore it can costlier to live in. This means accommodation prices are towards higher side for Europe. If you’re travelling in Munich on a budget and want to save some money, head towards outskirts of the city. Try to find accommodation near the ‘Messe’ (exhibition) area. You can find good deals outside the exhibition periods. Another option is to look towards west and north of the city. 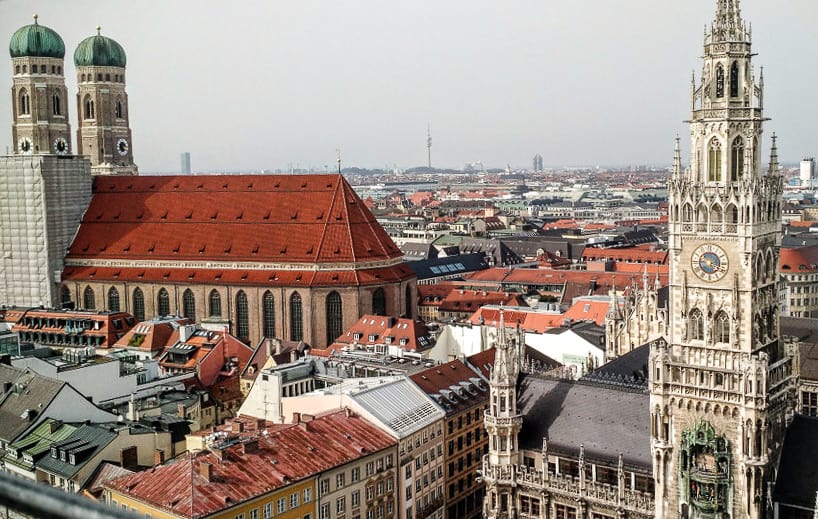 How to get to Munich

Munich is well connected to the world by an international airport and the train station. The airport receives direct flights from all around Europe and from a few major cities in Asia and America, making it a great place to take a 2-day stopover. There are budget airlines and regular costlier flights as well. The airport is well connected with the city by direct metro connection in about 40-50 min.

Germany’s train network is well reputed and Munich is no exception. Munich’s Central Train Station is, as the name suggests, centrally located. Germany’s fastest train InterCity Express (ICE) connects Munich directly to other German cities like Berlin, Frankfurt, Hamburg and the major European cities like Vienna, Paris, Venice, Zurich, Amsterdam. Apart from the fast train, there are many regional trains which are the best option to commute from nearby areas/cities.

There are some buses which can be a cheaper option than trains and flights. These buses travel regularly between Munich and other popular cities like Prague, Stuttgart, Berlin, Vienna etc. 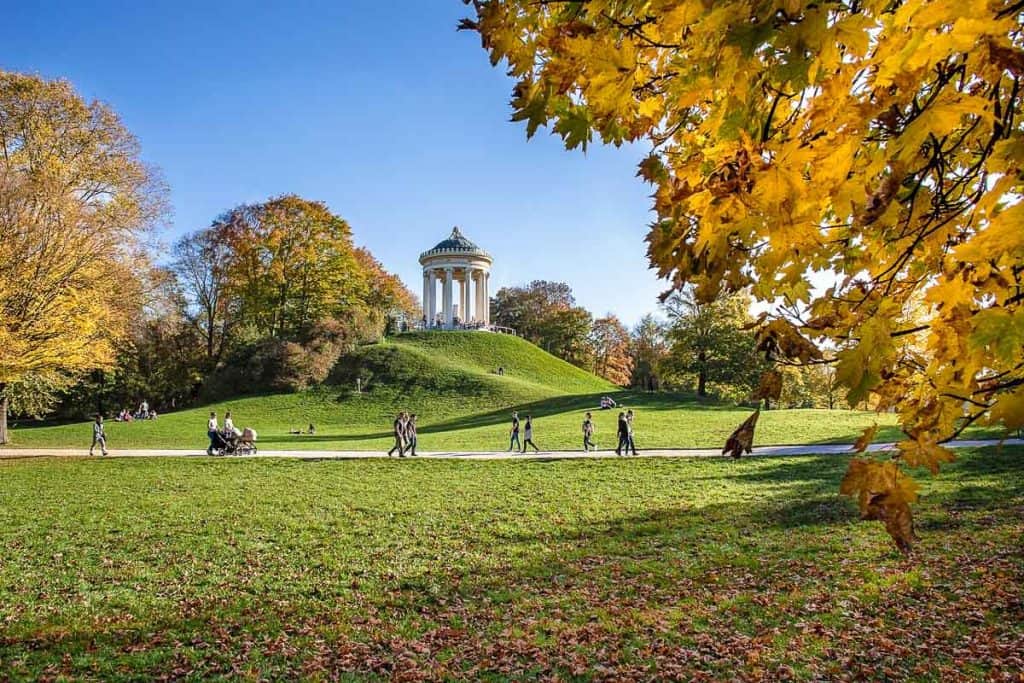 Munich is a is a very convenient place to explore popular sites in South Germany on a day trip, and other nearby European destinations as well.

Königssee is a scenic lake in the German Alps located in the Berchtesgaden region. This lake and the surrounding sites make a perfect day trip itinerary if you want to get out and explore nature rather than another city.

Germany’s fairy-tale castle is best reached from Munich by car or by organised day tour. It is possible by public transport but more complicated! This is one of the most popular sites in Germany and is not to miss when in Germany. Be sure to book your ticket for the actual castle in advance. 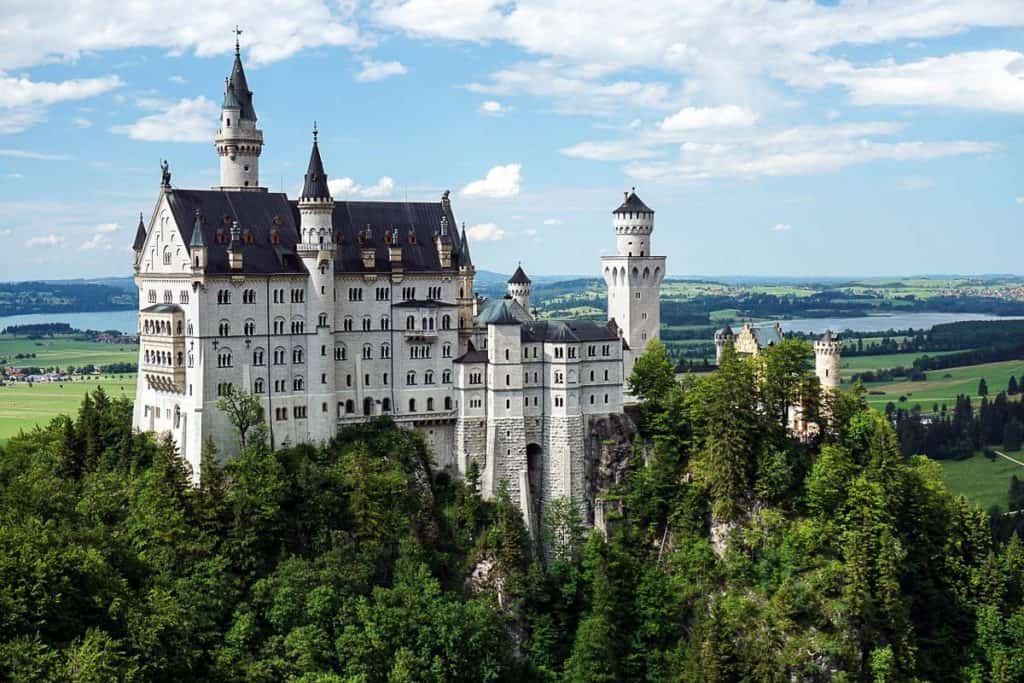 Zugspitze is the highest peak in the German Alps. The peak itself and the surrounding area is a scenic destination and a real treat for eyes.

Whether or not to visit a former concentration camp is a very personal choice, but many people see it as a way to learn more about the future and see how it is still relevant to us today. You can visit on your own via public transport, or take a guided day trip from Munich.

Munich is so strategically located that you can easily reach surrounding countries like Austria, Switzerland, and the Czech Republic. Austria is only about an hours distance from Munich. Salzburg and Innsbruck are popular Austrian cities that can be visited on a day trip from Munich (although it can be long!). 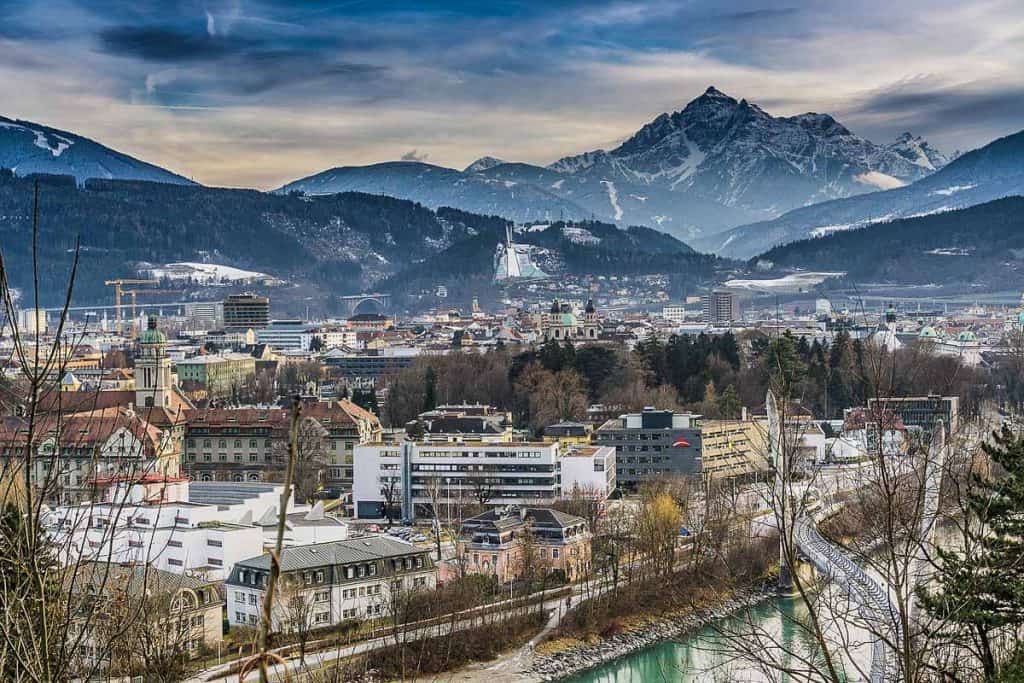 Although it would be a long day trip, it is possible to visit this small country, especially if you have a car.

Munich is a modern city with great infrastructure and facilities. It is a safe city with loads of cultural activities throughout the year. Due to the best technical University in Germany being located in Munich, it attracts youth crowd from all around the world and makes the atmosphere lively, and there are many authentic international cuisine restaurants in Munich. If you spend 2 days in Munich, you can have a taste of authentic German culture but with a trendy twist. Munich has something for everyone! 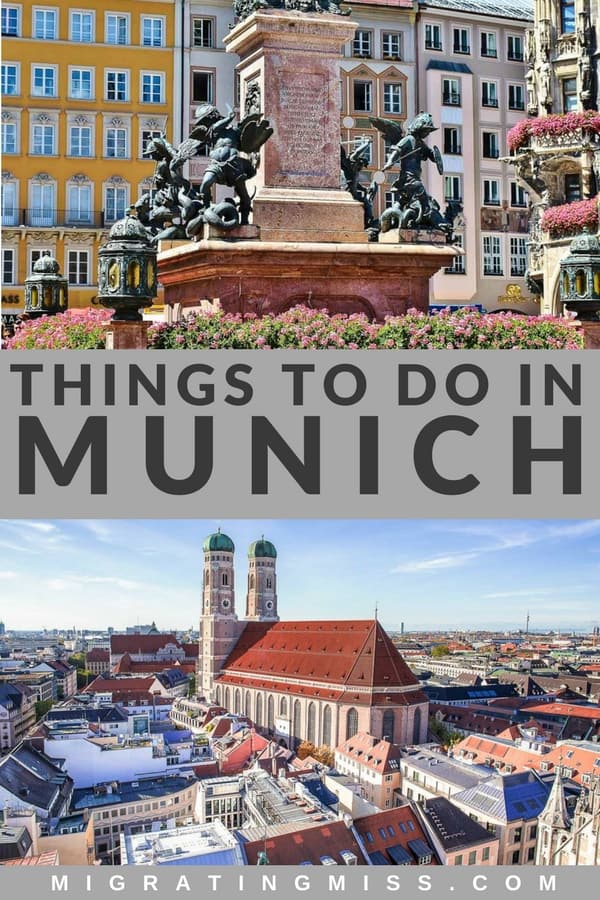 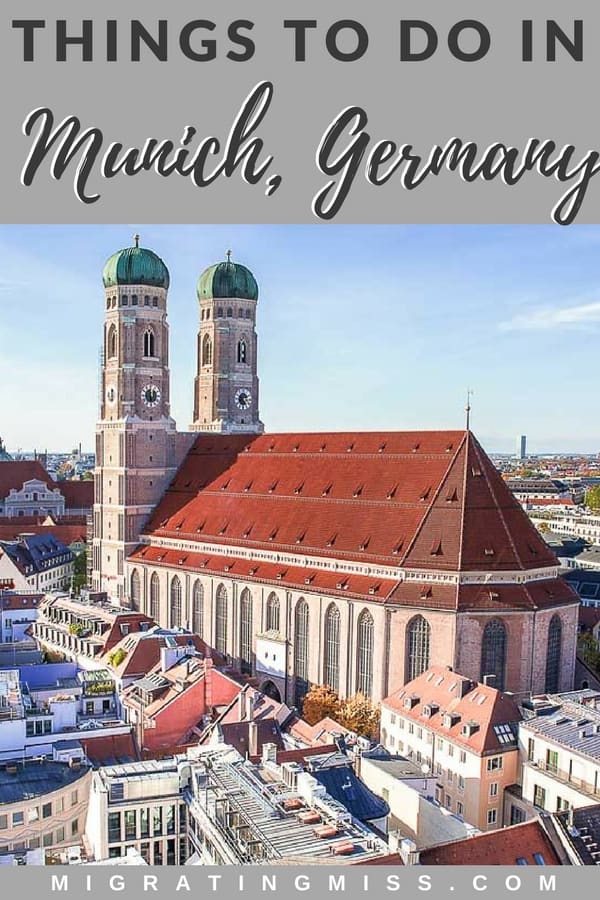