This year is the 70th anniversary of the beginning of the biggest Edinburgh Festivals, and now I’m living in Edinburgh only seemed fitting that I went along to the first festival of the year, and put it to the test! The Edinburgh International Science Festival is one of the younger of the twelve festivals, although it has been running since 1989. While I’ve always been keen on the Edinburgh Festival Fringe and the other August festivals in Edinburgh, I’d never thought to check out what was on offer at the Science Festival which runs in springtime.

When you think of a Science Festival I imagined all sorts of science experiments and talks about stuff way over my head, and maybe some games and things for kids – all stuff that sounds good but isn’t something I would be really excited to go along to. Well, it turns out I was wrong to not be, because most of our daily lives and routines involve science so it has a LOT to do with me!

I was impressed by the diversity of events in the Science Festival program, so I went along to some of the more unexpected offerings. Added to the below, there are some fantastic talks with industry leaders and all sorts of other interactive exhibitions for adults and children alike. 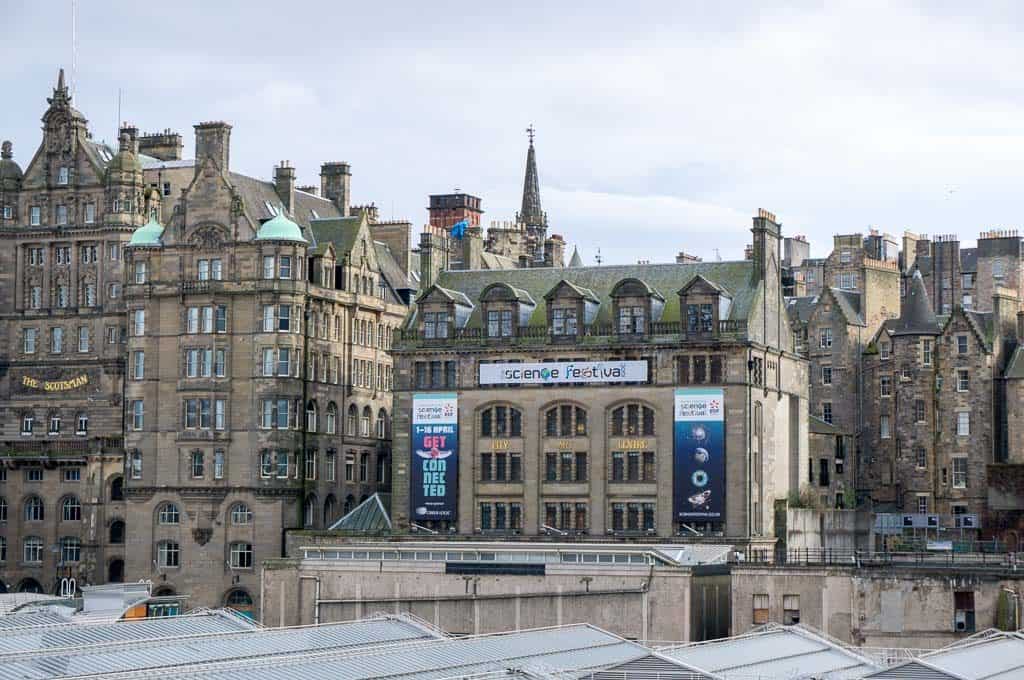 My introduction to the Science Festival set the tone for the rest of it. During the festival the City Art Centre is transformed into a science playground for kids with fun and cool stuff to do on every level. But for just one night at the beginning of the two week festival they turn it over to adults only. Basically, we got to go and play with all the cool stuff! There was everything from lego, to making your own electronics, to figuring out engines, to experiencing virtual reality.

My favourite though was definitely trying my hand at being a keyhole surgeon. Not really of course! But we got to try out the real keyhole surgery tools, and remove stuff from a dummy. It was actually pretty amazing, and it made me realise how important advancements in science can be for our health. 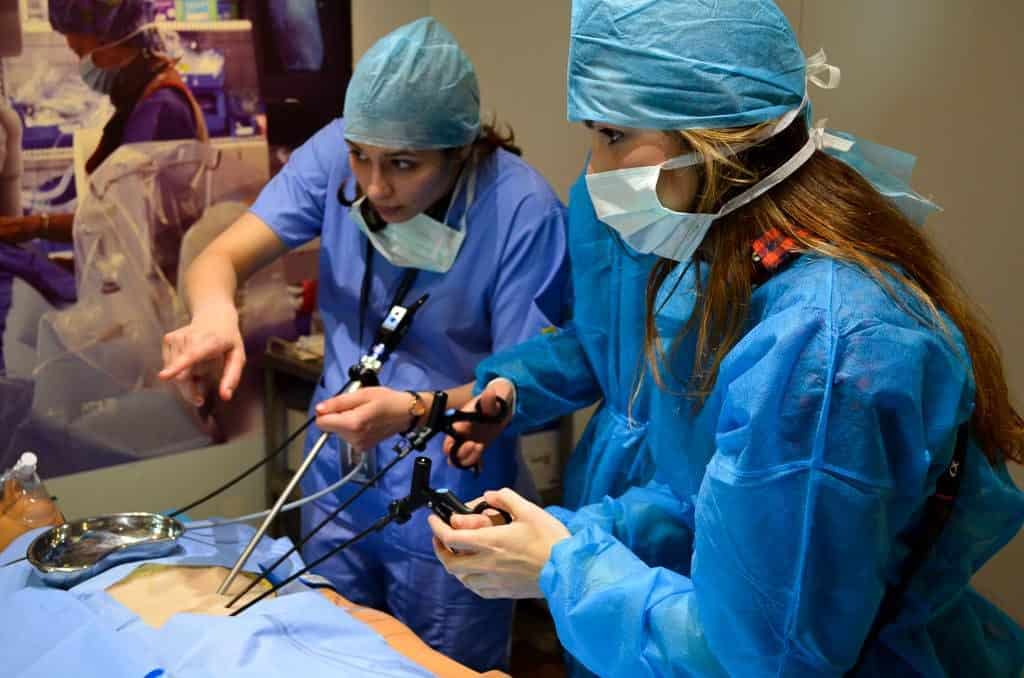 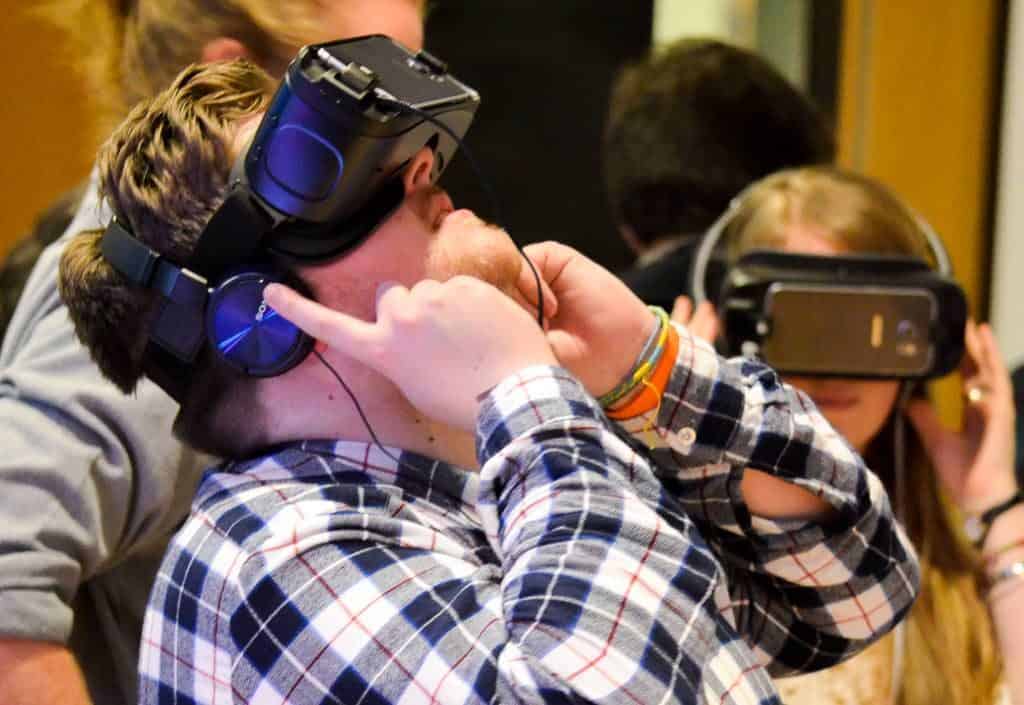 Any festival that involves food tastings is a festival I want to be at. So luckily the Edinburgh International Science Festival has a GastroFest element! I went along to just two of the events, but I could seriously have gone to every single one.

Tea-Lightful! The Origins, Science and Traditions of Tea

I didn’t drink tea until I started working in an office, and then after moving to the UK I started drinking it even more of course! Everyone always says the UK is a nation of tea drinkers, so it was interesting to find out that while there are more teas than ever available, people aren’t drinking anywhere near what they did 50-60 years ago.

We learnt a lot about where tea comes from, while tasting some different varieties, and then we spent awhile dunking different biscuits to test taste and durability. And this is science?! Yes please. 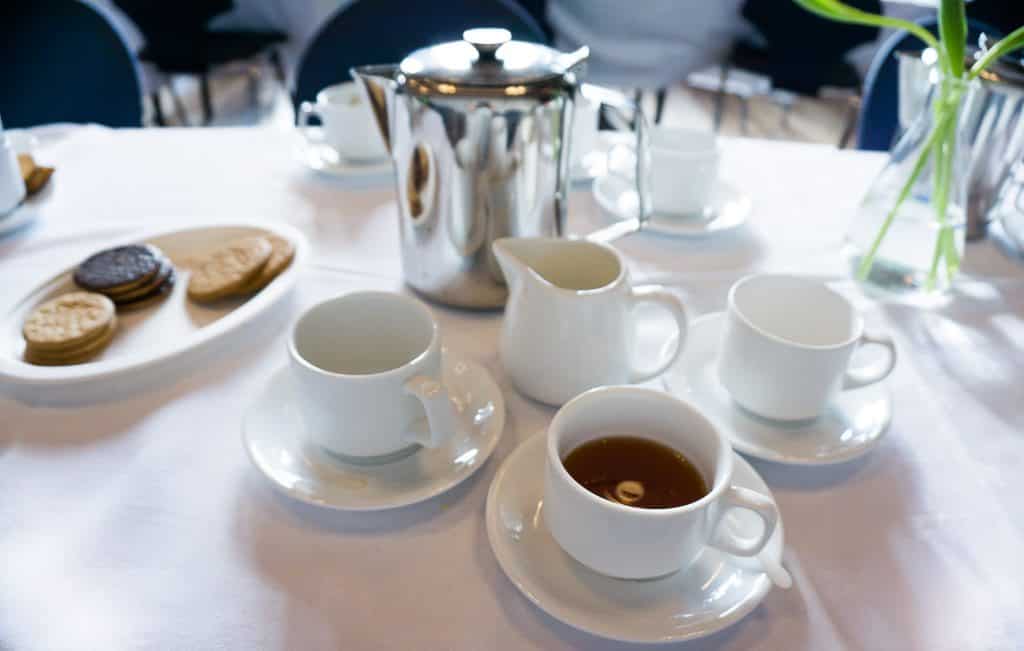 Back by popular demand apparently (because who doesn’t like cheese?!) this event was so much fun. We got to try so many different cheeses, and learn a bit more about how cheese is made. It turns out things like cheese and tea can be seen on the same par as wine in terms of all that goes in to making them and the different flavours and tastes that are available. Did you know if a cheese maker moves premises it might completely change how their cheese looks and tastes, because of the unique culture of bacteria in every place? 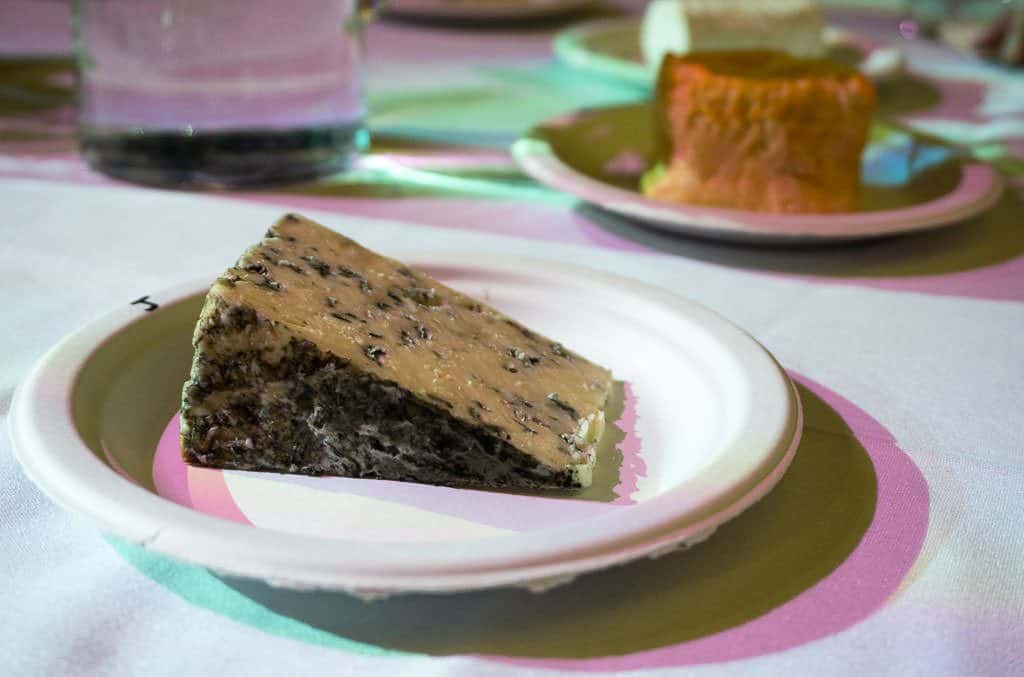 Theatre that makes you think

Girl in the Machine

I love how theatre is a part of the Science Festival, because it’s not something you could expect. There were a few shows on but I went along to Girl in the Machine. It was a thought-provoking piece of theatre with just two characters and one set with only a few couch pieces, artfully moved around to portray different parts of their home. The tale was about our possible digital future, and the part of technology in our lives.

We ended up talking about and thinking about the Girl in the Machine for days, and it’s still in my mind! I may be within the last generation that remembers the world before the internet and social media, but only just, and it made me question my entire life and technology, and how different it could be without it. An even more interesting thought as someone who’s job relies on it…

The National Museum of Scotland

The National Museum has an awesome science section at any time of year, and during the Edinburgh Science Festival they host even more exhibits and have a huge range of discussions.

I tested out Google Expeditions, which is a virtual reality experience that in this case, took us to famous destinations around the world. The idea is that teachers could take students on virtual reality field trips, which sounds so cool. It was awesome having real life 360 views of places I’ve never been before through the lenses, like Rio!

I had an awesome time checking out some of the unexpected and diverse events at the Edinburgh International Science Festival, and I don’t even think I scratched the surface! If you’re visiting Edinburgh in springtime then it’s definitely worth adding to your agenda.

Edinburgh is a great place to visit at any time of year (yes even in the cold!), with plenty of essential things to see around the city, from the historical to the scenic, plus some great hidden gems. Then you have Edinburgh’s reputation as a festival city, with different festivals running all year and a chance there might be one on when you visit the city. 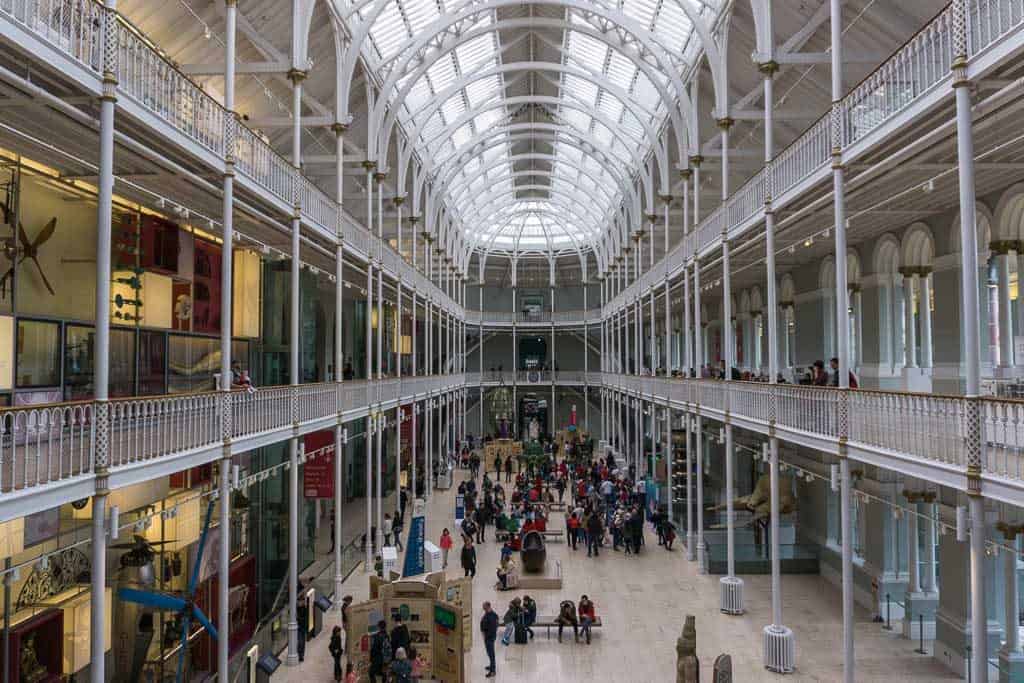 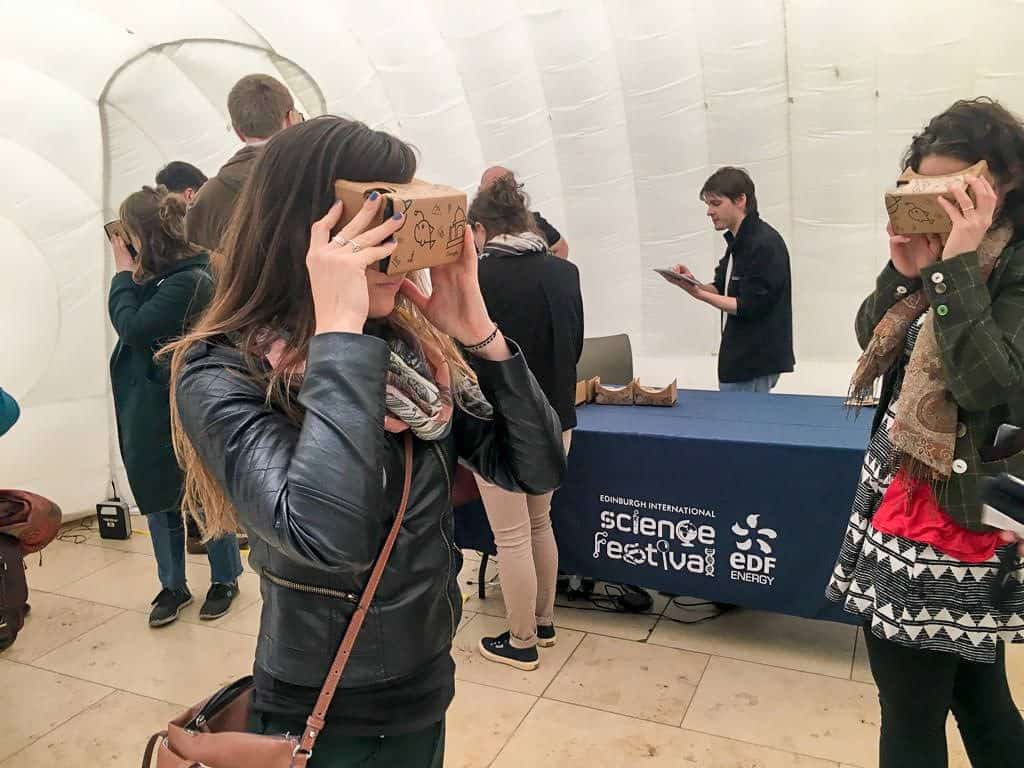 Find out more about the Edinburgh Festivals:

The Edinburgh Festivals website has information about all twelve yearly festivals, so you can check out what’s on when you’re in town.

Previous posts about Why Edinburgh Festivals Have to Be On Your Bucket List, plus A Quick Guide to Edinburgh’s Festivals in August, and Putting the Edinburgh International Science Festival to the Test. 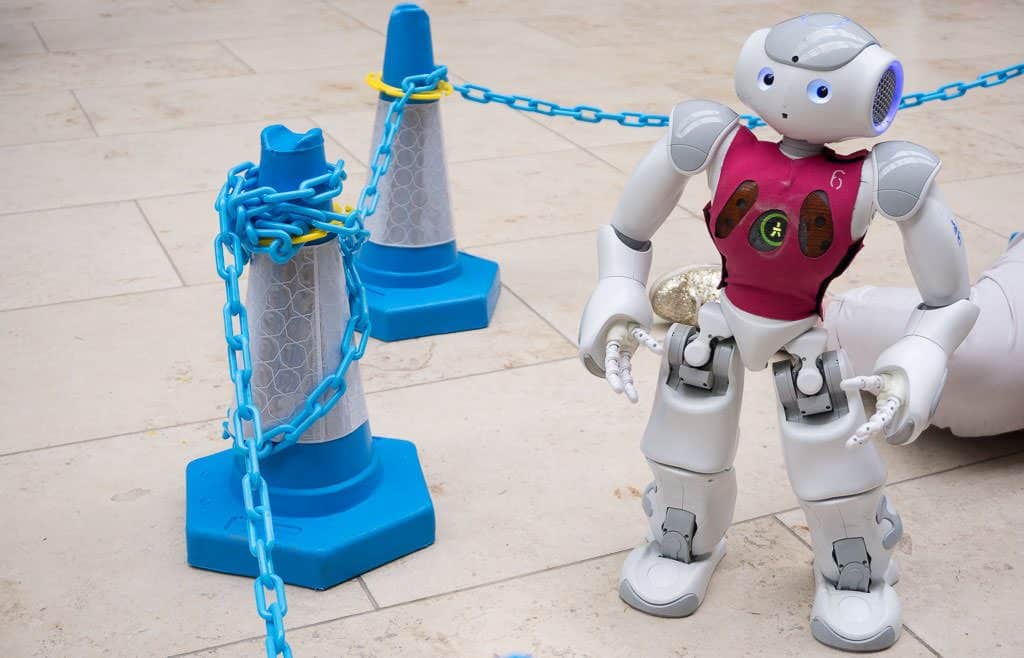 Do you like to go to festivals in cities you visit? Have you ever tried a different kind of festival?

P.S. My attendance at some events was sponsored by the Edinburgh International Science Festival, but as always, all opinions are my own! 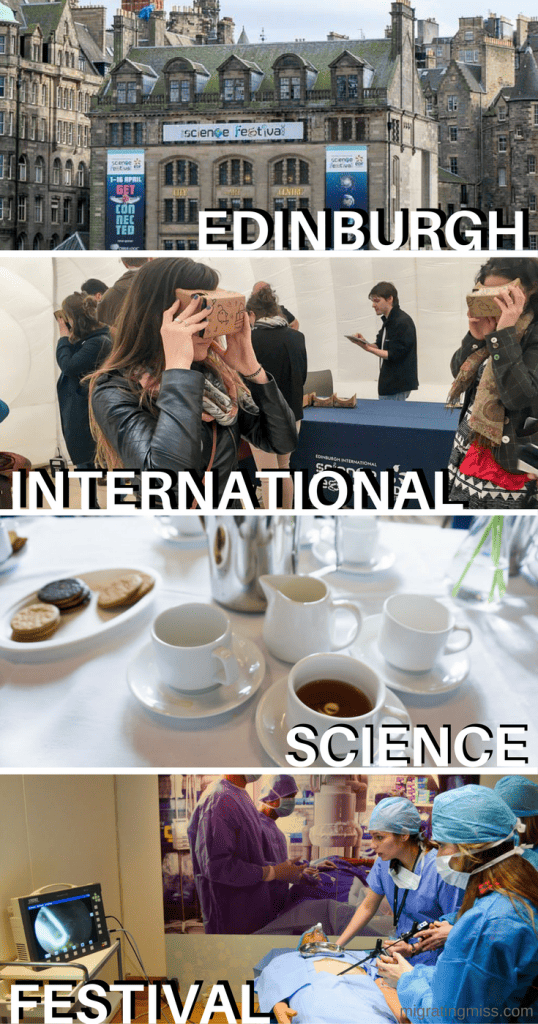 18 thoughts on “Unexpected Experiences at the Edinburgh International Science Festival”