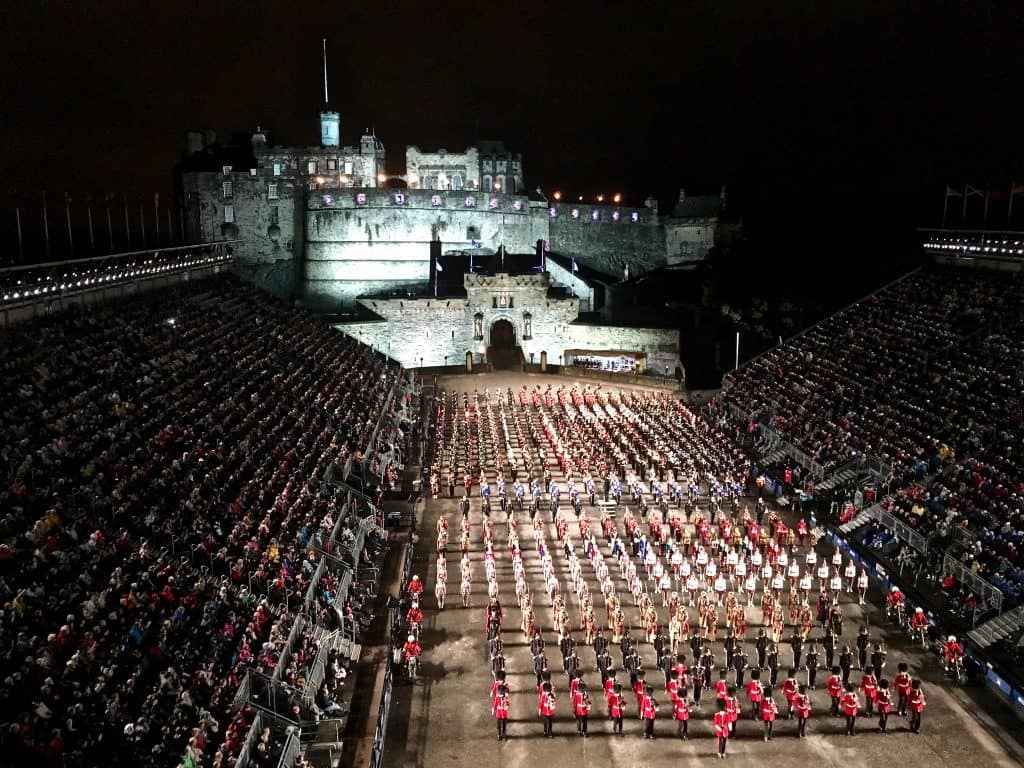 As a child, I distinctly remember sitting crosslegged on the carpet in front of the TV at my Grandma’s house, the volume on loud, with the sounds of Scottish pipe bands filling the room. I watched as group after group marched out, filling the space in front of a magical looking castle, while girls wearing kilts danced in circles. I’d watched Scottish marching bands on school fields in my hometown in New Zealand, but it was nothing compared to the scale of this.

Around twenty years later, and the anticipation in the air was palpable, as people from all across the globe were gathered in the stands perched on top of Castle Rock in Edinburgh. I felt like the excitement bubbling in my chest as if I was a child again, eagerly waiting for the show to begin.

The Royal Edinburgh Military Tattoo takes place at the height of Edinburgh’s Festival season in August. It’s a truly international event with performers from all over the world, and different countries every year. The audience is international too, generally comprised of one-third international visitors, one-third Scottish attendees and one-third of visitors from the rest of the UK. Added to that, there are around 100 million people who watch the performance on television around the world. That’s right. Millions of people see the Edinburgh Military Tattoo every year, and it’s going from strength to strength! 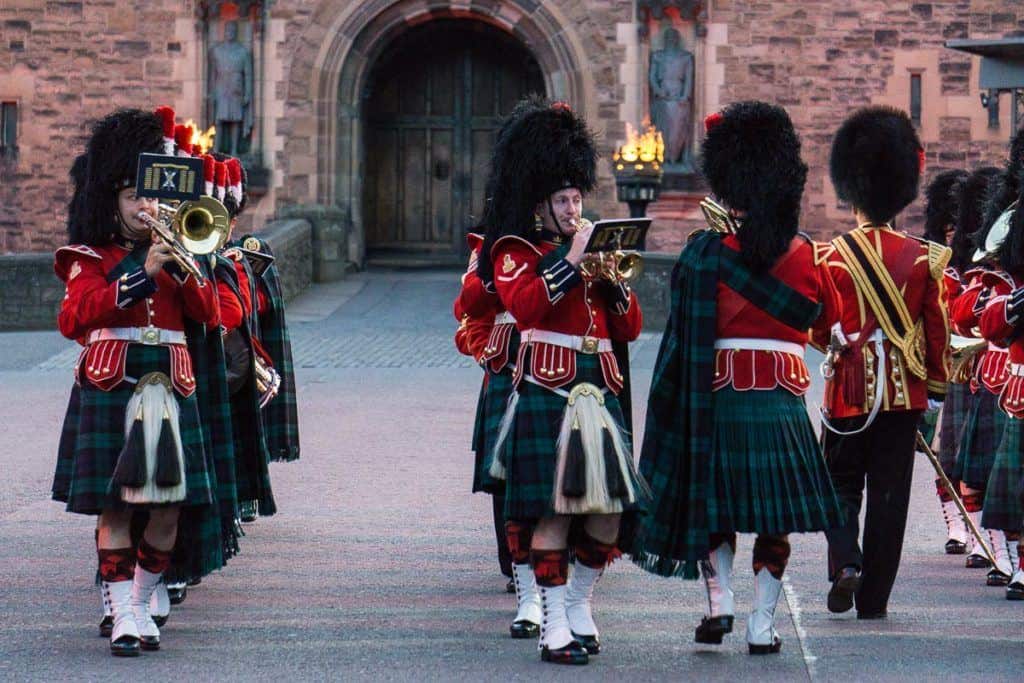 But what is the Edinburgh military tattoo?

If you’ve never had the opportunity to experience a military tattoo elsewhere, then you’re probably wondering what I’m even talking about. Firstly, it’s nothing to do with getting a tattoo! The name “tattoo” comes from the 17th and 18th centuries when a cry of ‘doe den tap toe’ which meant ‘turn off the taps’ and piping and drums signaled to the soldiers that the pubs were closed and they must return to the barracks.

Fast-forward to now, and a Scottish military tattoo is known as a performance of music or a display by the armed forces. But even if you’ve been to another Scotland military tattoo, the most famous and grand of all is the Royal Edinburgh Military Tattoo, affectionally known in Edinburgh simply as “the Tattoo”. 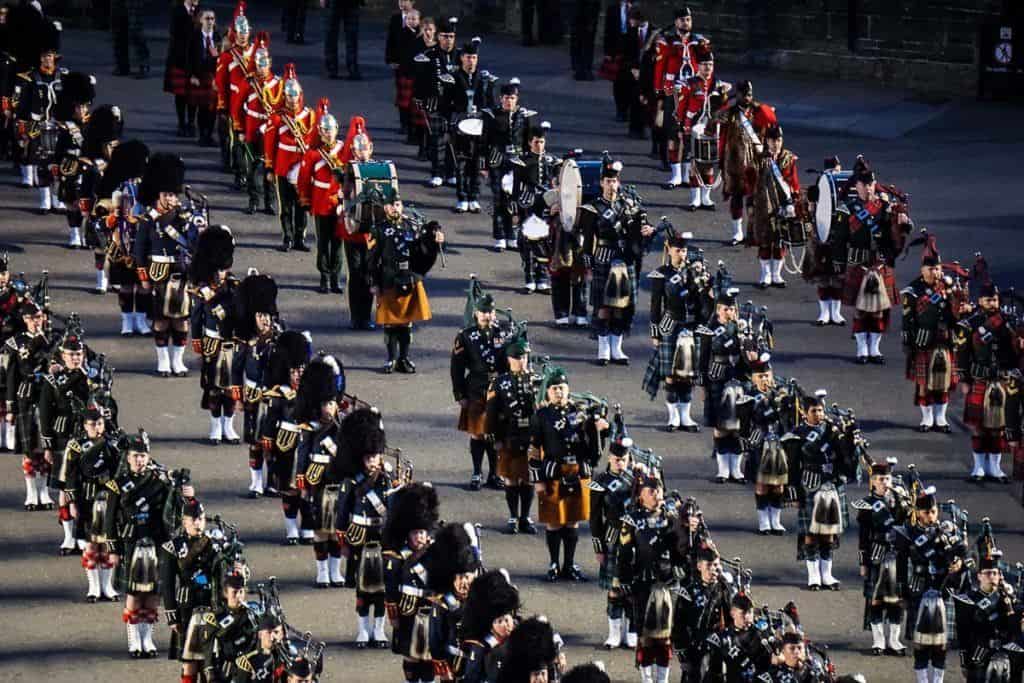 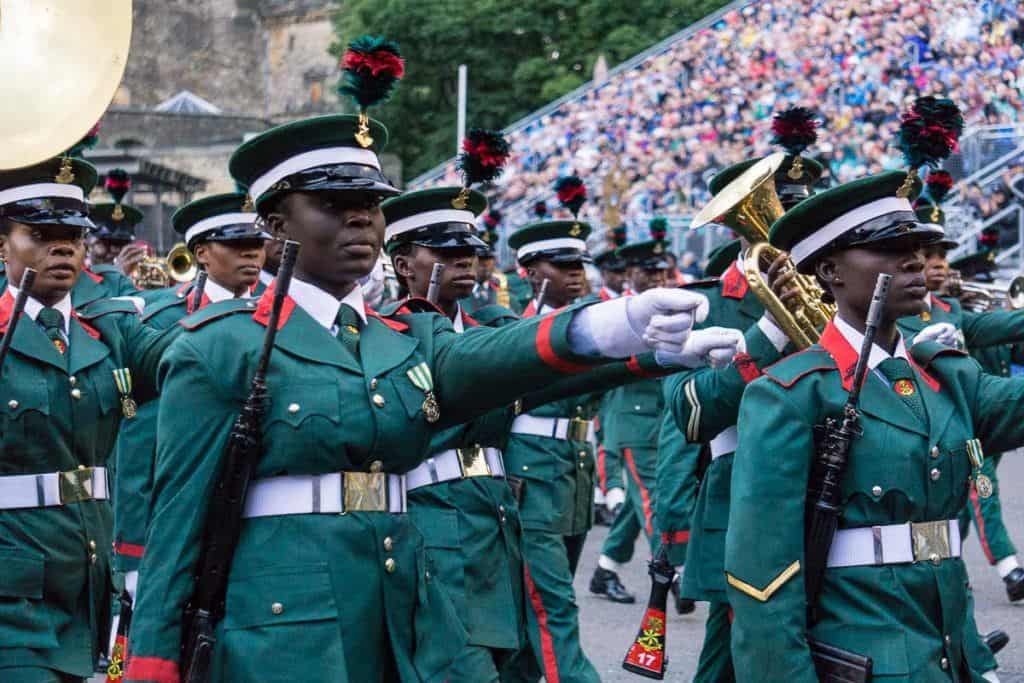 The story behind the Royal Edinburgh Military Tattoo

The first official Edinburgh Military Tattoo took place in 1950, when 6000 people sat on wooden benches on the Edinburgh Castle esplanade, and watched an eight-item performance that was more about military prowess and what they could do. Nowadays the performances can be anything from marching bands to singing and dancing or even acrobatic style shows.

Since the first Edinburgh Tattoo in 1950, no show has ever been cancelled, despite the unpredictable Scottish weather. So make sure you bring a warm and waterproof coat! 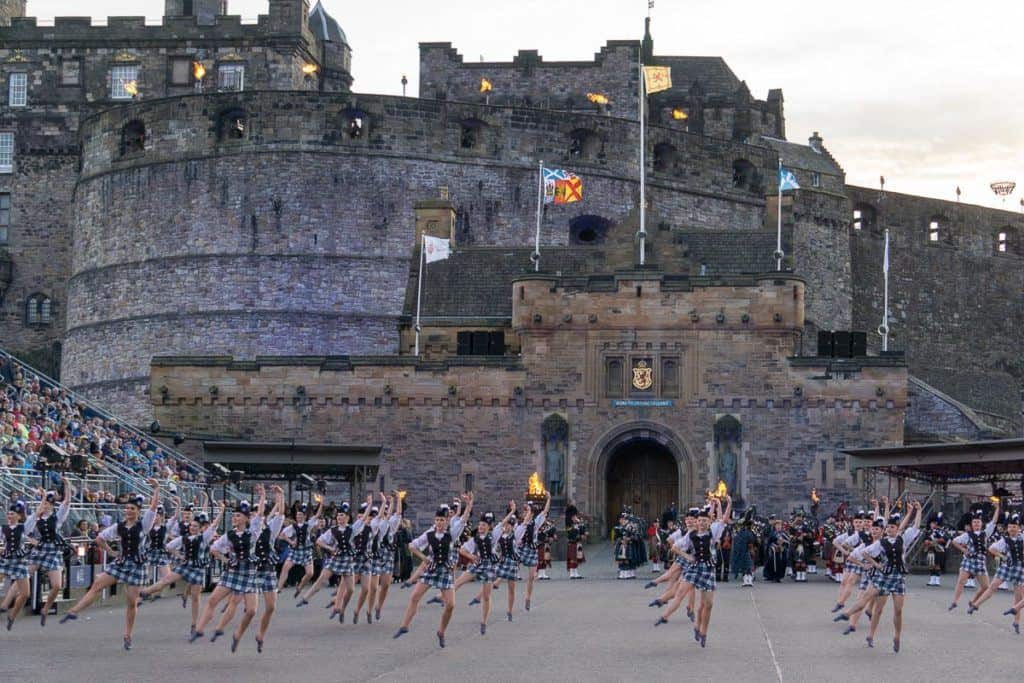 What you can expect at the Royal Edinburgh Military Tattoo

But what will you actually see if you get tickets to the Tattoo? Each year there is a different theme, with 2019 having the theme “Kaleidoscope” after the invention by the Scottish Sir David Brewster in about 1816. Each year one of the UK’s armed forces lead the military tattoo, but groups from all over the world will also perform.

When I went to the Edinburgh Tattoo I saw everything from huge Scottish pipe bands, to jazz and blues singing Americans, rugby-playing and dancing Kiwi’s, motorbike stunts, Shetland fiddlers, highland dancers, and much more. You can expect to be treated to a wide variety of performances and entertainment, designed to showcase talent from around the world.

During the performance, Edinburgh Castle is like another cast member, with video and pictures being projected onto the facade. So many cables are used in the show to get all of this right that if they were spread out in a line they would reach from Edinburgh to Glasgow! 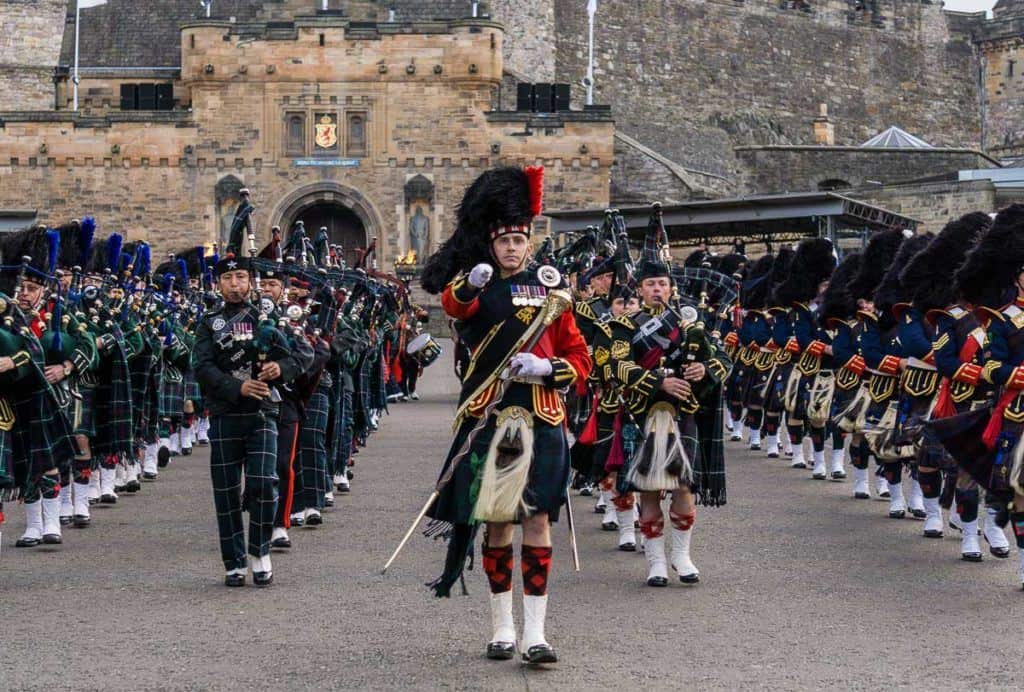 While the performances are different every year there are some things that stay the same.

The Edinburgh Military Tattoo always beings with the marching of a pipe band across the drawbridge of Edinburgh Castle.

Just before the end of the show, a lone piper plays from the top of Edinburgh Castle. The first piper, Major George Stoddart played every performance for the first 11 years, and his son Major Gavin Stoddart has taken up the mantle since then.

The end of each performance is heralded with the famous Robert Burns anthem, Auld Lang Syne, and attendees are expected to cross their arms and grasp the hands of their neighbours while singing along.

The thing is, the Edinburgh Tattoo is so unique that it’s difficult to explain the experience, and it’s one of those things that is really best seen for yourself. While the show has travelled overseas four times in the past, including all the way to New Zealand and Australia complete with a mock-up of Edinburgh Castle, there’s nothing like seeing it in person and for many people, it is a once-in-a-lifetime experience. 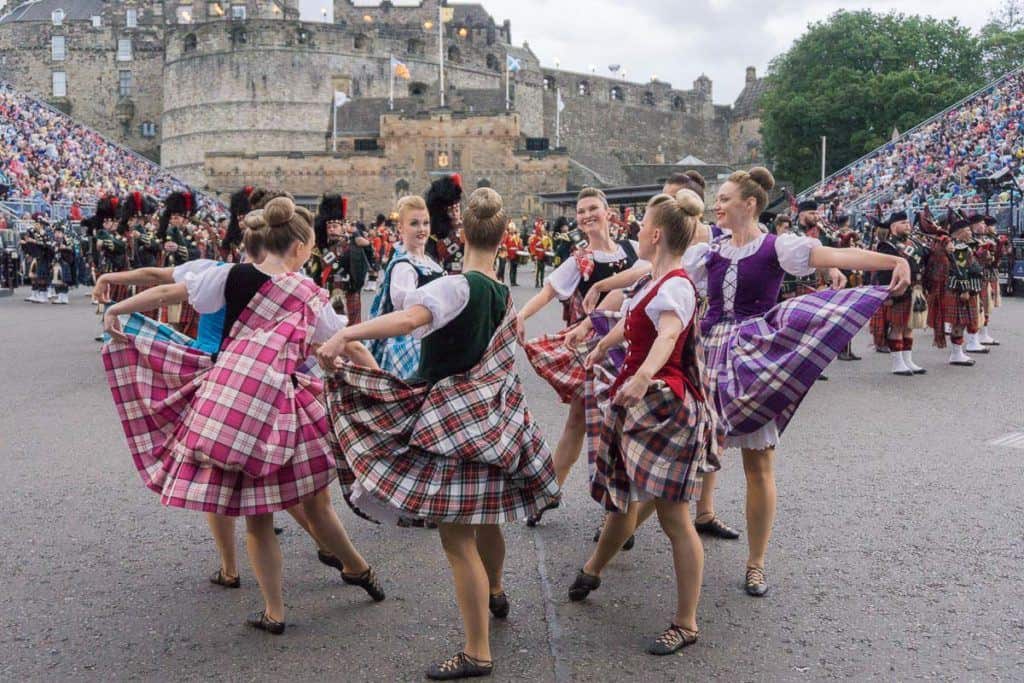 Official tickets to the Royal Edinburgh Military Tattoo in 2019 can be booked online. The performance will take place from the 2-24 August 2019 at 9pm from Monday – Friday and at 7.15pm and 10.30pm on Saturdays.

Tickets for the Edinburgh Military Tattoo are usually sold out in advance, so if you’re planning to visit Edinburgh in the summer of 2019 then I’d recommend buying your tickets soon, although you may be able to grab some last-minute seats as well so keep an eye out.

There is also a preview show held right before the season begins, and tickets for that only go on sale just before. 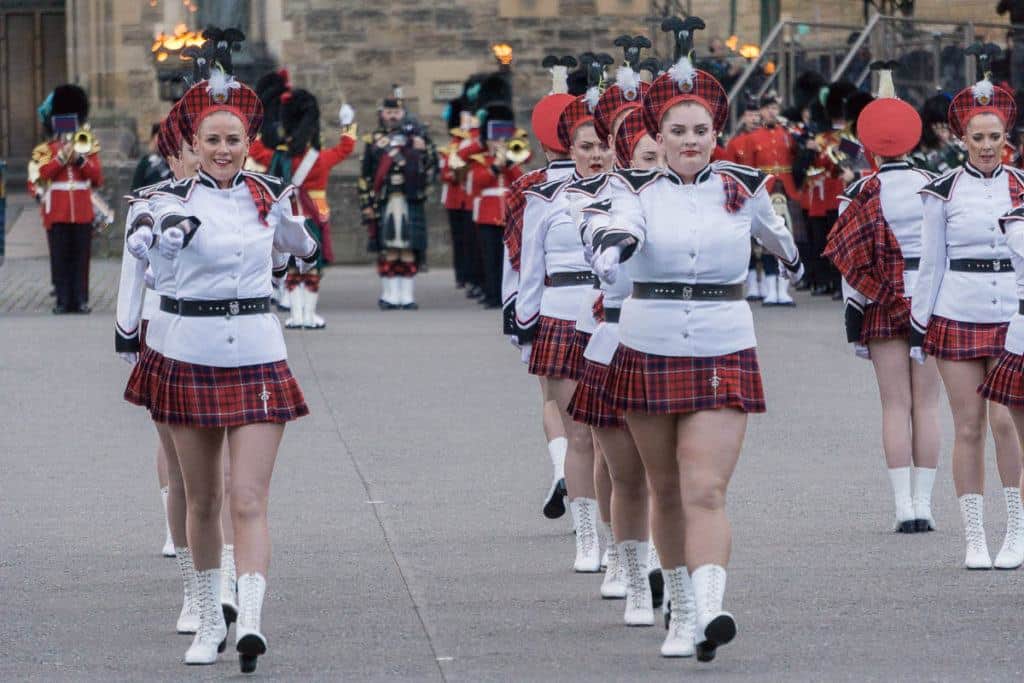 The best seats for the Edinburgh Tattoo

Choosing the best seats for the Edinburgh Tattoo is really about personal preference and budget. The higher-priced tickets are at the end of the esplanade, looking directly onto Edinburgh Castle. These tickets are widely considered to be the best because you’re able to see everything face on. However, sitting down the sides of the esplanade doesn’t give you a bad view by any means. The performances are made to be seen from all angles, so you won’t be missing out.

Personally, I think the best seats for the military tattoo are a little further from the Castle, around about the middle down the sides. That way the price is more affordable, you can see everything projected on the Castle, and all the bands marching out towards you for longer. Of course, if you can splash out for the tickets facing the Castle then by all means do! 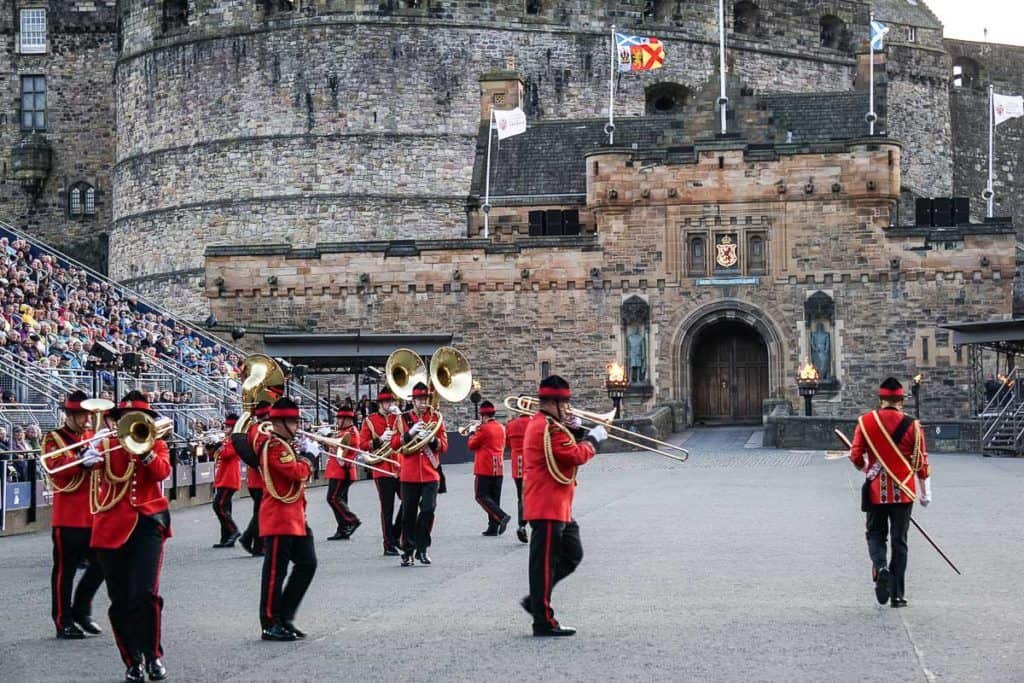 The Royal Edinburgh Military Tattoo is part of the Edinburgh Festivals, which make Edinburgh an international festival city. There are 11 festivals across the year, and with five Edinburgh festivals in August (check out this quick guide to the August festivals).

ALL of Edinburgh’s festivals should really be on your bucket list (here’s why), but I have a special spot in my heart for the Edinburgh Military Tattoo. I may have seen it on TV as a child, but there’s nothing like seeing the sights and sounds come together to form the truly brilliant show that is the Royal Military Edinburgh Tattoo in person. It’s an unforgettable and unique experience!

Have you seen the Edinburgh Tattoo in person or on TV? Tell me about your experience!

Read More: Why Edinburgh’s Festivals Have To Be On Your Bucket List

Read More: A Quick Guide to Edinburgh’s Festivals in August

Read More: 50+ Fun Things to Do in Edinburgh) 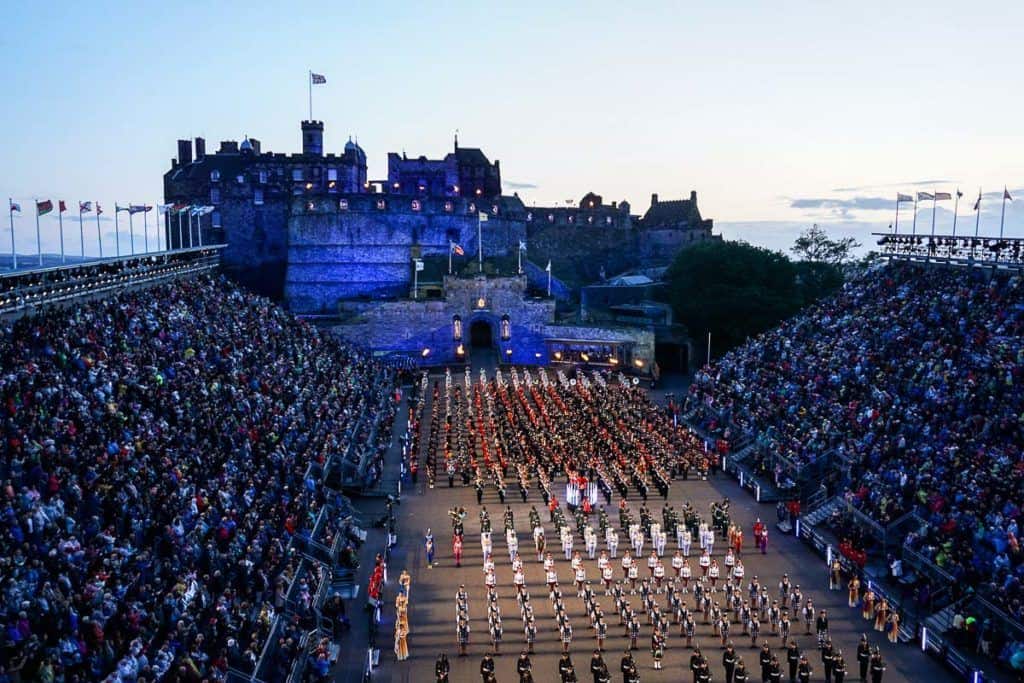 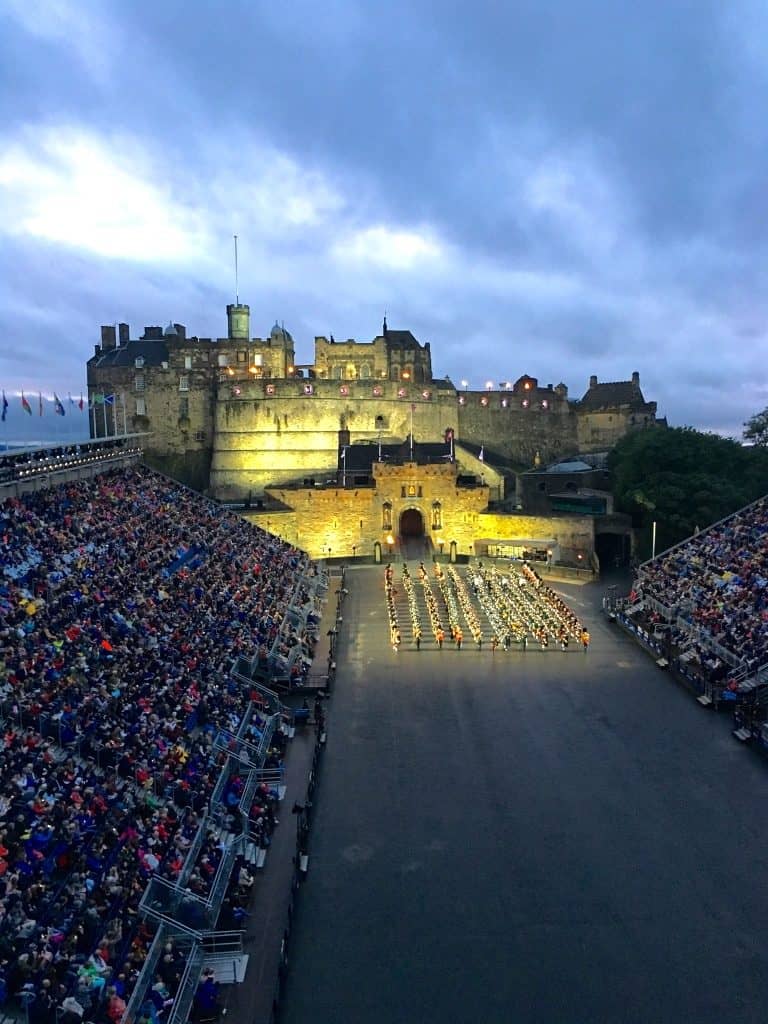 Over the years I’ve been lucky enough to attend the show by invitation from Edinburgh Festivals, but of course, all opinions are my own. I’ve been on my own too and would go again and again! 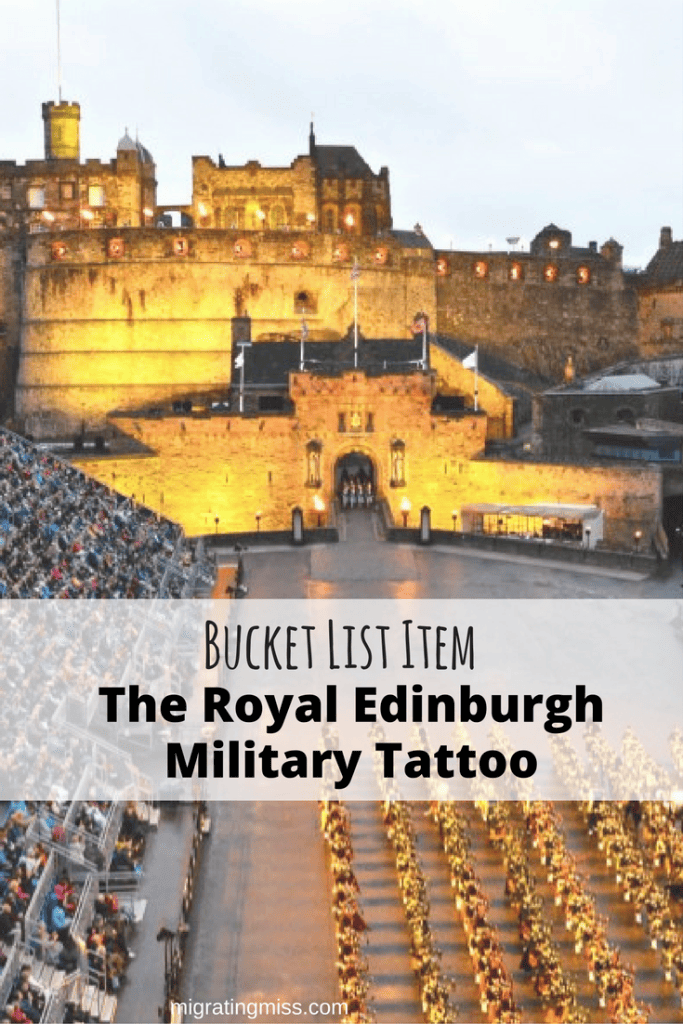 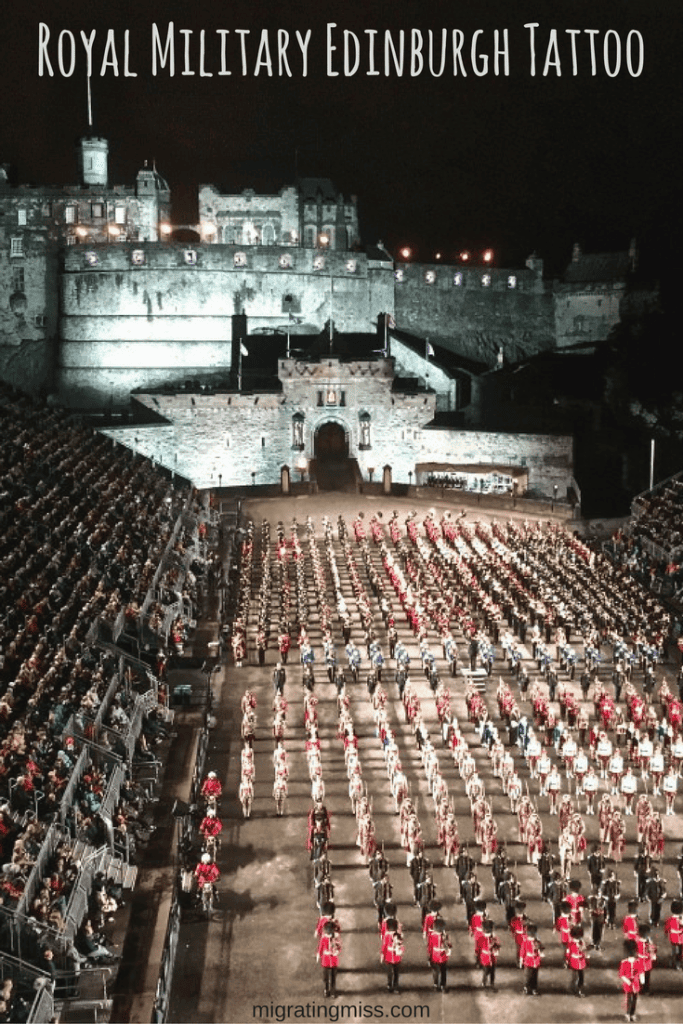 24 thoughts on “An Unforgettable Experience: The Royal Edinburgh Military Tattoo”