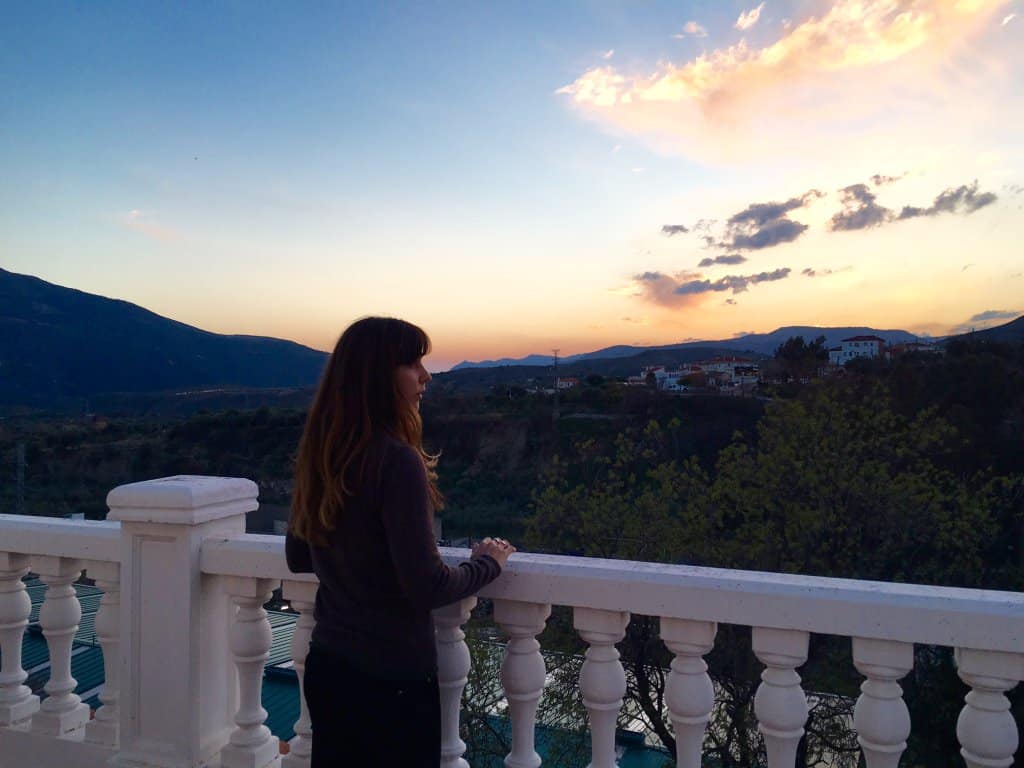 It’s been a while since I backpacked long term, but recently when I stayed in a hostel in Madrid for five nights I remembered how IMPORTANT it is to choose the right kind of hostel, or accommodation in general, for you. If you pick a sort of crappy hotel or an Airbnb that’s not your favourite, then as long as it works as somewhere to sleep it doesn’t have a huge impact on your trip. But a hostel can be what MAKES your solo travel experience!

If you’re travelling with friends then which hostel you stay in might not matter so much. You have each other, you just need a cheap place to sleep, maybe even in a room that’s all people you know, and one hostel probably works as well as any other. But if you’re travelling solo it’s another story. When you choose to stay in a hostel you’re putting a part of the experience you have in that destination in the hands of your accommodation. So how do you choose the right place?

Why is it so important to choose the right hostel as a solo traveller?

Just because you like to travel solo doesn’t mean that you want to always BE solo. Travelling on your own can get lonely, and at least some of the time many of us would rather have people to eat dinner with than sit on our own.

Here are a couple of examples of how a hostel can change your experience: 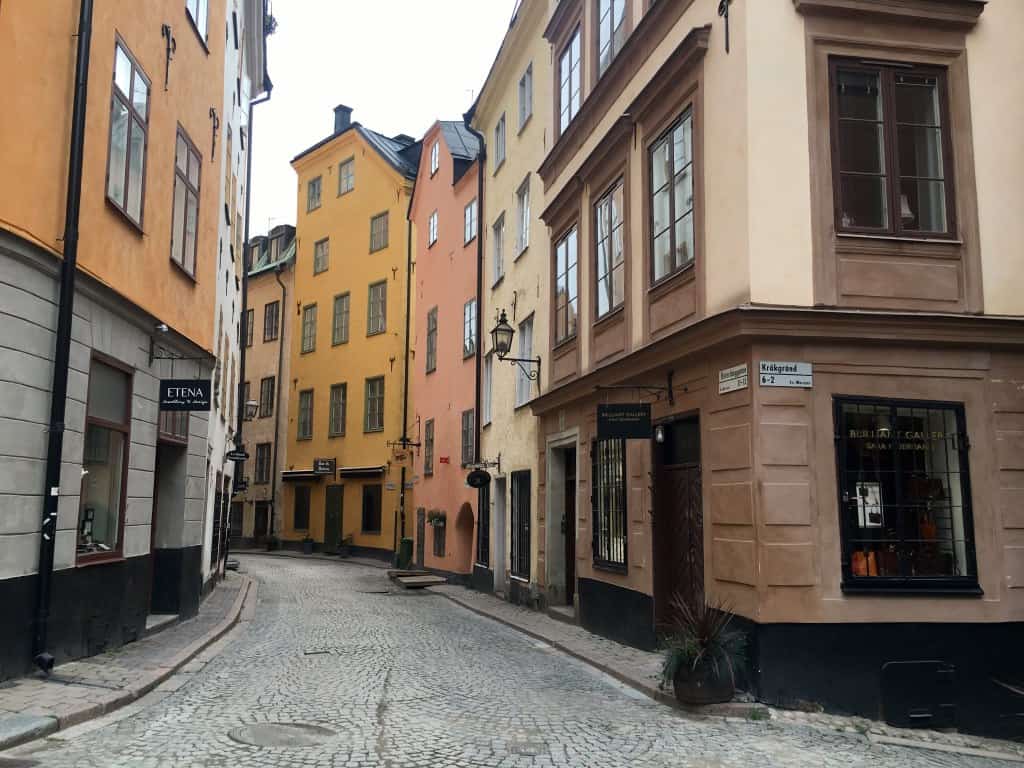 So how do you choose the right hostel for you?

The biggest consideration when you’re travelling solo is how social you want to be. Maybe you’ve had a few nights out and you’re ready for some rest, or maybe you’re up for the party. But how do you know if your dorm mates will be waking up at 5 am rustling plastic bags as they prepare to go out and explore or stumbling in drunk and turning all the lights on?

Here are some clues:

If there’s mention of great common areas in the hostel then pay attention. This gives you the opportunity to interact with people as you can expect they’ll be spending their time there rather than solely in their rooms. If you want a social hostel experience then it will hopefully give you the opportunity to sit down somewhere and start a chat.

On the flip side, I’ve definitely been to a hostel where people solely used the common area to sit around silently on their phones and laptops as wifi didn’t work in the rooms… 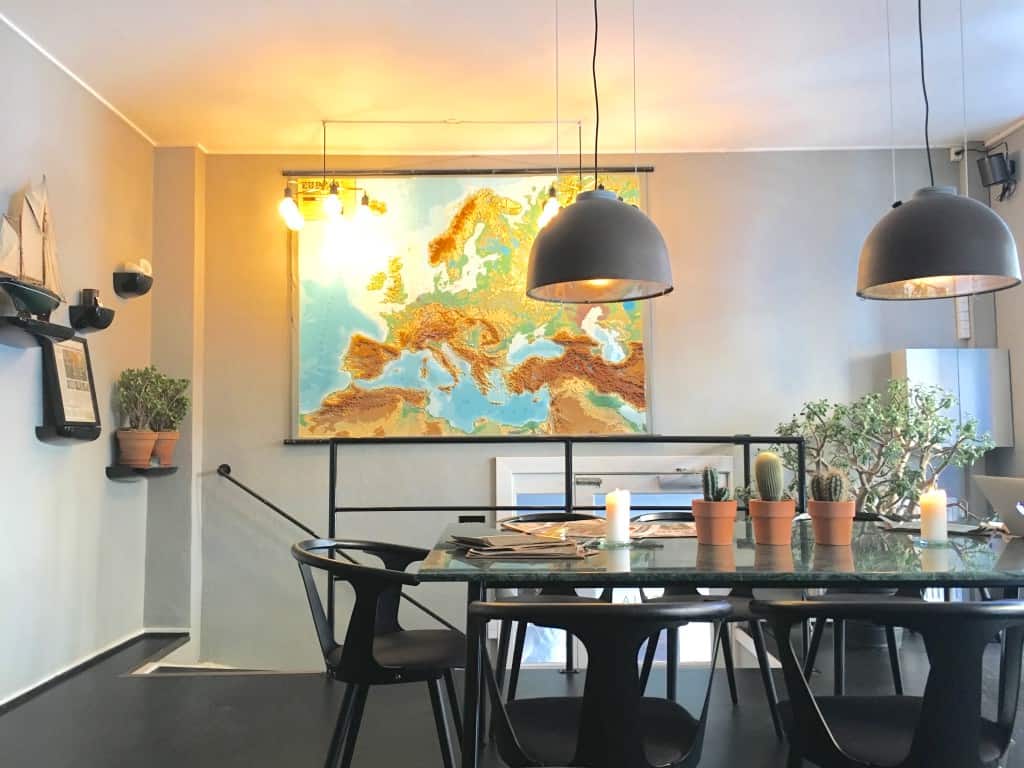 Alcohol policy/Bar attached to the hostel

If the hostel has a bar attached, that’s a massive calling card for a party. If you’re not up for it (or not every night) just make sure to read reviews and watch out for anything about how close the rooms are to the bar. I’ve seen dorm rooms literally off the bar before, or directly above. That means not a whole lot of sleep if that’s what you’re after!

It’s not a deal-breaker though since sometimes hostels with a bar attached are a perfect choice if you want to be social and meet people. Especially if they have events at night.

Some hostels have a no BYO alcohol policy, particularly in NZ and Australia. This can put a damper on any festivities unless there is a decently priced bar attached. In Cairns, I stayed in a hostel which was probably one of the most run-down places I have ever stayed, but it was so awesome because it was the only hostel in town with a BYO alcohol policy and a dedicated alcohol fridge. It made the hostel super social and everyone had a lot of fun every night in the common area before clearing out into town later.

In Rome, I stayed in a hostel that didn’t have a bar attached but was directly next door to one, and everyone congregated there in the evening. I was able to sit down at a table with other backpackers and start chatting away with them but go back to a quiet room when I felt like it! 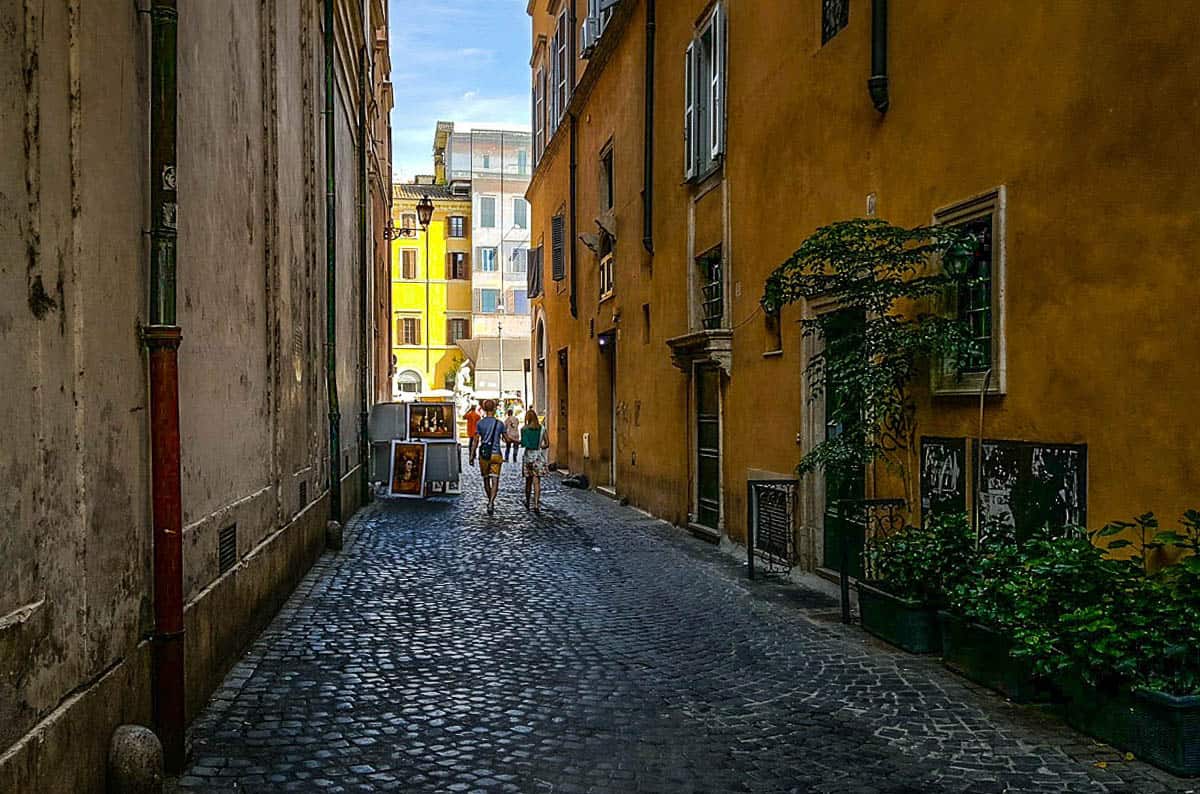 I find that super huge hostels can sometimes be more like hotels, with no ones speaking to one another and all hiding out in their rooms. Sometimes a smaller hostel has a much better vibe and the people are a lot friendlier, especially if it also has a common area where people hang out. You can’t sit next to the same person all the time and not speak after all!

If a hostel is in the centre it can be a blessing and a curse for your social life while you stay there. It means it’s easy for you to go out and see the sights, but sometimes if there are a ton of other bars or options in the area then it can mean people are more inclined to leave at night than stay in the hostel and be social.

Case in point, The Yellow Hostel I mentioned in Rome does have a bar next to it but it’s the only one close by. There’s not really anything else in the area and so I found myself making a ton of friends amongst the other backpackers in the bar. 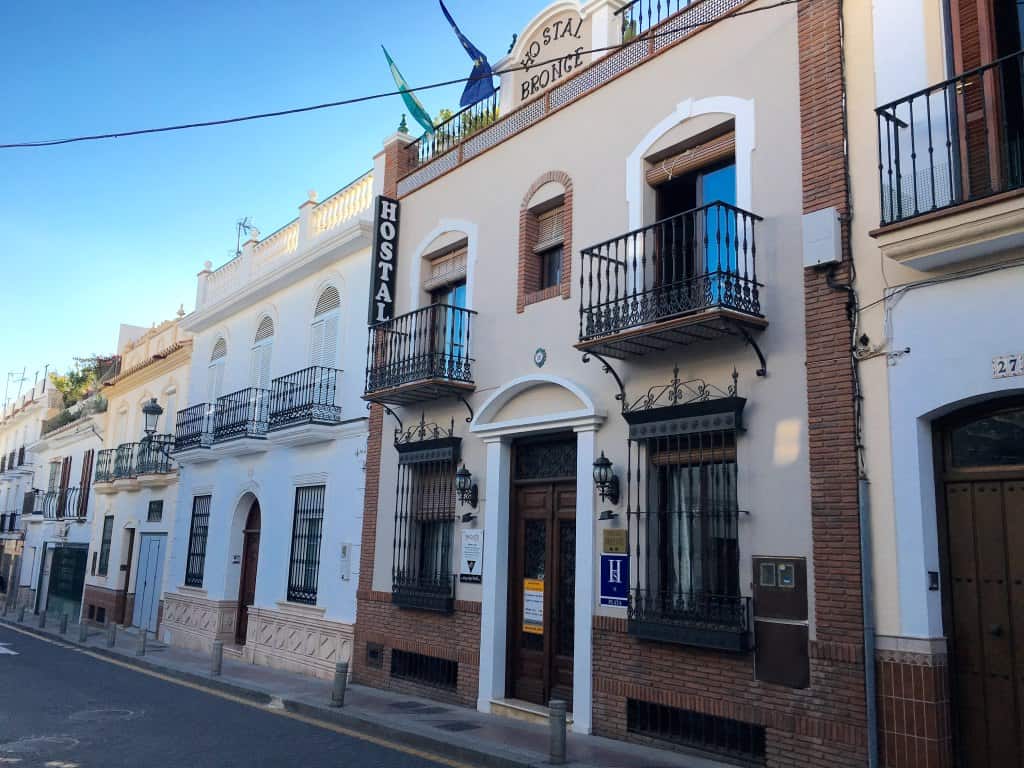 I’ve been guilty of picking the cheapest possible hostel and seriously regretting it later. I once stayed at a hostel where I was assigned someone else’s bed and had them come in and yell at me in the middle of the night, there were piles of washing in the corridors, and huge cups of hair all over the bathroom. The clue should have been when I tried to check-in and no one was there because it was basically a guys house he had decided to make into a backpackers. Don’t ignore the alarm bells!

That’s not to say the cheapest can’t be good. The last hostel I stayed at in Madrid was more than €100 cheaper than any other, and although its social scene was non-existent it worked for me because I was happy to explore on my own and I was so sick I wasn’t in a party mood. It had my three hostel feature essentials (more on that later) and it turned out it was in a really cool trendy area.

The best way to know whether the price is right is to extensively read the reviews. Things like “good for the price” might raise some red flags… 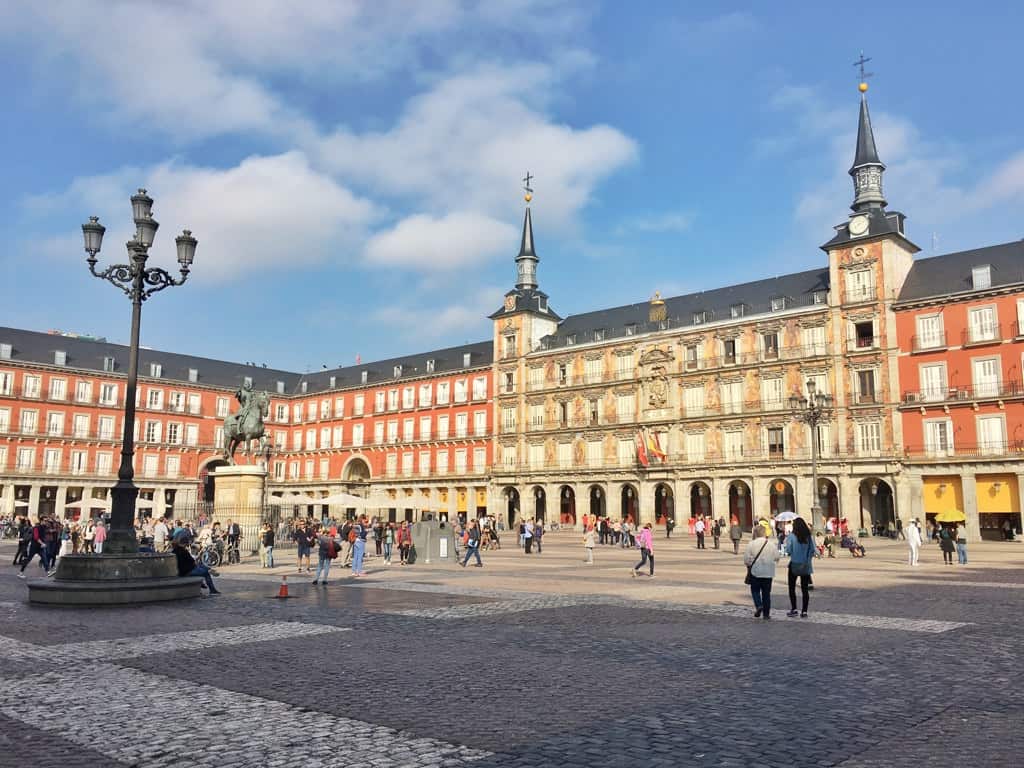 The kind of room you choose in a hostel can have a huge effect on your stay. Sorry fellow solo travel ladies, but I’ve often found that female-only dorms can be pretty lacking in social niceties. Sometimes I felt like everyone picked that kind of room just because they couldn’t afford their own hotel room, but they were going to pretend like no one else was there anyway and not speak at all.

Thankfully that’s not always the case! But I do have to say I’ve had more success with mixed dorms in terms of a more social atmosphere.

On the flip side, I’ve stayed in 25 bed and 50 bed dorms as well, and having that amount of people can also lead to people not being that social. The 25 bed was in Stockholm, where accommodation is definitely not cheap, so it felt a bit like everyone booked it just because they could actually afford to come to the city, but they weren’t that bothered with making friends. The 50 bed dorm was in Koh Phangan in Thailand, for the Full Moon Party. Funnily enough I didn’t actually speak to that many people in the room itself, but did make lots of friends in the social areas!

If I don’t feel like being too social, I might choose a 4 bed female-only dorm. If the other people are nice great, if they don’t speak to me I’m not bothered! If I do want to be social I usually pick a slightly bigger dorm like 6-8 people, or I make sure that the hostel has a great common area, a bar attached, or runs lots of group activities I might want to join. 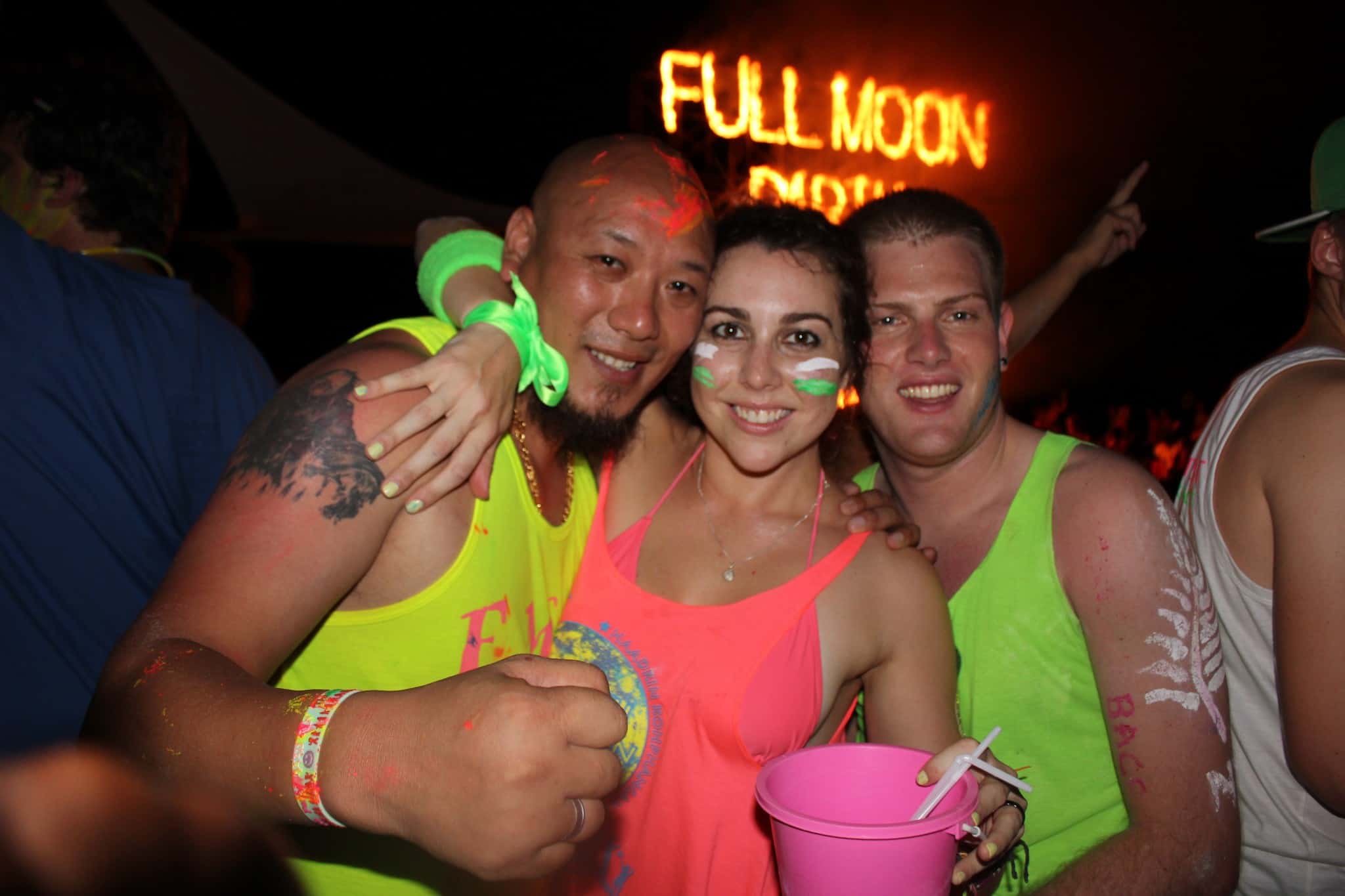 Three things that absolutely sell me on a hostel are lockers in the room big enough for your whole bag, a plug next to the bed (and not one you share with 5 other people) and your own bedside light. If a hostel doesn’t have these things it can be a serious deal-breaker for me, especially the locker feature, no matter how cool it sounds otherwise!

Where to book a hostel and find reviews

I like to check out the reviews for hostels and the prices on multiple platforms. Hostelworld is usually my first port of call to get an overview about the different hotels in the area, their locations and their ratings. I sort by price and ratings and pick out a few that look promising. Hostelbookers is a very similar site and sometimes there is a huge disparity in price or places that aren’t on Hostelworld so it’s worth a glance.

I’ve also taken to booking hostels directly through Booking.com because of their free cancellation policies, so their reviews are worth a look too. Lastly, sometimes I check the hostels own website of the prices but I rarely trust reviews just from there.

When you’re taking a solo trip and planning to book a hostel then the first thing you should do is think about what kind of experience you want. Don’t just opt for the cheapest or even the so-called best location.

Ask yourself a few questions:

Then start looking at hostels for the following: 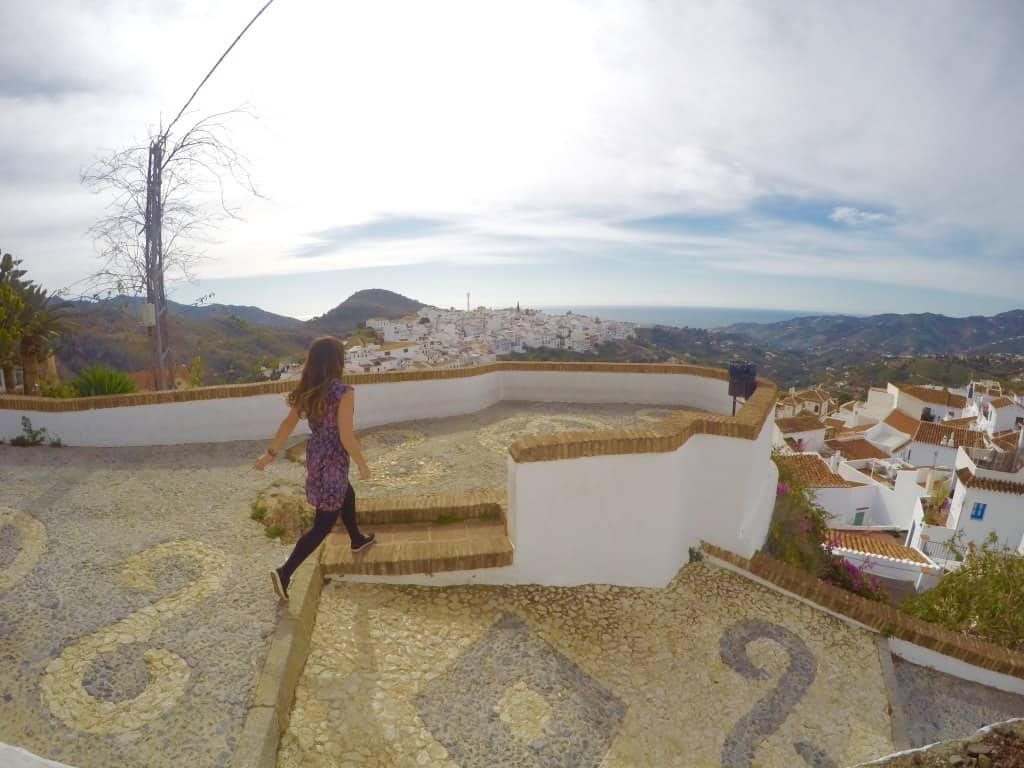 You won’t always get it right, but if you’re new to solo travel or you’re on a trip where it could make a big difference to you, then a bit of planning will make your experience all the better! 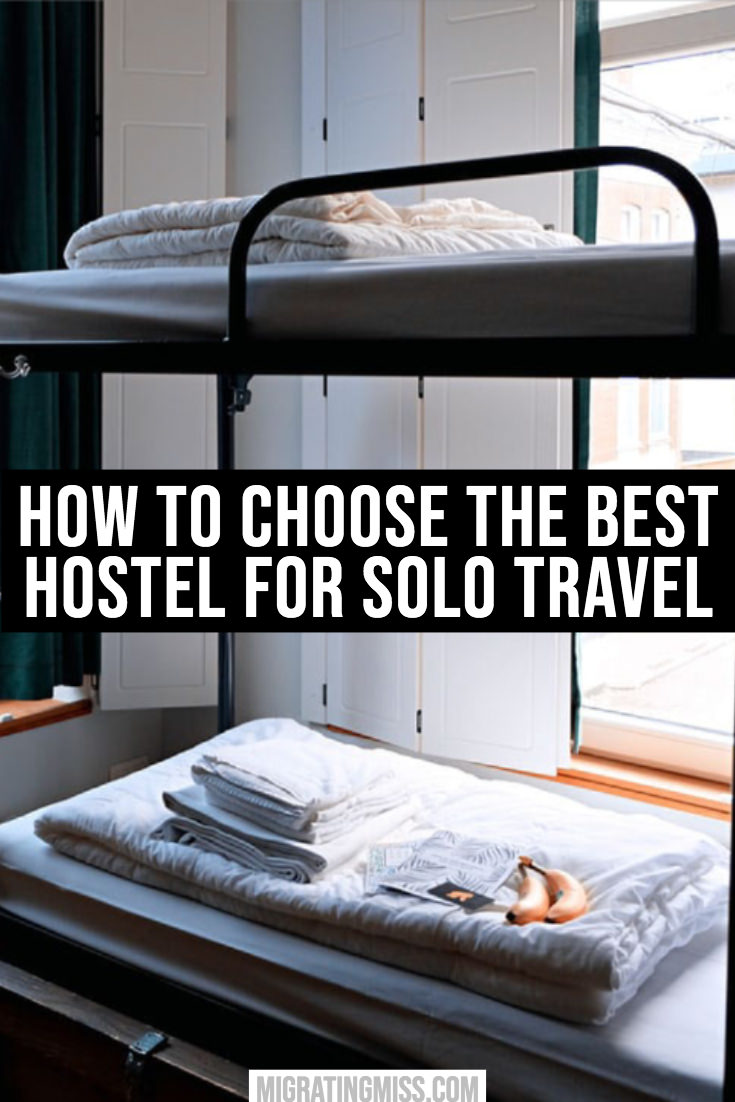