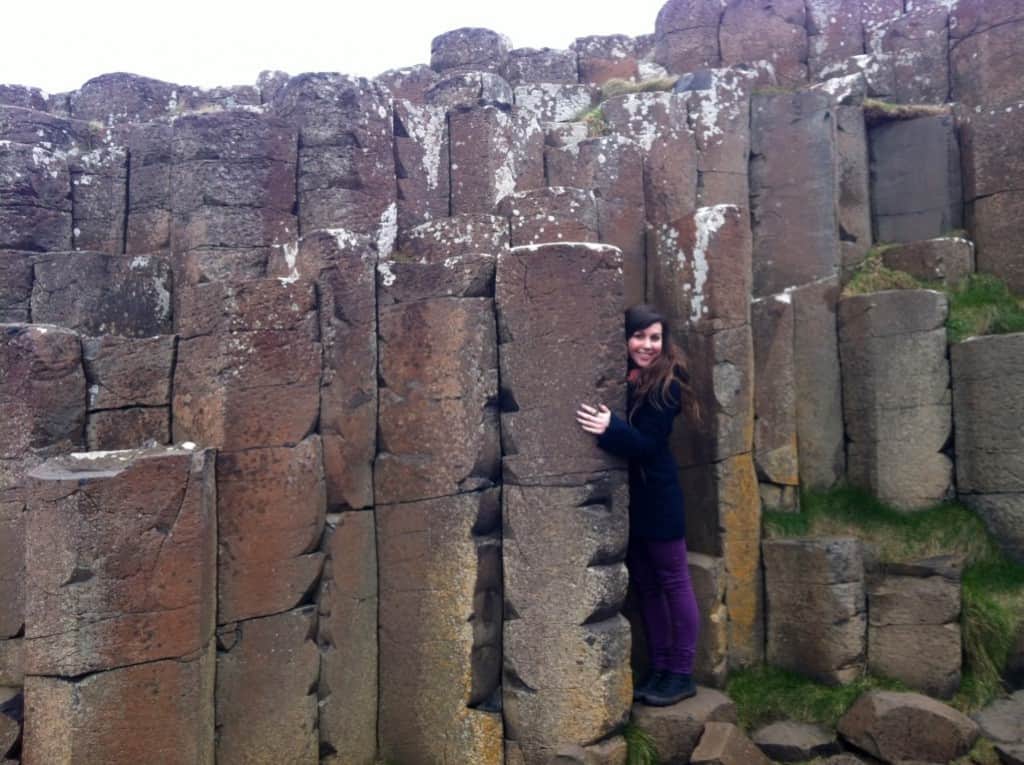 I despair just a bit when people ask if Northern Ireland is just the north of Ireland because that means there is a whole country they haven’t even considered travelling to. I feel like Northern Ireland can sometimes be overlooked for tourism in favour of neighbouring Ireland. Now, thanks in part to the publicity of Game of Thrones there are more people seeking out the filming locations and it’s becoming much more popular.

Northern Ireland might have a troubled past that saw some people afraid to go at times, but now we have the opportunity to learn about this, and take advantage of all the great things to see both in and out of Belfast and it makes a perfect weekend escape. Can you see all of the best things to do in Northern Ireland in one weekend? Of course not, but you can leave having seen at least the top things Northern Ireland and Belfast have to offer.

When I lived in Edinburgh for two years and constantly searched Skyscanner for cheap flights, Belfast was always at the top with flights usually £20 or less. I finally had a weekend away in Northern Ireland with a group of friends and we aimed to see all of the top things to do in our two days in Northern Ireland. The ideal weekend itinerary for Northern Ireland was spending one day in Belfast and one day outside of it, taking Northern Ireland’s best sights like Giants Causeway.

Top things to see in Belfast

The Black Cab Taxi Tour in Belfast is one of the best tours I have ever done while travelling, and I’ve done a lot of tours. I would rate this as the best thing to do in Belfast, and anyone that speaks to me about Northern Ireland can expect to hear a lot about it!

We went with Paddy Campbell’s Black Cab Tours and I can highly recommend our guide Tom and the Political Tour. We only organised the Black Cab tour the morning of and we were able to get the time we wanted and a person straight away. I’d recommend calling early to if you are particular though! I’ll admit to not knowing too much about the history of Northern Ireland, and this was a great way to find out.

Our Belfast Black Cab Tour driver Tom told us about the Troubles, a conflict that was both political and religious in nature, and he was kind enough to share both his personal story and that of many others. He answered any questions we had and there were a lot!

On Paddy Campbell’s Black Cab Political tour we went to Catholic and Protestant neighbourhoods that have been involved in conflicts, memorials to those who have died during the troubles, and to the Peaceline, a wall dividing neighbourhoods that is longer in total than the Berlin Wall ever was. There are still gates in this wall that are locked at night and on the weekends, and the houses backing onto the wall have cages on their backyards to protect from anything being thrown over. 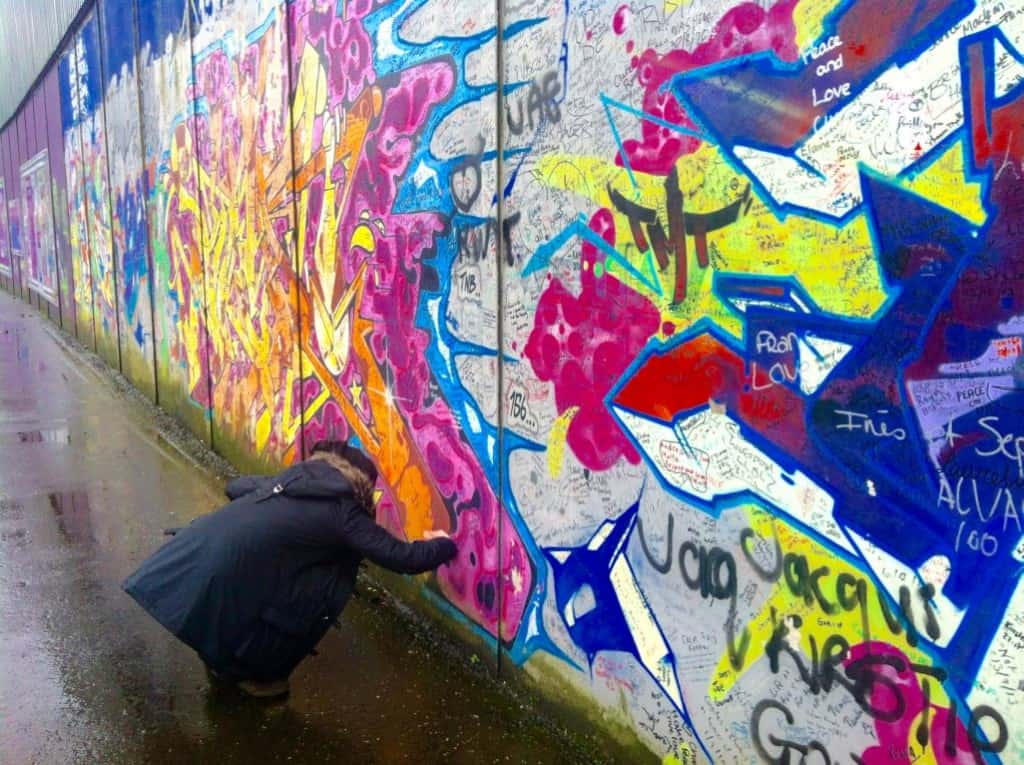 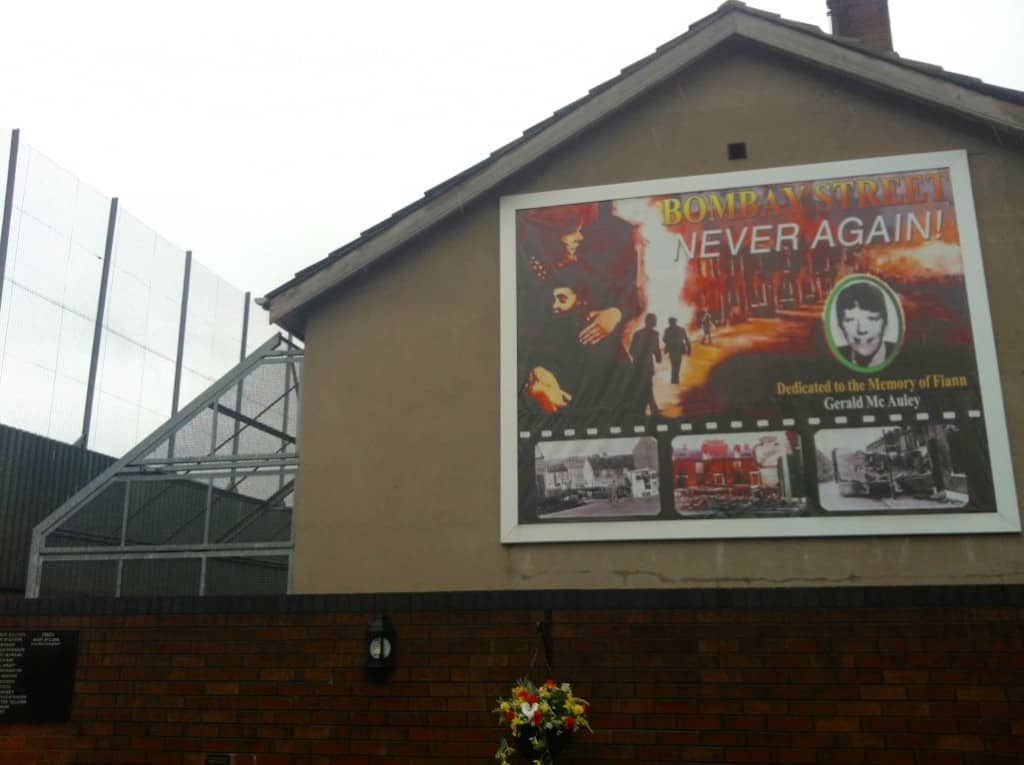 The Titanic might have officially set sail from Southhampton in the UK but it was built in Belfast. I’ve been to the Titanic Experience in Las Vegas but this one was completely different. There are no recovered artifacts from the Titanic for ethical reasons so the exhibition focuses on the building of Titanic, the time period and original White Star Line artifacts. There is a dark ride and recreated rooms and cabins. The experience starts with the building itself, which is made to look similar to a ship and is located only 100 metres from where the Titanic was built.

The Titanic Belfast has various opening hours depending on the season and costs £17 for an adult.

Top things to see in Northern Ireland outside of Belfast

The most famous thing to see in Northern Ireland outside of Belfast is probably Giant’s Causeway. It’s the site of an ancient volcanic eruption which caused the land to rise and form columns all over this area. The more exciting story is the legend that an Irish giant built the causeway so that he and a Scottish giant could have a fight. Of course, because it’s an Irish legend the Irish giant won! The landscape just across in Scotland has the same basalt columns like the ones found here, most likely part of the same lava flow.

You can visit Giants Causeway for free at any time from dawn to dusk, but the Visitors Centre is £9 for adults. 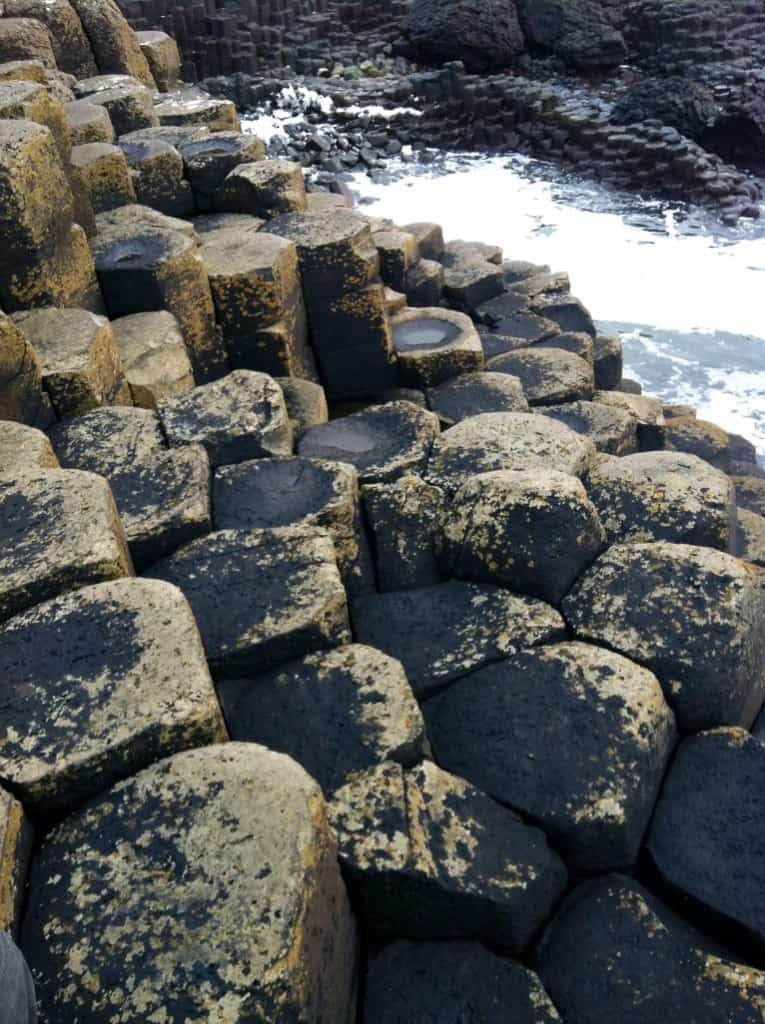 Made famous by appearing early on in Season Two of Game of Thrones, this little lane with towering trees is now a hot spot to visit in Northern Ireland. The narrow road with huge beech trees either side was planted by the Stuarts as a leadup to their house, but it is now a public road.

Even if you don’t like or have never seen Game of Thrones, it’s a great little spot to stop by as it gets you off the main highway into the countryside, and I think it’s pretty cool all by itself. 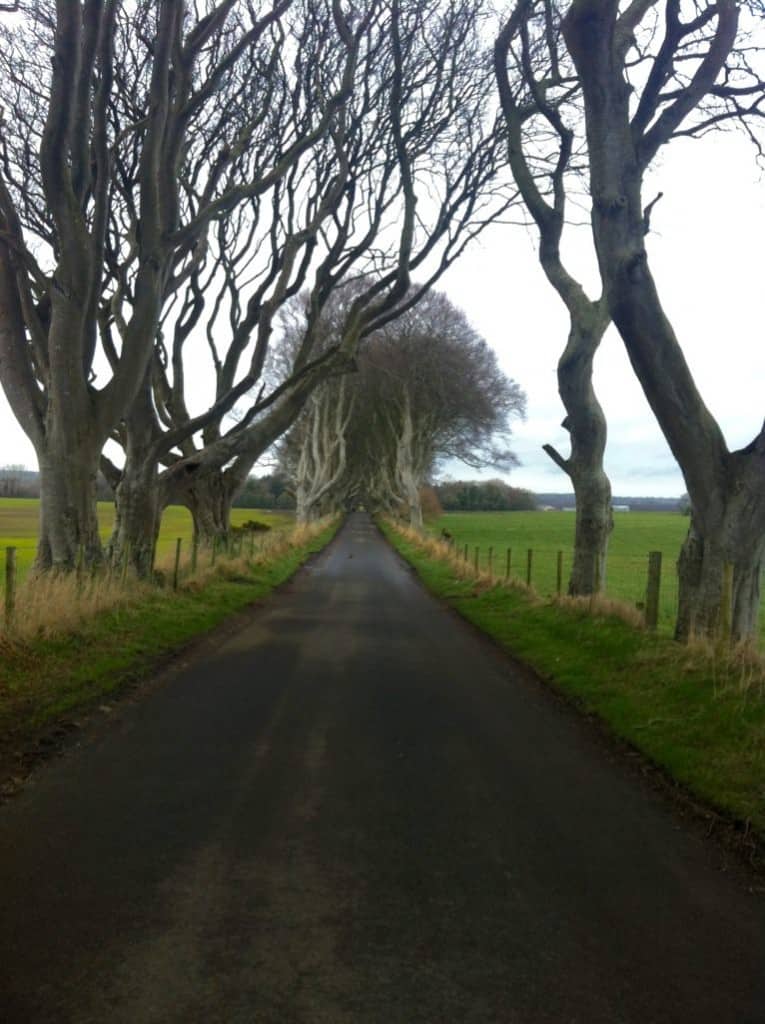 That’s Old Bushmills whiskey with an ‘e’. All the of whiskey under this brand is bottled here using water from nearby. I’m not a huge whiskey lover but trying some of my friends convinced me I have expensive taste since I preferred the most aged, and therefore most expensive!

You can take a tour for £7.50 or just eat there as we did and sample the whiskey from the bar if you like.

If you follow the inland road up to Giants Causeway you can come back via the coast and stop at Dunluce Castle, a medieval castle on an outcropping near the sea. It’s only £5 to enter including the audio guide. It wasn’t open when we passed through so we just looked around what we could of the area, including down the side of Dunluce Castle towards the sea. This is free so worth a stop anyway! 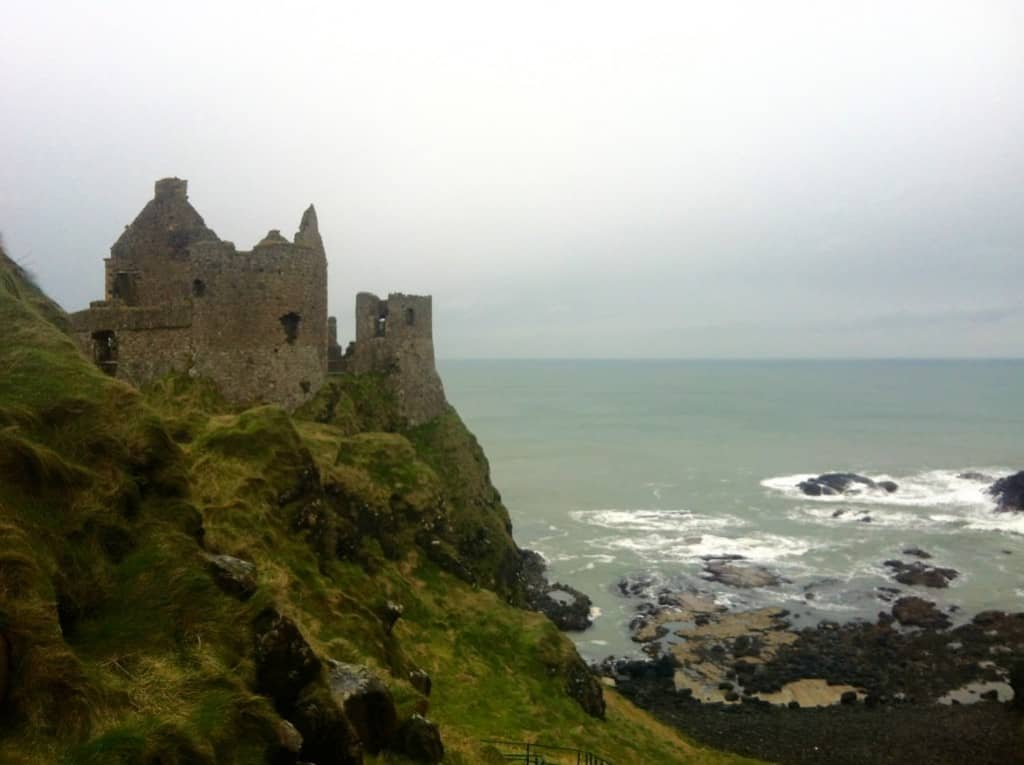 Another stop on the way back to Belfast, this famous bridge links the mainland to a little island that’s been used for fishing for over 350 years. Even though the bridge at 20 metres long and 20 metres high is fairly scary, it’s nothing compared to the one, or no rail bridges fisherman used to use. Apparently, some people have had to be taken by boat off the island though, after they refused to go back across the bridge!

Carrick-a-Rede Rope Bridge’s opening hours are 9.30-6pm with the last crossing 45 minutes before closing and the cost is £5.90 for adults. You have to pay to even walk close to the bridge, but the views are worth it. 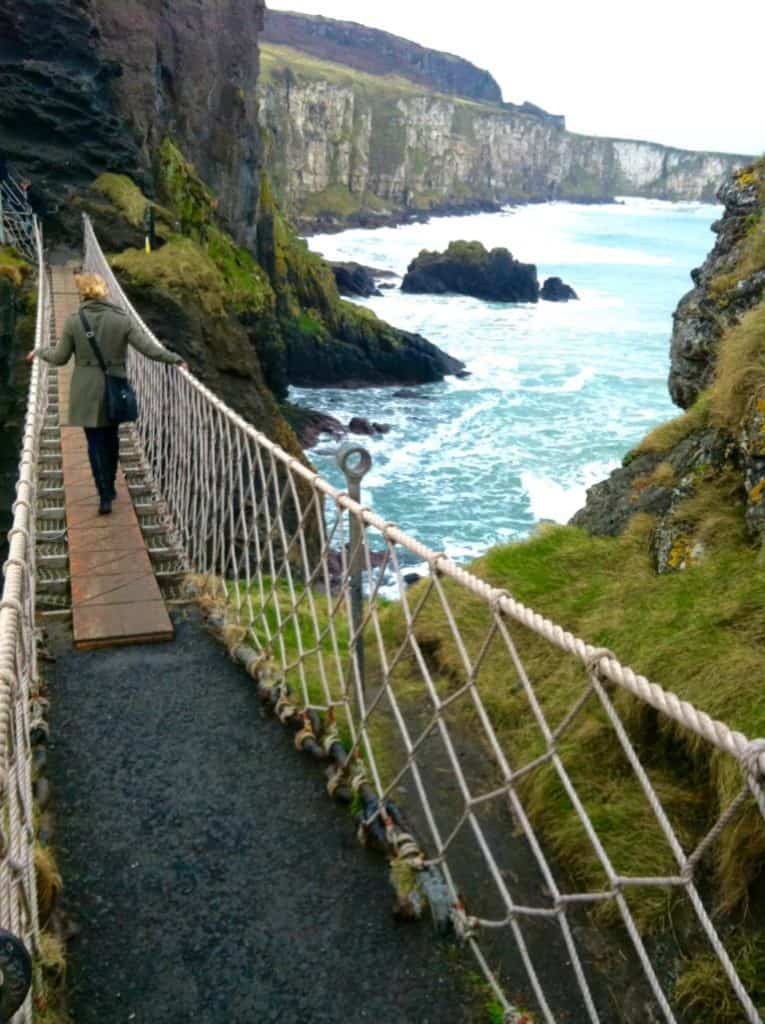 How to get to Northern Ireland

Belfast has two airports, Belfast International and Belfast City, which can be a little confusing. I recommend flying into Belfast City if you intend to stay in Belfast because it’s closer and has easier transport links. Flights from the UK are relatively cheap most of the time as well as from certain airports in Europe, so pick a weekend and go!

Hiring a car in Northern Ireland

If you want to see anything outside of Belfast then the best way is to hire a car. Hiring a car in Northern Ireland is relatively inexpensive, especially if you only need it for one day to explore the top things to do. We hired a car from Belfast City Airport since it’s easy to get to they had the best opening times for car hire.

If you’re on your own or not confident in driving then there are a lot of tour options, but then, of course, you’re limited to where they take you. If you hire a car you can stop anywhere you please for as long as you like, and go to places the tours won’t take you. 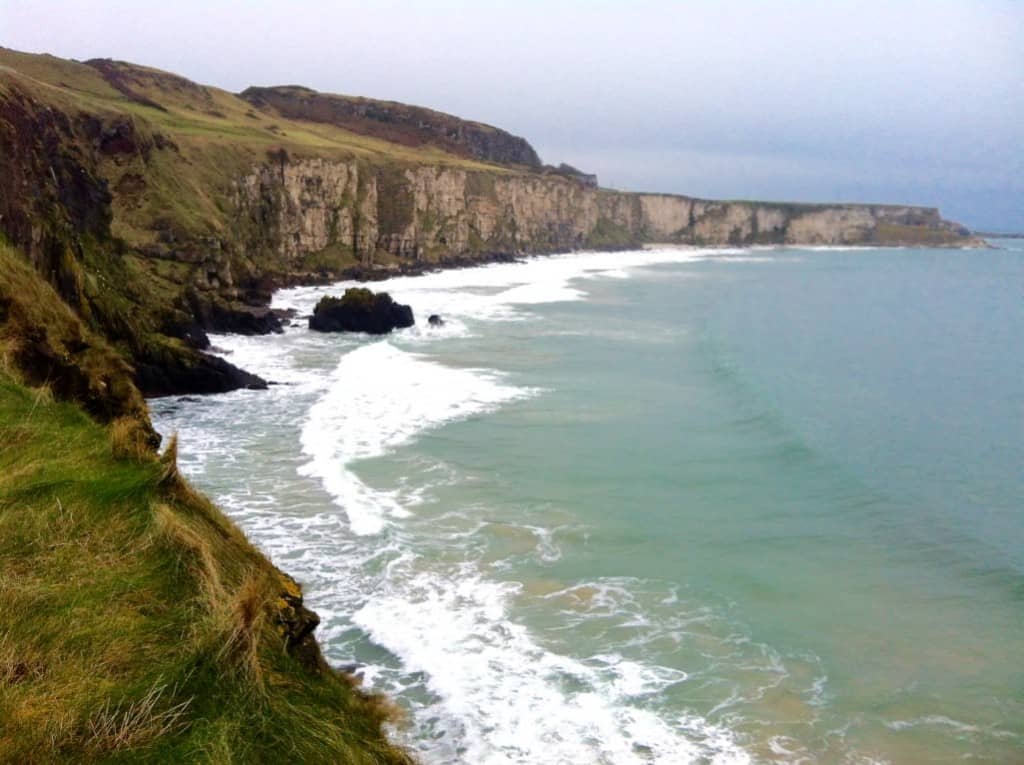 Where to stay in Belfast

I usually stay in hostels because of my budget and the opportunity to meet other travellers. Travelling in a group and only staying for one night meant I wasn’t so concerned about the latter, but we stayed in a hostel because we could have a room all to ourselves. Belfast has a lot of hostel options, but check out the reviews first of course!

A guesthouse or B&B would be a great option for a couple and there are plenty to choose from here. Airbnb hasn’t exploded in Belfast like it has in other places, but there are some options for couples or smaller groups. Unfortunately, we couldn’t find anything for a big group that was central and cost-effective.

So if you’re visiting Ireland, please don’t overlook this country to the north! Or better yet, make it the focus of a trip all on it’s on. You can see the top things in Northern Ireland in one weekend, but there’s even more to see if you can spare the time.

Have you visited Northern Ireland? Do you think it’s overlooked? 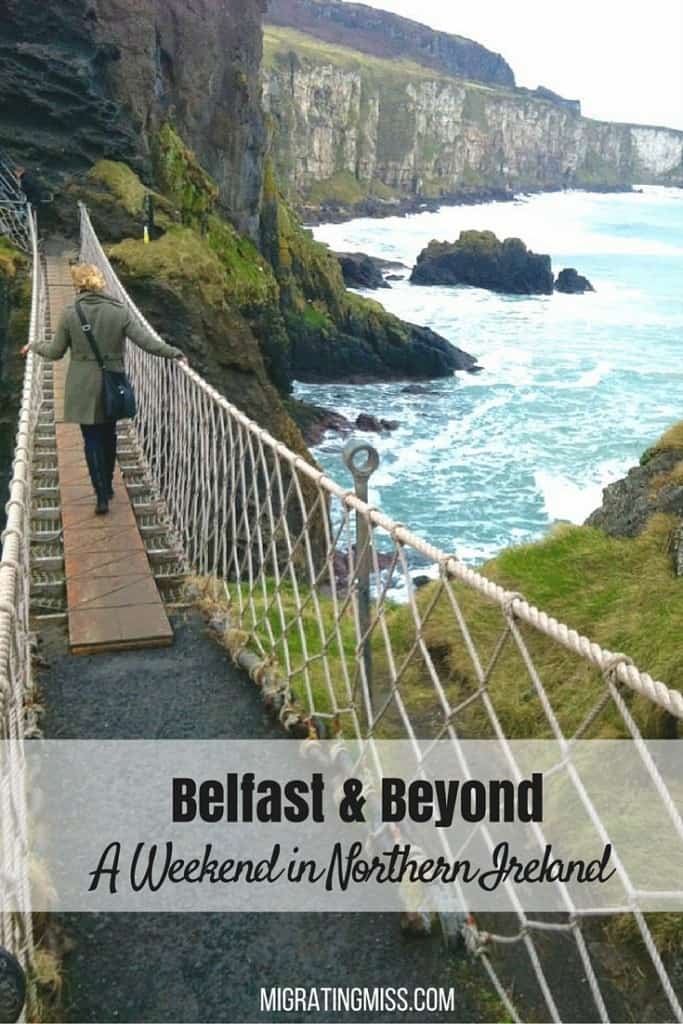 17 thoughts on “Belfast and Beyond: A Weekend in Northern Ireland”