This expat couple took the chance of a lifetime to move to Germany with the US army. They ended up living on a military installation in Bavaria and enjoying everything that Germany and living in Europe has to offer expats. Read more about their story below!

Hi there! We’re Holly and Tyler Hambrick, of Hanging Out with the Hambricks. We’re both California natives – I’m from the Bay Area and he’s from the Central Valley – who enjoy any form of adventure, especially if we can bring our pup, Autumn, along! Right now we’re living in Vilseck, Germany on a military installation. When we’re not traipsing around Europe, I’m a full-time psychology student and Tyler is a Cavalry Scout in the US Army. We had always dreamed of traveling, and our move to Germany has made that a reality!

What made you decide to move to Bavaria?

Simple answer: the army! Tyler had reenlisted for another three years in 2014, extending his contract until the end of 2018. Since this was his second contract, he was given three choices of where we could be stationed: Alaska, Hawaii, or Germany. Can you guess which one we chose?!

We talked it over and quickly came to the decision of moving overseas because this is a once in a lifetime opportunity. Tickets to Europe from the States are expensive, especially when you live on the west coast so we couldn’t pass this up. Plus it’s easier and cheaper to visit European countries if we’re already here! 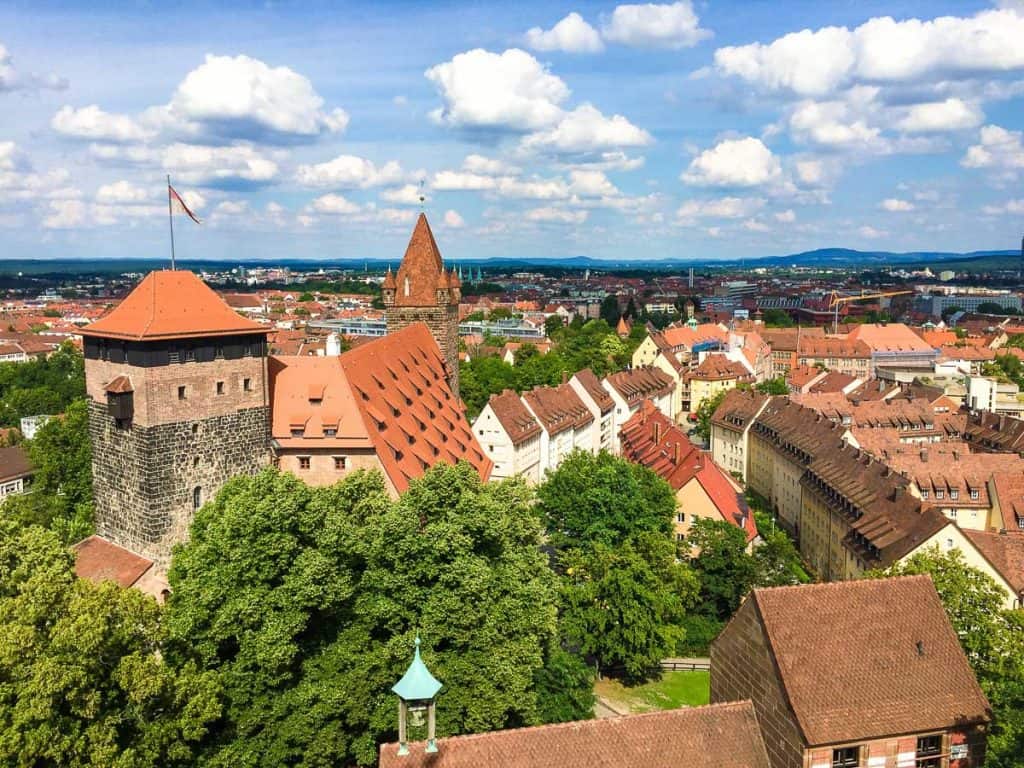 One of the pros of living on a military installation in government housing means everything is paid for! The army covers the cost of rent, water, electricity, and trash, so all we have to worry about are extras such as car insurance, cell phone service, internet service, etc. We also receive what is called cost of living allowance (COLA) on top of Tyler’s base pay. COLA is paid out to help off-set the exchange rate between euros and dollars, but since it fluctuates it can mean some paychecks are better than others.

Germany is a country that can seem cheap, but also expensive. I know, confusing, right? The euro is worth more than the dollar so it’s easy to forget that once we purchase something it shows up as more in our bank account. With that being said, we do most of our grocery shopping off post because it ends up cheaper than if we used the commissary – the military grocery store. Most of the food at the commissary is imported from the States so we end up paying way more than if we bought the same food outside; not to mention, German food is a lot healthier. To put it into perspective, you can easily find a beer for 1 euro and a loaf of bread is around 1.50 euro. Tyler and I have both become winos since moving here because why wouldn’t you buy all the wine at 1.20 euro a piece?!

Before we moved, I had researched the cost of gas in Germany and was worried about the prices. In the States, we charge by the gallon but in Europe, it is by the liter so prices can be deceiving. A gallon of gas in Germany can be close to $7, costing us almost $80 or more to fill up. YIKES! However, on the post, we have our own “American” gas station which charges by the gallon at the national average for America – usually around $2.75 a gallon. But we don’t have to worry about constantly filling up our tanks because Germany and all of Europe are very pro-trains. Almost every city has a train station so it’s easy to get around the country via the rail. 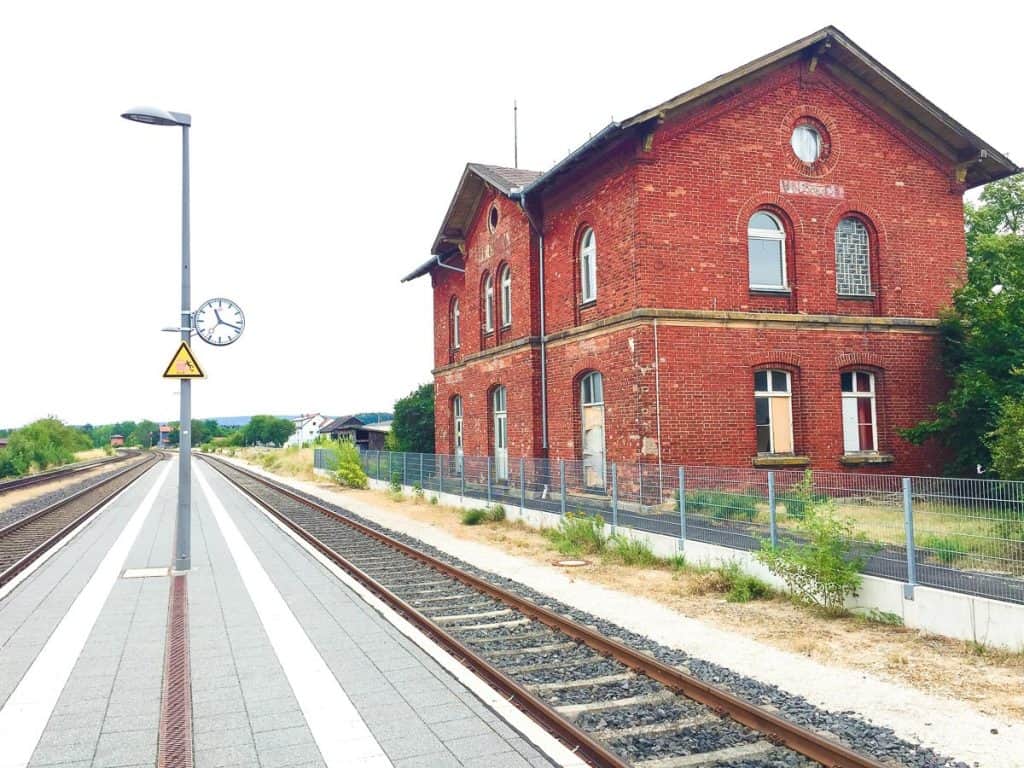 Honestly, it’s pretty hard finding a job out here. Since we’re an American base, there are different regulations to keep the base operating and one of those regulations is a certain number of local nationals must hold positions on post. Add in all the other spouses looking for work and it’s near impossible to find a job. I’m making moves to monetize our blog, but currently, I dog sit and make hand-painted signs to bring in some extra spending cash.

Do you need a visa to live in Germany?

Since I’m married to a US soldier, I require a SOFA stamp in my passport. SOFA stands for Status of Forces Agreement, which essentially tells Germany that I am married to someone in the Armed Forces who is here on orders. It allows me to live in Germany for the entire three years rather than getting the boot after 90 days on a tourist visa.

Vilseck doesn’t really have a social scene. We’re essentially in the country; lots of farmland, cows, trees, and rolling hills. However, we are only a 45-minute drive away from Nuremberg which is a big city that constantly has markets and different events going on. When people here want to go out, it’s usually to Nuremberg.

It’s easy to make friends as this is a pretty tight-knit community. There are several “Army Wives” Facebook pages for the local area, so you can find and add other spouses who are also stationed here. Since we’re all basically going through the same things – homesickness, deployments, unemployment – it’s nice to have someone who can relate so I think that’s why it’s fairly easy to make friends. 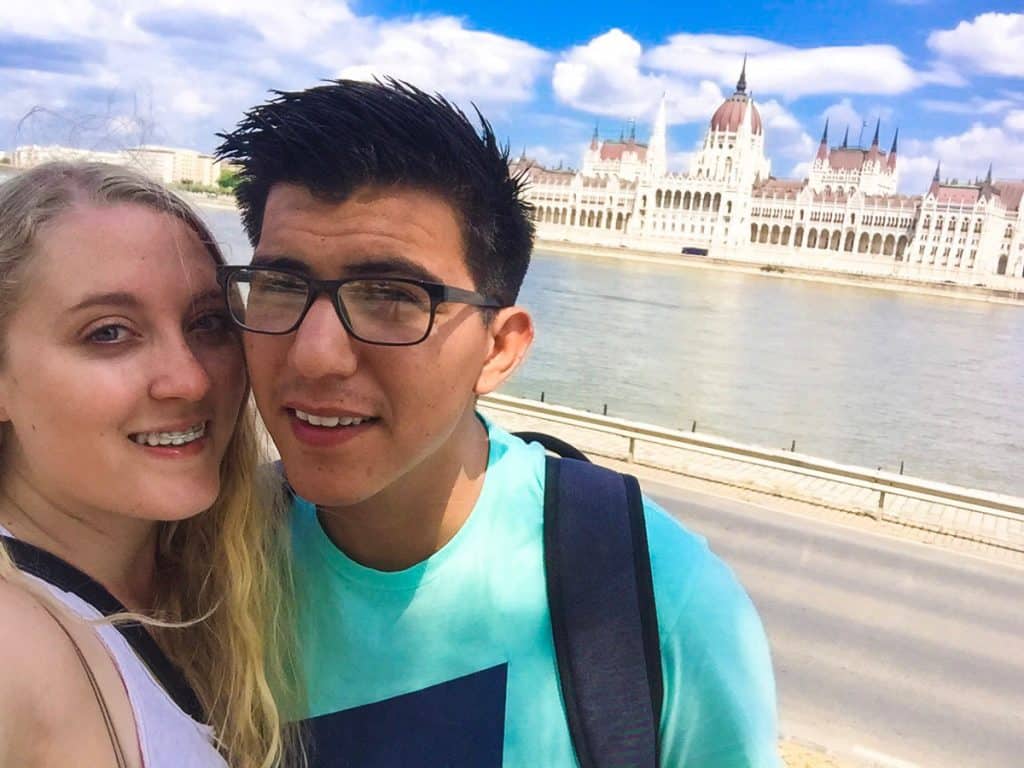 What’s the best thing about living in Bavaria?

The beer! Ha, just kidding…. but not really. Being serious, I think the freshness and greenness of Bavaria is just amazing. After living in California which has basically been in a drought since forever, the lush, rolling hills and vibrancy of nature is just breathtaking. There are so many walking trails around Germany, that it’s easy to put a leash on Autumn and head out just to enjoy the views.

What’s the hardest thing about living in Germany?

The language barrier is definitely tough. You find that most people around the base and in major cities can speak English, but in smaller cities, it’s hard to communicate when they only speak German and you only speak English. Another big one for us is being homesick. Since our family lives in California, we’re nine hours ahead of everyone leaving us with only a few short hours of being able to call or FaceTime. 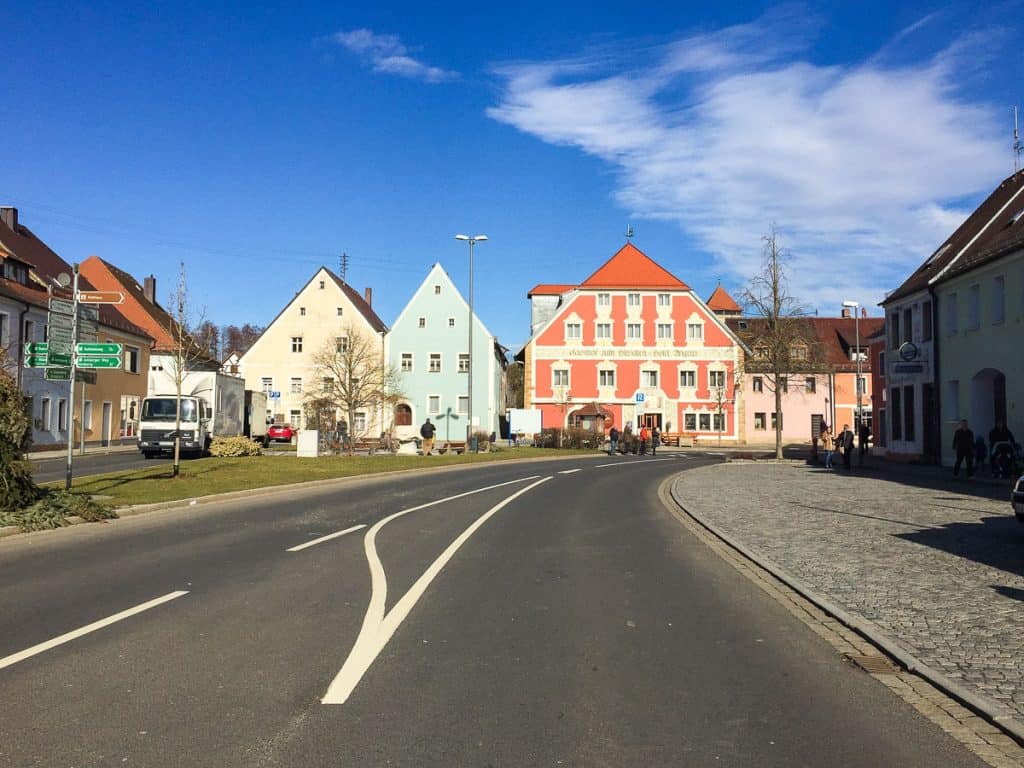 SO DIFFERENT. The architecture and structures of buildings are crazy different from the States. It took us a good 10 minutes when we first moved here to figure out how the windows even opened!

The culture is way different from back home, too. Germans value family time, so on Saturdays, they close shops early and keep them closed all day Sunday. As someone who has frequented a 24 hour Wal-Mart, this was shocking to me. It took some getting used to but it’s still a struggle when we run out of milk and have to wait till Monday to eat our cereal. We just really miss the convenience of America; I think we have been spoiled by our country.

If we had just one day in Vilseck what should we not miss?

Since Vilseck is a small town, all of it could be easily seen in a day. I’d suggest visiting Burg Dagstein, the medieval castle, in downtown Vilseck and then spend the day walking around the town! There are so many amazing restaurants that serve authentic German food in town that you could walk in any one of them and be pleased. My favorite is Gasthof Hammer which serves a fried schnitzel with a fried egg on top. Heavenly. 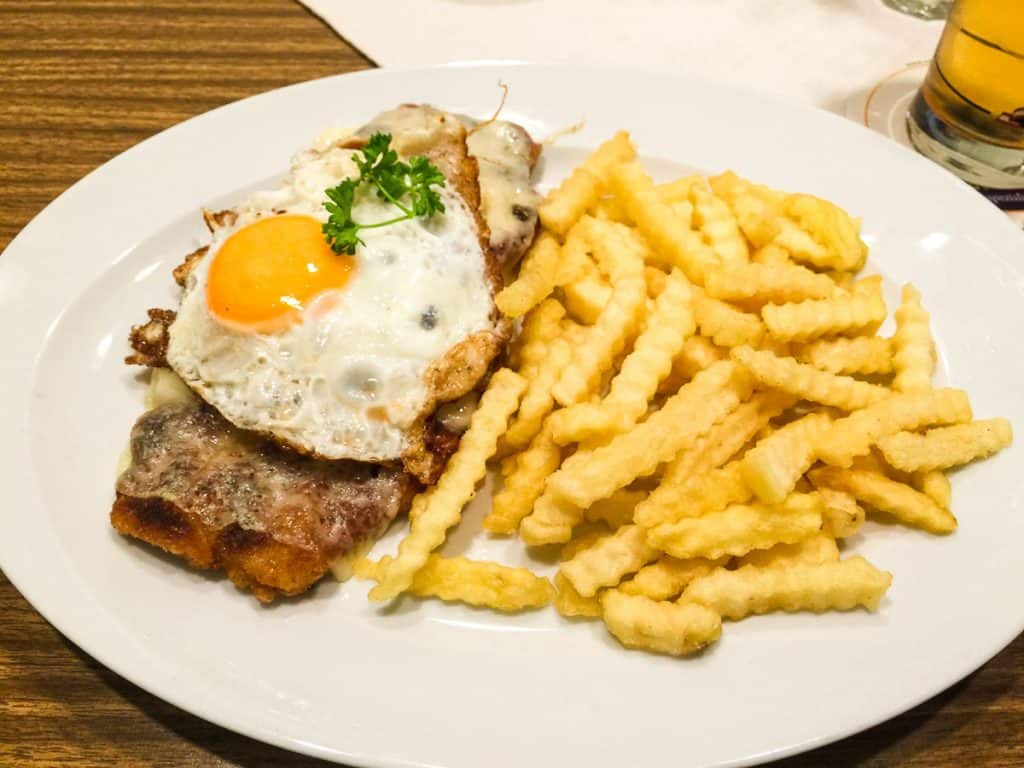 Right when you drive into town, there is an old church next to a walking trail. If you follow that trail, you walk alongside a small creek and eventually end up around the outside of the castle. It’s a beautiful trail to walk with your dog in the spring.

If you could give one piece of advice to people looking to move to Germany what would it be?

Learn German! You will have a much easier time here and the locals appreciate you learning their language. We’ve picked up a few words here and there so we can almost always scrape by, but you’d be saving yourself a lot of time and headaches if you can speak to and understand the locals.