The next installment of the Expat Interview Series! I’ve reached out to expats in different countries to hear why people might choose to move abroad, and how they do it. If you want to know more about moving to a particular country this is the place. If you’re interested in taking part or want to see a certain place featured let me know!

Hello! I’m Laura, the writer and creator behind Willful and Wildhearted. I was born and raised in Pittsburgh, Pennsylvania until the age of 18; I moved to Chicago, Illinois to attend college and ended up staying there for nearly seven years. I am a big fan of spicy food, oolong tea, and my hometown’s sports teams. I’m currently living and working in Ho Chi Minh City, Vietnam and feel pretty lucky to be able to say that. 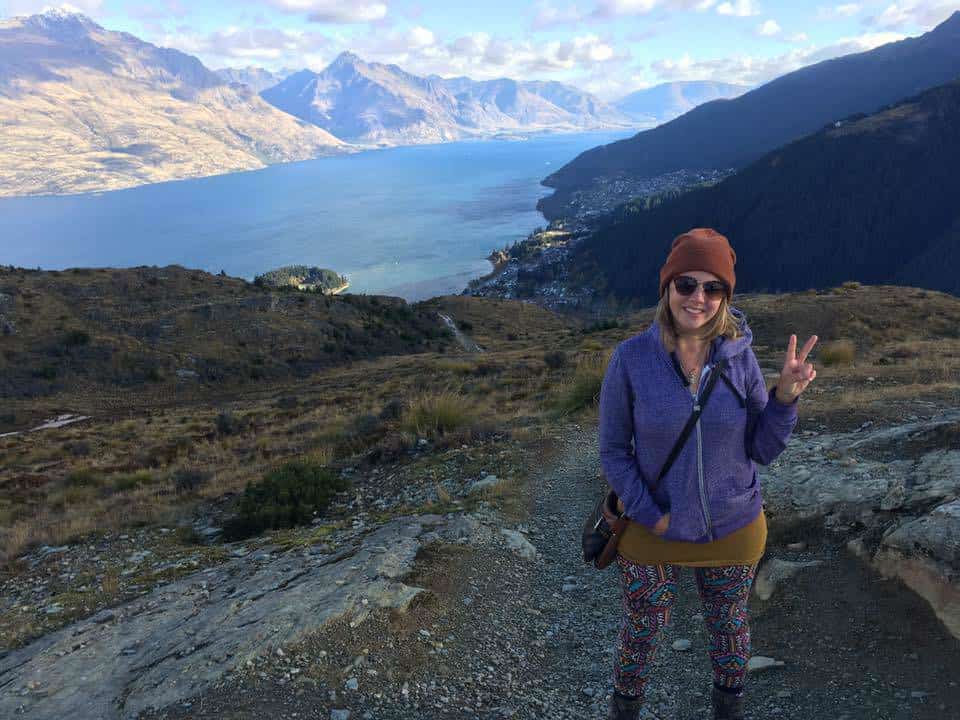 What made you decide to move to Ho Chi Minh City?

After a continuous series of unfortunate events, I moved to Seoul, Korea in 2013. I planned on staying for one year! Life threw a few more curveballs, but in the midst of it all I fell in love with a lovely British guy and ended up staying there through 2016.

After completing our contracts, the both of us traveled throughout Southeast Asia for nearly five months – an entire month of that was spent in Vietnam. We sort of became infatuated with Vietnam while we visited and teetered with the idea of moving there someday. After the trip, we relocated to Auckland, New Zealand for about nine months and ultimately made the choice to move back to Asia. We’d initially planned on either Taipei, Taiwan or Hanoi, Vietnam, but unexpectedly decided upon Ho Chi Minh City as it’s pretty modern and not as traditional as the northern capital. I’m incredibly happy with our decision so far! 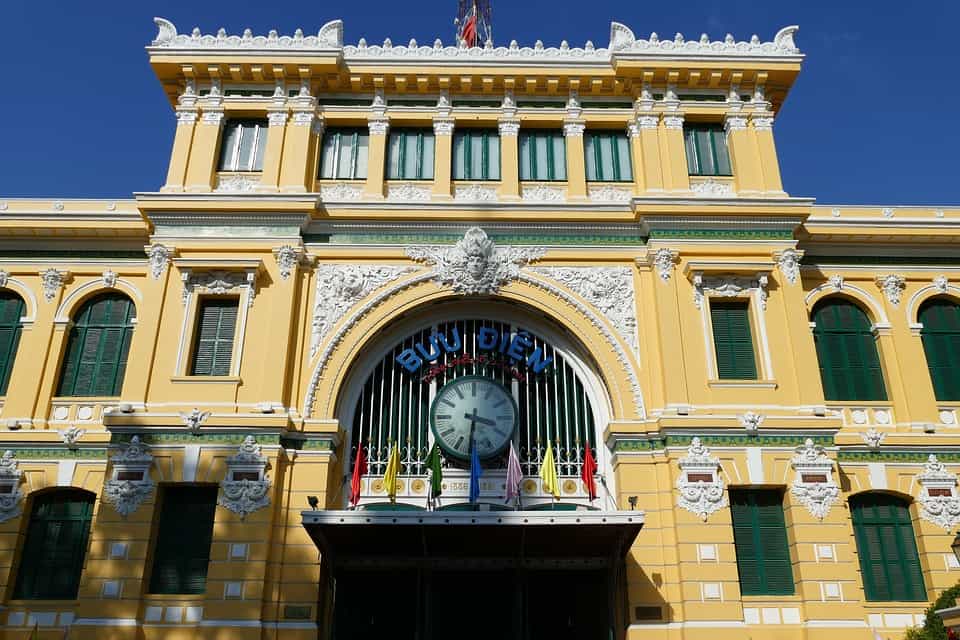 The cost of living in Ho Chi Minh City for expats is beyond reasonable, although it is what you make it.

For instance, James and I pay $175 USD each per month to live in a large shared house; this includes our own floor, a massive walk-in closet, a Western-style bathroom and shower, a cleaning lady twice a week and a balcony. We’re tucked away in a quiet alley in the heart of the city, so it’s a pretty sweet living situation.

My gym membership costs about $20 USD per month, but it’s not the fanciest spot in town. It comes with plenty of equipment, air conditioning and is down the road from my job, so it works for me!

On the other hand, I have some friends who live in more upscale apartment buildings, and they’re paying about $400 to $500 USD per month. Their apartment complexes include gyms, swimming pools, and modernity, but they’re located a bit out of town. There are apartments that are triple (and more) these prices per month. It’s all about what sort of money you’re looking to spend and what types of amenities you’re seeking.

The street food in HCMC is extremely cheap. A sweet woman in my neighborhood sells a sizable meal of noodles, tofu and other random vegetables for about $0.50 USD. A bahn mi sandwich or piping hot bowl of pho usually costs anywhere from $1 to $3 USD.

With that said, this city has some of the best foreign food in any Asian country I’ve ever visited. The restaurant scene in HCMC is absolutely insane; the people here know how to make a good meal, and skilled within the realm of a number of cuisines. James and I carry on the tradition that we created in Korea and have weekly Indian curries at a local spot here in town called Baba’s Kitchen, and that usually runs us about $12 USD each. It can be much cheaper, though, as he and I order a lot of food. #ChubClub. I’ve also been known to spend $3.50 USD on a single slice of pizza because I just needed that taste of home. It’s all relative! 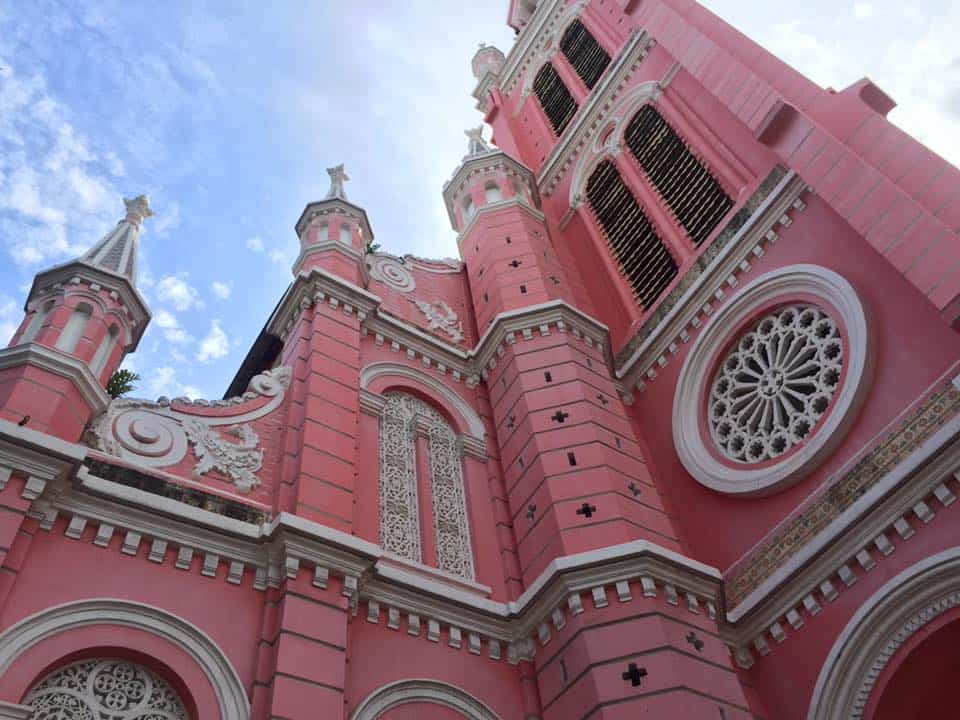 It was extremely easy to find a job as an ESL teacher here. However, I’m Caucasian, an American passport holder, have a Bachelor’s degree and acquired a TEFL certification. I’m not sure about the hiring process for non-native English speakers. There are plenty of websites and Facebook groups that cater to ESL jobs which streamline the job hunt process, although it can feel daunting as there are lots of non-reputable companies, too.

There are quite a lot of expats living in the city who aren’t working within the ESL profession, although I’m not too sure about their experiences searching for their jobs. Two of my friends were relocated from their home country, so it all depends, I guess.

I’ve written a comprehensive guide on starting up the expat life in Ho Chi Minh City. It has everything from job hunting resources, apartment search info and other tips and tricks that I feel necessary for those starting off in this city – it’s a jungle out there!

Do you need a visa to live in Vietnam?

Absolutely. If you want to have an official work permit (aka work legally) in Vietnam, you will need to be sponsored by your employer. What I did was arrive on a three-month tourist visa and handed my necessary documents over to my school. I had to get my Bachelor’s degree and TEFL certification notarized at the U.S. Embassy and will be leaving the country in two weeks’ time to do a visa run to Singapore. Once I re-enter Vietnam, I’ll be on an official business visa, which will enable me to get my work permit.

There are plenty of people who do continuous visa runs and get paid under the table, but that’s not something I am interested in. Either way, the process has not been difficult at all.

There has not been one weekend where I haven’t found something to do. I’m quite fortunate, as I got a job working for a large company that has a fairly active social scene among fellow teachers. It’s hard not to have something to do when you have dozens of colleagues who are fun to chill with. Before I got this job, though, I did attend a few meet-ups and found a few friends through that. TL;DR, I haven’t found it too difficult to make friends.

The social scene here is a bit wild, though. It’s definitely a party city. 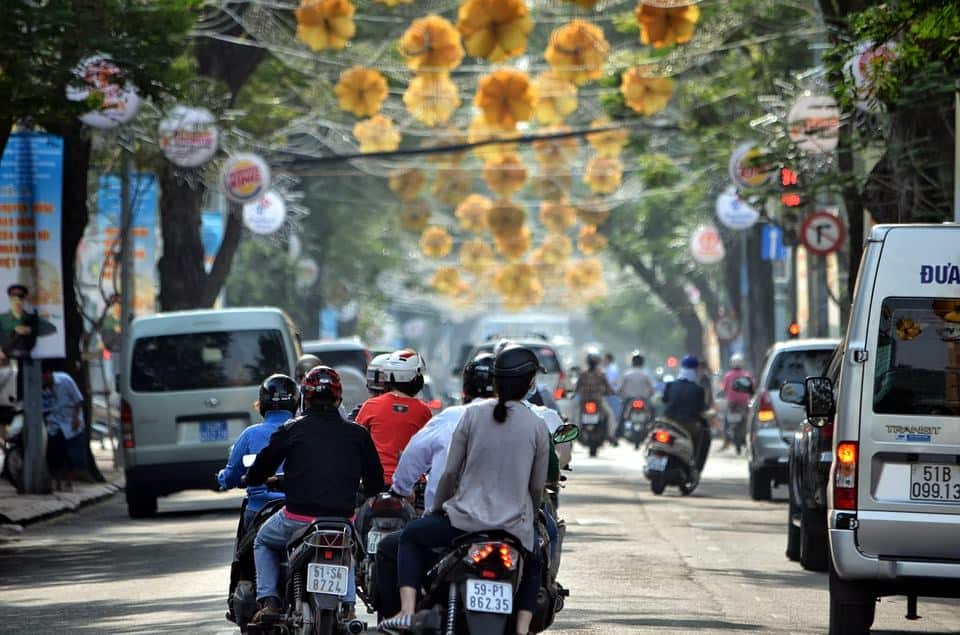 As I mentioned above, there is always something to do here. There’s always a new restaurant to try or an event to check out regardless of the time or day. In addition, I find it so invigorating to live in a culture that is completely different than anything else I’ve experienced. Vietnam, and Ho Chi Minh City, in particular, is just buzzing at all times. There’s a certain energy to this place, and it’s home to such modern living yet holds so much historical value. I’m obsessed.

It’s been somewhat difficult to adjust to the hectic atmosphere after living in New Zealand for such a long time. Despite the fact it was not unexpected – as in, we knew it would be like this – there are certainly days when I feel completely overwhelmed by it all. Another downside is the fact that there are so many backpackers constantly flowing through the city. Due to this, we get ripped off for prices from time to time as there’s no way for people to know that we live and work here on any given day.

The most significant downside is that nothing comes easy. I’m not talking about language barriers and cultural differences – that’s a given. I’m talking about the fact that it’s quite hard to just step outside, go to the store and get what you need. I once went out to run errands and had to stop at four – yes, FOUR – different shops just to get James some milk for his coffee. My issue? Most of the milk sold here is not refrigerated, and he’s not about that life. Luckily for me, I don’t drink milk, but you get the idea.

It can be frustrating! But the pros outweigh the cons, for sure.

The biggest difference between Auckland and Ho Chi Minh City is the air quality. The stark contrast is hard to explain, but the two are completely different in every sense.

Although New Zealand was uber peaceful, there were times when it felt quite isolating and almost too placid. New Zealand is beautiful, quiet and peaceful, yet expensive and sequestered away from lots of the world. Ho Chi Minh City is chaotic, frustrating and smoggy, yet charming, unique and invigorating.

If we had just one day in Ho Chi Minh City what should we not miss?

I don’t want to be too daunting, but one place I recommend without question is the War Remnants Museum. If I were you, I’d start from the top floor and make your way down. It flows a bit better that way. Please know that the Agent Orange exhibit is unreal; to think of the horror my country brought to Vietnam makes me sick to my stomach.

I’m not sure if I’m qualified to answer this just yet, but I’d say my favorite find thus far as been a small warehouse called Chung cư 14 Tôn Thất Đạm. While the building looks pretty rundown and a bit like a car park, there is so much more to it. From the street, walk toward where the motorbikes are parked and head toward the stairwell. There you will find a list of shops, cafes and vintage boutiques which can be found throughout the labyrinth-esque building. Cat lovers rejoice: there are a bunch of stray cats and their offspring running about from time to time. More importantly, this building is home to some of Saigon’s hippest spots, such as my personal favorites, Banksy Cafe and the modern-day speakeasy Snuffbox. 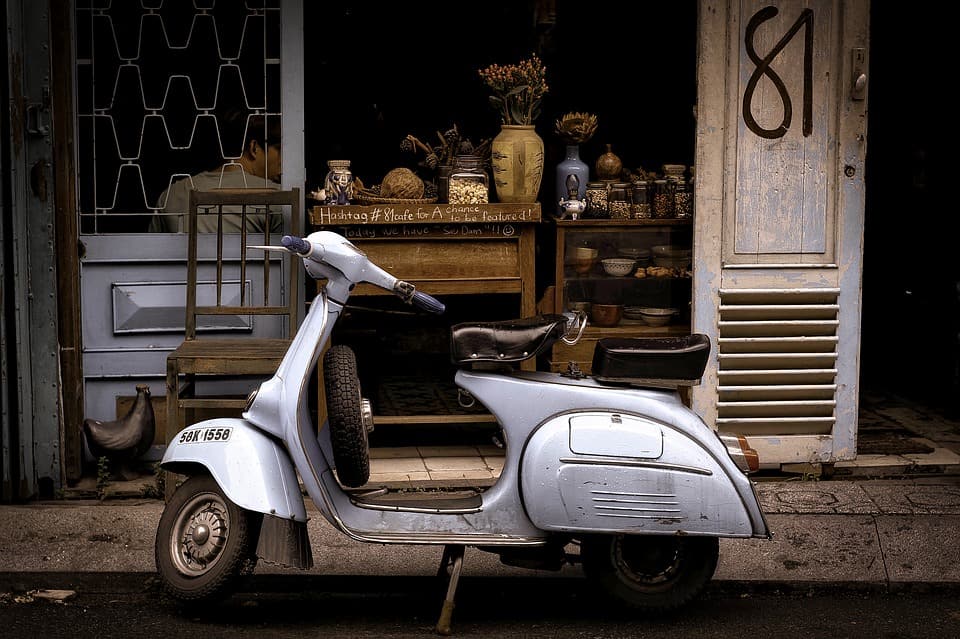 If you could give one piece of advice to people looking to live in Ho Chi Minh City what would it be?

I think my main piece of advice is to surrender to the flow. Don’t rely on your own expectations too much. Keep an open mind and heart and understand that things work a bit differently here. Enjoy it all – the good, the bad and the completely strange.