The following is a guest post written by Cat Lin, a Canada-based food and travel writer. She loves adventure travel and enjoys sampling the local cuisine while visiting foreign countries. You can follow her stories at For Two, Please.

Taipei might not be on your travel radar, but should be! As the capital of Taiwan, Taipei has an infectious energetic vibe and a fascinating mix of Chinese, Japanese and Western cultures. And then there’s the food! Known for its street food and night markets, Taipei is home to one of most exciting street food scenes in Asia – if not the world.

For first time visitors to Taipei, I have to warn you that Taipei is very addictive! Two days in Taipei are certainly not enough to explore the entire city, but it will give you a brief taste. If you want to sample what the city has to offer and plan a Taipei itinerary for in 2 days, below are my personal recommendations and insider tips! 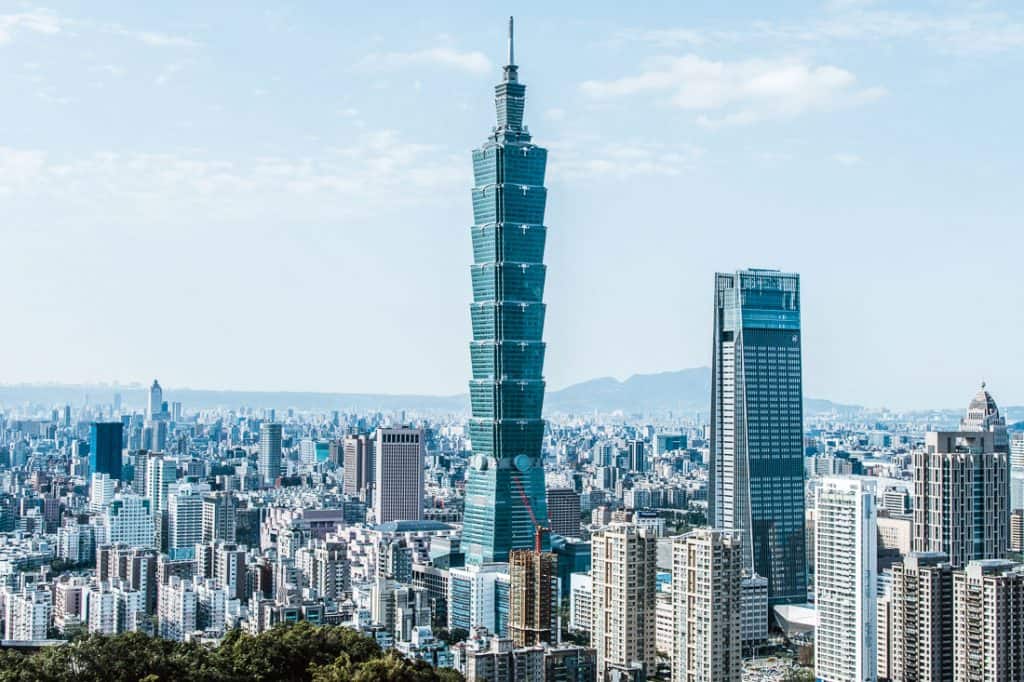 Start your day in Taipei with a morning breakfast at LoCo Food. This breakfast joint serves up mouthwatering pan-fried crispy egg rolls, a traditional Taiwanese breakfast staple, with many different filling options! Pair it with soybean milk and that will give you the energy to jumpstart your day!

Malls of interest and shopping

Head over to Huashan 1914 Creative Park. This early 20th-century brewery has been remodelled and converted into a cultural hub for exhibitions, performances, restaurants, and shops. Here, you can find boutique shops selling items designed by local artists. It also has many cute corners for photo-shoot! Pop-up markets are sometimes hosted on the weekends. 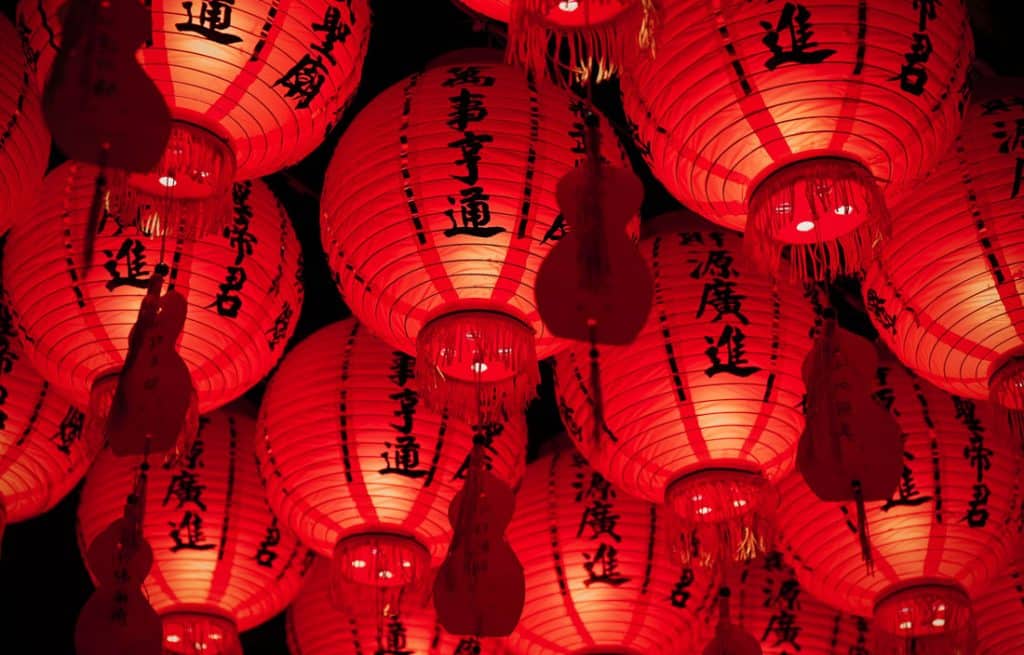 Nearby, there is Syntrend Creative Park – a 12-story mall that has anything and everything tech-related, from latest smartphones to gaming devices. Definitely a paradise for tech enthusiasts!

If that’s not up your alley, check out Taipei’s upscale shopping center – Xinyi District. Home to a dozen shopping malls such as ATT4fun, Shin Kong Mitsukoshi, Uni-UStyle, and Breeze Songgao, Xinyi District is a top shopping spot to visit during your trip to Taipei. Don’t forget to stop by the Elite Bookstore Xinyi Flagship Store. This 7-story bookstore is the largest in Taiwan and sells a variety of lifestyle products in addition to an expansive range of books. 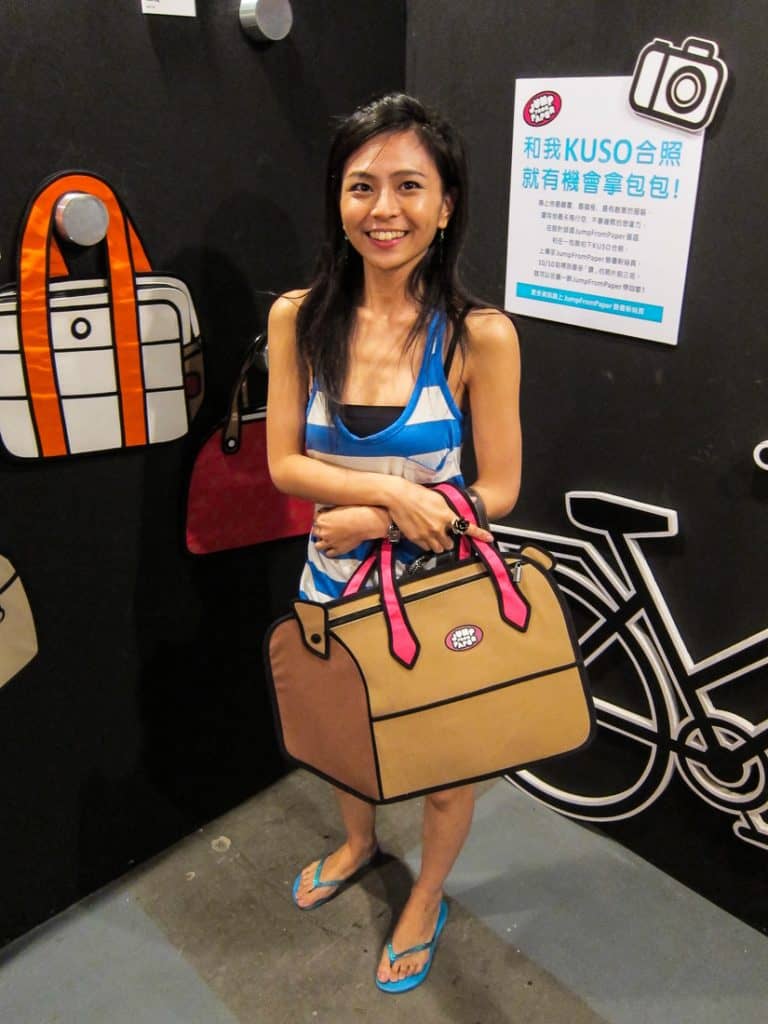 Taipei 101, one of the tallest buildings in the world, is located in the vicinity. Stop at the Observatory Deck on the 89th floor for spectacular city views. Afterward, have a coffee break at the highest Starbucks in the world (located on the 35th floor in the same building). You’ll need a reservation to get in though so make sure you ask your hotel concierge to book it for you in advance!

While you’re in Xinyi District, don’t miss out on Din Tai Fung, a famous restaurant known for serving xiao long bao (soup dumplings). Expect to wait in a long line, but the food is worth waiting for! 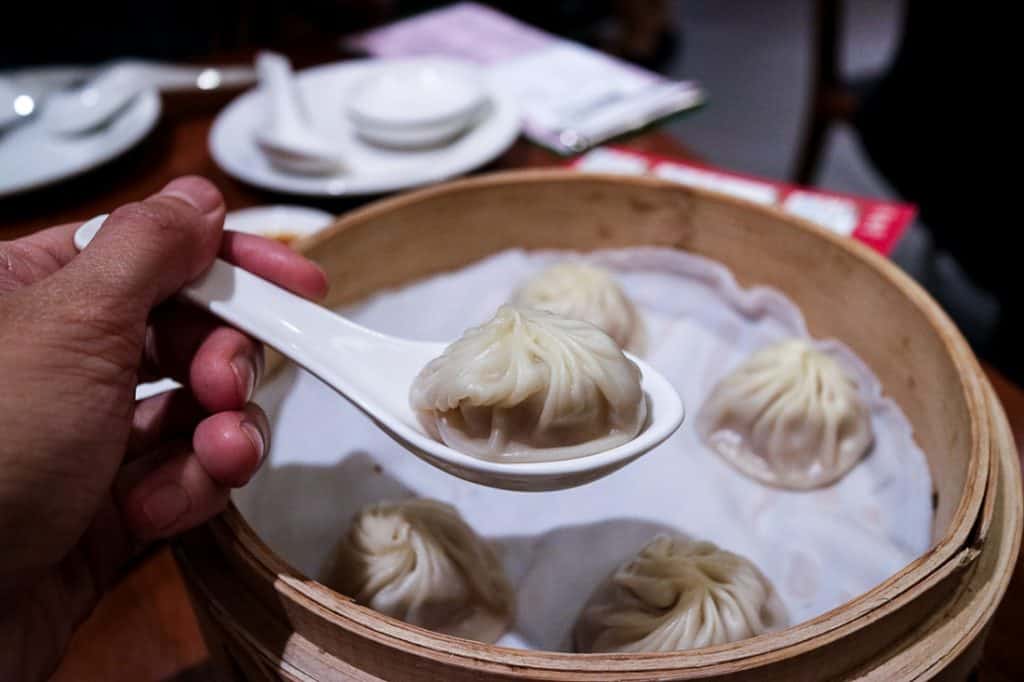 After dinner, take a hike to the top of the Elephant Mountain. A quick 20-minute hike will take you to the top where you can enjoy spectacular night views of Taipei City!

Spend the morning in Beitou, an area that is known for natural hot springs. You can take the MRT to XinBeiTou station, which will take you directly to the area. When you arrive, you will find a walking route to the different attractions Beitou has to offer.

I strongly recommended making a stop to Taipei Public Library (Beitou Branch). This library is Taiwan’s first green library and is made primarily of timber. Resembling a large treehouse, it blends in with the surrounding lush environment. Its unique design attracts many visitors and makes it a popular photo spot!

The Thermal Valley, nicknamed “Hell Valley,” is another must-see. It is a volcanic crater filled with boiling hot sulphuric water that has a temperature between 80 to 100 degrees Celsius! Although you can’t swim in it, it is still very scenic. You can actually see the smoke and mist rising up from the surface! 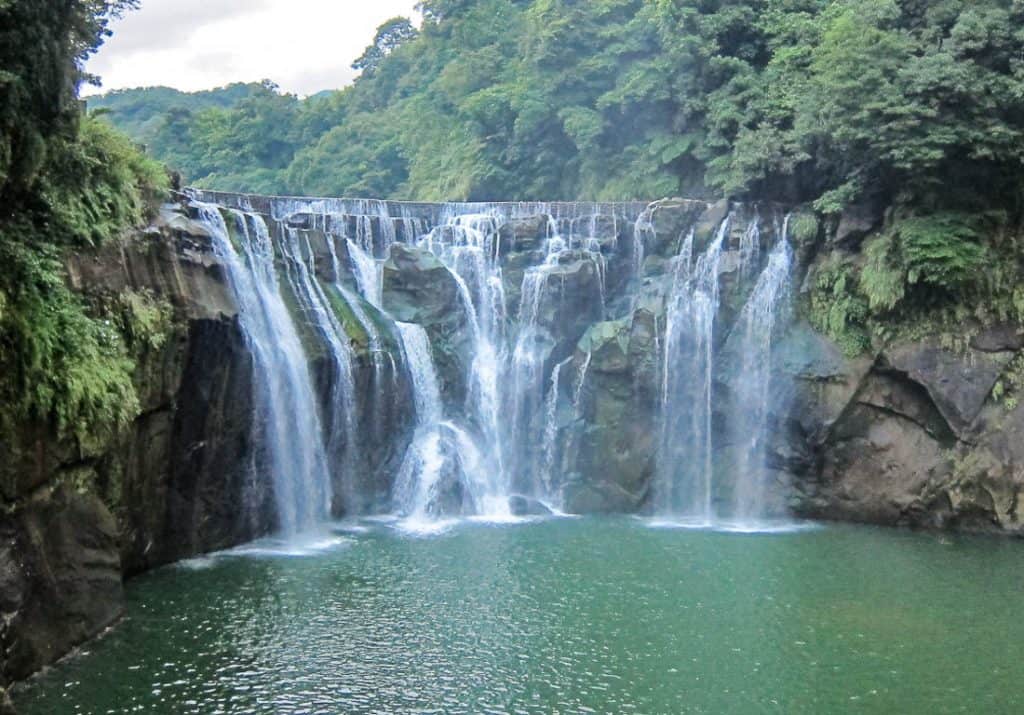 Of course, you cannot leave Beitou without soaking up in the hot springs! Millenium Hot Springs is an outdoor public bathhouse. For NT$40, you get admission to 5 pools of varying temperatures! It is an incredibly affordable option. Please note that because it is a public hot spring, you need to bring your swimsuits. Alternatively, you can visit the hot spring hotels nearby for privacy. Those are usually charged at an hourly fee and offer private hot spring bath in your en-suite bathroom. 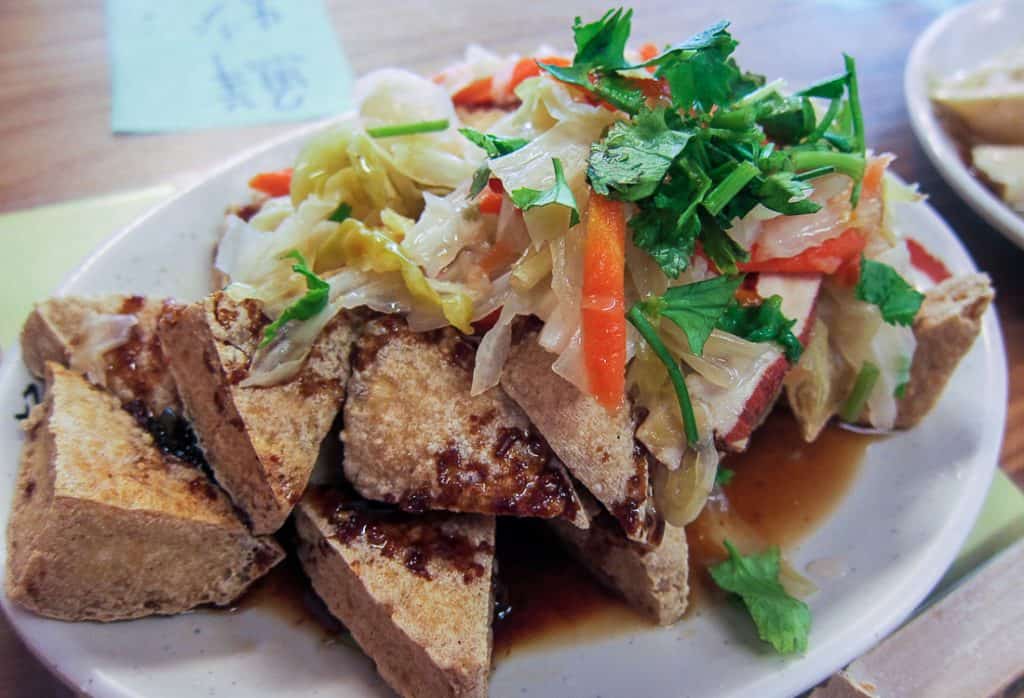 In the afternoon, pay a visit to the National Palace Museum. Home to the world’s largest collection of ancient Chinese artifacts (nearly 700,000 items!), the museum is the best place to learn about China’s imperial history and culture.

Later in the evening, have a feast at Shilin Night market. This night market is the largest and most famous one in Taiwan, featuring an amazing array of mouth-watering street food! It’s also good for shopping as there are plenty of stores selling clothes and accessories. 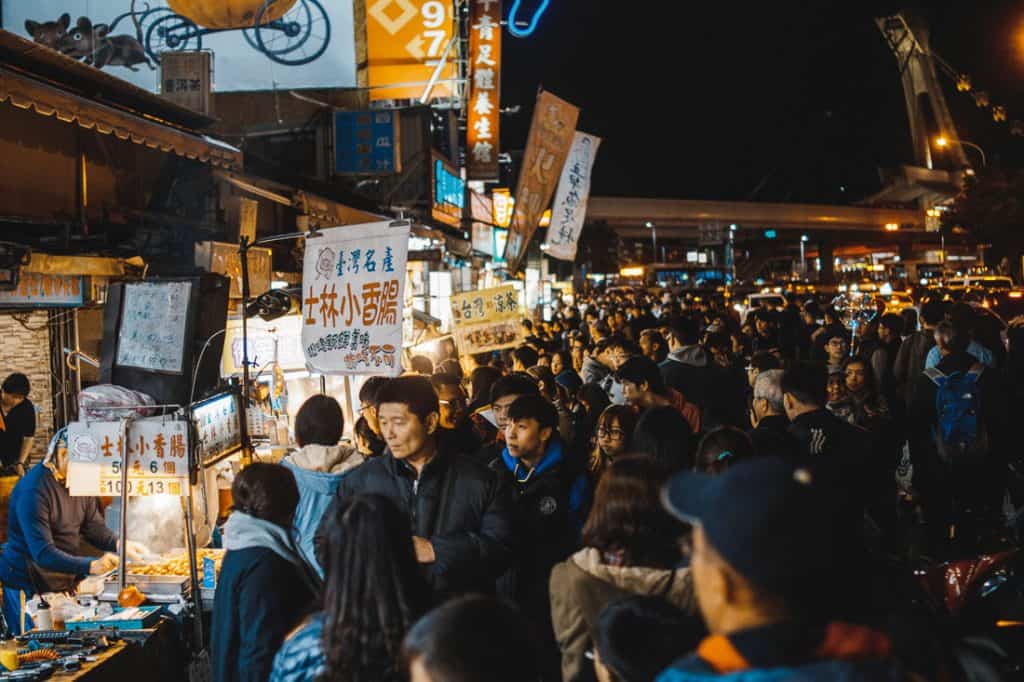 Where to stay in Taipei

For upscale accommodation, I would recommend Xinyi District. Most luxury hotels like Le Meridien, Grand Hyatt, and W Taipei are located there. This area is safe, close to metro stations and convenient for shopping and dining.

Once you’ve seen Taipei City’s main attractions, why not get out of the city for a day and get some fresh air?

Yangmingshan National Park is a popular scenic destination that is easily accessible from Taipei City. It is known for its unique volcanic terrain and spectacular mountainous landscape.

Jiu Fen is another popular day trip option. This old gold mining town is a charming and delightful gem. Red lanterns fill the narrow cobblestone streets. Can you believe that this place serves as an inspiration for Hayao Miyazaki’s animated film Spirited Away? If you have time, plan to make a stop at Shi Fen for the beautiful cascading waterfall, and Ping Xi for sky lanterns! 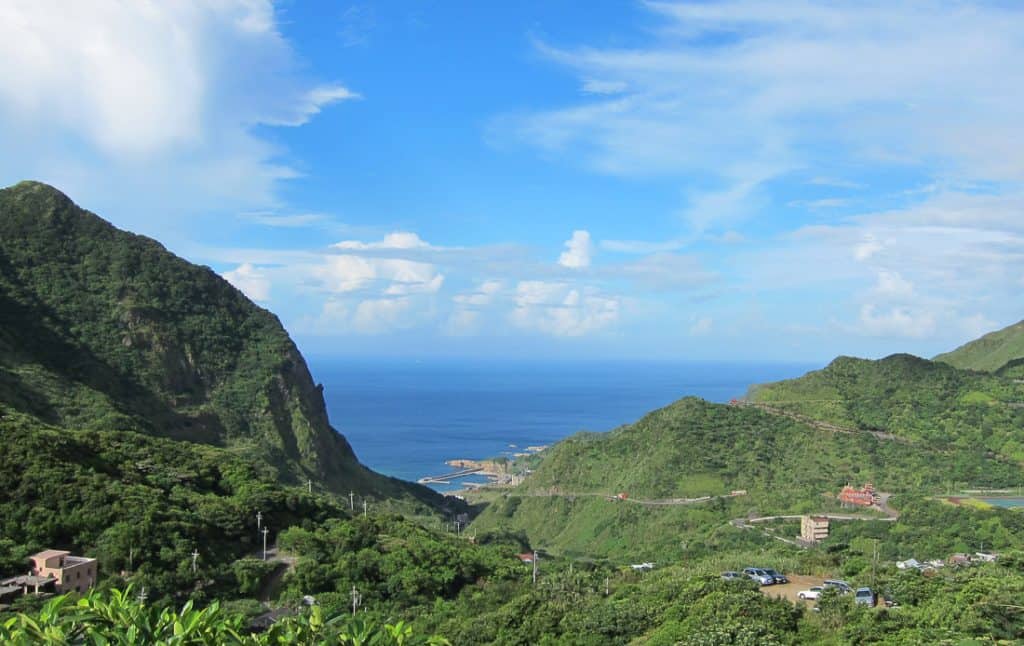 Utilize these 5 tools to help you plan trips around Taiwan.

How to get to Taipei from the airport

There are several ways to get from Taoyuan International Airport to downtown Taipei.

The Taoyuan Airport MRT is the fastest and most convenient way to get to Taipei. MRT, short for Mass Rapid Transit, is the Taiwanese version of a subway system. Accessible from both Terminal 1 and Terminal 2, the express train will take you straight to Taipei Main Station in only 36 minutes! A one-way ticket is NT$160 (equivalent to approximately USD$5.47).

Once you arrive at Taipei Main Station, you can easily transfer to Taipei MRT that takes you to other parts of Taipei city.

For more information on how to take the MRT, check out this post on getting around Taipei by subway. 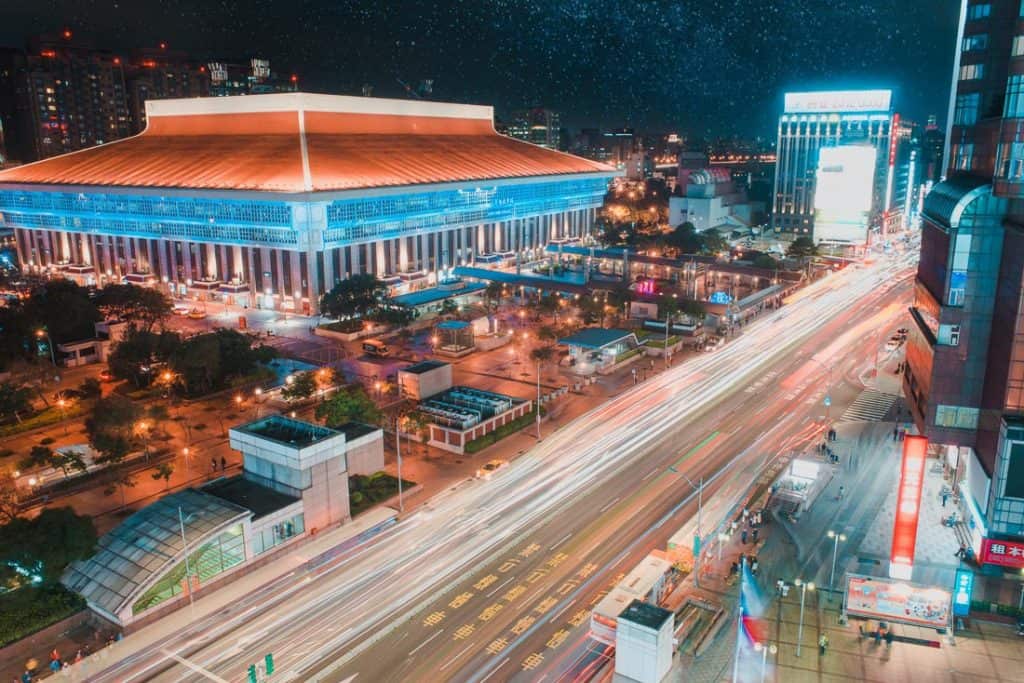 Buses are also available from the airport. They leave frequently, have long operating hours, and are slightly cheaper than MRT – fares are around NT$140 one way.

Kuo Kuang Bus, Evergreen Bus, and CitiAir Bus run many different routes between the airport and the city. 1819, for example, operates 24 hours and departs from both terminals to Taipei Main Station. 1840 travels to Songshan Airport, making several stops along the way. 1960 East services to Taipei City Hall.

If you’re traveling in a group, taking a taxi might be more cost-effective. Fares are based on the meter. Depending on where you’re traveling to the city, the ride costs around NT$1000 to NT$1200.

So there you have the best things to see and do if you have 2 days in Taipei. The city is packed with delicious offerings, fantastic shopping hotspots, and fascinating cultural sites. You’re gonna love it! 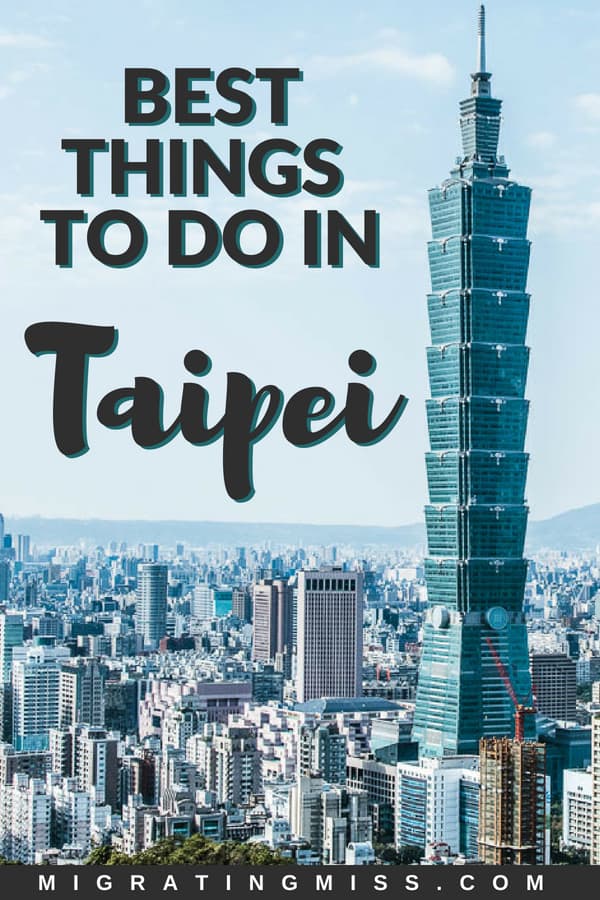