Welcome to the first post of many about Spain! These are about living abroad in Spain, or teaching English in Spain. I want to share the journey of how I came to be in living in the south east corner of Spain, in a city called Almería.

It would be an understatement to say I was sad after my working holiday visa for the UK ended. It was more like I was devastated. Months of searching for a job that would allow me to stay, since mine wasn’t eligible for sponsorship, had come to nothing. After three years away from New Zealand and with debt to be paid, I had to go.

When my visa actually ended I went for a two week holiday around Europe before I took the risk of returning on a tourist visa. Even though I was returning to Scotland I was anxious when I left on the flight away. By the time it came to actually leaving I think I was numb, and seemed to stay that way for awhile.

Except for the crying, if you know me, you know I cry at ANYTHING, and this was most definitely not an exception. I cried most of the flight back to Australia, where I was headed to live with my parents so I could get myself sorted, whatever that meant.

Now that I’ve set the scene for how much of a downer I was on after travelling, I’ll skip the rest of the sometimes not so great parts of travel leave that for another post. In summary, I wanted to leave again, and I needed some way to do it.

So how did the low of my visa ending and having to return home become moving to Spain?

Before you say it, I know moving to Australia wasn’t the end of the world, even if it is close to it! I had valuable time with friends and family, a job that paid well, and in looking back at 2015 I was able to see how many personal goals I had achieved. Plus there’s no denying Australia is beautiful and the weather’s far better than the UK!

When I left I knew I wasn’t ready to settle in Australia, and it was just a matter of time before I found some new adventure. I also knew I wasn’t done with Europe, because can you ever be?! Ireland was on the list of possible options for another move, but as much as I love it I was afraid of the economy and getting a job. Next on the list were Germany or the Netherlands, but what would I do?

My jobs since university have all helped me in some way, but none were really passions or even things I particularly wanted to do. Mostly I just needed a job, or rather, money! Has anyone else had this problem after university?! After five years I’ve been wanting to do something I actually WANT to do.

Enter my friend Rachel. After university she moved to Spain to be an English Language Assistant. Teaching English is something I’ve talked about doing for years, except I had always considered it in Asia, especially after first being offered a job in the beautiful town of Guilin in China when I travelled there in 2011. After that I vowed at some point I would teach English as a job.

On a whim, or rather, in desperation for an escape back to Europe, I asked Rachel about how she was able to get her job in Spain. I’ve spoken before about how little decisions can snowball into big adventures, and this one is no exception. A quick google search later and I was applying through the New Zealand version of the Auxiliar de Conversaciòn program, or English Language Assistantships, with no clue what could actually happen!

What is the Auxiliar de Conversaciòn Program?

The Auxiliar de Conversaciòn Program, or English Language Assistantships Program runs between Spain and English speaking countries. I know of at least New Zealand, Australia, the United Kingdom and the United States. The program places you in a school for 12 hours a week helping the students improve their English, in return for €700 a month (or 16 hours for €1000 in Madrid). You make your own way to the country and find your own accommodation, but the program also provides you with medical insurance and a visa. There are 80 places for Kiwis, and I’m sure there aren’t 80 of us here (get applying guys!).

After I applied I realised I had heard about this all before, from one of my favourite travel bloggers ever, the Young Adventuress. This program is when she started out travel blogging. The low hours each week mean plenty of time for other things, and I plan to take full advantage of that too!

So that was it. I found out I was accepted, I chose my preferred provinces, and by some stroke of luck I was placed in the exact same city as Rachel!

I chose Andalusia because it’s a warm area of Spain even in the winter, it’s cheaper so I can afford to live and I knew it was beautiful because it’s the only area in Spain I’d been to before. Other that that choice I could have been placed anywhere, but I’m lucky enough to be helping in both a secondary school and a primary school in Almería.

It’s hard for me to think back on how I felt and the dark patch I went through after leaving the United Kingdom. Travel isn’t always happy, sometimes you have to make choices you don’t want to, and sometimes you have to go home. In some ways I think travel and moving abroad contributed to me sinking to the lowest point of my life so far. While I don’t like to dwell on that and I prefer to speak of the positives, I hope to be able to write about some of those realities soon.

For now, Spain is my home. I’ll be living here for about the next six months at least, so please come back and follow the journey of living in Spain, and teaching English in Spain! 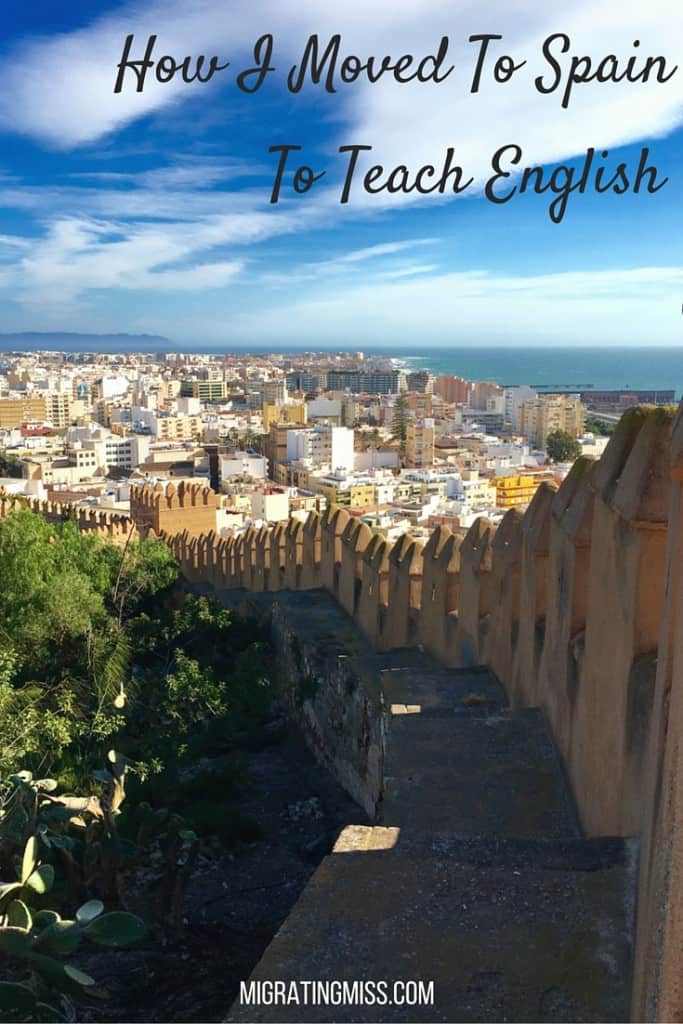 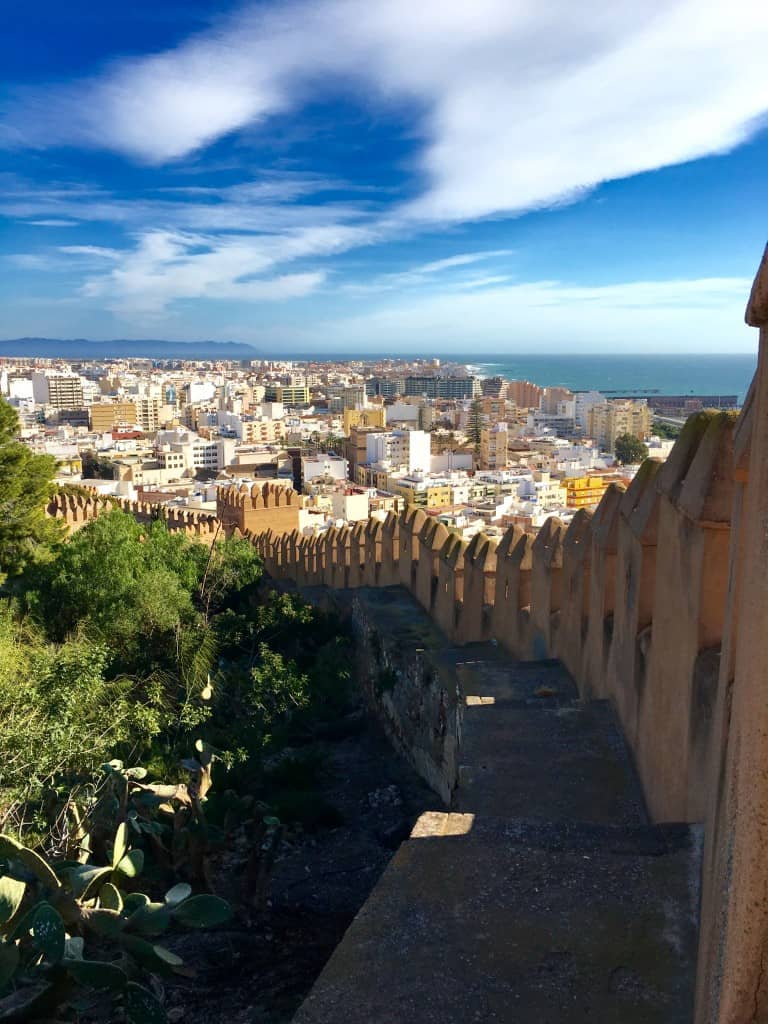 37 thoughts on “How I Moved To Spain To Teach English”