Skip to content
This post may contain affiliate links that I earn a small commission from at no cost to you. Please see my disclosure page for information. Please check for current circumstances before travelling.
The next installment in the Expat Interview Series! I’ve reached out to expats in different countries to hear why people might choose to move abroad, and how they do it. If you want to know more about moving to a particular country this is the place. If you’re interested in taking part or want to see a certain place featured let me know!

In the two years I’ve been interviewing expats around the world, Germany has always been a popular expat destination. With previous interviews in Berlin, Dusseldorf, Bavaria, and Regensburg, I’m excited to add Frankfurt to the list for anyone looking to move to Germany! Read on to find out why Alisa from Alisa Jordan Writes decided to make the move from London to Frankfurt.

Why did you decide to move abroad?

Living in my home city London was great, but there was always something in the back of my mind telling me that there’s even more out there to discover. So I listened to that voice in the back of my head, packed my life into two suitcases and relocated to Frankfurt, Germany. 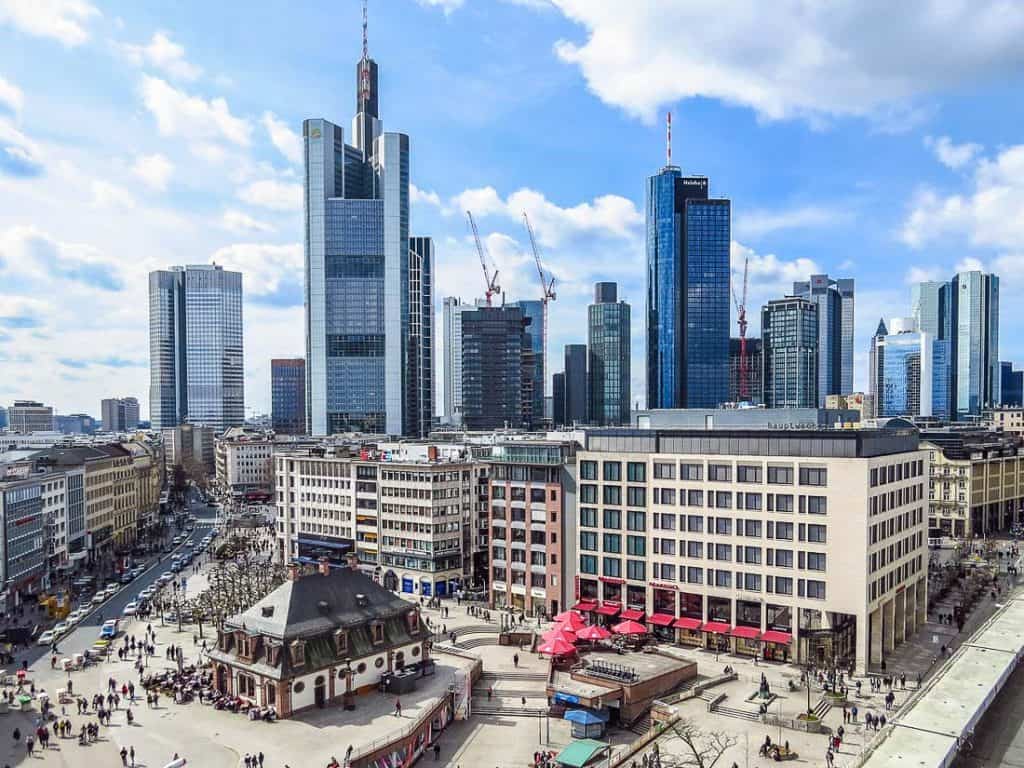 Why move to Frankfurt?

Honestly, because this is where I got a job. My main aim was to move to Germany and I was happy to relocate to any major city to get here. But as Germany’s most international city Frankfurt has expats from all over the world, and I have never looked back since. I work at an international business school and my team consists of a Londoner (me), a German, a Mexican and an Australian. Whilst English is our working language, we have a bilingual work environment, which adds even more diversity to the team.

Whilst Germany isn’t too far from England in terms of culture, it definitely has it’s differences. The main difference for me is that Germans generally like to keep their work life and their home life separate. I struggled with this at first because when working in London it was almost expected that you’d get to know the people you sit with for 35-40 hours very well and my colleagues became my friends. However, Germans don’t tend to have the same mentality, which means people can come across as being unfriendly or cold. I have however met some of my closest German friends at work, so this could be something that is changing amongst younger generations. 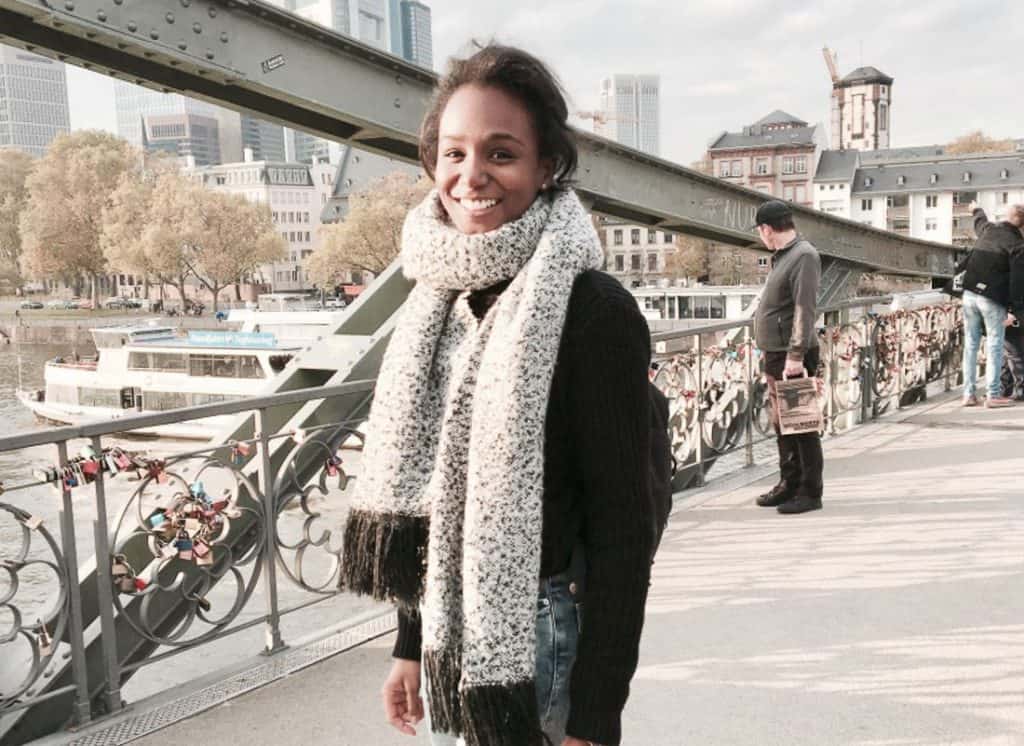 How else did you make friends in Germany?

Making friends wasn’t hard as living in Frankfurt there were many other people who had been in the same boat as me. I pushed myself out there a lot. I joined Facebook groups, would openly mention that I wanted to meet new people, always asked others to meet up, and purposely chose to live in shared accommodation. I met so many people when I first got here and wasn’t afraid to turn up to parties on my own. Of course, I didn’t make best friends and stay in contact with every single person that I met, but it certainly helped.

There were also times when I felt lonely and had to adapt to no longer being surrounded by numerous friends from different friendship circles, but the benefit of this is that I have learnt to enjoy my own company and I spent a lot of the time on my own discovering the city by taking walks and going to exhibitions.

I also had to adapt to different personalities in that Germans can be quite reserved and sometimes take a little longer to let down the barriers. I initially found it a lot easier to connect with other internationals who come from cultures where people are very open from the get go. However, saying that there are also some situations where I don’t think that German’s are reserved at all! I’ll stick to the topic for now, but feel free to read more on this in my post “Shaking hands and getting naked: culture shock at its finest.” 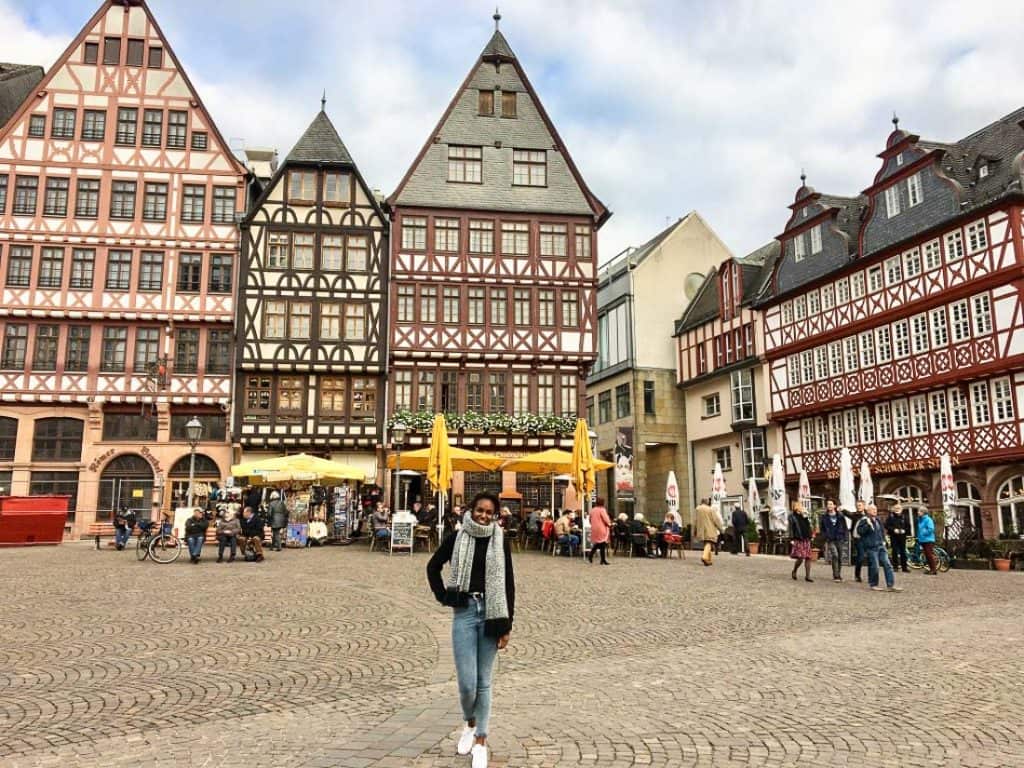 People often ask why I chose Frankfurt over London but I like to think I chose Frankfurt in addition to London. Frankfurt isn’t the most popular holiday location but a lot of people come here to work- it’s Germany’s business hub after all. As wonderful as London is, Frankfurt certainly has its specialties too: A beautiful skyline over the river Main, numerous festivals throughout the summer, countless museums and very good restaurants. If you like Thai, I would recommend Aroydee. It may not look spectacular from the outside but the food is mouth-watering, the portions are big and the prices are very reasonable.

Another thing that I love about being in Frankfurt is the location. Being in the centre of Germany means it’s easy (and not too expensive) to travel the country and even go abroad to France, Italy and the Netherlands by train or car. As well as having visitors come here to see me, I often meet friends in other countries so that I can have a holiday too. 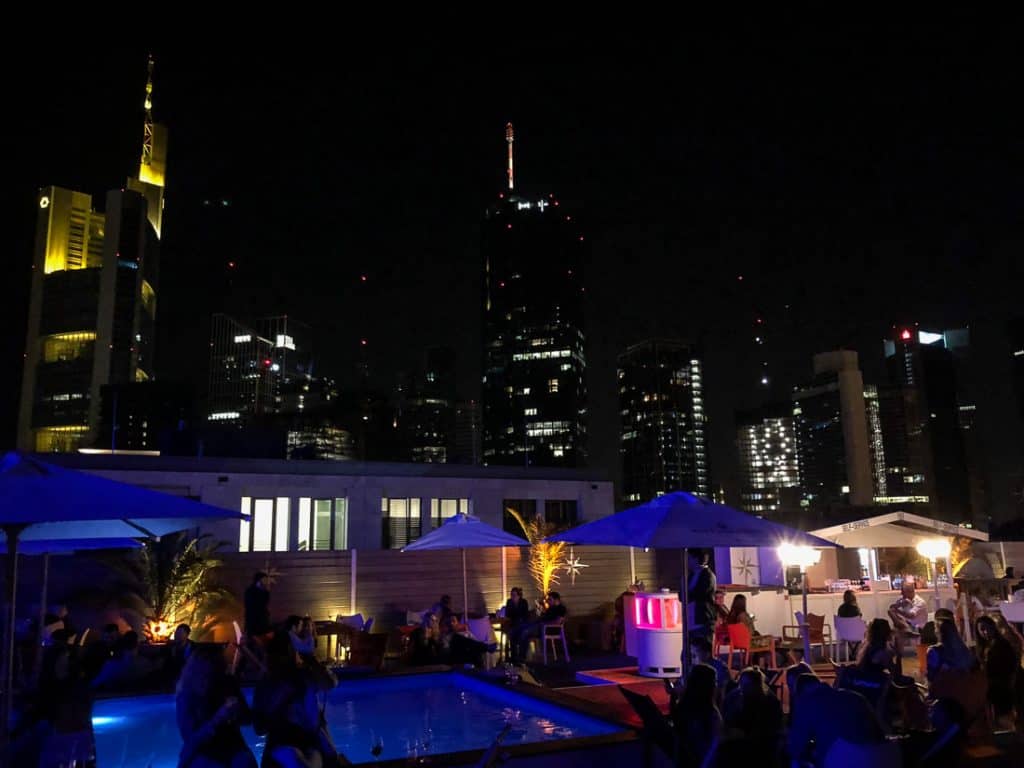 What’s the quality of life like, and cost of living in Frankfurt?

Frankfurt is Germany’s 3rd most expensive city but coming from London, I don’t find it too bad and my quality of life has definitely improved. I like that it’s a relatively small city in comparison to London, which means it’s quick and easy to get around to meet people and the trains aren’t too packed during rush-hour. You can travel from one side of the city to the other in about 30 minutes by train and if you want to explore the city centre, then you can do it all by foot.

Frankfurt is a popular expat city so you’ll need to be dedicated to your flat hunt. My personal favourite places to live (I moved three times in my first 6 months due to having temporary accommodation) are Bornheim, Nordend and Westend. I also have a few friends who live in Sachsenhausen, which is nice. You can expect to pay around 500 EUR including bills for a shared apartment, 600 EUR for a studio flat and around 850 EUR for a one bedroom apartment. For being located directly in the city, I don’t find these prices too bad at all. 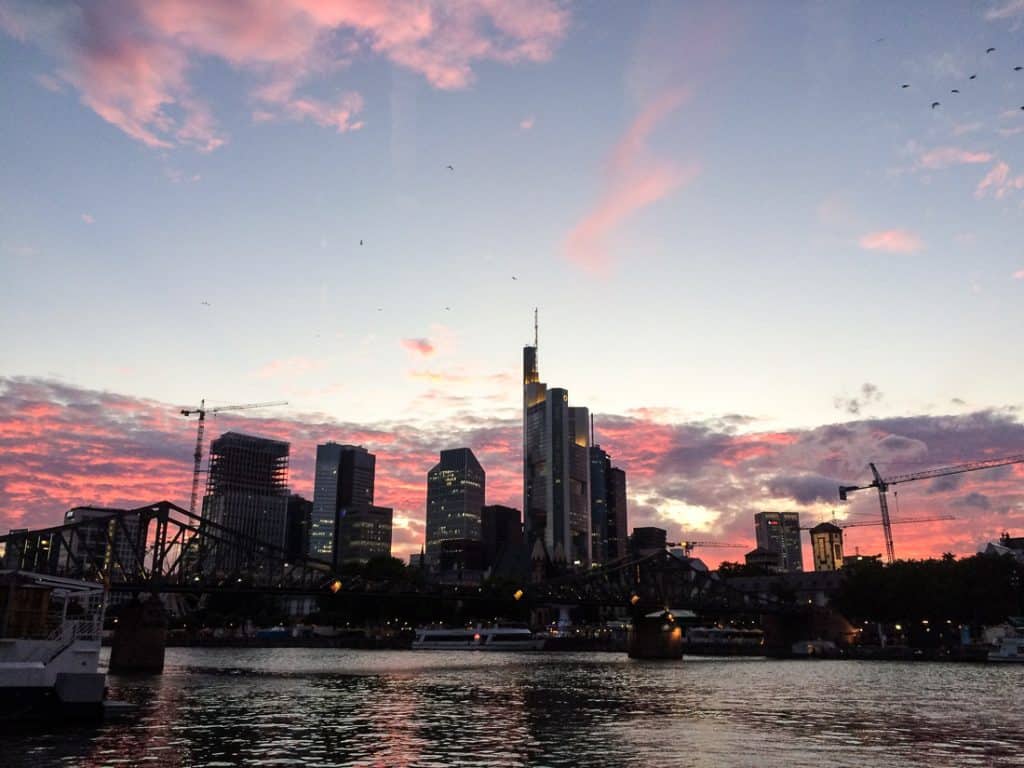 What’s your best advice for someone moving to Frankfurt?

If you’re thinking of moving to Frankfurt but are still in two minds, my advice is to come! I wasn’t even familiar with the city before I moved here, and although I miss my friends and family in London, moving to Frankfurt is one of the best decisions I’ve ever made. An international city with open-minded people and a high quality of life that is easy to travel the world from. What more could you ask for?

4 thoughts on “Expat Stories: Moving From London to Frankfurt”