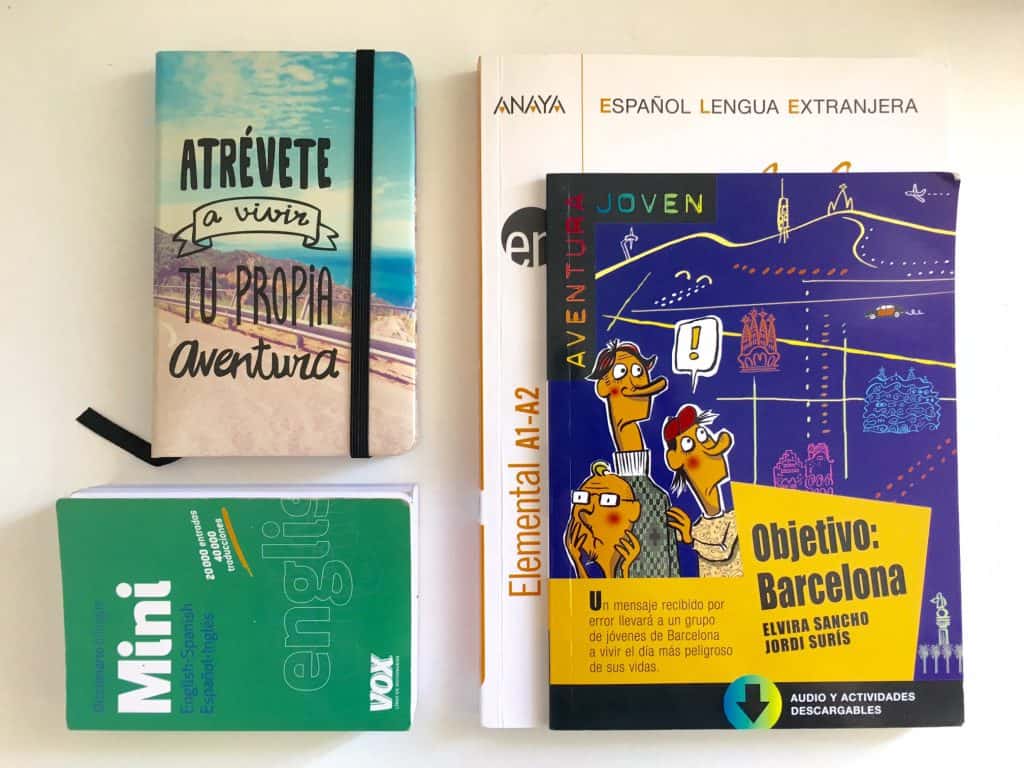 They say the best way to learn a language is to immerse yourself in it. They say go to the country where it’s spoken. They say if you can, live there.

What they don’t tell you about that method is that at first, it’s hard as hell.

When I told people I was moving to Spain, one of the first questions they would ask was if I could speak any Spanish. I would laughingly answer, “No! But I’ll learn when I get there!”.

Oh my niave self, I could slap you.

For the last 5 months I’ve been confused, frustrated, elated, exhausted, proud…and a myriad of other emotions I can’t even name. Learning a language is certainly a rollercoaster ride.

Choosing to learn a language in a country where it’s spoken seems like a logical idea, and it is a good one, but not without its drawbacks. Sure you have more opportunities to speak the language and to go out and put into practice what you’ve learned, particularly with native speakers, but if you arrive knowing next to nothing, it’s not going to be that easy to just pick it up.

Moving to Spain to learn Spanish makes sense. But I had this (ridiculous) idea that I would be able to learn a lot through osmosis. That I would slowly begin to absorb the language the more I heard it. This might be true, except when you start by knowing next to nothing, it takes actual learning to get to that point. I’ll admit when I arrived in Spain I understood more than I thought I would, but mostly all based on context and the handful of phrases I knew. Ask me to actually reply in Spanish, and I couldn’t.

But what about all that talk of learning more in a week on holiday than years at school?

I’ve always heard people say they learnt far more of a language on a two week holiday than they did during two years of school. That is probably true, but that learning on holiday was based on a foundation of knowledge. I learnt Japanese in school for two years, and I speak more Spanish in 4 months of living here than I ever spoke in Japanese. But if I’d had a basis of knowledge in Spanish, then I’d be miles ahead of where I am now. Learning a language abroad from scratch when you move to a country is not the same as practicing and building and on what you already know.

You still have to put a huge amount of effort into learning a language, even if you live where it’s spoken.

So how fast can you learn a language? It depends where you live, and on your job, and how much effort you put in. If like me, your job is teaching English or your work involves spending a huge chunk of time speaking in your native language then it gives you less opportunity to learn. You need to actually set aside time to practice. That means studying when you want to be out eating tapas. Although sometimes alcohol in language learning isn’t such a bad thing…

It would be easy to get to a level of language proficiency to get by and give up on the rest, but while living in a country that doesn’t speak your language has its perks, I think it’s important to strive for more than the basics. You might be able to order what food you like, and ask where the bathroom is but not go much further. I think this limits your social interactions and understanding of the culture. Plus, it makes you feel bad when you’re in a group situation and you’re the silent one in the corner. Awkward.

If I could move abroad to learn a language again, I’d do it differently. I’d try and learn more Spanish before I came to Spain because although learning here is great, I feel like the process could have been hugely sped up and much less stressful with a little prior learning.

The importance of choosing where you live for your language learning

One thing I am really grateful for is living in a place that’s not an expat or English speaking tourist hub. Something difficult to find on the south coast of Spain! When I first arrived in Almería, it seemed like no one spoke English at all! I had an awful first day at my school because I hadn’t even tried to prepare for nobody speaking any English at all. I spent a lot of time eating potatos because I recognised them on the Spanish only menus, and it was January, not a tourist in sight. But it was what I needed. Motivation to find a tutor quickly and start learning Spanish so I could cope in even the simplest of conversations. Like ordering cake. Because I really like cake.

Although Spain is obviously one of the best countries to learn Spanish, I wouldn’t say I can now travel to a lot of Spanish speaking countries and be fine. Learning a language abroad means you’ll learn a lot of the dialect of where you are, and if you’re travelling elsewhere within the country or to another country that speaks the same language, you’ll need to make an effort to learn the differences!

In short, moving to a country to learn a language isn’t necessarily the easiest way to do it… but I still think it’s worth a shot.

If you’re thinking about it, don’t be discouraged! I still feel like I’ve learnt much faster than I would otherwise, but I just could have made it easier on myself (but let’s face it, I never do that) by making more of an effort to learn Spanish before I arrived in Spain.

So here’s some tips, if you’re looking to learn a language in its home country.

At the end of the day, learning another language is awesome, so go for it in any way you can!

Have you tried to learn a language by living abroad or going on holiday somewhere? How did you find it? 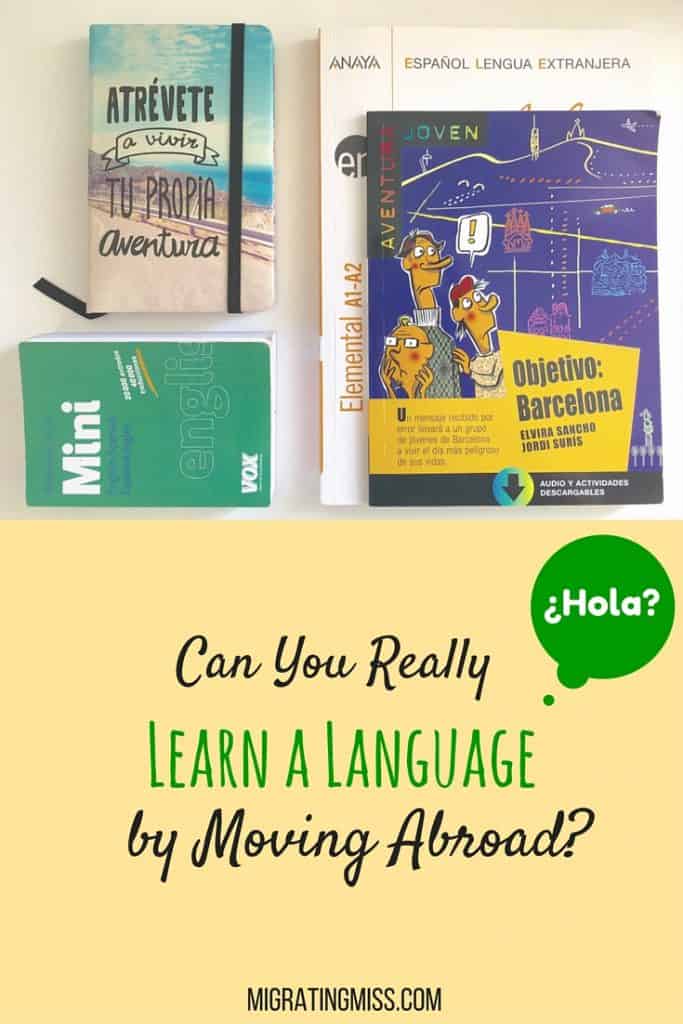 24 thoughts on “Can You Really Learn a Language by Moving Abroad?”