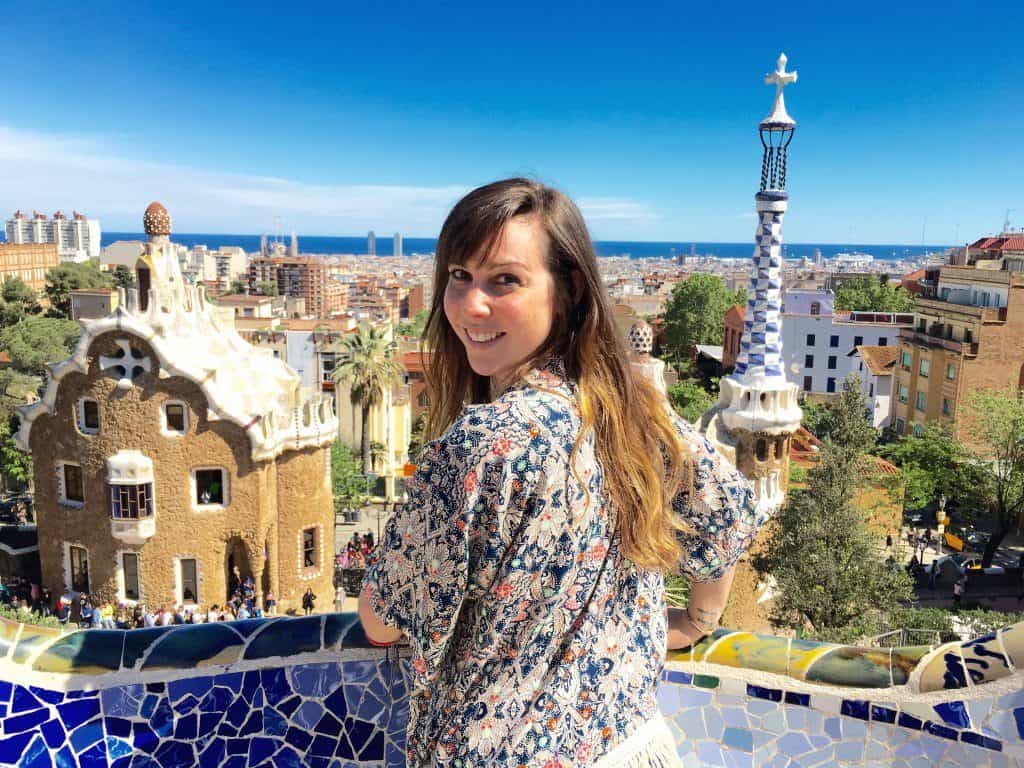 When I said I was travelling to Barcelona, no one hesitated to tell me how amazing the city is.  People told me it was their favourite city in Spain, in Europe, and in the world even! It would be fair to say I was pretty excited about my first foray out of Andalucía, and especially since I was visiting Barcelona, a place that seemed to promise so much.

But, while I was in Barcelona I found myself thinking, is this the place everyone told me about? Was I missing something? Dare I say it…was Barcelona overrated?

Let me just say, I’m the kind of traveller that looks for the positive in every place I go. In general, I’m always for giving the benefit of the doubt! I might prefer some places to others, but there’s always something that I learned or saw that I couldn’t have elsewhere. But while I was in Barcelona, I felt like I was supposed to feel something or see something, and it just wasn’t happening. It felt like I was missing the vibe of Barcelona that everyone had told me about.

So was my underwhelming feeling about Barcelona as a top tourist destination a question of expectations? Maybe. I’ve been pleasantly surprised before when I’ve had low expectations of a place, like when I visited Frigiliana in the south of Spain. Maybe this was a case of the opposite! Barcelona was supposed to be amazing, and while I was having a great time, it seemed to be down to the company rather than the place.

So what was wrong with Barcelona for me?

Nothing was wrong with Barcelona, instead, it was just different. Barcelona is big, confusing, and expensive for someone used to prices in the south of Spain, and while I can’t dispute it has some of the best architecture I’ve ever seen, it is a big city that obviously has varied architecture and isn’t always beautiful.

Barcelona is located in Catalonia, an area that is part of Spain, but that many people feel is very different due to the culture, language, and background of the Catalonian people. Some people feel it shouldn’t be a part of Spain at all and are campaigning for independence, so it’s not surprising that it would be very different to where I was living in Almeria, in southern Spain. I didn’t expect it to be the same, of course, but I suppose I expected more similarities than there is.

I’m used to an entirely different Spain than the one I encountered in Barcelona. My time in Spain has been cafes and bars with free tapas, beers in the sun and a relaxed atmosphere. It’s hearing Spanish everywhere trying to speak my own limited Spanish wherever I go. It’s pretty plazas and narrow streets. I guess I somewhat expected a bigger, and albeit somewhat different version of this in Barcelona, but instead, I felt like it was a completely different place. Which I suppose is the point of many independence supporters.

Barcelona’s a city, and I just didn’t feel it

Barcelona is a fast paced European city and I found it a little overwhelming. It has small alleyways in the Gothic Quarter, with multistory buildings and cafes that looked lovely, if very hipster and on the expensive side. When you get out of this area it’s just like another city, with rows and rows of apartment blocks and big buildings. Unsurprising maybe, and something that made me want to learn more about which neighbourhoods to visit in Barcelona and where the locals and expats in the know spend their time.

In Barcelona, I didn’t understand how things worked. Even the cities in the south of Spain, like Cordoba, Granada and Sevilla, have their differences, but I thought I would recognise a common thread in Barcelona. Nope.

Now I might be a bit of a small town girl, but that doesn’t mean I can’t appreciate big cities. I’ve fallen in love with the vibe of bigger cities in Europe before, but I just couldn’t feel it in Barcelona. This magic that you feel when you start to fall in love with a city and you wish you could spend more time there discovering it’s nooks and crannies and what makes it tick. 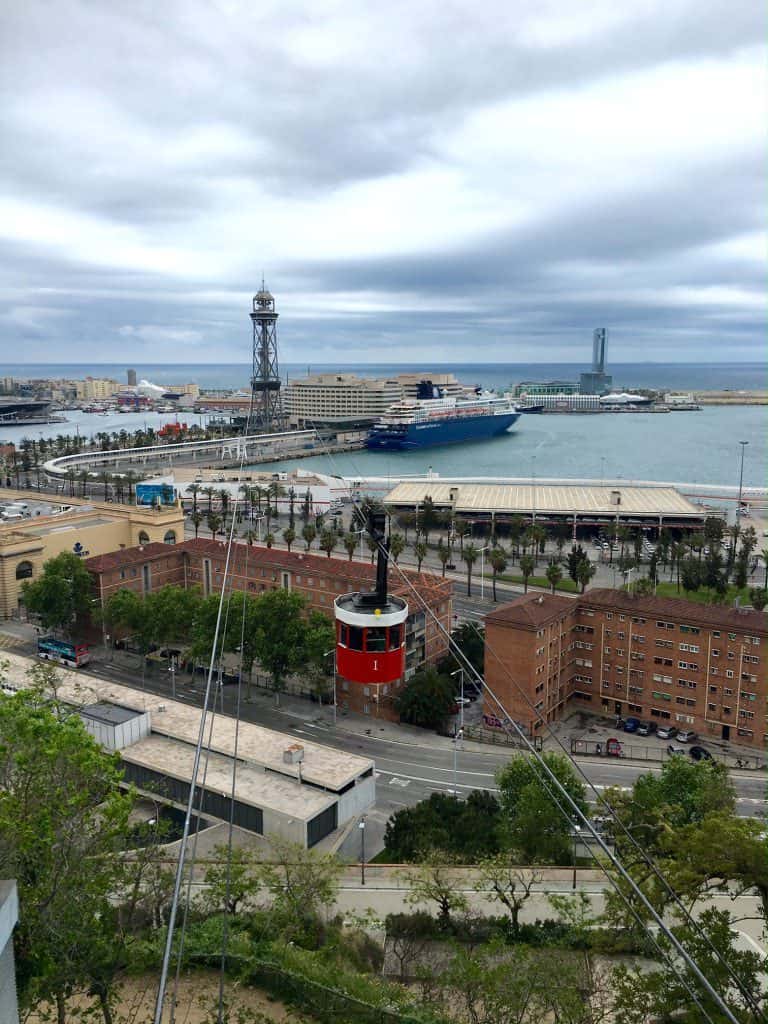 I was warned about the expense of Barcelona, so I wasn’t exactly surprised that things cost a lot more there. Tourist attractions were a lot more expensive than Almería of course, more in line with other popular European cities, but it was the food and drink where I really noticed the difference. I don’t know how other people afford to live here as English conversation assistants on the Auxiliar de Conversación program!

Barcelona is not a budget destination. In its defence, it’s the kind of city where you end up wandering and taking in the sites, so you can save your $$ a little, but I wouldn’t consider it to be a cheap weekend destination.

Accommodation wise, we were lucky to stay in a great Airbnb in the middle of the Gothic Quarter, but I have heard that it can be very expensive to find somewhere to stay otherwise. Our Airbnb was perfect for a couple or two friends who don’t mind sharing a bed. If we had been spending longer in the city I would have shopped more at a supermarket and made use of the kitchen there to save money. (Side Note: I received some credit off which helped and you can receive some off your first Airbnb too by clicking here!)

Having said I felt both underwhelmed and overwhelmed, there actually were parts of the city that I loved, that made visiting Barcelona entirely worthwhile. In my opinion, the best thing about Barcelona is everything Gaudí!

Antonio Gaudí was a Catalan architect who designed the most amazing buildings. He used very unique materials and designs, and his work can be seen all over Barcelona today. 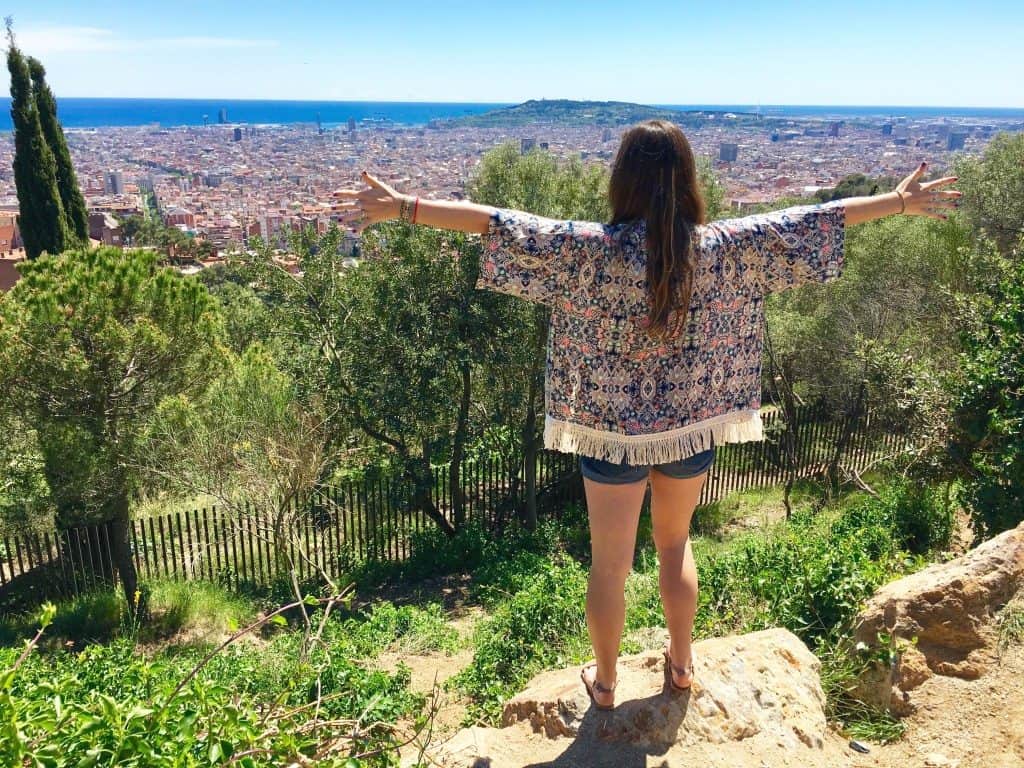 The best things in Barcelona

The Sagrada Família is Gaudí’s most famous work and is out of this world. From 1915 until his death in 1926 Gaudí devoted himself to the building of the Sagrada Família, but its elaborate design meant it wasn’t even close to being finished. Since then otters artists have worked to fulfill Gaudí’s vision, and it’s is expected to be completed around 2027.

I couldn’t even begin to capture the Sagrada Família in pictures, and I almost didn’t want to. It just has to be seen. The crazy minute detail, the different colours of the building materials used over 100 years, it all deserves to be examined with the naked eye. Even as you look at it you won’t believe it and be able to take it all in. I’ll always remember the Sagrada Família in motion in my mind, rather than in any pictures I took. 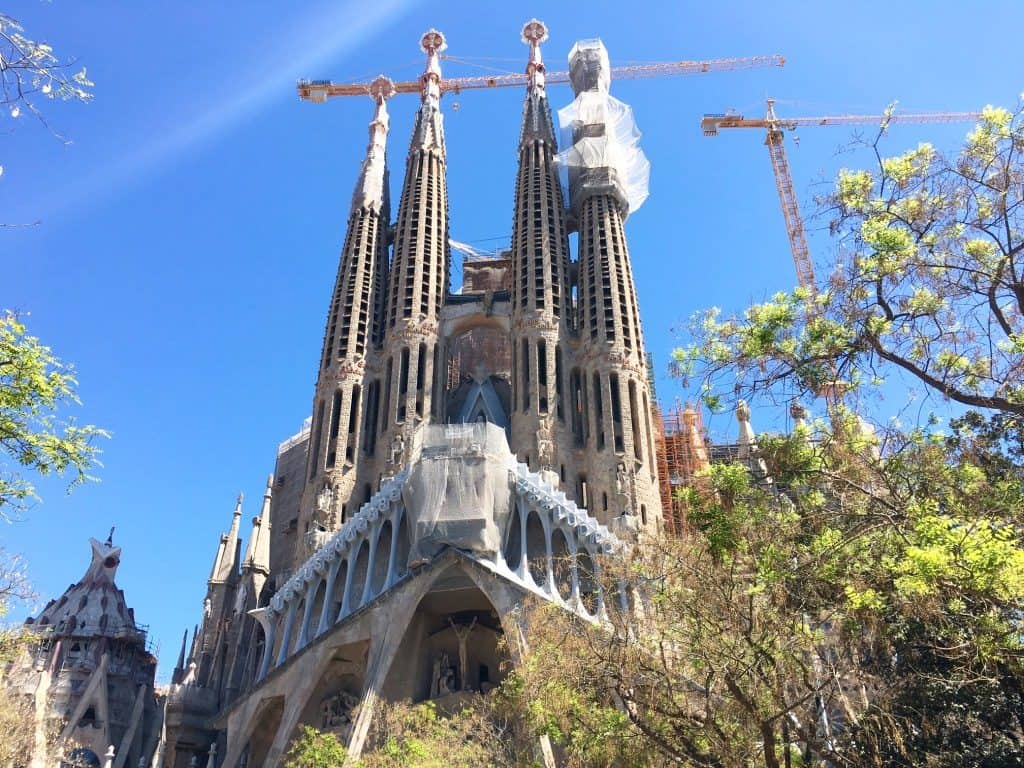 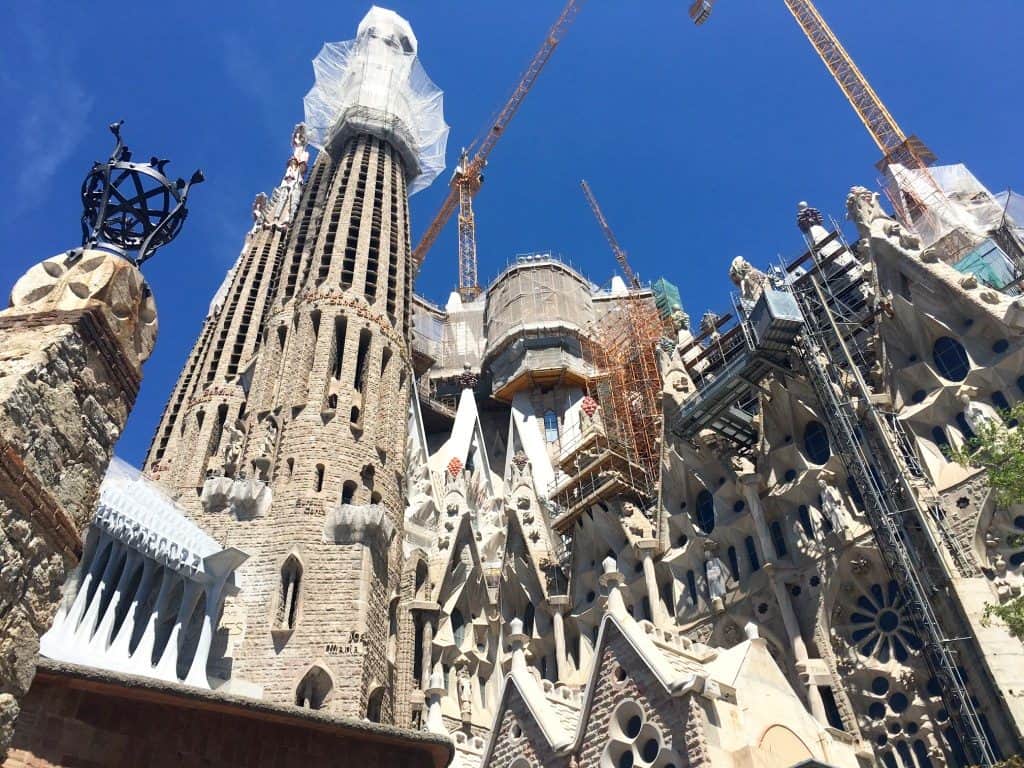 Park Güell was like a fairy tale come true and I loved it. Sure it was crowded, and some people pushed and shoved to get the pictures they wanted, but it was a dreamland in reality. The mastermind of Gaudí and Eusebio Güell, it was supposed to resemble an English garden town. Unfortunately, the location proved too difficult, and the project was abandoned.

Park Güell is gingerbread houses in real life, and once again everywhere you look you see something different. A plate built into a wall, dragon fountains, things that don’t seem like they should work but just do. Pathways that make no sense, but look beautiful. Does anyone create anything like this now? I feel like now we spend our time building things that are practical and cost-effective, with nowhere near as must artistry. No one would create something like this now. 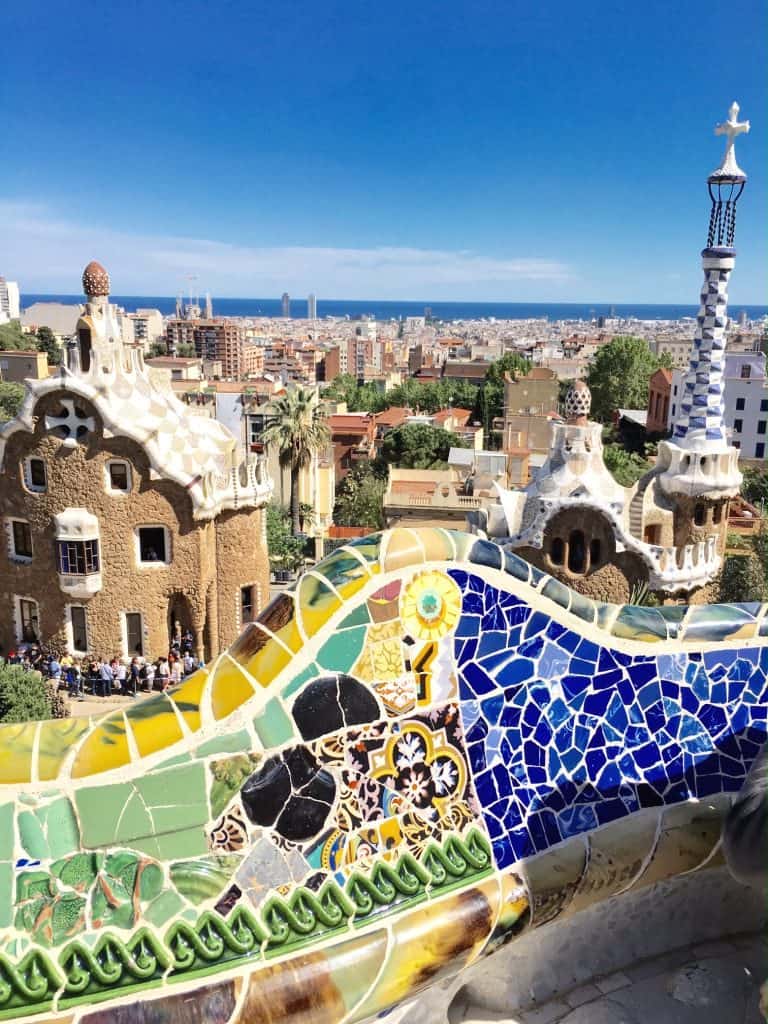 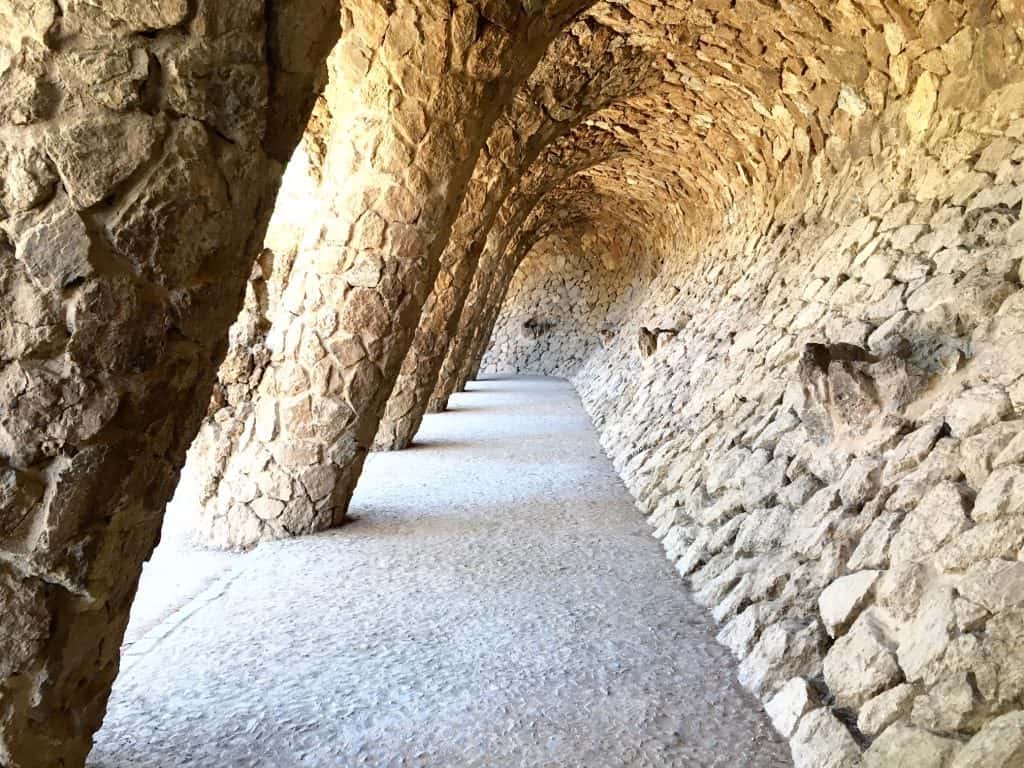 There are numerous other Gaudí buildings around Barcelona, and I only managed to make it to a couple. Casa Batlló is one of the most visited, along with Casa Míla.

I loved Gaudí’s Barcelona, but it was like all of Gaudí’s creations could have been anywhere, and had nothing to do with my overall feeling about Barcelona. 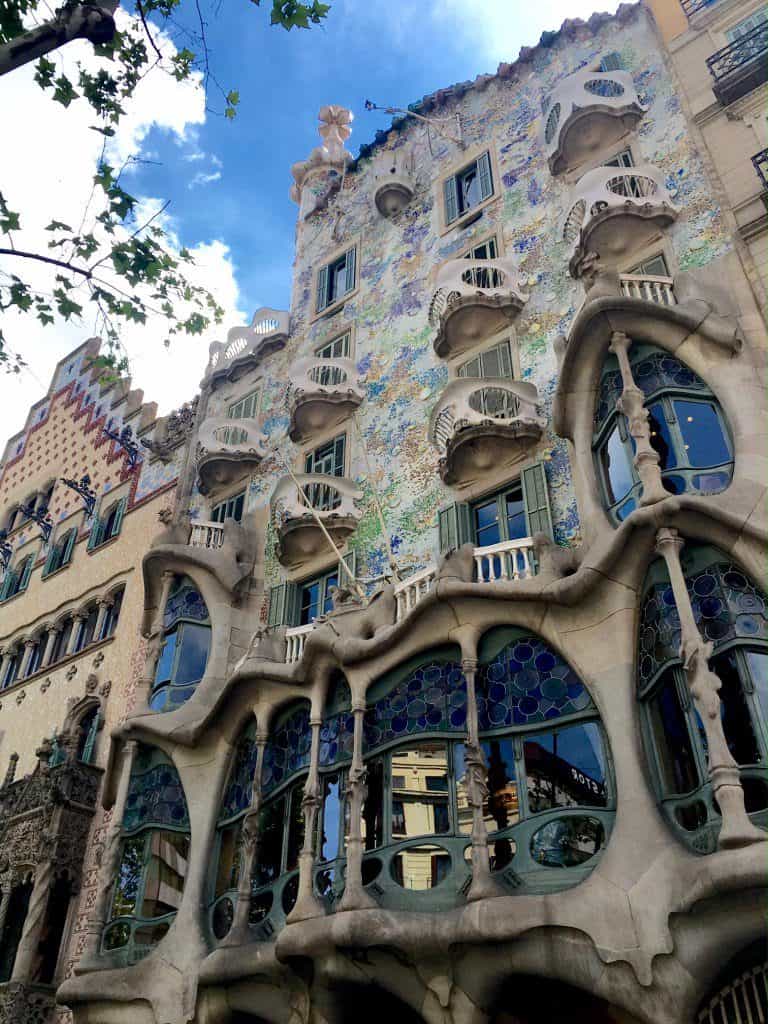 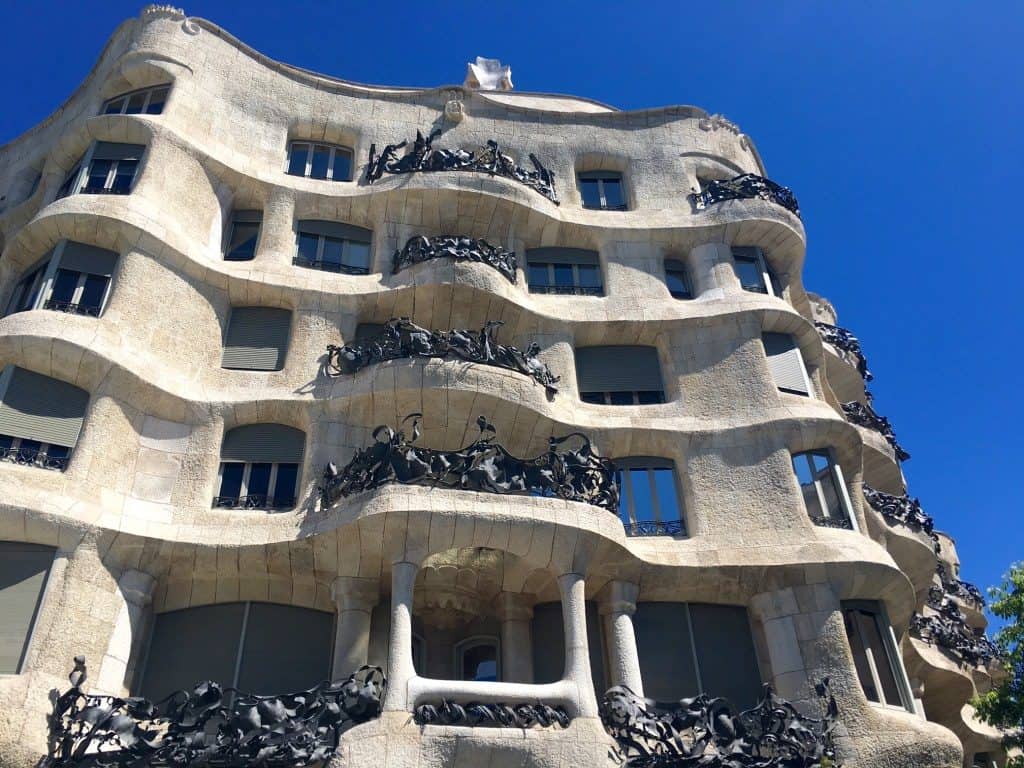 What would have made Barcelona better for me?

Having reflected more on it, I think Barcelona is the kind of place where you need an inside guide. For a short stay like mine, instead of just researching the main sites I wish I had delved deeper into guides on particular areas to go and places to eat. Or better yet, connected with a local in Barcelona.

I couldn’t seem to get a feel for the culture in Barcelona in the time I was there which is something I really appreciate doing when I visit a new place. It’s a cosmopolitan city and probably home to a lot of expats, but I’ve been to other places like that and still managed to feel like I understood a bit more about living there, even after a short weekend trip.

I think venturing out of the Barcelona a little would help with finding out more about Catalan culture. I’ve also seen some stunning pictures of places close by like Girona and wish I’d had the time for a day trip to Montserrat! Having at least one week in Barcelona or even more to explore the surrounding areas would have helped. 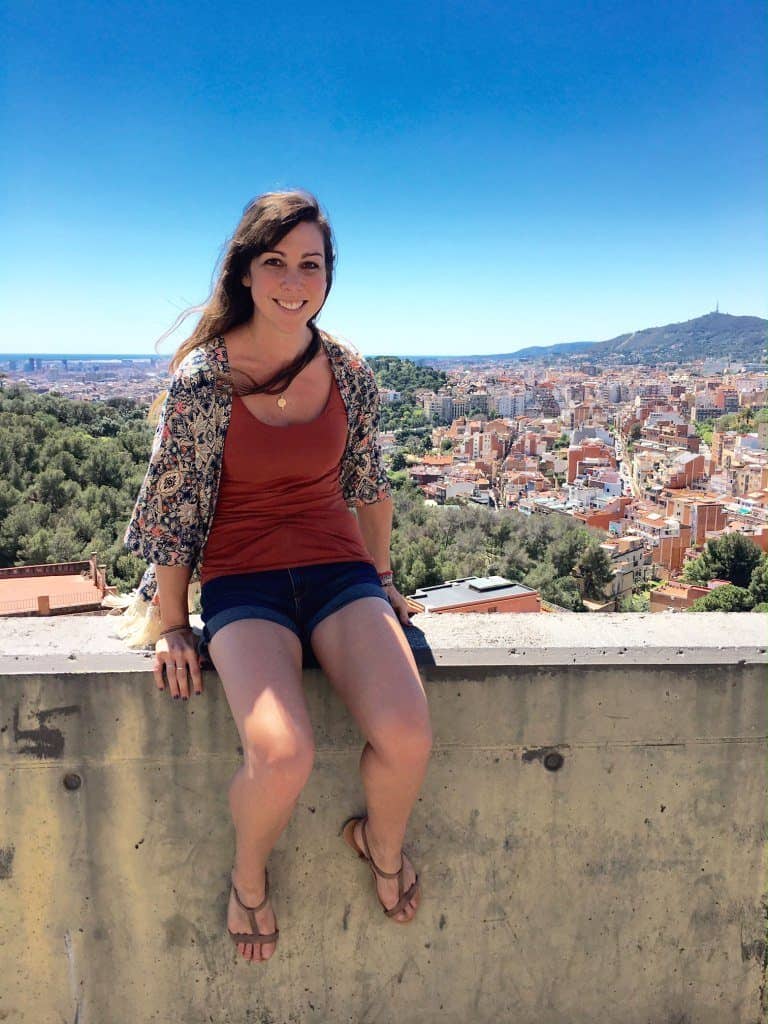 So was Barcelona overrated? Well ultimately, I had an amazing weekend with one of my best friends, and it left me feeling like maybe I hadn’t seen the best of Barcelona, not necessarily that it’s overrated. It’s not that I didn’t like Barcelona, I just didn’t get the hype. It’s still somewhere I would return to, and with the hope I could explore it more and find some of the magic!

What I do know is I may not have fallen in love Barcelona more than any other big European city I’ve been to. Does this mean it’s not worth visiting? Of course not, if only to judge for yourself.

Did I miss the point in Barcelona, because I didn’t fall in love with it like everyone seems to? 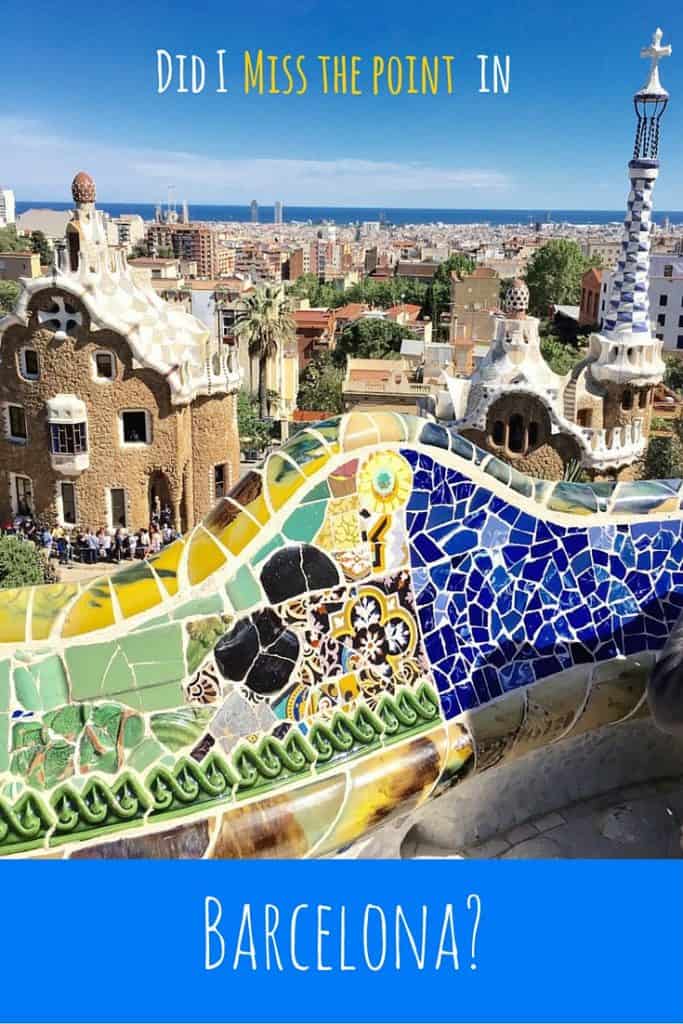 49 thoughts on “Did I Miss the Point in Barcelona?”