There’s something disconcerting about speaking to people you’ve known for years, and realising they can’t understand you. I’ve lived abroad so much that now I have to translate English into English! Most travellers of English speaking countries will realise, and expats in particular, that not all English was created the same. In fact, they might as well be completely different languages at times!

Picking up another accent

I was 16 when I first realised how big the divide in the English language can be. As a Kiwi in the midwest of the USA I was definitely not always understood, and I’m not just talking about the obvious difference in word choice. Asking if we’re “going into town today” was met with puzzlement and the answer that we live in town. I meant to any shops. They must have wondered what was wrong with me!

By the time I returned to New Zealand after almost a year away I had a half-baked Kiwi/American accent that sounded off in both countries. I lost most of it back to the Kiwi way, but some words have never come back. Bathroom versus toilet for one. 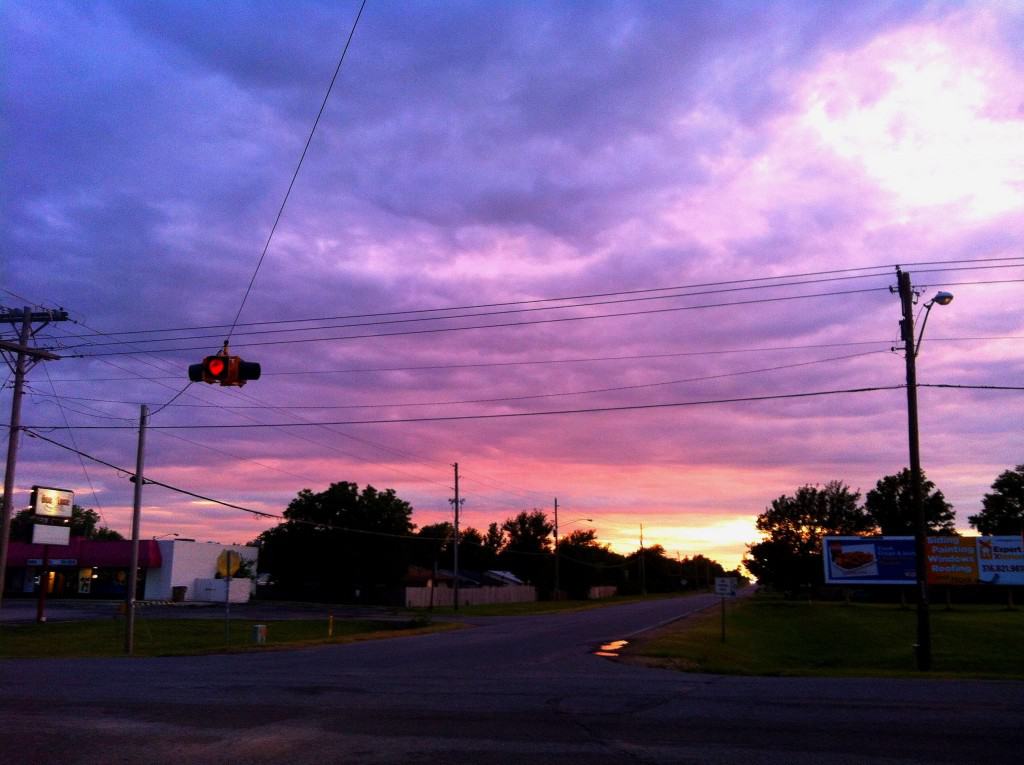 Being mistaken for another nationality

As I’ve travelled in my adult life people have often had trouble picking up where I’m from. Like most Kiwis I get mistaken for an Australian the majority of the time, but I also get American, Canadian and British. I’ve lived in all of those countries, so it’s not that surprising, but I guess realising each one has had and effect on my language formation is.

Having lived away from New Zealand for five years means that I’ve lost a lot of Kiwi slang, either through not using it because no one understands it, or because I don’t even know what’s cool anymore (sob). There are a few words I cling to like a lifeline and refuse to ever stop saying, purely because they’re so ingrained and I don’t think anything else is a better option. Give me a dairy, jandals and gladwrap over a corner shop, flip flops and cling film any day. 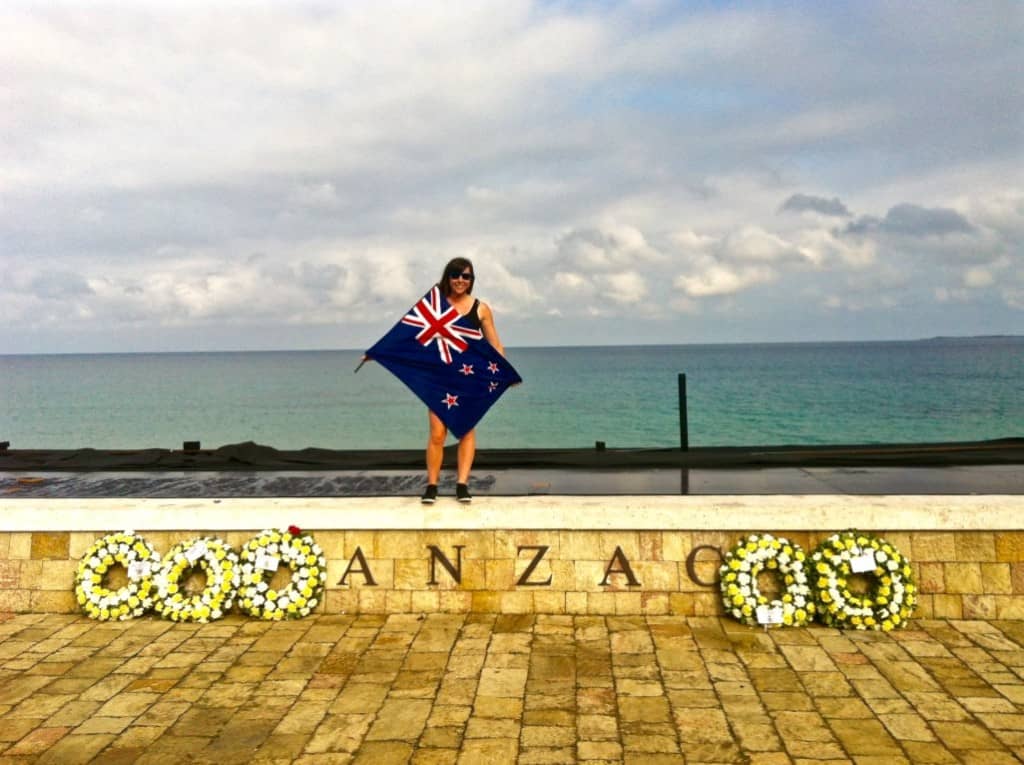 Changing the way I speak to be understood

When I meet new people I often subconsciously change the way I speak, sometimes enough that people I know realise and start giving me weird looks. This is partly from living abroad, and partly from having friends from so many different places. Did you realise there’s a particular way Germans learn English, or Spanish people, or French? There’s certain words they’ll understand, or ways of phrasing something, and once you know that, consciously or not, it changes the way you might speak to them.

Moving to Spain was the first time that I had lived in a country where English wasn’t the dominant language. It was a huge learning curve in trying to learn the Spanish language in between teaching English, but also in learning how to phrase things differently so that Spanish people could understand me better.

My Scottish flatmate and I would joke about how living in Spain made us forget how to speak English, but there was actually a bit of truth to it! I could tell my English was off, and when people would ask me how to say things correctly I would have to think very hard because I was so used to hearing English spoken in a different way that I couldn’t remember if it was right or not. So much for being an English teacher… 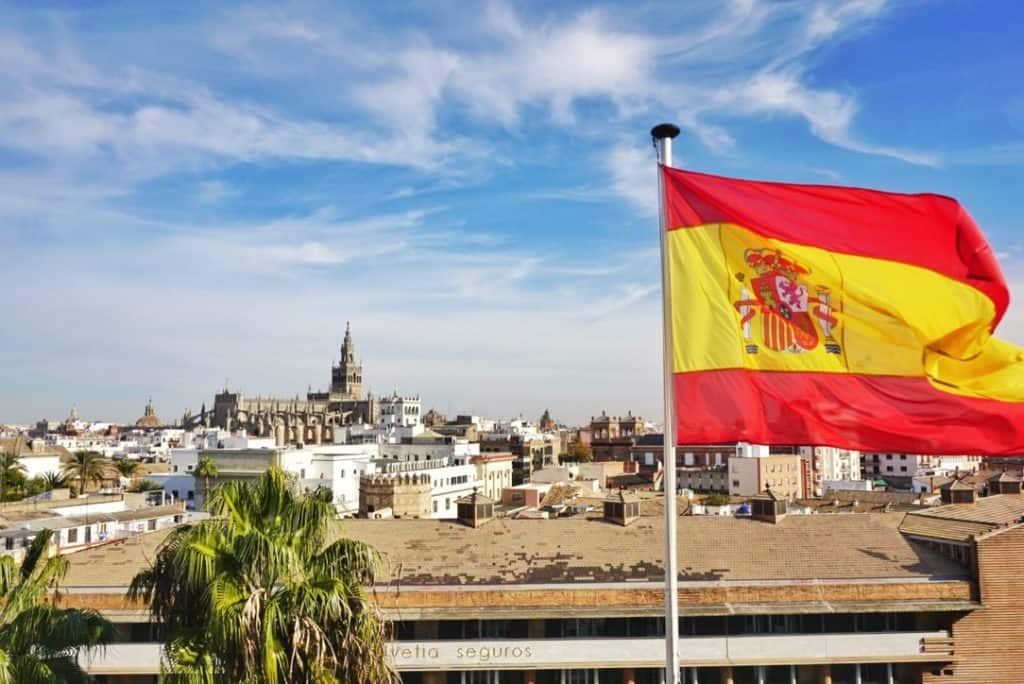 Trying to learn another language

Living in Spain gave me an insight for the first time into struggle of communicating in another language, and made me realise how amazing people who can speak fluently in more than one language are. As a native English speaker I’ve often felt guilty for only speaking English. My Spanish is still only low level, although I understand a whole lot more than I speak, so I still feel inferior at times when I have to answer the “how many languages question do you speak” when I’m travelling. Learning another language isn’t as easy as just moving to another country!

Learning another language actually teaches you a lot about your own language, and guys, English is HARD. I realised how many more different words we have for everything, or how colloquial our language can be. And that also made me more aware when I’m speaking to someone who is learning English and helped me to phrase things in a simpler way. Yet again, changing how I speak. 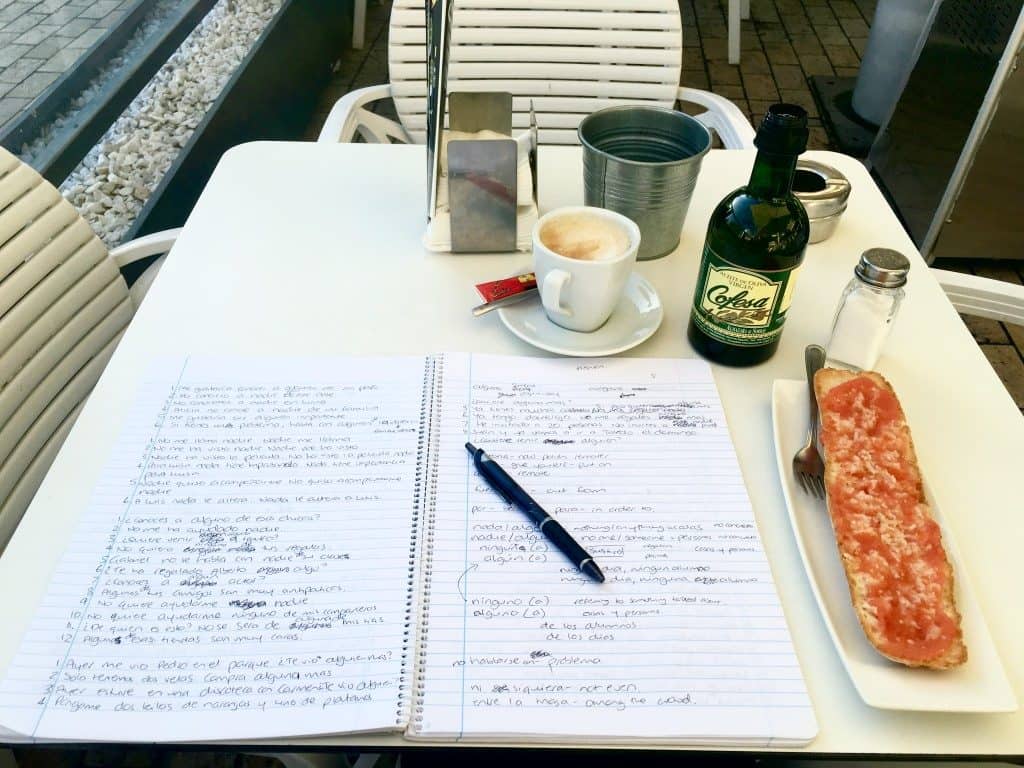 Realising how to speak differently to non-native speakers

One thing I have noticed is the difference when I’m with family members or friends who haven’t had experience teaching English or communicating much with non-English speakers. I don’t think it’s quite as dire as this BBC article makes out, but we definitely don’t make things easy on non-native speakers, whether we realise it or not! In reverse, I have tried to communicate in Spanish and had to ask them to repeat something or slow down and they haven’t made any adjustments to the way they speak to try and help me to understand. So simplifying your language to help someone understand goes both ways!

Having no clue what people are saying

When I first moved to Scotland I had a job where I had to speak to people over the phone daily. Mistake. I couldn’t understand people half the time, and I ended up employing the trick of saying “I’m sorry, the line is bad and I can’t hear you that well” which usually worked to slow them down instead of me having to say… um, what on earth are you talking about?!

Now I’m living back in Scotland I’m getting used to a wider vocabulary again, but also back to Scottish. It’s funny to think how when I first arrived that there was no much I couldn’t comprehend, and I still get tripped up, especially in a group of people all speaking or if I don’t hear someone properly. Add in an English fiancé who speaks like a whole other language again and I have no clue sometimes! 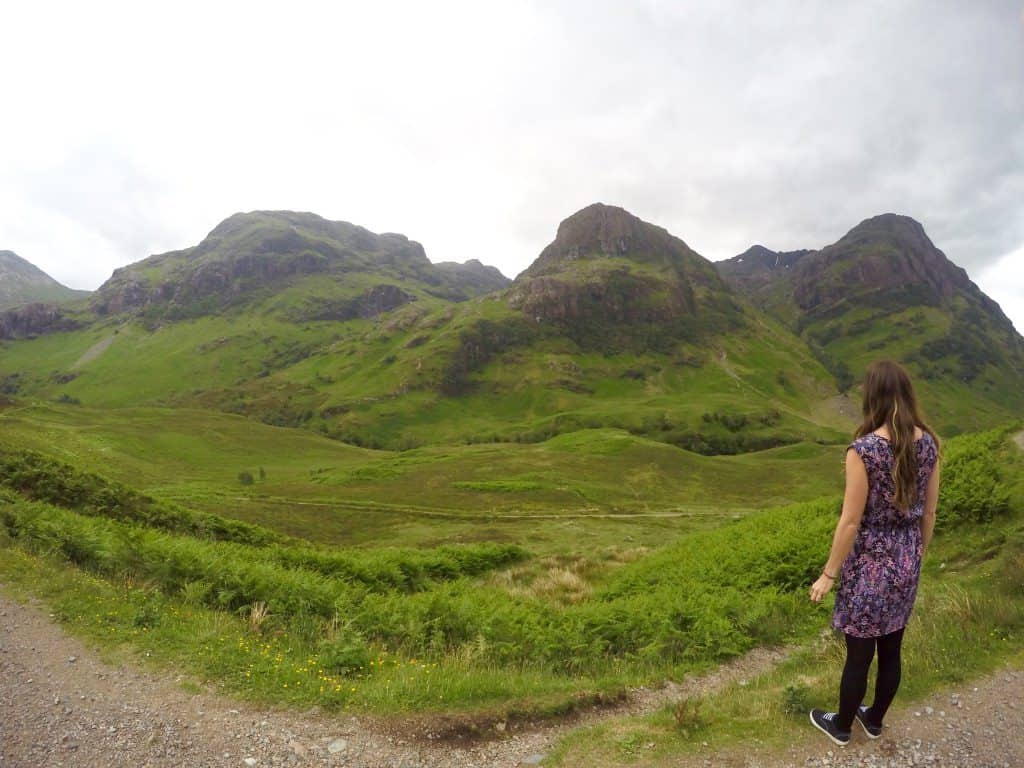 I feel like language as a whole is evolving around the world, as we become more globalised. On an individual level I have no idea how I’m going to sound in the future. Will I stop sounding like a Kiwi altogether? Incorporate more Scottish words and phrases? While not being easily identifiable as a Kiwi sometimes makes me feel a bit sad and disconnected, I also can’t help but be happy that I’ve taken on a more global accent. I am after all, an expat, and everything that goes with it.

Have you ever taken on another accent, learned a language, or realised your speech has changed? 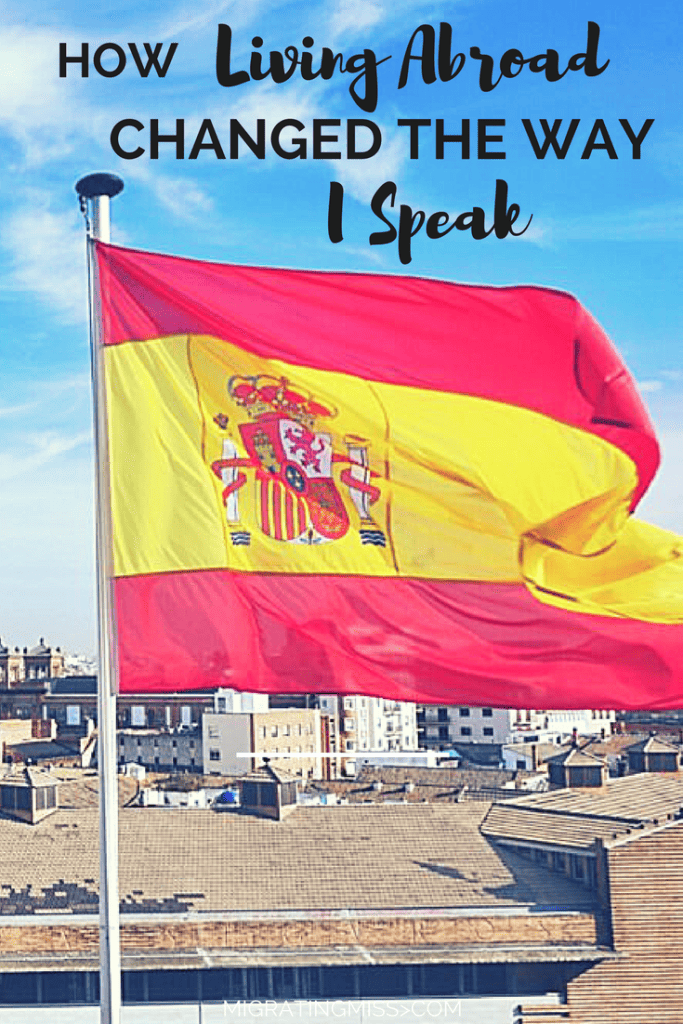 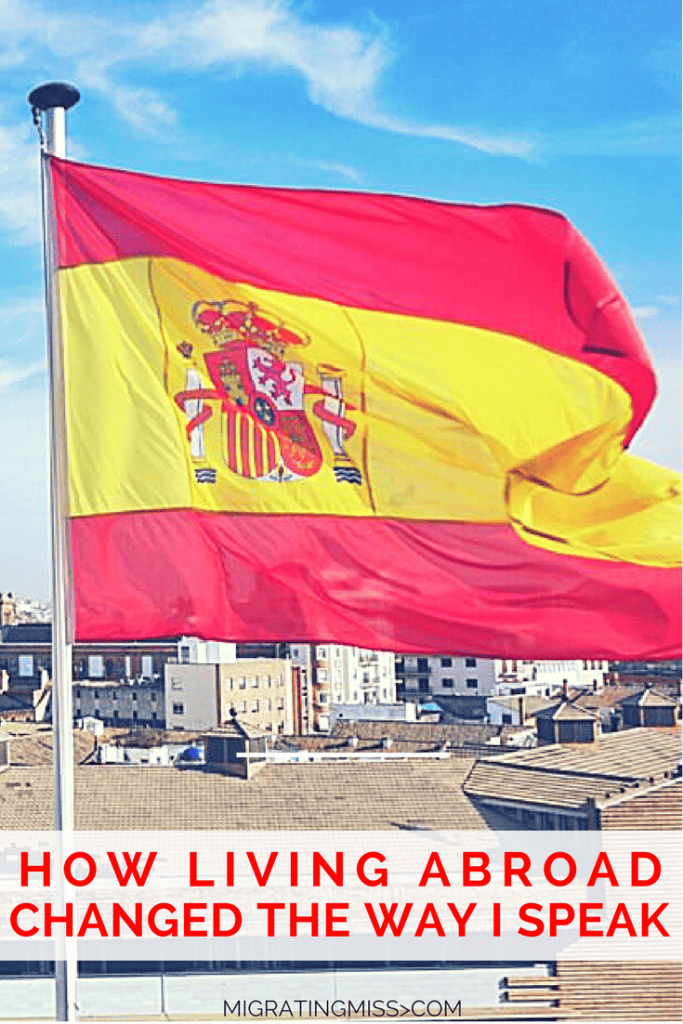